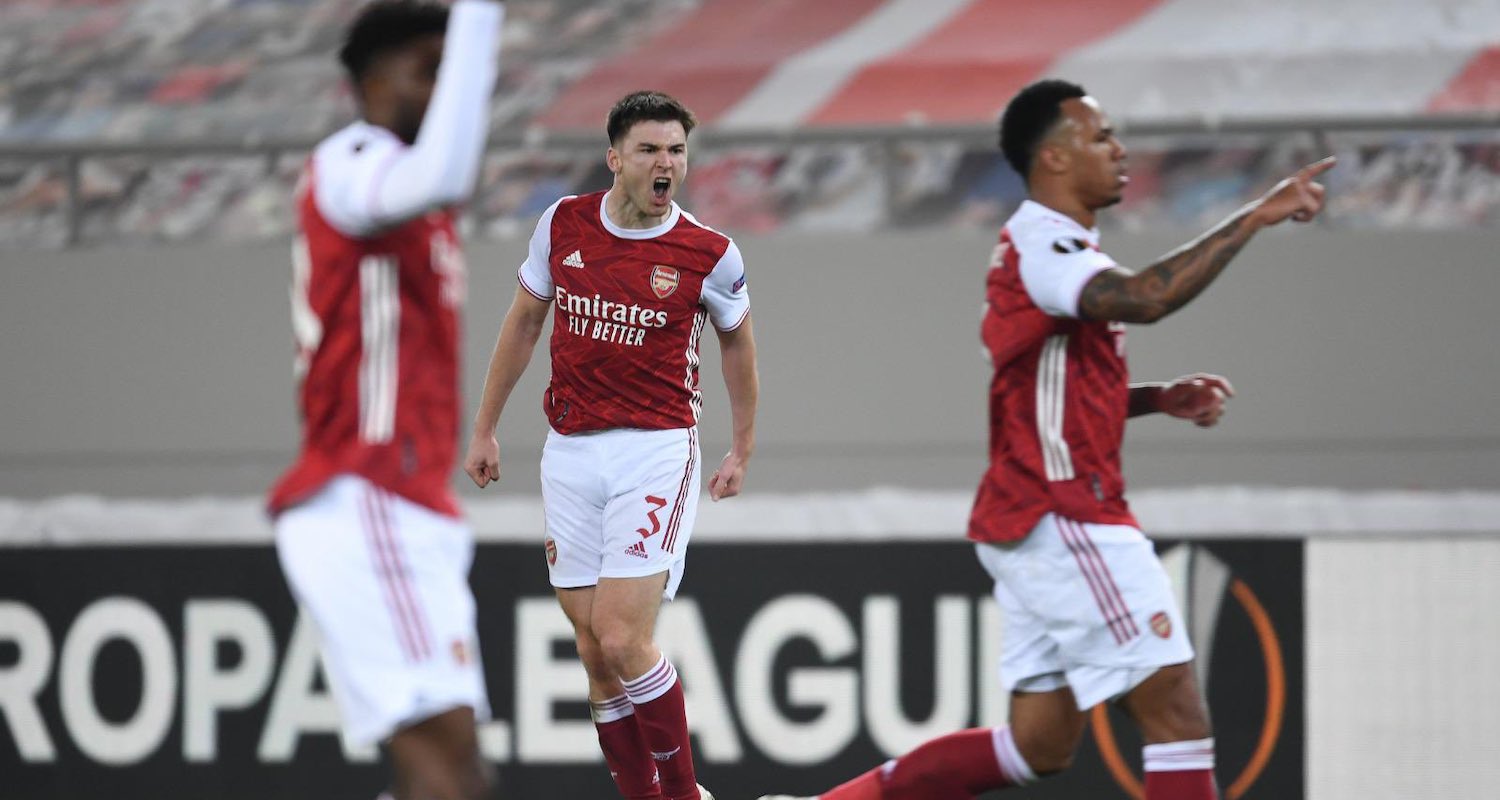 I know it may not be the overwhelming mood this morning, but I’m happy we won.

As I said yesterday, our biggest opponent was ourselves, and so it proved. Over the course of two legs we’ve played Benfica, and we’ve played Arsenal, and won. In those 180 minutes they scored a penalty, a brilliant free kick (albeit one conceded rather clumsily), and a goal we absolutely gifted them. Beyond that, they really didn’t cause us too much trouble, and despite our best attempts to push the European self-destruct button, we overcame the opposition and our inner footballing demons.

Let’s get the bad stuff out of the way first. The slowness. Argh. A game we should have really played at a much higher pace, but we were guilty of straddling that line between patience and ponderous. I know it frustrates me, and I can’t imagine it’s an instruction either. I guess it came from caution, aware we were going to make life difficult for ourselves if we made mistakes, but it makes it hard to build the kind of momentum you’d like to see.

I think it’s also fair to point out that Benfica were well organised, and got men behind the ball, but our lack of movement or the inability to pull them out of shape was an issue. Their first goal was a superb free kick, but the concession of it was clumsy. Dani Ceballos didn’t need to be that deep, but it was the harshest possible punishment for a regular kind of foul. The finish was top class.

As for their second, I’m not even going to try and guess what was going through his mind. From our corner, Benfica were through on goal in a matter of seconds. Their best counter-attack of the game was set up by the Spaniard’s extremely bad header, and all of a sudden we were 2-1 down and in need of two goals. The one thing I take away from it though is that Bernd Leno didn’t do anything super-stupid like clatter the attacker and hope to get away with just a yellow or something. Well, that and don’t head the ball blind back towards your own goal … obviously.

Cue all the stuff about how we never make life easy for ourselves, and while it sounds like a hoary old cliche, it’s also the truth. I suspect when Arsenal DNA is finally analysed they will find a strand containing a new, previously unseen nucleotide which will be named Errorilium. Our double helix is like a mutant double-headed calf that now lives in a travelling sideshow.

But there was good stuff. Tell me that first goal wasn’t beautiful. Try it. I won’t listen. Bukayo Saka’s pass inside the defence was inch perfect, Aubameyang timed his run in tandem with the delivery, and the clipped finish beyond the keeper was as good as it gets. That made it 1-0 on the night, a position we should have kicked on from, but please see the previous paragraph as to why that didn’t happen.

At 2-1 down, and being a team which struggles to score enough goals and very rarely scores late goals, the odds were against us. Not least because what we had to do remained compromised by what we could still potentially do to ourselves. Then Willian, dear old Willian, remembered what sprinting was and he found some space to play a pass to Kieran Tierney. Is it really an assist when the player has to take a few touches, step inside a man and then leather it into the far corner? The stats say yes, yes it is, and while I don’t want to take anything away from the fact the Brazilian made a contribution at long last, my medal of honour, my knighthood of Arse, goes to the Scotsman.

Arise Sir Kieran of Tierney; lasher of footballs; purveyor of crosses that seem to surprise your teammates because nobody ever attacks them; wonder-thighed inspiration; and celebrator of goals that eschew the dancing and the hugging and the flippy-flappy arms and pretending to be a DJ on the record decks and which instead say ‘WAKE UP YOU LOT, THERE’S STILL A GAME TO WIN’.

Can I look beyond substitutions which didn’t really give us much more attacking threat and which actually allowed Benfica more possession than I wanted. Yes, because Bukayo did it again. He delivered a ball to the back post that Aubameyang couldn’t mi- … well, I think he could miss it and he missed one against Benfica last week that Hector Bellerin put on a plate for him … but this time he didn’t. He nodded home in the 87th minute, 3-2 to Arsenal!

The reaction was quite something, in that every single Arsenal player in the picture looked straight across to see if the flag was up for offside. Everyone except Martin Odegaard who, on the edge of the box, sank to his knees like Charlton Heston at the end of Planet of the Apes when he sees the [spoiler alert: the Statue of Liberty and he realises those apes have stolen the Statue of Liberty … that’s what happens, right?!].

The flag did not go up. Saka produced a match-winning moment for his second assist of the night, and Aubameyang finished for his second goal of the night. There was a late scary moment when they hit the post but the offside flag was up anyway, and in the end Arsenal beat Benfica and they beat Arsenal, and to beat two teams in the one game is quite something, let me tell you. Do I even need to say much about Saka, by the way? What is there that doesn’t just sound reductive and obvious. He’s great and I love him.

All jokes aside: of course there’s stuff to be worried about, and it was far from convincing, but this morning I’m choosing to see the positives. We won. We’re through. We showed some character. We scored three goals in a game, including a very late one – something we very rarely do. And hopefully some of the stuff which didn’t go well are things we might learn from (haha, I know, but fingers crossed).

The draw for the Round of 16 takes place later today – the list of teams we can face is here. Please no English clubs. I hate playing English clubs in Europe. Sir Kieran vs Rangers, perhaps? And there’s also the possibility we could face Unai Emery’s Villarreal, wouldn’t that be something?

Right, I’ll leave it there, hope you’re all doing ok this morning. For your listening, there’s a brand new Arsecast record after the game last night with Andrew Allen and Ryan Hunn. All the links you need to listen/subscribe are below. Take it easy.