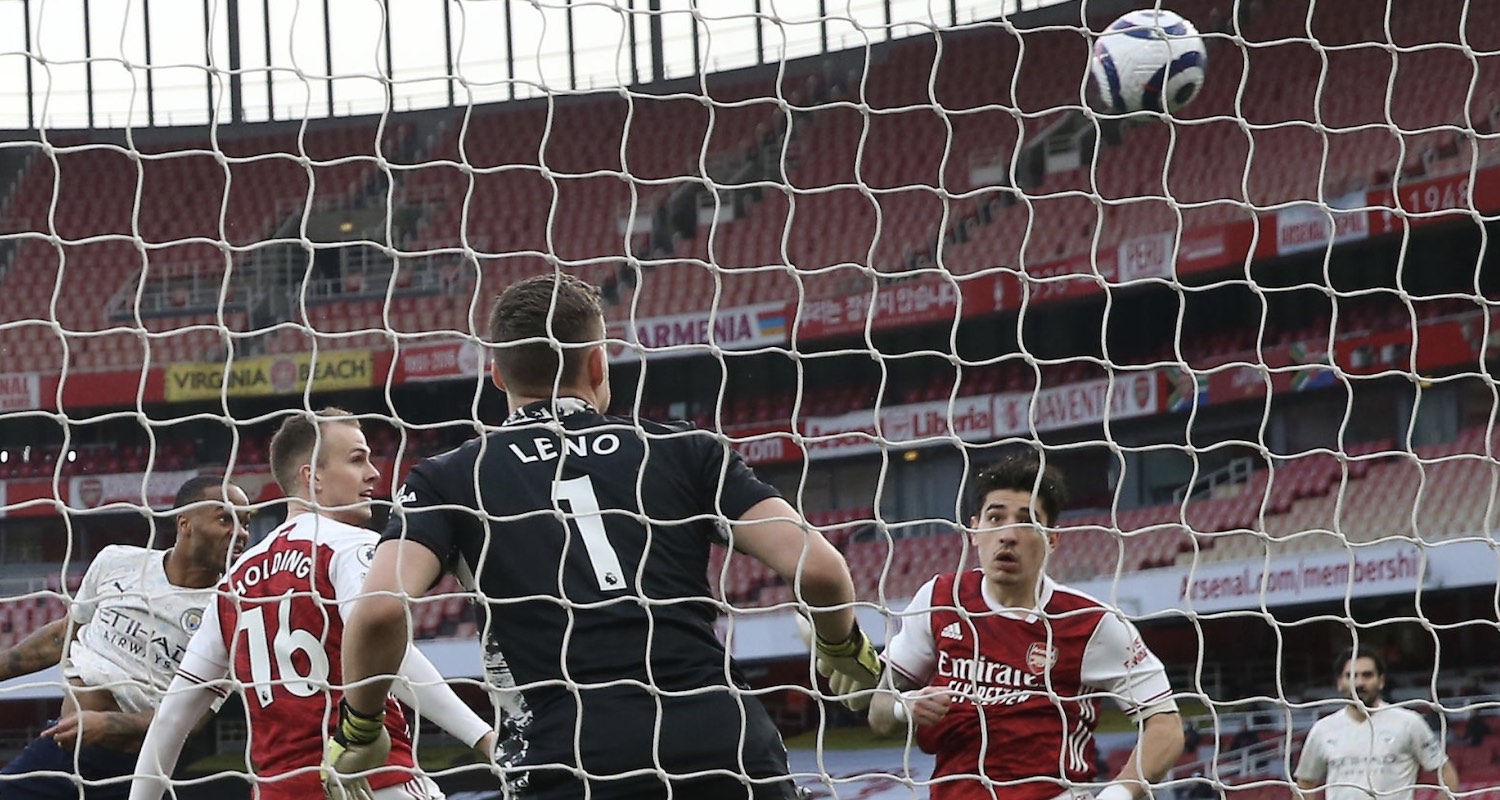 I don’t know what it is about games against Man City, but I find them strange. I didn’t really expect to get anything from this one, so it’s no surprise that the most in-form team in Europe made it 18 wins in a row, and yet it was still somewhat disheartening.

Is it because losing by a single goal, the only goal, is the tightest of margins and if just one move had gone our way we could have nicked something? Is it because of the machine-like quality of Pep Guardiola’s teams? His Barcelona were incredible to watch but Lionel Messi gave them something extra. Since then he’s replicated the super-efficient, relentless football Pass-a-tron 3000 at Bayern and City, but without the great entertainer to make them as enjoyable to watch. They are the football equivalent of death by a thousand cuts (not a typo).

Is it because with each defeat to them in the league we’re reminded of how big the gap is? It was just one goal yesterday, but you always felt that City could get that goal at any point if they really stepped it up a bit. Is it that we try and convince ourselves that ‘just’ 1-0 isn’t that bad, considering they scored three against Chelsea, and four against Liverpool? That’s no comfort when you’re a club like Arsenal whose mindset should never be in that place, regardless of reality.

Part of it must be the way we continually concede early goals. Whatever the pre-game team talk consists of, the message about keeping it tight for the first few minutes doesn’t seem to get through. This Tweet from Orbinho tells you plenty:

Definition of giving the opposition a goal start.

On the one hand, conceding so early does give you plenty of time to get back into a game, but it can also set the tone and be a considerable set-back. A blow to your gameplan, and yesterday Mikel Arteta said they’d got something wrong in the tactical set-up early on. He mentioned the ‘overloads on the sides’, and we did cope better as the game went on, but even with that in mind, conceding a header to one of the smallest men on the pitch is really irritating. That it turned out to be the difference in the end made it even more so.

Raheem Sterling is a wonderful player, but that’s not the goal I was worried about him scoring yesterday. Maybe you could put some of it on allowing the cross to come in, but this was a big error from Rob Holding. Arteta said:

Sterling cannot head that ball. He’s clever and it’s really good execution but if you want to win against them you cannot concede that goal.

The goal itself felt crushingly inevitable. The frustration is how it was scored. If there was one aspect of Holding’s game this season which has been very good, it’s aerial duels in our box. Routinely he’s made clearance after clearance, but this time he misread it, never got the right side of Sterling, or even close enough to him to make it difficult, and City were ahead.

As you’d expect they were pretty dominant, although we grew into the game in terms of possession. What we did with that possession is another thing. We just couldn’t really hurt them. Seven shots in total, one on target, and that was dealt with easily by Ederson. We’d made changes with Thursday in mind, and it made us less effective as an attacking force – although it is hard to know how much of that was us and how much down to City being a tough nut to crack.

Saka on the left was probably designed to give Tierney more reliable defensive cover, but the right hand side didn’t work. Hector Bellerin didn’t have a good game, and he and Nicolas Pepe just don’t seem to work together. I wondered if Pepe and Saka might have swapped sides a bit, but that didn’t happen. Saka ended up there when we did make second half changes.

I’d also have liked to see a midfield change sooner than the 86th minute when Dani Ceballos replaced Mohamed Elneny. The Egyptian is solid, reliable, and finished the game with 97% pass completion, but he is very much a safety first player. Maybe it was about damage limitation, and I do have a measure of sympathy in that regard.

It reminded me a bit of the away game when they had just a one goal lead and we wondered if we might have gone for a bit more. I guess it’s easier said than done to just ‘have a go’ at City, and the risk is high. To have a go you really need to push, to commit players forward, and you leave spaces that they can exploit ruthlessly. I get the ‘might as well lose 2-0 as 1-0’ argument, but you don’t want to concede three or four. And yet without taking any risk at all, how do you get anything from the game?

That brings me back to feeling disheartened because I see the gulf – and I understand the myriad reasons why it exists – (finances, quality of players, the time Pep has had to build his team etc) – but it’s just a stark reminder of how far we have to go. I can compartmentalise this fixture and this result as it’s not one that defines our season on its own. Losing to Man City is less annoying that some of the other games we’ve lost this season, but I will never like the idea that Arsenal being beaten at home by any team is an inevitability.

What happens on Thursday against Benfica is much more significant, of course, but Europe and the Europa League doesn’t provide the true measure of our season either. There are still a lot of domestic points to play for, and what happened against City makes it even more important – in my opinion anyway – that we finish as strongly as possible in the Premier League.

I know this isn’t true of everyone, but I think I’m able to put this season in its own little box and view it as part of a rebuilding exercise. That said, how we finish in 2020-21 will go some way to informing how we can continue to rebuild for 2021-22, so it cannot be viewed as write-off, even if progress in Europe may have to be prioritised a bit further down the line.

I am happy we don’t have to play City again though, and perhaps by the next time we face them, we’ll be able to make the game a little more competitive. All eyes are on Thursday now, and we have to manage another week of travel and a high-energy game before another very tough Premier League encounter. Dig deep, lads.

As ever, James and I will be recording an Arsecast Extra for you this morning. As ever if you have questions or topics for discussion, send to @gunnerblog and @arseblog on Twitter with the hashtag #arsecastextra – or if you’re on Arseblog Member on Patreon, leave your question in the #arsecast-extra-questions channel on our Discord server.