Home Arseblog, the arsenal blog Why do you like Kieran Tierney? 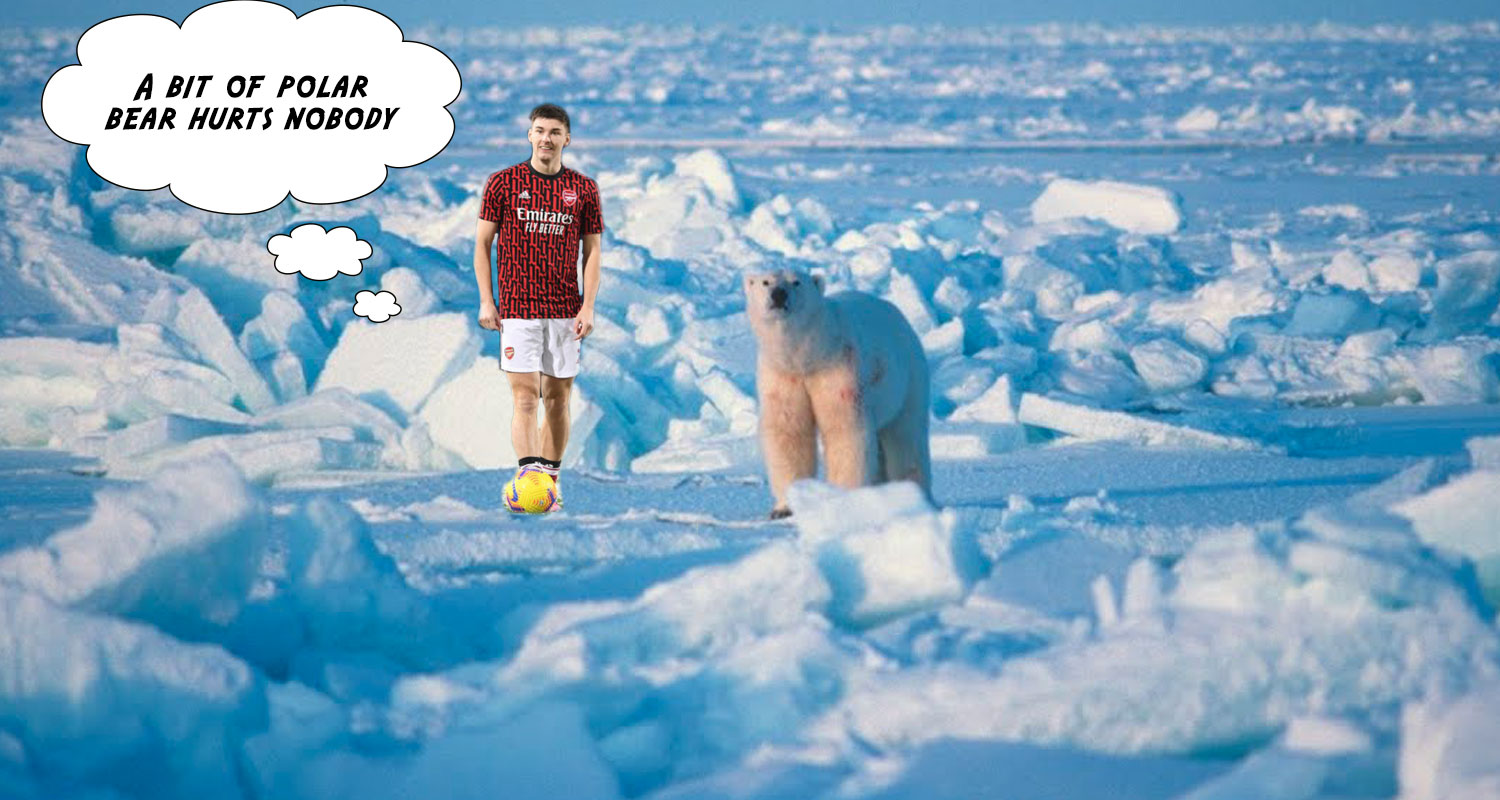 Here’s a question that does not need to be asked: Do you like Kieran Tierney?

The lads on the Arsenal Vision Podcast had a bit of a chat about this on their post-West Brom episode, and I thought it was really interesting. On a freezing cold night at the Hawthorns, he was out there in his short sleeves, doing his warm up while many of his teammates rocked the snoods and the tracksuit tops and the gloves and even some not particularly fetching long-johns.

Full disclosure here, back in the days when we used to be allowed play football, my 5-a-side clobber on a cold night was not small shorts and tight top. I am a layers guy. I do not like to be cold. Under-armour. Hat. Whatever it takes to stay warm, I’ve got it. So, I’m not standing in judgement of anyone who does likewise. Tierney was asked about it after the game and said:

Playing in Scotland, I’m used to a bit of cold weather. It hurts nobody.

True, but a lot of people don’t like it. His resistance to cold feeds into the idea that still runs through football that manliness and toughness are important traits. I don’t blame any player that hates being cold, but Tierney’s willingness to go out to training while it’s -7, fighting off a couple of snow leopards and a polar bear along the way, elevates him above others in that regard.

The great flood arrives, there’s a massive boat and some beardy lad is frantically getting two of every animal on board. As the water rises, the familiar sound of metal studs clacking on concrete can be heard. The pitches are waterlogged, puddles in the goalmouths, there’s nobody else around, but there’s Tierney with a ball under his arm. He looks around to see where everyone else is. They are making inflatable dinghies with their football tights, scrambling for high ground. He sighs, thinks, “A bit of rain hurts nobody.”

He has a Tesco bag. I too have a Tesco bag. He’s so relatable. His isn’t even a bag for life, it looks like one of the old school plastic bags, thin and flimsy. He’s probably had it for ages. No showiness, no £6,000 Louis Vuitton wash-bag for our KT. And by using the same one over and over again, he’s caring for the environment too. But in a manly way. Not a hippy, tree-hugging way, because, well, caring that much might be a bit soft.

Yet none of this would matter if he wasn’t a good player too. He could have as many Tesco bags as he liked, but if he was rubbish at football it wouldn’t be worth a damn. What’s interesting to me though, is that the character traits that endear him to us are just so inextricably linked to the way he plays it’s almost impossible to separate them.

After we’d beaten Chelsea to end the long dismal run we were on, as fans we were rightly excited. Tierney’s response: “It’s a start.”

After the 4-0 win over West Brom in which he scored a brilliant goal and was man of the match, his teammates took the mickey, teasing him by saying it was a cross. Tierney’s response: “I need to watch it back.”

This is a young man whose feet are well and truly on the ground. He’s not getting carried away with three wins in a row, there’s no getting ahead of himself. And that’s how he plays. Asked to do a job at left centre-back in a three, he does it. Play him in his best position at left-back, and he excels. Like every player he’s had his moments where things don’t go well, times when he’s been exposed, but you can see him learn from them. His response to things like that are to increase his effort – which is hard to do when it’s 100% all the time.

And look, effort and hard work can be measured to some extent in terms of how far you run, how often, how many sprints you produce etc, but don’t always tell you the full story. Beneath those stats lie the things we can’t quantify. There are no Opta stats for desire, for wanting it, for commitment, but we can all see those things when they’re there, and we notice them very clearly when they’re not. Everyone can spot the player who isn’t giving their best.

They’re always there with Tierney.

Add to that a defender who is rarely found wanting, someone who has the ability to produce and deliver in the final third, and whose commitment to making something happen is infectious. Below is a screenshot from the West Brom, guess the time-stamp?

Obviously it’s second half because of the way we’re facing, but this was 90:32′. Arsenal are 4-0 up, the game is won, you might forgive a player who has spent the entire match bombing up and down the left hand side the easy option of sitting in, playing a simple pass and keeping possession until the final whistle goes. Nope. He’s on his bike again, racing forward to give Aubameyang an option.

It’s little wonder Arteta is so enamoured with him and what he brings to the team. It’s little wonder people are talking about him as a future Arsenal captain. He epitomises everything we want to see in a footballer. He feels gloriously old-fashioned, a ‘proper’ full-back, but he’s everything you need in a modern footballer too. You can’t thrive at this level, in this era, without having those aspects to your game.

There’s a heavy burden on him now because after the departure of Sead Kolasinac, he’s the only natural left full-back we have. It makes me wonder if there might be an arrival in January to offer him support, although I recognise Ainsley Maitland-Niles can do a job there as and when he’s needed. Tierney is now 100% a ‘First name on the teamsheet’ kind of player. There aren’t too many of those in this squad, but we know the ones on the list and he’s right up there.

And bottom line: he’s fun to watch. He makes football enjoyable. He’s not going to score you a worldie every week, but you know he’ll give you consistency of performance level and effort, and regardless of what kind of receptacle he brings his kit in, those are the things we can all get on board with.