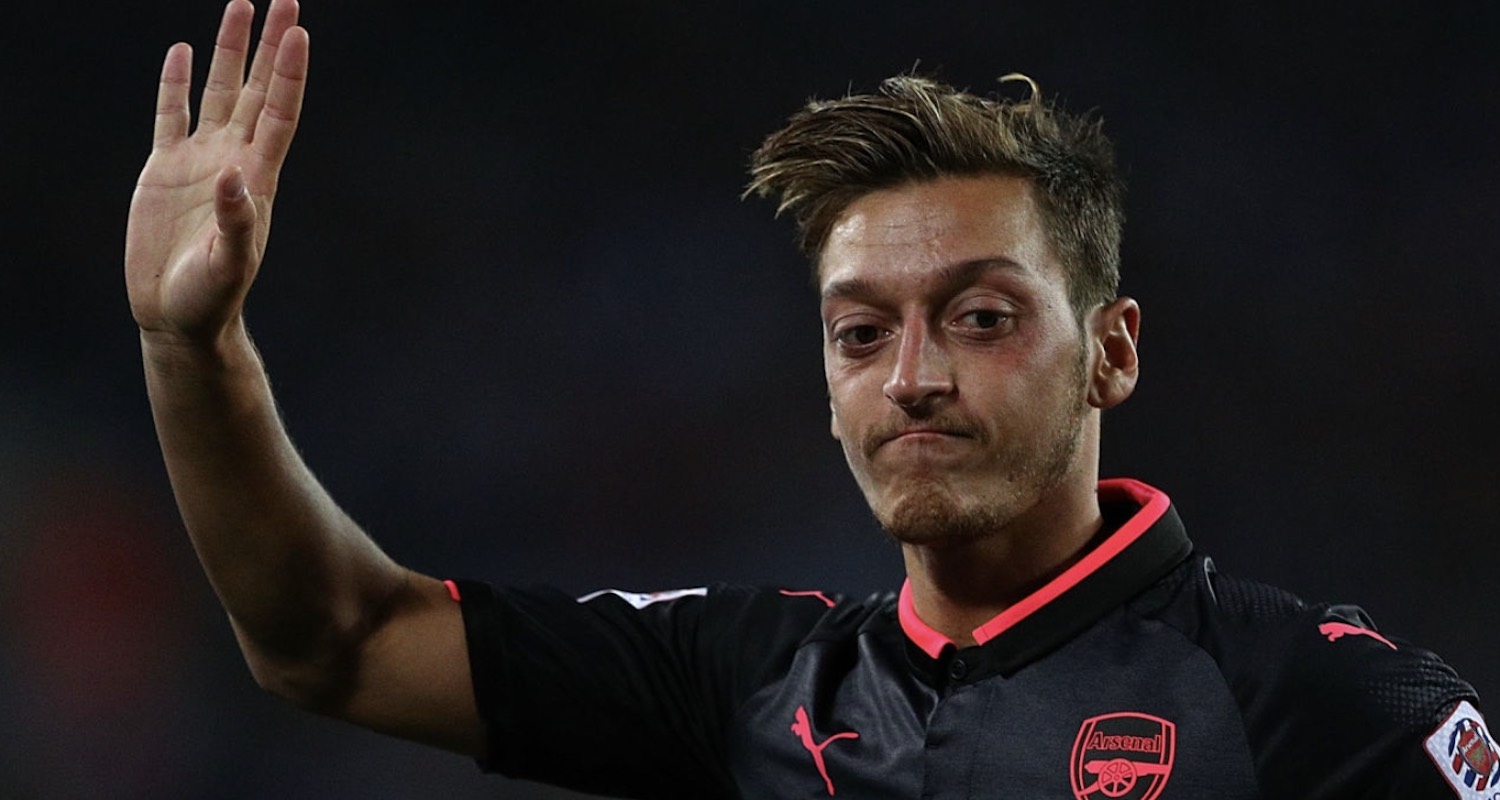 Hey all, welcome to a brand new week. Hope you’re all doing well.

So, it’s official. Mesut Ozil has left Arsenal after seven and a half years and is now a Fenerbahce player. The deal was officially announced yesterday, with nice words from all involved.

“I’d like to thank Edu Gaspar for helping bring about a professional and dignified solution in the past few days, and I wish everyone at the club the best in their attempt to continue to bring Arsenal back to the top, where we belong.”

“Mesut was at the heart of many great moments for this club over the years, including those three FA Cup final wins. These successes will always be part of our history. We thank Mesut and wish him all the best with Fenerbahce.”

“We thank Mesut for his huge contribution to Arsenal. He has made more than 250 appearances, played in three Emirates FA Cup final wins and has given the fans and everyone at the club many wonderful moments on the pitch since he joined us in 2013.

I imagine there’s a sense of relief all round that this has finally come to pass. It’s also nice that the simmering acrimony that festered away in the background for so long was not part of the departure. I wrote about Ozil and his time at the club last week, I don’t know what more there is to say.

I suspect there’s a book to be written about this one, about everything that went on, and I’m sure that someone will do just that. I probably won’t read it, but that depends entirely on who writes it.

Good luck to him in Turkey.

So, as MÖ departs, we await the arrival of MØ. Martin Odegaard flew to England yesterday, and will reportedly have a medical today as his loan move from Real Madrid is finalised. Here’s what we know.

– Arsenal will pay a loan fee of around €2m for his services, plus his wages. This might sound high for four months, but the loan fees clubs look for are quite often significantly higher than that. When we were chasing Ivan Perisic a few winters ago, Inter Milan were looking for around €6m, so this isn’t ridiculous by any means.

– There is no option to make the deal permanent. I don’t think this is anything to worry about. If he does well, if he likes it at Arsenal, and we like him at Arsenal, there’s nothing to stop us making an offer for him if we want to. There’s no need to get hung up on the fact there’s nothing in the loan contract about it, and to be honest, issues like that can often delay a deal going through. Remember Denis Suarez? There was a lot of wrangling about a purchase obligation clause, we didn’t want it (for good reason), but Barcelona did. It meant negotiations went on all January, and in the end it meant a player who needed to be with us as quickly as possible to build up fitness ended up wasting a month, got injured in his second appearance for us, and never recovered.

– Due to the exemption for Elite Sport, he will not have to face a period of isolation, once he provides a negative Covid-19 test. Fingers crossed on that.

– We might have to be a bit patient. While Alex Kirkland from the Spanish Football Podcast assured me there are no real parallels between Odegaard and Denis Suarez in terms of their footballing ability (podcast for Patreon members here), there are some in the deal itself. The Spaniard arrived at Arsenal in January 2019 with just a handful of appearances under his belt for Barcelona that season. Odegaard has made just 9 appearances for Real Madrid, and the last time he did 90 minutes domestically was on June 14th 2020 in Real Sociedad’s 1-1 draw with Osasuna.

So, as exciting as it is to bring a player like him in, and as anxious as we all might be to see him regularly in red and white, patience will be required. There’s just no way we can throw him in and expect him to play game after game after game. Arsenal will be more than aware of this, and I suspect that his fitness issues, and the time it will take him to get up to speed, are part of why we saw Emile Smith Rowe rested completely for the FA Cup tie with Southampton.

The importance of a player like that to our on-field efficacy is beyond question now, and when you only have one of them, you have to be a bit protective. There’s a reason why we’re bringing in another one, and while I don’t think Odegaard’s talent is in question, it will be a bit of a challenge integrating him while getting him match-fit at the same time. Expect plenty of substitute appearances in the early part of his loan, and hopefully it won’t take too long before he’s ready to start, but if you’re expecting him to come in and just plant his flag in the first team straight away, think again.

So, hopefully the deal goes through as quickly as possible, because there’s plenty of work to do. In the very short-term though, we have to prepare for a game against Southampton tomorrow night, looking for a bit more than we got on Saturday. A full preview of that etc, in tomorrow’s blog.

As ever, James and I will be recording an Arsecast Extra for you this morning. As ever if you have questions or topics for discussion, send to @gunnerblog and @arseblog on Twitter with the hashtag #arsecastextra – or if you’re on Arseblog Member on Patreon, leave your question in the #arsecast-extra-questions channel on our Discord server.

Pod will be out before lunch, until then.