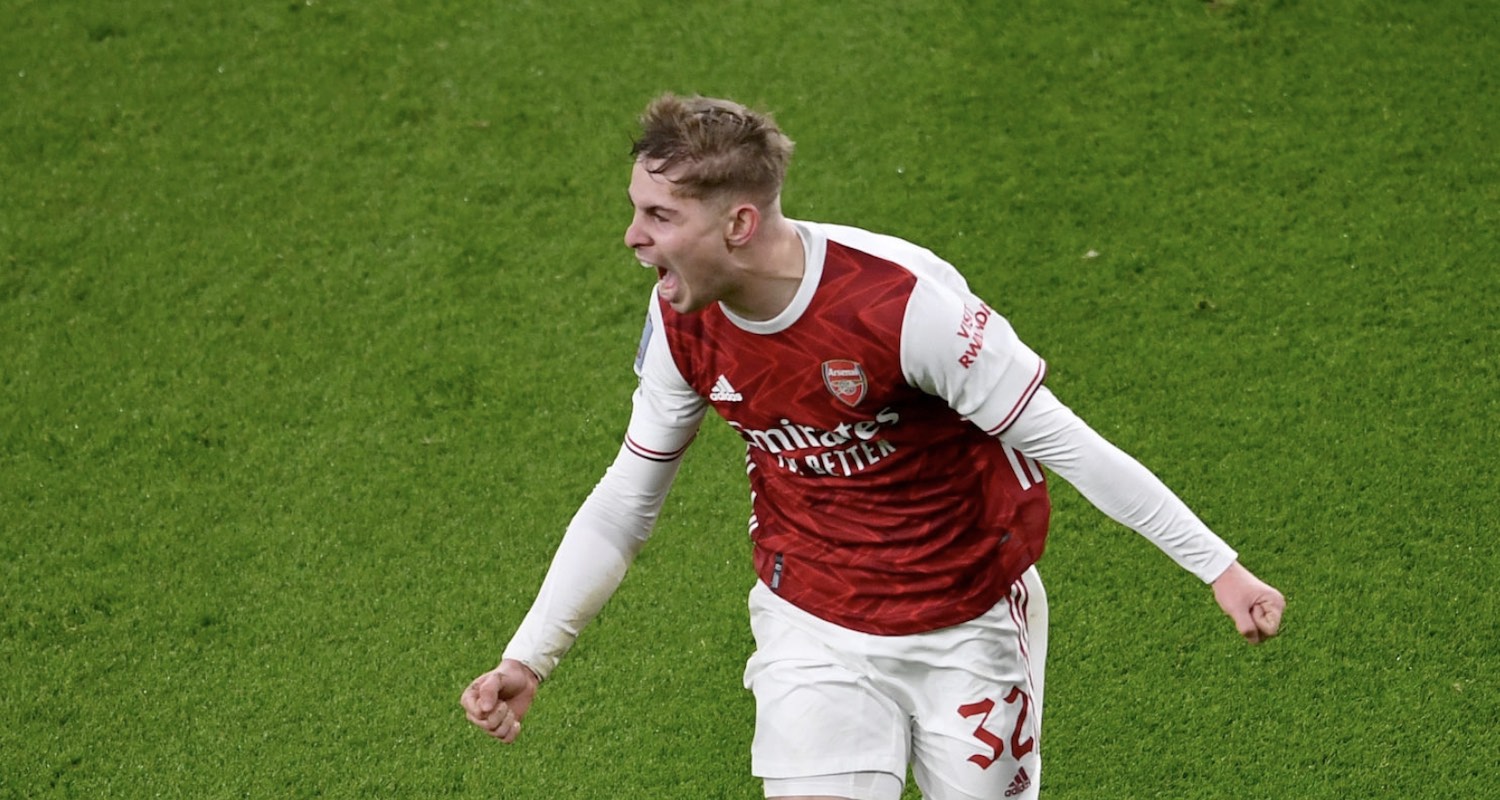 Arsenal went through to the 4th round of the FA Cup after extra-time goals from Emile Smith Rowe and Pierre-Emerick Aubameyang secured a 2-0 win. There was also a very important footballing lesson for Mikel Arteta to learn from: When you take out some good players and replace them with less good players you don’t play as well. Searing insight there, I’m sure you’ll agree.

Nevertheless, I understood why he rotated. As I said yesterday, he has to try and keep everyone in shape, and to be fair he was dealt a pre-game blow when Gabriel Martinelli turned his ankle in the warm-up and had to be replaced by Reiss Nelson. We’ll wait and see what the prognosis is for the young Brazilian, but the manager didn’t sound particularly confident afterwards.

Nelson’s last appearance came over a month ago, since then he’s barely made the squad so this was an opportunity for him. He started brightly with a run and shot that the keeper saved in the second minute, but that this was his best contribution before his substitution early in the second half tells you it, unfortunately, passed him by.

In midfield Joe Willock was handed a start, and it didn’t really work out for him either. He was much more involved than Nelson, and had a decent chance just before his substitution, but it’s hard to know what exactly he is. He’s caught somewhere between being an 8 and a kind of a 10 (but not in the play-making sense), and I’m not sure he’s quite secure enough on the ball for either role right now. That said, I thought he was hard done by twice in quick succession by the referee who penalised him for non-existent fouls. All the same, it wasn’t the game where his stock rose.

Willian … well, what more is there to say? Again, I can understand why Arteta picked him, because as a club we’ve committed an enormous salary to him for three years (argh!), and we have to try and extract some value from that, but he dropped another absolute stinker. With each game the idea that he is better than we’ve seen from him fades further and further into the background, and the prospect that this is who he is now looms very large on the not too distant horizon. He’s a problem, because he’s very close to reaching a point of no return, and I’m sure he’s already well beyond that for many fans. With each week the deal looks worse and worse. I’m sure I’ll have more to say about this on the Arsecast Extra with James tomorrow.

Aubameyang was in the team to try and get him scoring again, but despite the best efforts of Kieran Tierney, he struggled in front of goal, until late in the day the Scottish international laid one on a plate for him. The kind of chance that he simply could not miss, and I don’t think we should underestimate the benefit of that. Goal droughts are weird things, there’s often no rhyme or reason for them, and they can very quickly become a burden to even the most experienced players. The captain needed that goal, I’m glad he got it and hopefully his second in nine games will see him kick on.

Elsewhere, I thought Nicolas Pepe tried to be positive in what he did, even if the execution wasn’t quite there. Five shots, four dribbles, fouled often as he tried to burst through the lines plenty of times, and he did his work defensively too. It’s still hard to see how exactly it works out long-term for him here, but if I were the manager I’d have been pleased to see some cautiously green shoots from him.

The introduction of Emile Smith Rowe made an obvious difference, and I think it’s right to credit Granit Xhaka in that regard too. He immediately gave the team more forward momentum, not something you’d always associate with him, and he was unlucky not score with a fantastic dipping volley which produced a great save from the goalkeeper. His passing was quick and incisive, and it helped us.

The 90 minutes ended with real drama as first Bernd Leno saved our bacon with a good save from Andy Carroll, then produced a brilliant and brave reaction to get fingertips on the rebound as the Newcastle striker took the kind of swipe that might well have removed the keeper’s head from his shoulders as he tried to follow through.

Then Smith Rowe was shown a red card because a Newcastle player did a really loud scream and writhed around on the ground.  The referee 100% gave red because of the sound, not the challenge, and even after consulting VAR and rightly overturning the decision, the yellow card was soft as anything. Sean Longstaff should be known as ‘Screamy Joe’ for the rest of his life. Embarrassing.

Alexandre Lacazette came on at half-time in extra-time, and played a solid part in the goal. Ciaran Clark’s heavy touch was pounced on by Smith Rowe, he fed Saka who clipped it Laca who headed it into the pass of Smith Rowe who had kept moving (this is what he does). He took a touch and his finish off the post from an increasingly tight angle was superb.

He is such an interesting player because from almost the very first time he became involved in the first team, he’s had end-product. He impressed in pre-season; he scored Europa League goals as an 18 year old; and so far this season from a scant 438 minutes in all competitions, he has 2 goals and 4 assists. To be that productive at this stage of his career and his development is really very exciting, and with each performance he is showing us and the manager that he needs to play. Obviously we have to try and manage his fitness and not ask too much of him, but the progress bar on his readiness is at 100%.

Overall, there were things which were frustrating about the game and the performance, but they were frustrating in a much more positive way. By the end of the 120 minutes we’d had 25 attempts on goal, with 11 on target. For a team which not too long ago could barely create anything, this is much better. If we’re going to find games a struggle, and of course we will because that’s how football works, it’s so much more promising to do it while creating and making chances.

The draw for the 4th and 5th rounds takes place tomorrow night, so we’ll keep an eye out on that, but the first hurdle in our defence of the trophy has ended well, and there are things to be positive about this morning. Now attention turns to Crystal Palace at home on Thursday as we look to do something we’ve never done under Mikel Arteta before: win five games in a row.

More on that during the week, and obviously James and I will be here tomorrow with an Arsecast Extra reflecting on last night’s game and all the rest.

Until then, enjoy your Sunday.