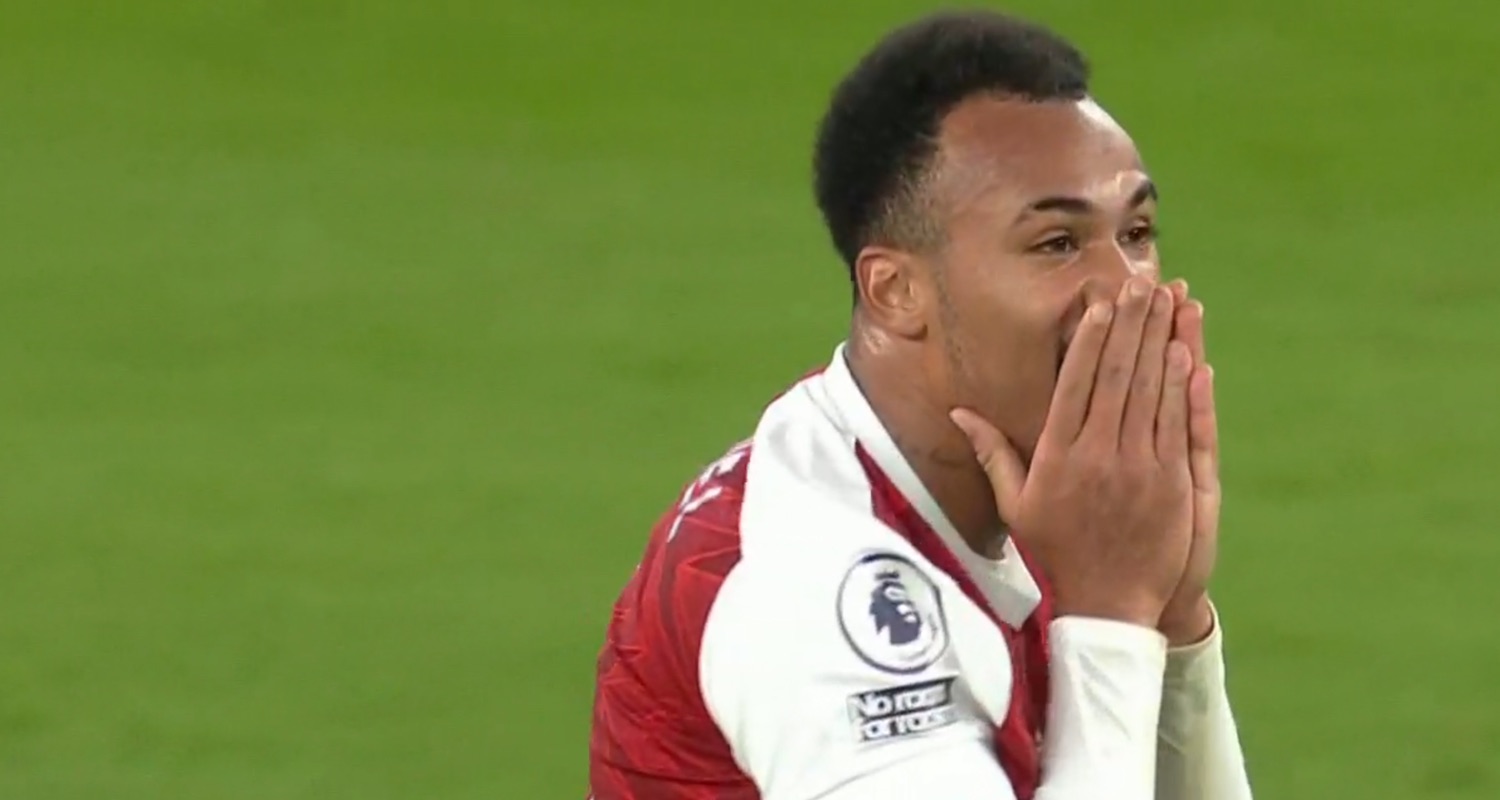 I note that after his red card against Southampton on Wednesday night, Gabriel ‘issued an apology’ via his Instagram account. He said:

‘I want to apologize for what happened today! I keep my head up to continue helping my teammates! #gunners

Fair enough. He was a bit daft, but this is a 22 year old central defender who I’m sure realises just how important he is to the team. If anything, he was trying a bit too hard etc etc, and it also wouldn’t be unreasonable if our current situation has left him feeling the pressure a bit. If it’s affecting more senior players, then it wouldn’t be unreasonable to think it’d have an impact on a relatively new arrival, and a player still pretty young in the life of a centre-half.

He probably sat there praying that we’d hang on, because if being down to ten men had cost us, Southampton had scored another goal and condemned us to that record fifth consecutive home defeat, I’m sure he’d have felt responsible/guilty (in the context of the game, not for our wider issues).

You might remember after the red card at Leeds, Nicolas Pepe also apologised, saying:

“There is no excuses for my behaviour. I am deeply sorry and would like to apologise to the fans, my team-mates, my coach and everyone else at the club.”

On the Daft-O-meter, which measures the stupidity of a player’s behaviour when they pick up a red card, Pepe’s was pretty high, and Gabriel’s pretty low. Pepe fell into a trap, got suckered by a player who then compounded that with some pretty pathetic play-acting to ensure the Arsenal man got the red card. Gabriel was rash, I don’t think kicking the ball away helped his cause for that first one, and a referee who has given more yellow cards and the most amount of red cards this season was never going to pass up the chance to get his Iniesta looking face on the TV for the foul on Walcott.

Thankfully we had a spare Daft-O-Meter in the cupboard, because the one we used for Granit Xhaka’s red card against Burnley exploded when we fed the sending-off data into it. First up, he committed the kind of foul that could be named after him. When Antonin Panenka dinked his penalty down the middle for Czechoslovakia against Germany, any similar spot-kick was known by his surname. A technique now perfected by Ainsley Panenka-Niles, by the way.

Could it be that the kind of foul that is committed on any vaguely lithe, slightly sprightly, partially mobile footballer by one who lumbers around a pitch like a drunken bear who has just gorged himself on metric ton of fermented fruit is known forever as a ‘Xhaka’? Stranger things have happened.

“Look at Robbie Savage there in this charity game against aging pop-stars. He’s just absolutely Xhaka-d the lad from Maroon 5. It’s the first time in history that Savage has been so popular.”

Anyway, Xhaka did a Xhaka, but rather than walk away, he took exception to someone taking exception to his own foul, then grabbed the bloke who was trying to walk him away from trouble around the throat – albeit briefly – to ensure that at least one of the seventeen trillion ultraHD cameras pointed at the on-pitch action caught it. I don’t know what he exactly kicked when he was coming off the pitch, but it’s just a shame it wasn’t his own arse.

I’ve seen people wondering where the Swiss international’s apology is. Gabriel said sorry, Pepe said sorry, but there’s been radio silence from Granit FM. Here’s the thing: anyone expecting him to say sorry is going to be waiting a long time. Remember, this is a guy who threw the captain’s armband on the floor, and told the fans to stick up their Ronsons as he walked off the pitch in that crazy incident just over a year ago.

Without wanting to re-legislate the whole thing again, I do recognise this was a storm which had been building for some time, there were a lot of factors involved, poor decisions made which led everyone to that point, but he never apologised for it. He felt he shouldn’t have to, the club desperately tried to convince him it’d be the right thing, but he was having none of it. The captain of the club telling the fans to f*ck off in a packed stadium on live TV and there was no apology.

There was never going to be one for something as mundane as what he’d consider a ‘heat of the moment’ red card in the middle of a match. His ‘redemption’ under Mikel Arteta was in some part down to expediency, and to be fair to him, he played his part in our FA Cup success during the summer.

But Arteta keeps picking him, and the red card against Burnley, that was so costly. It’s hard to say with any certainty that we’d have gone on to win that game given our current struggles, but we were on top, we were building pressure, and then we were the opposition footballer and Xhaka Xhaka-d us. I think it caused us more damage than Pepe v Leeds and Gabriel’s on Wednesday, although the absence of Pepe meant more Willian which is another issue.

What will it mean for Xhaka now? The main thing that works in his favour is that the lack of quality in terms of our midfield options means the door remains open for him, but that pecking order needs to change … quickly, and someone needs to change the locks on that door. I bring all this up because Xhaka is a cornerstone of a culture that exists at Arsenal that we need to move on from, an ever-present emblem of where we used to be and where we are now (and it goes without saying that it’s not all on him, obviously).

Social media apologies for red cards don’t mean a huge amount in the grand scheme of things, but if two players have felt like they should be accountable to fans, teammates and the club, and one doesn’t, that creates a disparity which isn’t ideal. This leads us into today’s Arsecast, in which the subject of culture, responsibility, accountability, leadership, decision making from top to bottom, and lots more come in a discussion between myself and Clive Palmer (@clivepafc).

All the links you need to listen/subscribe are below. Mikel Arteta meets the press this morning ahead of our key trip to Everton tomorrow, and we’ll have all the news on Arseblog News throughout the day.