Home Arseblog, the arsenal blog Some fans back for Rapid Vienna + Arteta on January transfers 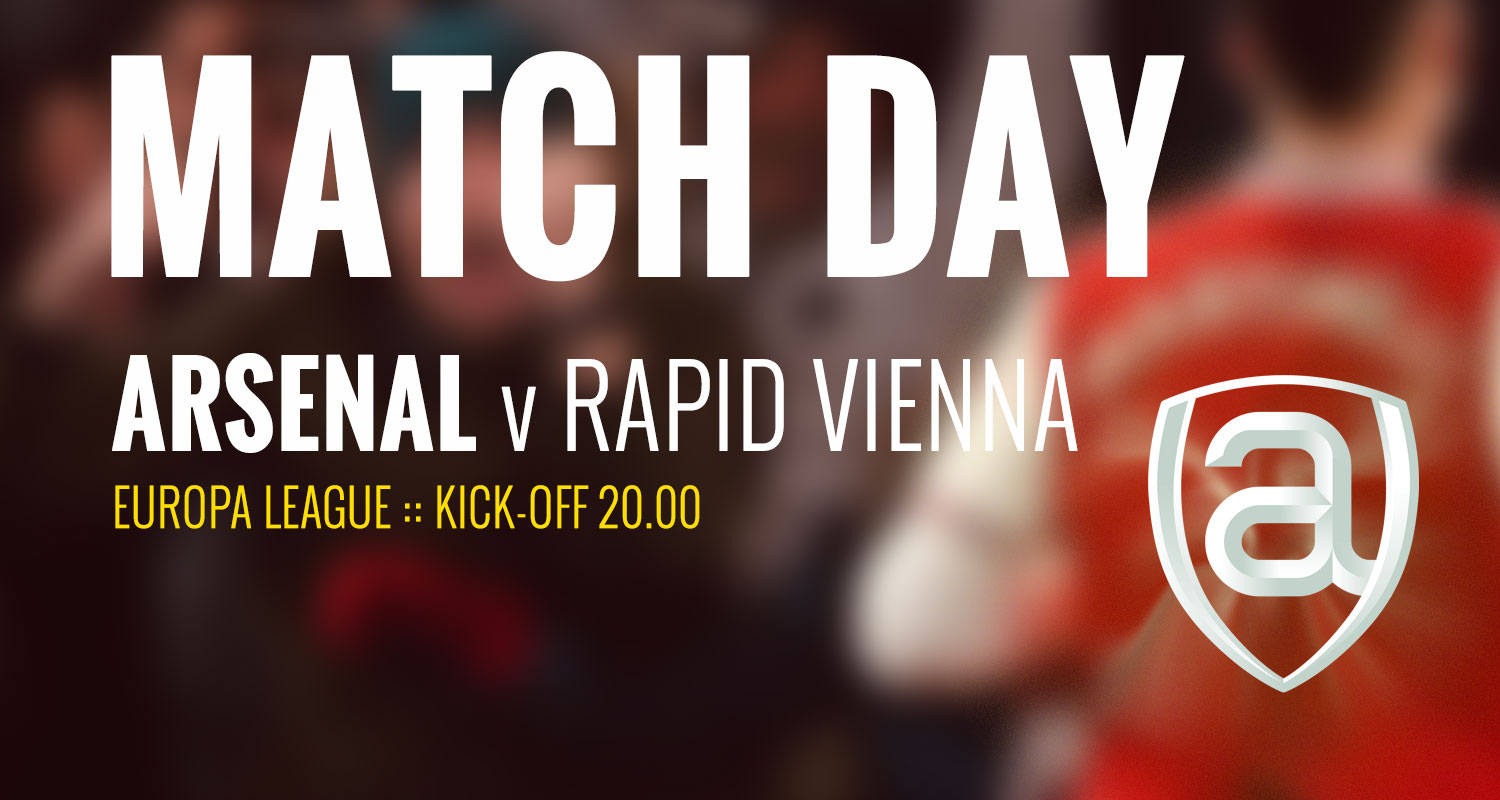 Europa League action tonight as we face Rapid Vienna at the Emirates … with the added bonus of some fans in the stadium for the first time since March. We have already qualified for the knock-out stages, and our position at the top of the group is more or less assured so, with a North London derby coming up on Sunday, it’s the perfect chance for Mikel Arteta to rest the … *checks notes* …

It also means it is a chance for some young players again, although I think there will be a smattering of experience. Sead Kolasinac and Mohamed Elneny are now available again after their Covid-19 enforced absences, so he’ll be keen to get some playing time into them. I suspect the Egyptian international will be in his thoughts for Sunday, especially as Thomas Partey remains a doubt (although not completely ruled out), so a good hour to get him up and running again would be useful.

Beyond that Cedric, Alex Runarsson and Shkodran Mustafi should be surrounded by the likes of Ainsley Maitland-Niles, Emile Smith Rowe, Reiss Nelson, Eddie Nketiah, Joe Willock, Folarin Balogun and perhaps one or two others on the bench who will fancy their chances of getting some minutes in a game which allows for five subs. As much as I have issues with our more senior players – in that I would like to have them all flogged to within an inch of their lives and then sent into the far reaches of space trapped forever in a flying, spinning mirror to teach them a lesson they’ll never forget – there’s no need for them to be involved in this one.

Europa League has been something of a distraction this season, hopefully tonight is something similar and then attention can turn to the much more important task of Sunday’s visit to Sp*rs.

On the fans returning, Arteta said:

“It is going to be extraordinary to have them back, it will feel strange. The club has done amazing work to facilitate everybody at short notice to be able to attend the stadium and I am sure it will work really well.

“I am feeling sorry as well for thousands of fans that I am sure would like to make it, but can’t be there.”

It’s a weird thing that Arteta has been a behind closed doors manager for most of his time here. He’s managed way more games without fans than with, it’s very 2020. Those who have a ticket, enjoy the experience although 2,000 people in a 60,000-seater stadium is going to be quite odd, I’m sure.

Meanwhile, the manager spoke about the upcoming January window, and sounded a cautious note about what we might or might not be able to do when the transfer market opens again. He said:

“We are planning. We’ve been talking with Edu and the club about things we can do in January. At the moment it’s pretty difficult and unpredictable. As well in terms of places [available in the squad], we are very restricted at the moment.

“We’ll see what happens. Things will move in the market and we’ll be prepared to do something knowing the limitations of that market in January and the limitations we have as well to sign players.”

I think we need to do something, if at all possible, but when it comes to our squad building, we really have to think long and hard. For example, and this is purely hypothetical, if our preference is strongly in favour of Houssem Aouar over Christian Eriksen, it would be better to wait for the former in the summer rather than bring in the latter in the winter just because he’s available. It may not be a case of one or the other, but it’s important to manage the age profile of our signings, so we don’t end up with another player going into his 30s at the end of his contract with either no value left in the market or unwilling to move until the end of his deal (or both!).

As a club, how many times can you allow yourselves to get bitten with those situations before you learn? The answer, at least from an Arsenal perspective, is many, many times. We have had the shit bitten out of us. If we were a boat we’d be called Bitey McBiteface. There were some interesting comments from Arteta during the week about how he views the squad, his ideal formation and what he still needs:

“We want to move to a 4-3-3, and for that, you need a lot of specificity in every position, but now in five or six positions, we don’t have it.”

That’s a lot of positions, and a lot of talent to acquire, whether it’s via the transfer market or the academy. It’s very difficult to look at this squad though, and disagree. We still can’t find a midfield combination that works with any real consistency. Something like Xhaka/Ceballos was fine after lockdown, but the weaknesses they possess don’t stand up to weekly scrutiny, and other teams have figured out how to hurt us when they play together the way they do. The front three is not balanced, there are still needs at the back, so you can understand why Arteta said what he did.

This squad is a long way from what it needs to be, and I think most reasonable people can see that. Nevertheless, the main part of his job is to get results with what he has available to him, and so far this season he’s struggled. I hope we can make an addition or two in January, but with a summer exodus of aged, out of contract, and unused players on the cards, and all the wages that will free up, I suspect we might have our eye on that market first (unless we really need to do something to boost the team and lift spirits because things aren’t markedly better).

Right, that’s your lot for this morning. Join us later for a live blog and all the associated Rapid Vienna stuff on Arseblog News. Until then.