Home Arseblog, the arsenal blog Arsenal 1-4 Man City: When will we ever learn? 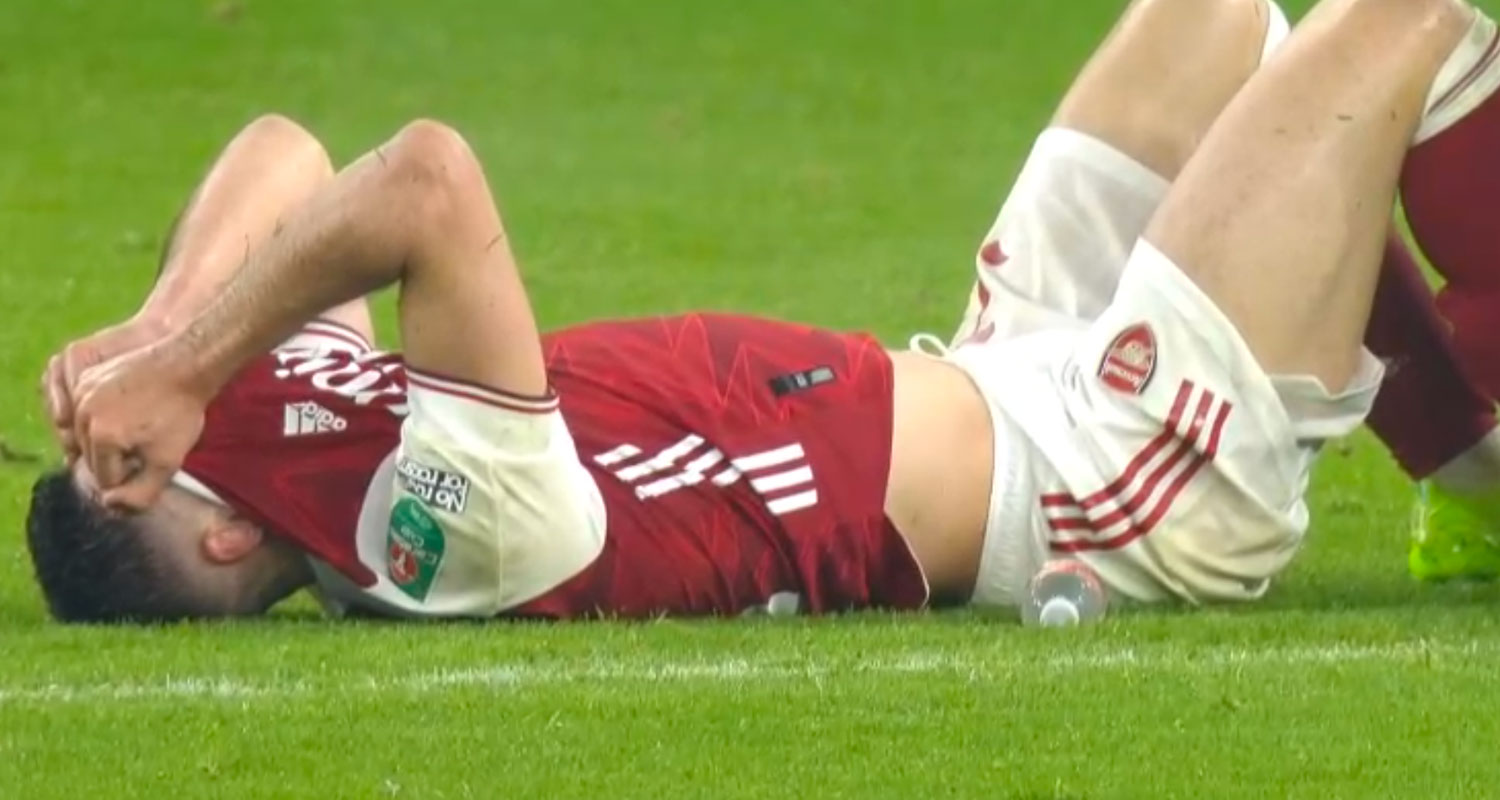 We went out of the Carabao Cup last night, losing 4-1 to Man City at home. Having spent a couple of days on the blog talking about how I didn’t really care about this competition, I’m not going to spend any real time bemoaning our elimination. We have bigger, scarier, fish to fry. However, there are some observations I’d like to make.

He looked bright, sharp, full of running, and he created our goal with a lovely left footed cross that Alexandre Lacazette headed home well.

We also saw the threat he can give us in the incident in which he got injured. Joe Willock played a lovely forward pass behind the City defence (remember forward passes from midfielders? They’re good, eh?), and his pace almost got him there first. I think it’s a borderline red card to be honest, and I also think we have to separate concerns about his general fitness/readiness from a moment in a game like this. The fittest players get kicks which can hurt, and this one did.

Where I have worries is his reemergence for the second half. Afterwards, Mikel Arteta said the young Brazilian wanted to give it a go:

He was pushing, he was saying he was completely fine, that he wanted to carry on. He had a scar that wasn’t open and he wanted to try, so we gave him the opportunity to try and when he was on the pitch he was uncomfortable so it was an easy decision to take him off.

He’s a 19 year old who wants to play, of course he’ll say he’s fine, but more experienced people should make these decisions. We’ve already lost Thomas Partey because of taking an extremely short-term risk with a player, and the impact of that over the last few games has been obvious. We’re not good right now, but I think we’d have a few more points on the board if he’d been fit instead of breaking down again because we rushed him for the derby.

The next few weeks and Martinelli’s availability for those games are far more important to Arteta than the second half of last night’s game was, and I’m astonished that he couldn’t see that. Hopefully he won’t be out too long, because what he brings to the team was obvious in the short time that he played.

I actually felt sorry for him, because he looks so far below the level required, even for an EFL Cup game. He was poor for the first goal – although the dismal lack of defending from Shkodran Mustafi didn’t help, and we all saw what happened with the second when he fumbled the Mahrez free kick.

Beyond that though, his reaction times look well below par, his positioning from free kicks was strange (even Mahrez admitted to being surprised), and his organisational skills don’t look up to much. I don’t want to put much more at his feet, because he had a really tough night and I’m sure he’s hurting about that, nor did he pick himself.

However, I do question the way he arrived at the club. He had worked previously with goalkeeping coach Inaki Cana Pavon, and it seems obvious that this was his recommendation. For a club like Arsenal, that’s not good enough. Maybe our budget was limited in a difficult market but we should be signing the best player can get within that, not someone who is at the club because his mate is on the coaching staff.

We’ve done too many deals of late where players have arrived because of relationships, not because they’ve been scouted properly and we’ve gone through recruitment best practices to ensure we get the best possible signing in the position we’re looking for. It’s not good enough to make signings like that, and that kind of shit has to stop.

If anything happens to Bernd Leno, we’re in a big trouble.

What is the point of them? What are we learning by playing Mustafi, for example? Maybe William Saliba is more raw than we realise, but he played top flight football for Saint-Etienne, people have watched him and been excited by his potential. Even if he did make a mistake like Mustafi’s for the first goal, isn’t it a chance for him to learn? I’m also sure that he too could have clumped the ball downfield and out for a throw countless times, like so many of our players last night.

You also can’t hide behind the idea that he’s not ready and then play a goalkeeper who looks worse than any other I’ve seen at Arsenal in my lifetime – and lord knows we’ve had some iffy lads between the sticks at times. I think there’s something more to the Saliba situation than we know, but that he’s not even being considered for a place on the bench after we’ve invested £28m in him is a shocking waste of resources and potential. That we continue to give playing time to guys with absolutely no future at this club and who don’t really care is a waste of valuable minutes we could be using to develop some young players instead.

By the time they came on, the game was done, but there were things to like. The former created a decent shooting opportunity for Lacazette when he played a forward pass from an attacking third area (remember forward passes from attacking third areas? They’re good, eh?), and that kind of intent is part of what this team is missing. Is he fully ready? Perhaps not. Would I rather see him develop than continue to stagnate with the usual suspects? Yes, yes I would. Smith Rowe replacing Elneny last night should be a changing of the guard moment.

Balogun saw little of the ball but when he did get it he looked strong and decisive. He set up a chance for Pepe after good work driving towards their penalty box (remember forwards driving towards the opposition box? They’re good, eh?), and he made a very smart run which deserved a smart pass, but given that it was Kolasinac on the ball, it was never going to happen. I mean, look …

Kolasinac wasn’t the only one. An Elneny moment when he had two players ahead of him but decided to go backwards sums him up. We have too many players who shirk responsibility, stat-padders whose pass completion numbers look good but who contribute very little. Is it any coincidence that we’re a team that fails to create sufficient chances when it’s packed with such unambitious, safety-first players?

Overall, this game isn’t going to decide anything about Mikel Arteta. It’s Chelsea next and he has to produce a response to what’s going on, and that four game run after that will be so crucial. Last night’s game might have been essentially meaningless in the context of this season and the position we find ourselves in in the league, but it doesn’t mean there weren’t things to learn and final nails hammered into some coffins which should already be six feet under.