Home Arseblog, the arsenal blog When 2020 continues to serve up massive helpings of 2020 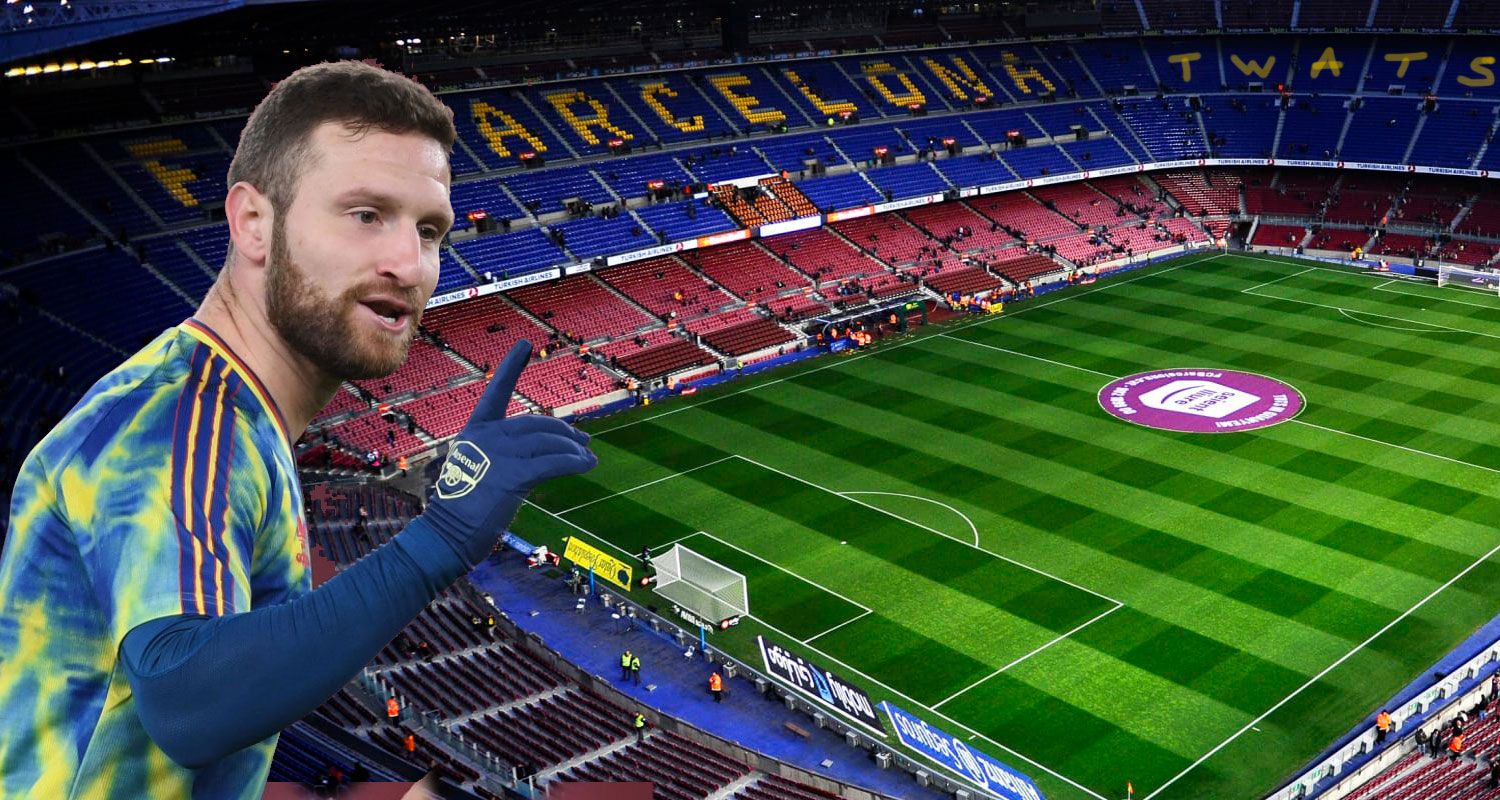 Morning all. Welcome to a brand new week. Some players are still away with their countries, preparing to play their fourteenth game in three days. It’s ok though because they’re in an elite sports bubble in which no harm can come to them.

There are more games tomorrow and Wednesday before those who have been travelling return to prepare for Sunday’s game against Leeds. Will they all be fit? Will they all be healthy? Stay tuned to find out.

2020 is weird, right? I don’t think anyone needs any reminding of that. If, tomorrow, some aliens landed, blew up the North Pole, then transmitted a message into the mind of every single person on earth to tell us we were going to be farmed as food for their pets while simultaneously playing ‘Walk of life’ by Dire Straits – one of the most infuriatingly jangly songs ever recorded – I would not bat an eyelid. I guess the only mild surprise I might have is that they didn’t use a Phil Collins song covered by Maroon 5, but that’s a small detail and I don’t expect a hostile life form to really care about the fine details that much.

On a similar theme, it’s why when I saw some Tweets over the weekend which suggested that Barcelona are interested in Shkodran Mustafi, I just thought to myself ‘Of course they are’. Not simply because it fits perfectly with their current trajectory, but also because 2020. I suppose he’s going to be free in the summer, perhaps Ronald Koeman can team him up with fellow freebie Sokratis in a thrilling double swoop, yet few would have thought the words Barcelona and Mustafi would have been put together in such close proximity without the word ‘never’ being in there somewhere too.

Can institutions forget? Is that a thing? Is it possible that somehow Football Club Barcelona – which is more than a club, lest we forget – has wiped from its memory many of the deals it has done with Arsenal down the years? We got Cesc and Alexis Sanchez from them, and they paid us a lot of money for players like Alex Song, Thomas Vermaelen and Alexander Hleb who were about as much use for them as an ashtray on a motorbike. Not that I’m complaining. I think it serves them right.

A few years back when we played them in the Champions League, on the wettest night in the history of the city, they forced Arsenal fans into their crumbling old stadium across a rickety bridge made of scaffolding they’d nicked off the side of the Sagrada Familia. On reflection, it’s honestly a miracle nobody got killed or badly injured. Thinking about it now, this might have been their revenge for Songmas Hlebmaelen, but I feel like any misfortune that befalls them is more than deserved. Like if, and I’m just spitballing here, they had the best player in the world yet so mismanaged the club from the very top that despite his long, storied career with them he chose to go and play for a team which plays in the most wishy-washy blue you’ve ever seen. That kind of thing.

Speaking of Hleb, by the way, I did laugh at the podcast he did with the official site a few weeks back. The headline in particular was amusing: 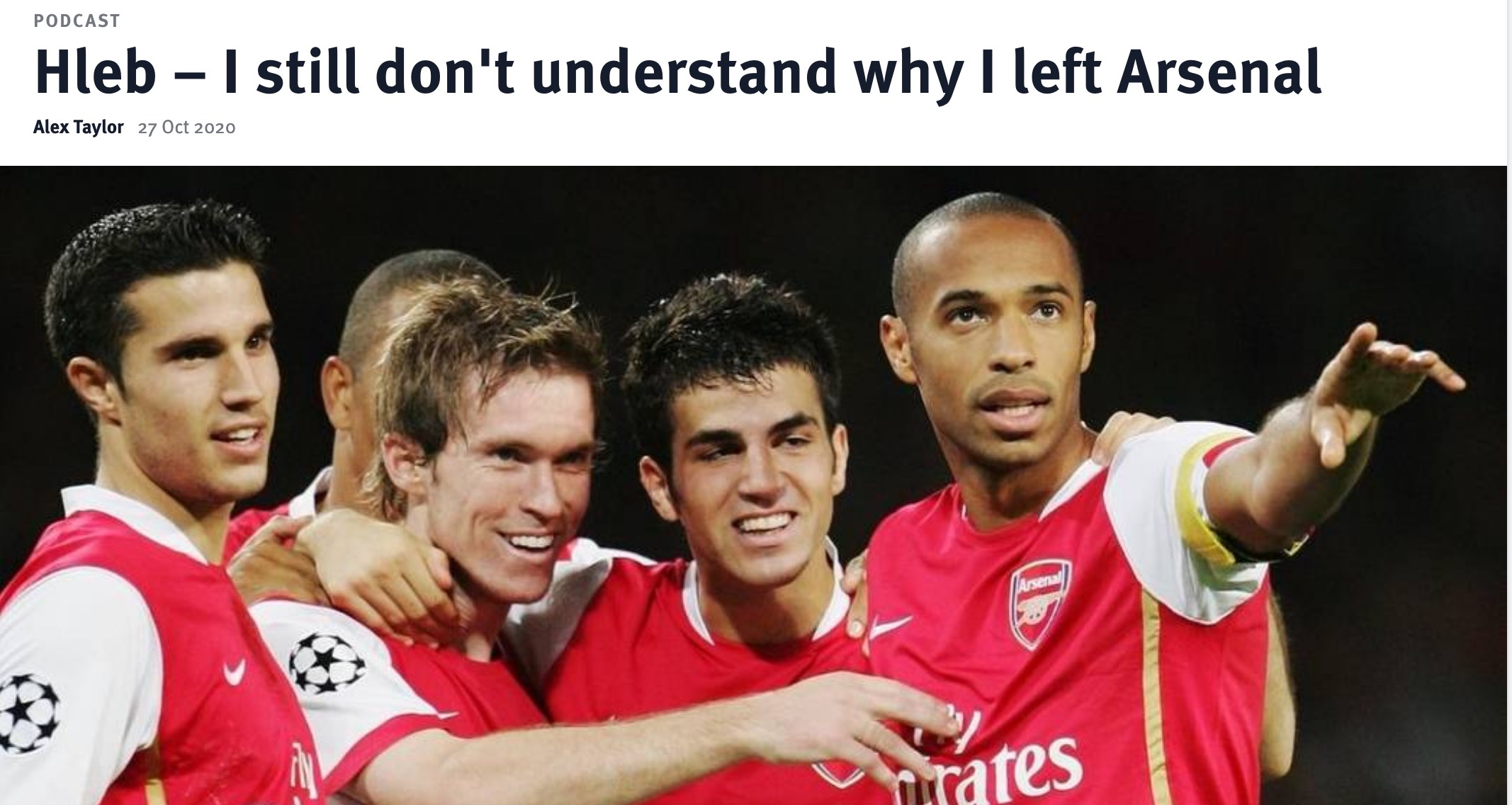 He went on to say:

Why I left, I don’t understand. Barca, of course, were the best team at the time and everybody wants something to try but really I was 100 per cent happy at Arsenal.

My memory is somewhat fuzzy after all of these years, and I will happily accept that in the mists of time he looks back on his decision with some regret, but if I recall correctly he and his agent spent some considerable effort trying to facilitate a move away from the club. Ok, when 2008 Barcelona come calling it’s difficult to resist, but that kinda happened at the last minute, and he’d been flirting with others for some time.

I remember before we played AC Milan in the Champions League, the game in which Cesc scored that goal and did that celebration I can still see so clearly, he and his agent were caught having an ice-cream with Inter Milan. Italian ice-cream is delicious, no judgements from me on that, but if you’re having a meeting behind your club’s back with another club, maybe try somewhere a little more private than Gennaro’s Gelateria on Via Montenapoleone. So, the ‘I have no idea why I left’ stuff doesn’t really fit when you’ve been in cahoots with your representatives actively trying to find a way to leave.

‘I have no idea why I robbed that bank’ won’t wash when they find detailed plans, blueprints for the building next door from which I tunneled in, and a series of bookmarks on a local auto dealer’s website saved under the label ‘GETAWAY CARS?????’. Water under the bridge now though, I guess. Ice-cream under the Ramblas, or something.

Anyway, that’s enough waffle for this morning. James and I will be recording an Arsecast Extra for you later. As ever if you have questions or topics for discussion, send to @gunnerblog and @arseblog on Twitter with the hashtag #arsecastextra – or if you’re on Arseblog Member on Patreon, leave your question in the #arsecast-extra-questions channel on our Discord server.