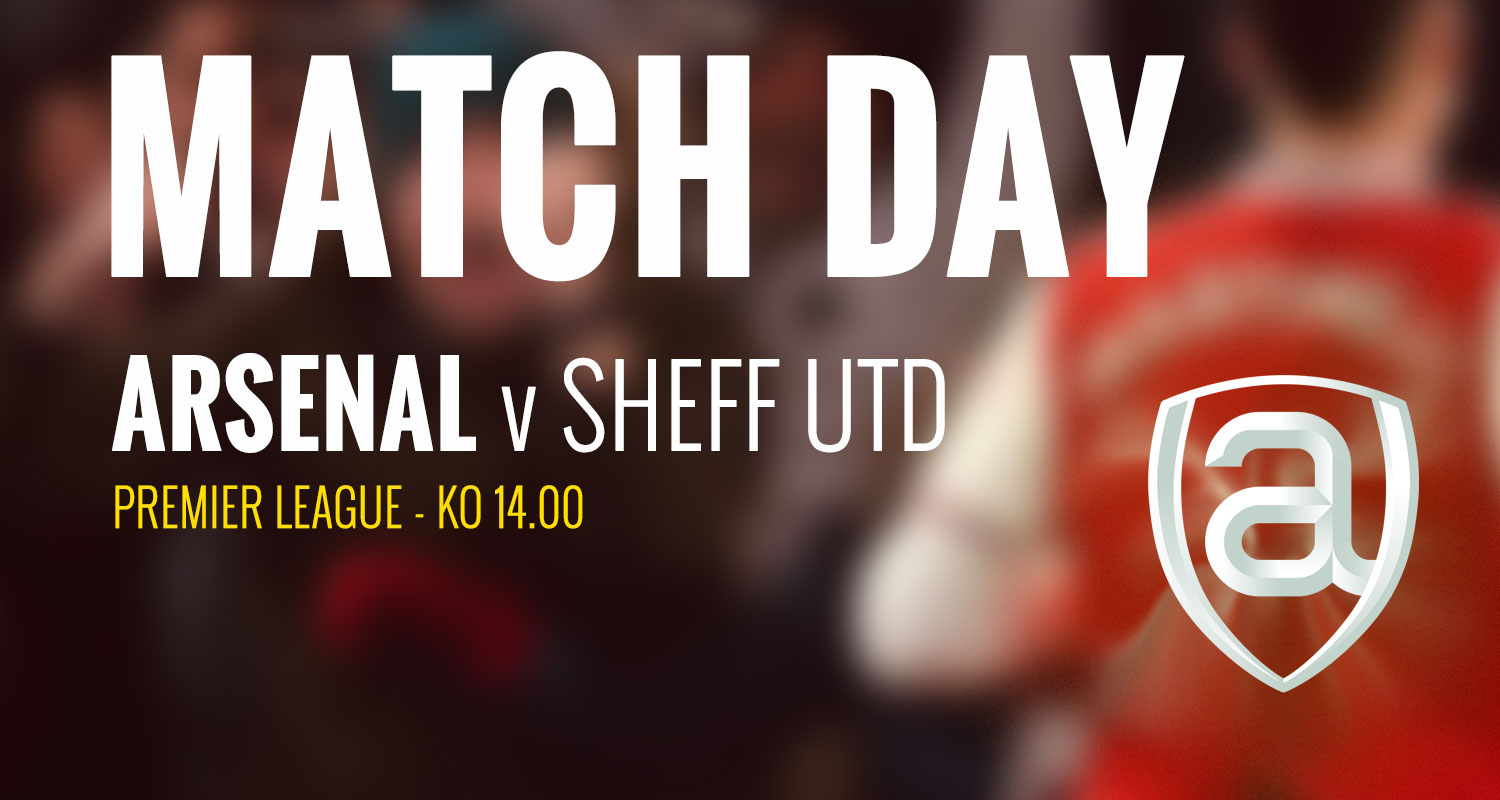 We’re in the middle of a tricky run of fixtures, and after defeat to Liverpool on Monday, Sheffield United visit the Emirates today.

This is one of the games we need to take three points from, with upcoming ties with Man City, Leicester and Man Utd before the end of the month. Despite their poor start to the season – three games, three defeats – there should be no question of taking today’s opposition lightly. We know fine well from the three games we played against them last season, which produced a one goal victory for each side, and a 1-1 draw.

Ahead of this one, Mikel Arteta spoke very highly of his opposite number, Chris Wilder, so we know there’ll be nothing taken for granted at our end. Calling his work ‘incredible’, he said:

We have experience of playing against them both in the Premier League and in the FA Cup so we know how difficult it is to play against them. The season they had, the way they have evolved as a team since they joined the Premier League has been unbelievable, the work that the manager has done with the coaching staff with the resources they have is remarkable. We need to be really alert and we have to play at our best again.

As for today’s team, it doesn’t feel like one in which we’re going to do much different, but if it were, there are a couple of tweaks I’d like to see. One way or the other, I’d include Bukayo Saka, whether at left wing-back or elsewhere. And by elsewhere I mean in the front three. He has played on the right, but I’d love to see a forward line of Saka on the left, Pepe on the right, and Aubameyang down the middle. I realise this is very unlikely, not least because Arteta rarely uses the captain that way, and Pepe seems to have been relegated to second choice for the right-hand side behind Willian.

The former Chelsea man hasn’t been brilliant though. He did play well against Fulham, but not so much against West Ham or the Mugsmashers. All the same, I expect him to start today, with Alexandre Lacazette up front and Auba on the left. Further back, it more or less picks itself. Will we see Gabriel involved, perhaps at left centre-back with Kieran Tierney at wing-back? I’m not sure.

In midfield I’d like to see Dani Ceballos start, the Xhaka/Elneny partnership is just too beige for me for a home fixture in which I’d like to see us dominate and control the game. Without Ceballos, we could have plenty of the ball, keep possession safely, but without a great deal of incisiveness – and as it looks possible that our midfield might not be bolstered before the close of the window, we have to find ways of adding creativity from the players we have.

Beyond that, what is there to say? It’s an important game against a tough opponent, and hopefully we can do enough to take three points.

Meanwhile, Arteta spoke about his philosophy and his playing style, and admitted that right now he’s having to adapt to the squad he has. He has to try and win games with the players he’s got in the absence of the ones he might really want. He said:

I want to become more dominant. I want to press even higher than we do. Like you could see on Thursday night how aggressive the team is, I want to have 55 shots on targets. And I want to concede zero goals every game. This is the aim of where we want to get and how we’re going to evolve.

Most importantly, I have to be able to adapt to the players that I have. To try and to give them maximum security, comfort, and ask everything they are able to do at the moment.

As I said yesterday, I’m sure Arteta wants new players, better players. He has been saying it consistently since he arrived at the club. Yesterday’s news regarding Houssem Aouar was far from positive, obviously, as he’s a player the manager wants and financial restrictions are what is preventing the deal going through.

There are a couple of things to look at here. The difference in what we’re offering versus what Lyon want is about 0.05% of what KSE have spent on their massive new stadium project in LA. FFP rules have been relaxed, there’s never been a better and easier time for billionaire owners to invest in their teams – and let’s be clear, this would be exactly that. A good player who would make us better, and we’re missing out because the money isn’t there, that’s all there is to it. Arteta deserves and needs the full backing of the owners, and this isn’t it.

The other thing to look at is how we’ve spent recently, and whether some recent deals have hindered what we can do now. When you spend £15m on a left-footed central defender whose career trajectory has been unconvincing, then spend £30m on a left-footed central defender a few months later, it’s not unreasonable to ask questions of the first deal. People talk about the Cedric deal as if it were nothing, a ‘free’ transfer’, but it was expensive in that we paid an unnecessary loan fee as well as big wages on a 29 year old who will never be anything more than adequate back-up – and as it turns out, back-up we didn’t even need.

The question marks over the £72m on Nicolas Pepe sparked an internal investigation which led to the departure of the Head of Football; the massive signing on fee and wages for David Luiz; £28m on a teenager who had barely started his professional career and is still some way from being ready for first team football. It’s not hard to think that we’re reaping the consequences of spending money in a way which hasn’t benefitted the team as much as that kind of outlay should. It’s also evident that moving on some of the players we don’t want has been a problem, and is a significant part of the problems we face.

Like all of you, I’m desperate for us to improve midfield because as good as I think Arteta is, there is only so far he – or any other manager – can take this group of players. The window is open until 11pm tomorrow night, let’s keep everything crossed that we can do some deals which improve the team, because without them, we’re not going to take the kind of step forward we’re all looking for.

As ever, we’ll have live blog coverage of the game for you, plus all the post-match reporting, reaction, player ratings, stats and more on Arseblog News.

Catch you later for the game, and come on you reds!