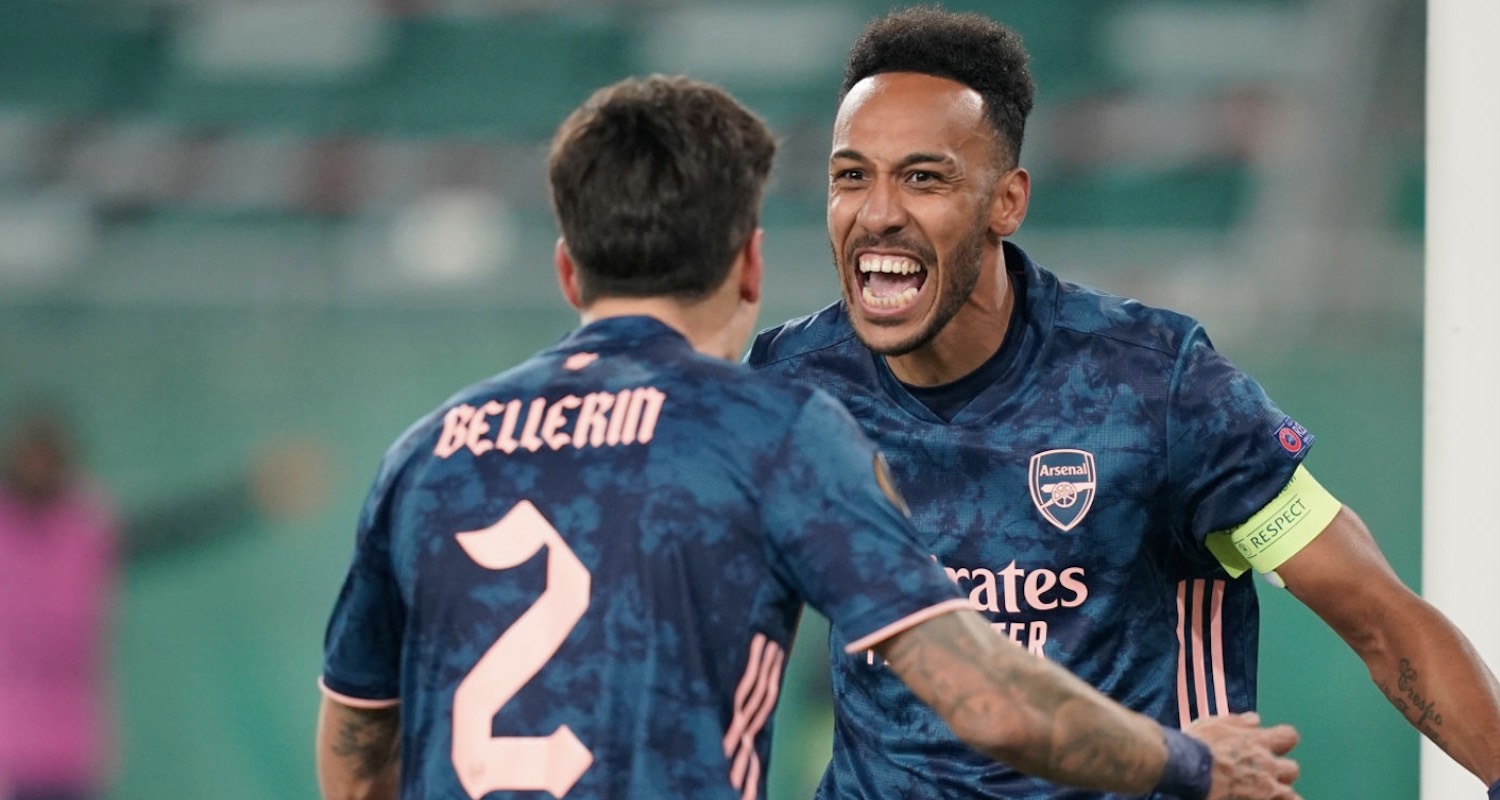 Arsenal kicked off the Europa League campaign with a 2-1 win over Rapid Vienna, which is obviously a good thing. Winning is good. Watching us play right now though, is a bit of a struggle. Nevertheless, there were some positives on the night, and it’d probably be best to focus on those first.

The obvious one was Thomas Partey. The Ghanaian was handed his first start, and by about 15 minutes in I was very pleased with one aspect of his game in particular. I like it when players try and move the ball forward as much as possible, and the way he did that was great to see. We are a team which can often be a bit averse in midfield, but he looks to make passes others don’t. It’s too soon to say, but is the one he clips inside – not quite a reverse pass – his signature move?

That he can combine that aspect of his game with fantastic defensive awareness and ability is something we should be excited about. He made five tackles last night, the nearest was Bukayo Saka and Eddie Nketiah on two each, and there was one last-gasp intervention on the edge of our box to stop what would have been a dangerous break from the home side. I know it’s early days for him in an Arsenal shirt, but we know what he can do from his time at Atletico and there’s a lot more to his game than simply defending. His long passing was very good too, and he brings genuine presence to midfield.

The partnership between Gabriel and David Luiz seems to work, and the younger of the Brazilians looks like a player who is beginning to feel very comfortable in the side. Not only is he excellent in the defensive duels, he’s willing to drive with the ball which, when you’re facing a team with a packed defence, can be important to push them backwards. Again, we’ve been here before with defenders, but it’s very much a case of so far so good with him, and looks to have all the attributes we need.

The final thing is that the first double-substitution made a big difference to us, and that has sometimes been an area that Arteta has had difficulties with. Of course, when you bring on two players who are considerably better than the ones you’re taking off it’s not exactly rocket science, but Aubameyang and Bellerin combined for what turned out to be the winning goal so credit where it’s due. A nod too for an excellent pass from Mo-Zil, and it was also a demonstration that creativity/chance creations is as much reliant on the quality of movement as it is a player who can feed the ball into dangerous areas.

Those things, along with the three points in what will probably be the most difficult fixture of the group stage, are where we can be pleased this morning. However, there were obviously things that weren’t quite as good. Bernd Leno had a night to forget, culpable for the Rapid Vienna goal by getting caught on the ball, and there were a couple of other incidents in possession in second half which were sub-par but also – I think anyway – fairly atypical. As much as it can happen to an outfield player that they have an erratic performance, it can happen to keepers too, so this morning I’ll simply say I hope he’s got that out of his system ahead of the more important games we’re set to play in the Premier League.

Of greater concern is the way we played overall. It was stodgy, uninspired and there was little to like about it. I feel that in trying, and mostly succeeding, in making us more solid defensively, Arteta’s teams play with a kind of inherent caution. Dare I mention the handbrake? It’s a bit too much, you know, on. I also don’t think we’re helped by playing sort-of square pegs in sort-of round holes. Eddie Nketiah is a promising, but still raw, young striker who scores his goals in the penalty box. He’s a poacher. He’s not someone who can play on the left hand side and do, for example, what Aubameyang can do from there. Willian as ‘striker’ last weekend was another one. A player who simply doesn’t work in the position he’s selected in. On that basis, any criticism of the player and his performance has to be tempered with the decision to play him there in the first place.

It’s not helped when someone who is in his natural position struggles too, and I think it’s time to have a serious conversation about Alexandre Lacazette. His goals early this season have been important, and take nothing away from those, but boy oh boy do those legs look heavy. Some have said the reason he plays is because Arteta wants specific things from his centre-forward that only he can bring – but I don’t know what they are. If it’s holding the ball up, he struggles with that. If it’s bringing others into play, he doesn’t do that well either, as his late fluffing of his lines demonstrated clearly. A quick-thinking forward would have played Aubameyang in for a goal to seal the game, instead he turned back into trouble, imploding like an old star being sucked into the the endless infinity of a black hole screaming ‘NOOOOOOoooooooo’ as Pepe shot over.

As I mentioned earlier, creativity can come from movement, and while this is more of a general point and one which doesn’t necessarily apply to the group stages of the Europa League, there’s only one man who should be starting up front for us and that’s Aubameyang. He provides that movement like nobody else can in those central attacking spaces. In Gabriel and Partey we’ve brought in two players who have strengthened the spine, but the top of that needs something else too. We can’t buy anyone, but nor do we need to when we’ve got the perfect player in the squad already.

We have other options when it comes to the left side of the attack, not least of which is one of the most exciting young talents this club has produced in years. He’s ready to play, and this team is ready to be let off the leash a bit by the manager. It’s the next stage in its development. It doesn’t mean we have to play in a way which undoes the security he’s installed, but it’s time we did something to make us more potent. Right now, it feels like we’re a bit too easy to defend against, perhaps because we’re a bit predictable – as well as suffering from players not functioning as well as they could in the positions they’re selected in – so I’m curious to see what we do to address this.

Overall though, no complaints about the result, but there’s plenty there for the manager to think about as we prepare for Leicester.

Right, that’s it for this morning. James and I will be recording an Arsecast Extra for you today. As ever if you have questions or topics for discussion, send to @gunnerblog and @arseblog on Twitter with the hashtag #arsecastextra – or if you’re on Arseblog Member on Patreon, leave your question in the #arsecast-extra-questions channel on our Discord server.

Podcast will be out before lunchtime, until then have a good one.