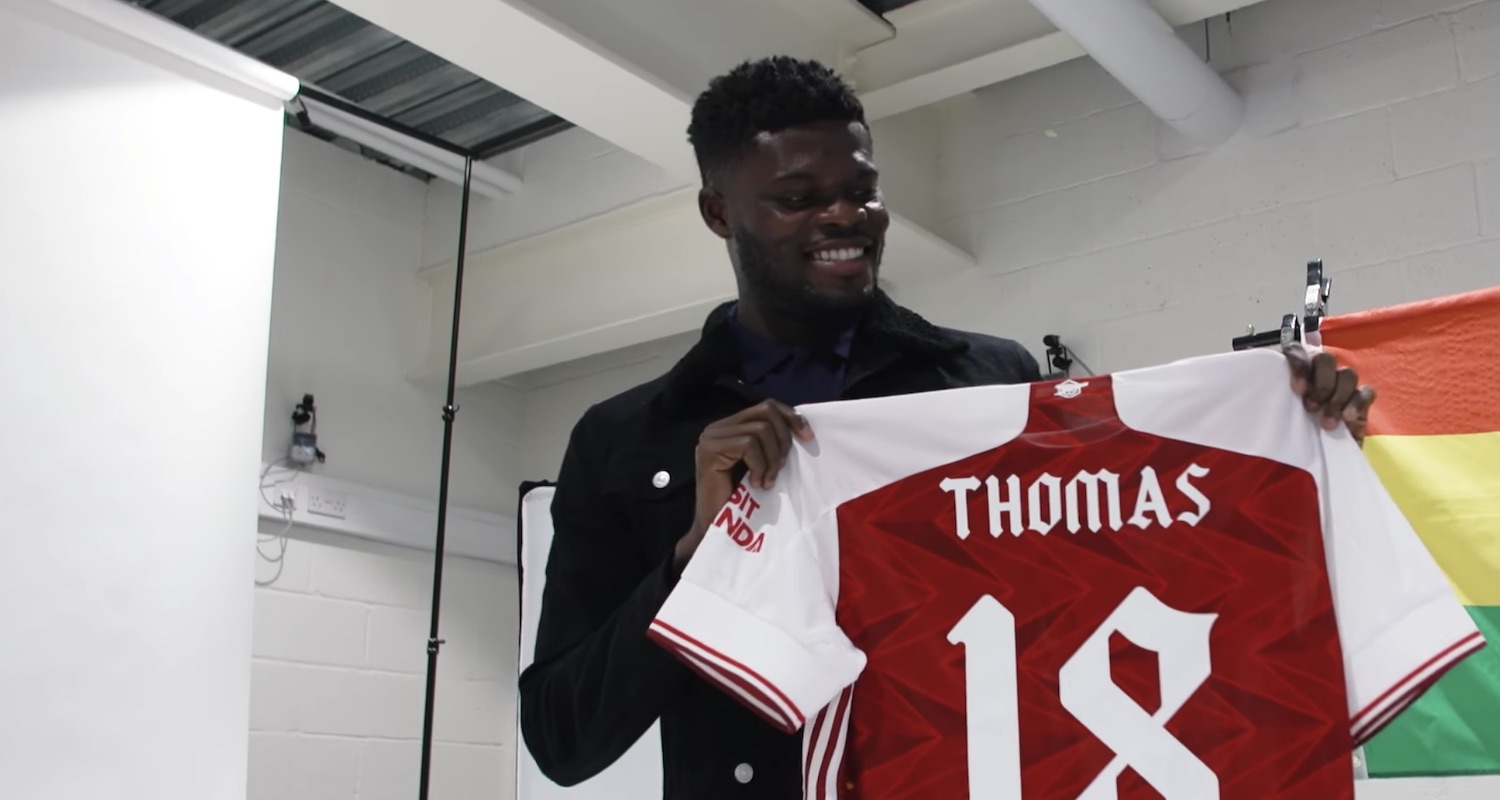 Thomas Partey arrived at Arsenal yesterday after playing a couple of international friendlies with Ghana. As much as I’m indifferent to what’s going on with the Interlull games, I was keeping half an eye on this – not so much about what he did in the games, but just to make sure he came through them without any injury.

As you might expect, he has done a bit of media, and said all the right things, like:

– How Mikel Arteta played a key role in his arrival.

– The Arsenal players from the past that he grew up watching.

On the manager, he said:

Arteta was very important. Him and Edu told me about their plans and it was so exciting, so I had to accept it. I think he watched me at Atletico and wants me to bring the same to this team.

As ever there’s a lot of speculative stuff about how he’s going to be used, about his desire to be more expansive than he was within the relatively strict set-up of Diego Simeone’s team, but the proof of this particular pudding will become clear over the coming weeks and months as we see how he’s integrated and what kind of role he’ll play.

On the players he ‘idolised’ when he was a kid, he told the official site:

When we were young we used to watch so many games, when they had the Invincibles season in 2004, they were so great. That is when they won the hearts of so many people There were a lot of great players before. Ian Wright was here, Thierry Henry, Patrick Vieira, Pires, Bergkamp was one of the greatest, and that season was great.

How to win the hearts and minds of fans at a new club? Reference the players they all still love and say you love them. I’m not saying he doesn’t, by the way. How could you watch that team and not love them (unless you’re predisposed to hate because you’re a dirty rotten fan of some other team), but it’s a quick hit to the Fan-O-Meter that never fails to do the business.

As for being an octopus, there’s a good interview with him in the Guardian here, in which he talks about how he was given that nickname during a loan spell at Almeria. It’s not because he can camouflage himself against rocks to avoid predators deep beneath the sea; it’s not because he has thousands of suckers all over his body; and it’s not because he featured in a quite strange but generally enjoyable Netflix special recently – but because of his ability to win the ball, as if he had tentacles. I won’t lie, the camouflage thing sounds pretty cool, but in the short-term – until nature catches up and starts producing players who can blend into the grass and then reappear to smash an opponent with a perfectly fair tackle or nip in and score a goal – the ball winning thing will more than suffice.

Anyway, there is definitely more to his game than making tackles, but what he offers in the sense of midfield security is, I think, going to have a significant impact on the way we play and the way we set up in the team in the medium/long term. That his initial involvement in Premier League terms will see us play Man City, Leicester and Man Utd might mean that’s not exactly obvious at first, but going forward it should become more apparent what he brings to midfield. Anyway, no doubt there’ll be plenty to discuss ahead of this weekend and in the weeks to come.

Genuine question here though: He is referred to as ‘Partey’ in headlines on the official site e.g – Partey – The Arsenal stars I grew up idolising – but on the back of his shirt he has ‘Thomas’. Is one more correct than the other? Do we use the former now that we’re in festive mode about him, and the shirt-name when we begin to doubt him? How does it work? Does it matter?! Answers on a postcard.

The final round of internationals take place tonight – until the next stupid Interlull in November, of course – so fingers crossed all those involved with an Arsenal connection come through unscathed. At U21 level, Eddie Nketiah has become England’s all-time record goalscorer after bagging a late one against Turkey last night (a smart finish too). It came just moments after he’d missed a penalty, and with 14 goals he overtakes former Gunner Francis Jeffers and Alan Shearer who both scored 13.

The divergence between the careers of Shearer and Jeffers demonstrates quite clearly that performance for the U21s is no indication of sustained success at senior level, but it’s still an achievement that deserves congratulations. It will be interesting to see how Eddie goes this season, it seems clear than Mikel Arteta and his coaching staff rate him – their decision to keep him rather than loan him when he returned from Leeds spoke to that – but I think it’s also fair to say that he’s got a bit of convincing still to do (and I realise he’s still only 21).

Could the Europa League be his playground? A tournament against opposition you might well expect Arsenal to score plenty of goals against could be just the thing to get him on the scoresheet regularly, but obviously there are times when we’ll need him to do at Premier League level too. Maybe the confidence from one thing can feed into the other? Let’s see.

Right, that’s it for this morning. Have a good one.