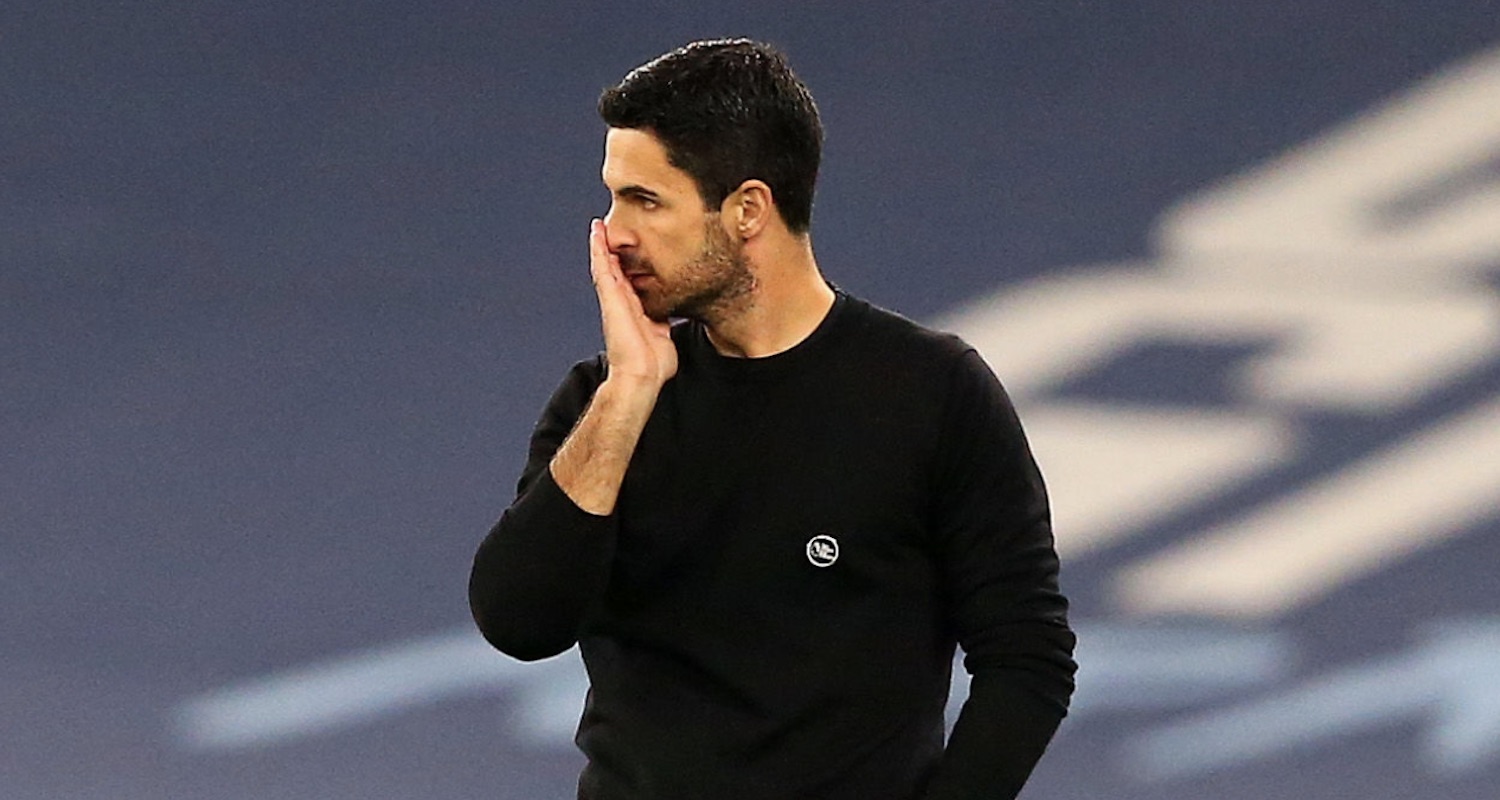 I feel like last night’s 1-0 defeat to Man City is a strange game to get a hold on, because we lost and losing is no good. Yet, in comparison to the meek displays against them in the league of late, this was a bit better. I’m not going to argue that only conceding one goal instead of three is a sign of progress, but on some level that we were still in the game until the final whistle – instead of being desperate for it to blow and end our misery – is an improvement of sorts.

I think what has happened against City in the past has left some scars, and I suspect that played into some of the caution we showed, particularly in the second half. I accept it’s very difficult to find the balance against a team as good as this when you’re looking for a single goal to get something from the game. If you over-commit and leave space, they have the players who can hurt you, so I can understand why we didn’t go hell for leather in the last 20 minutes. However, I also think we could have been a bit braver against a City team who are obviously still excellent but, as this season has already shown, more vulnerable than they have been in the past.

I was a bit disappointed not to see Thomas Partey start, but as Arteta explained afterwards, “I think we have to respect that process and that timing for him because he only trained for a day really and there’s a lot of new information and different game models for him to understand, and we have to respect that.”

When the line-up came out, my initial thought was that with Alexandre Lacazette and Eddie Nketiah on the bench, we were going to see Pierre-Emerick Aubameyang up front, but once it kicked off it was something else. Willian played in a central role, a false False 9 of sorts, and for me this didn’t work. Leaving aside the very obvious issue that our best striker was too far away from the dangerous, central areas for most of the game, Willian just didn’t connect with either of the men outside him. He made just three passes to Pepe, and none at all to Aubameyang.

When the captain did get central late in the first half, he had a superb chance from which Ederson made his second outstanding save in quick succession. Just minutes before, Aubameyang – again in a central area – played a one-two with the lively Bukayo Saka, and the 19 year old’s effort was deflected just over by sharp goalkeeping. For me it’s no coincidence that our two best efforts of the game came with Aubameyang in the kind of area where he can create/be on the end of danger, so as the game progressed it was disheartening to see him stuck out on the flank with City men ensuring he had nowhere to go.

City’s goal was one we can pull apart, from Hector Bellerin getting turned, Bernd Leno parrying a shot into a dangerous area, and Gabriel perhaps losing concentration and getting too far away from Sterling whose run he’d previously tracked, but it was a nice move from a team more than capable of exactly that. In the cold light of day, having watched – yet again – City’s players execute very deliberate and cynical fouls on us, I wondered if there was something else we could have done, but beyond Tierney going right through the back of Mahrez as the ball comes to him on the halfway line, I’m not sure.

We didn’t create much in the second half, but where we did have a sniff was set-pieces. Overall, I thought Willian’s corners were abysmal, from someone who should be able to deliver the ball far better than he did, and the two opportunities from central free kicks were wasted. Pepe’s effort was very tame in comparison to some of what we’ve seen from him before, and – to steal a line from the live blog, ‘The next time Luiz tries to take one of those free kicks, someone needs to give him a tug on his Mr Tumnus goatee and tell him to fuck off back to his own end of the pitch.’

The subs didn’t really help. Lacazette came on but contributed almost nothing, while I’m not entirely sure what we expected Thomas Partey to do with seven minutes left to play. This goes back to what I said at the start. You can play with a bit more urgency and take a few more risks without throwing the kitchen sink at it and leaving yourself massively exposed. I felt like Arteta erred too much on the side of caution in this game, perhaps a bit too respectful of the opposition, hoping that we could nick a goal late on and come away with what would have been a decent point. There’s no shame in losing to a team like City, but it does feel as if we missed a bit of a chance to take something from this game.

A couple of other talking points: Arteta was clearly exercised by the incident just before half-time when Kyle Walker’s high foot could have resulted in something being given for us. Anywhere else on the pitch and I think the referee blows his whistle straight away, so the same should apply in the penalty area. What is somewhat galling though is that it appears that VAR decided very quickly, without any second look, that it didn’t require checking.

Arteta said, “They said that they checked, and I asked ‘How the hell have you checked if you took two seconds to check that action?!’

“Obviously there is something there.”

Which isn’t to blame the result on this incident, but it’s still worth talking about. When you see VAR pore over an incident to see if there’s an arm-hair offside but ignore this, and the brutal and very obvious red card challenge by Jordan Pickford on Virgil van Dijk yesterday, you can’t help but be frustrated.

Meanwhile, Sergio Aguero grabbing the shoulder/neck of Sian Massey-Ellis was seriously out of order. It is something he should apologise publicly for, and Pep Guardiola defending him afterwards is frankly pathetic. I’m sure Aguero is a nice guy, but he did a not nice thing, it won’t kill anyone to acknowledge that. It’s difficult enough for match officials as it is, and even more so for women because of the inherent misogyny that exists within the game and/or the discourse around it. Would Aguero have done that to a man? I don’t think so. He was 100% wrong.

My final thoughts on last night: Bukayo Saka is extremely good and needs to stay in the team, and that needs to be done in a way which keeps Aubameyang in the centre more often than not. I think Arteta’s drawing board got a little confused for this game, perhaps the tactical battle with Guardiola played too a big a part, and he’s got to go back to it and make something work better for next weekend and Leicester.

That’s your lot for today, back tomorrow with more and an Arsecast Extra too, of course. Until then, have a good Sunday.