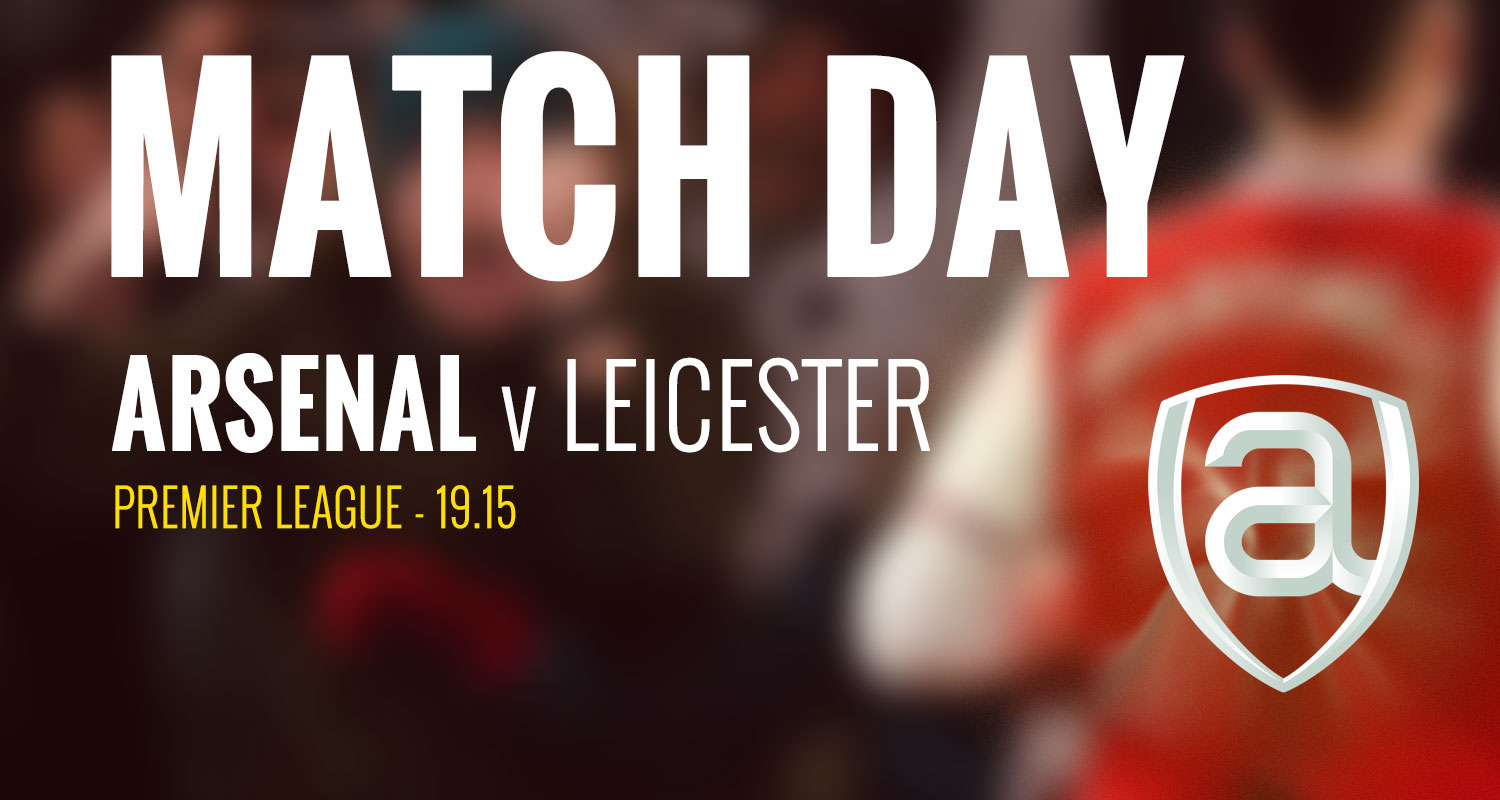 Morning all, hope you enjoyed your extra hour of sleep if you’re in this part of the world.

Our game today against Leicester kicks off at 7.15pm, a really weird time for a match on a Sunday, and it’s kind of throwing my day of kilter a bit. It seems like a long time to wait, and of course the reason for the timing is the fact it’s a pay-per-view game. You’ll be pleased to hear that the fundraising for Islington Giving has gone over £20,000, the generosity of Arsenal fans has been fantastic, and it does send a message about the price of these games.

I’m sure many will still pay because they want to watch their team. The broadcasters know they have a captive audience and the desire of fans to see the match will outweigh their objection to the price. For those who aren’t paying, you know there are other ways to see the game, and we’ll have live blog coverage for you as usual.

Now, onto the team, and the only bit of team news we have is that Dani Ceballos is fit having missed the midweek game due to an ankle problem. Willian is still being assessed because of a calf problem, and beyond that there don’t appear to be any issues from the game in Austria. The question now is how we set up and who plays where.

I realise I’ve been banging on the Aubameyang in the middle drum a bit over the last few days, so there’s no need for me to tell you that’s what I’d like to see. Mikel Arteta spoke about the goal ‘drought’ that has seen the captain go without a Premier League goal since the opening day, and said:

“He needs to get in more goalscoring opportunities, he needs to get the ball more round the box, in order to do what he is able to do.”

And look, I fully accept there are ways of getting him in those positions when he starts on the left, but as Man City showed last week, when you expect him to be there, you can do things which nullify his effectiveness. I suspect Leicester will be expecting him to start there today, so perhaps a little surprise might be useful on a number of levels. I have felt like a big part of the reason he plays left so often is so we can get another striker on the pitch, whether that’s Lacazette or Nkeitah, and if that’s what we do today, I wonder which he’ll choose from the two who struggled against Rapid Vienna on Thursday for their own reasons.

I’m also curious to see what we do in midfield. There’s no question for me that Thomas Partey should start. His quality was obvious on his full debut, even if he couldn’t do much to lift the team throughout a fairly prosaic performance, and who partners him, or how his introduction changes the shape of the midfield will be very interesting. Maybe it might take him a little time to adapt to aspects of the Premier League, but we’ve brought in a Champions League level player who is basically the finished article, and in a home game against a team like Leicester, this is the stage for him.

Can his influence in this area of the pitch make us better from an attacking perspective? I saw this graphic from Tim at @7amkickoff which illustrates some of our issues right now:

It’s too simplistic to say we just need to take more shots, and I think we have to bear in mind that managers like Arteta don’t want players to start smashing speculative 30 yard efforts in order to bump up the stats. They want shots to come from dangerous areas, which means working the ball and trying to fashion those chances, but this does show we’re not doing that as often as we need to. What we saw from Partey’s passing on Thursday was that he looks to get it forward, through the lines, and maybe the addition of that to a team which can be a bit horseshoe at times could make a difference.

At the back, in much the same way as I watched most of the new Borat movie last night, I’m going to view Jamie Vardy sitting on David Luiz through my fingers. An arch penalty-getter against the man who conceded a record number of them last season. To be fair, he’s been solid this season, but I suspect if Vardy’s got a choice of central defenders to play on, it won’t be Gabriel. We know how dangerous he is, we know that Leicester are a team with quality who can hurt us, and I expect Mikel Arteta has reminded his players of that.

This is a home game ahead of a trip to Old Trafford next weekend, and a game we need to take three points from. We have been a bit unconvincing at times this season, and one good display won’t make everything better, but it would be timely if we could match the right result with a performance from which we can take more positives than negatives. A win would take us into the top four.

As ever, we’ll have the live blog as I mentioned earlier and all the post match stuff on Arseblog News. Enjoy your long Sun-day, and let’s hope we get to do the same with what transpires this evening.