Home Arseblog, the arsenal blog Arsenal leave it late to get the midfield Partey started 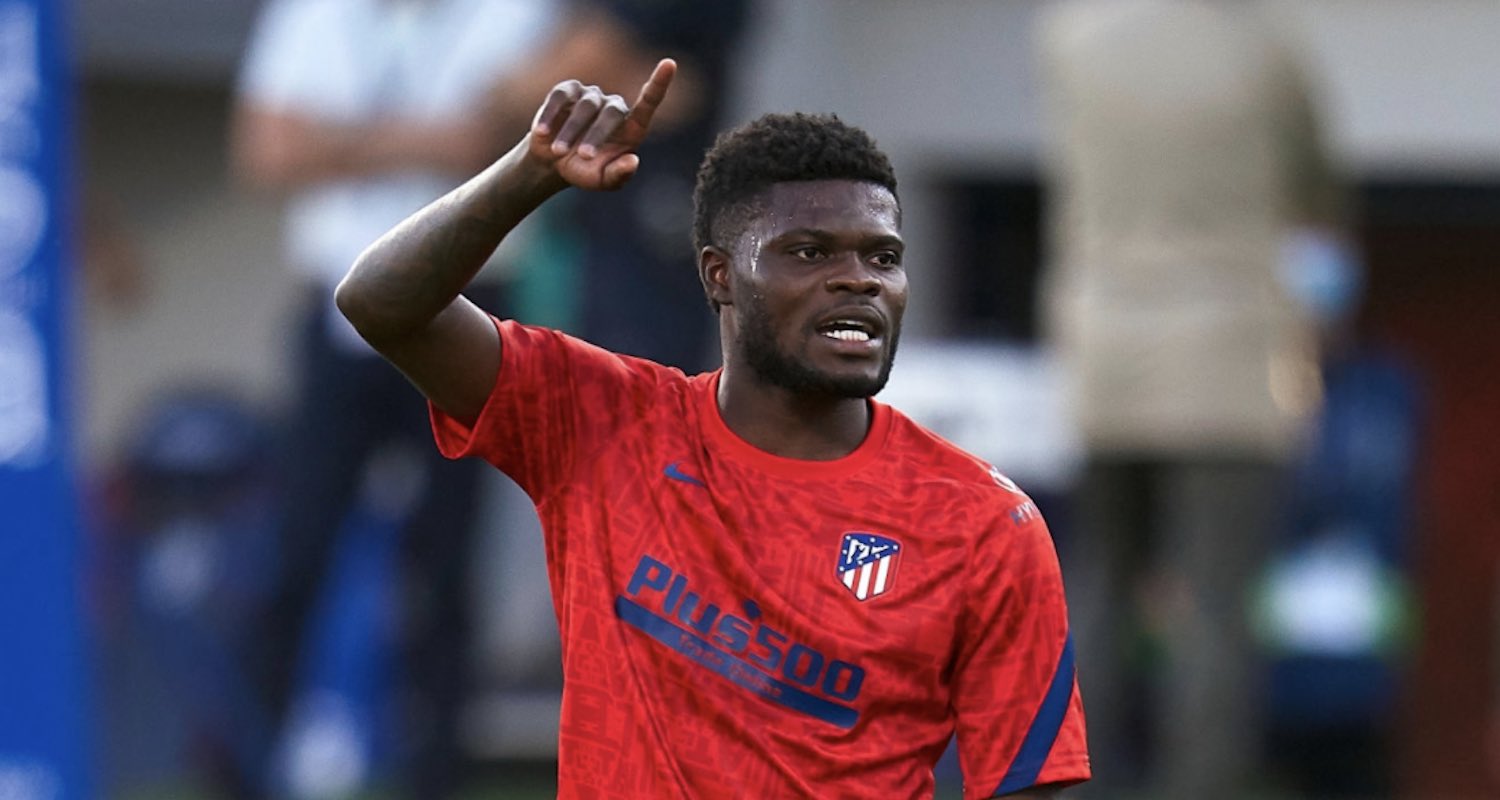 This time yesterday morning I was living in hope more than expectation that Arsenal might pull off a deadline day surprise. But that’s exactly what we did, securing the signing of Thomas Partey from Atletico Madrid by paying his €50m release clause.

The Ghana international has signed a four year deal, and while he’ll be away on international duty during this Interlull, will return to boost our midfield in a significant way. There’s quite a lot to unpack around this, so let’s first read what Mikel Arteta has to say about the player:

He is a dynamic midfielder with great energy. He brings a lot of experience from a top club that has competed at the highest level in La Liga and the Champions League for several years. We’re very impressed with his attitude and his approach to the game. He’s an intelligent footballer and we’re looking forward to him integrating into our system and contributing to the progress we’re building at the moment at the club.

With the departures of both Lucas Torreira to Atletico and Matteo Guendouzi to Hertha Berlin, it would have been a genuine problem had we not brought somebody in, and in Partey we have a high level option in an area of the pitch where we really need it. I know there are still questions about our creativity, but my suspicion is that his arrival will see us transition – perhaps slowly at first – to a back four, allowing us to play with an extra man higher up the pitch.

As for how it happened, well the way it works in Spain is that LaLiga manage the release clauses. When a player has one, if it’s paid in full there’s no need for any discussion or negotiation between the clubs, and that was a big part of how yesterday went down. In a statement, Atletico said:

LaLiga has communicated to Atletico de Madrid this Monday at 11:28 pm that representatives of Arsenal have appeared at the headquarters of the football organization in order to exercise the termination clause of the footballer Thomas Partey. In this way, the player has unilaterally terminated the employment contract that bound him to our club until June 30, 2023.

Does it sound discourteous? Should we have given them official notice? Maybe, but frankly, does it matter? Atletico know how release clauses work, they’re common place in Spain, and just last summer Man City signed Rodri by doing exactly the same thing. Barcelona did it when they brought in Antoine Griezmann, and I could be wrong but I think Atletico themselves triggered the release clause of Joao Felix when they signed him from Benfica. The idea that the first they knew about this was the communication 32 minutes before the close of the window is ludicrous too. If Arsenal Twitter was aware, then so were they, there was just absolutely nothing they could do about it.

What is interesting though is that for release clauses to be triggered, they have be paid in full, so Arsenal yesterday coughed up €50m to bring the new man in. There was no other way to do it. Although we’d been in direct contact with Atletico because of the Lucas Torreira situation, they reportedly wouldn’t negotiate over Partey, so these two deals are distinct from each other. The question you have to ask then is where did that money come from?

The club itself won’t expand, refusing to discuss financial matters in public, so perhaps this is what Mikel Arteta was talking about when he said he felt full support from the ownership. Is this an injection of funds from KSE? Have they organised a loan or done some kind of financial restructuring again to make this happen? Is this now an addition to our debt? I suspect most people won’t care this morning, pleased with the fact we’ve brought a good new player into the club, but on the same day we binned off the man inside the Gunnersaurus suit because of financial ‘streamlining’, we’ve spent more in one day than we have ever spent before. The deals for Pierre-Emerick Aubameyang and Nicolas Pepe were more expensive overall, but the single €50m payment is by far our biggest outlay in one fell swoop when it comes to the playing squad.

So, what will Partey bring to the team? We’ll cover that on the site in more detail later today with a couple of profile pieces, but we’ve needed an upgrade in quality for at least one of the deeper lying midfield positions for some time now, and this is it. We know what we have already, and what they’re capable of, but Partey adds something else, no question about it. When your main options are Granit Xhaka, Mohamed Elneny and a player who doesn’t even belong the club (Dani Ceballos), you have to address that, and the arrival of the 27 year old strengthens us in a key area. He’s also got the experience to come in and produce straight away, he’s been a regular at a Champions League club, and I’m looking forward to see him in red and white (proper, not stripes).

What else? Well, as mentioned Torreira and Guendouzi are gone, but despite some late interest there was no move for Sokratis. Shkodran Mustafi remains with less than 12 months left on his current contract; there was talk of a loan move for William Saliba (which didn’t materalise); while Sead Kolasinac – who had been linked with Bayer Leverkeusen – also stays. His wages were a major impediment to his departure, so too his desire to stay at the club despite our willingness to move him on.

It means that the squad remains bloated at the back, with eight central defenders on the books (Rob Holding, Calum Chambers, David Luiz, Gabriel, Pablo Mari, Shkodran Mustafi, William Saliba, and Sokratis). As James reports in The Athletic (£), we have 19 non-homegrown players in the squad, and with a maximum of 17 allowed to be registered in our 25 man Premier League squad, Mikel Arteta is going to have to leave a couple out. That’s an interesting thing to consider when you look at who has and hasn’t made the squad already this season. Those submissions are usually made very closely after the transfer window shuts, so we should get some clarity on that soon.

There’s still the EFL window, which might see a couple of younger players depart on loan for Championship clubs, but let’s allow the dust to settle a little bit, see what kind of a 25 man panel we register for the Premier League, and then we can do something here to properly assess the window and the state of the squad.

I think we’ll do a quick extra podcast this morning to discuss deadline day and more. I was going to make it Patreon only, but I think after a big signing we should open it up for everyone. If you do want to get on board though and support what we do on the site, it’s just €5 per month, and you can sign up at patreon.com/arseblog.

Right, as ever your thoughts on the new signing and everything else are very welcome in the arses (comments), and as I said we’ll have some bonus pieces on Partey going up here during the day. Keep an eye out for those, and I’ll be back tomorrow with more as the Interlull takes hold.