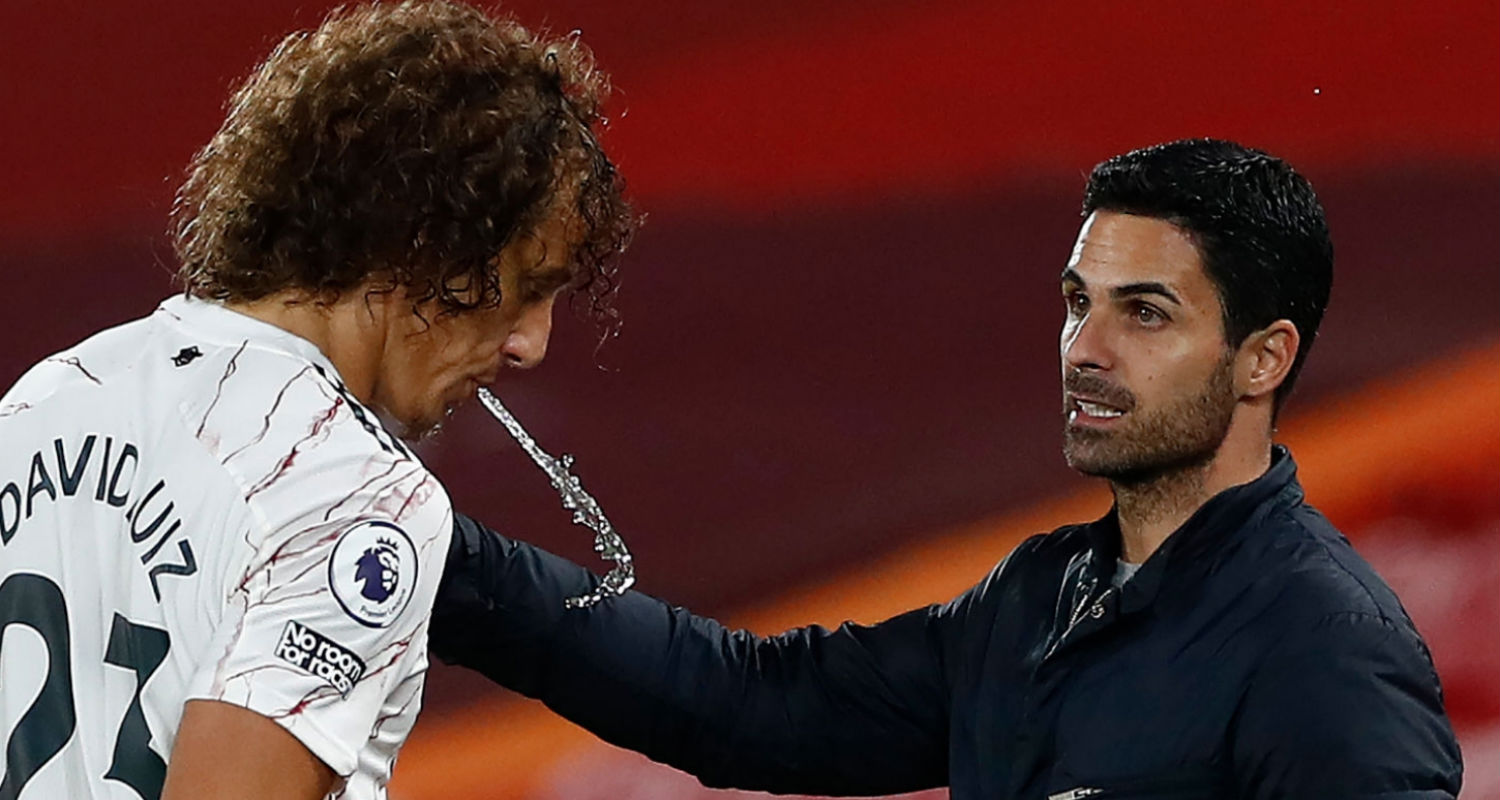 Blogs is enjoying a well-deserved morning off, so I’ve been drafted in as cover. Rather than break with tradition, I figured I’d stick to previewing tonight’s game.

Four days after losing 3-1 to Liverpool in the Premier League, we face the Reds at Anfield again, this time in the Carabao Cup 4th Round.

While Mikel Arteta won’t admit it, this is a fixture we could really do without, especially with Sheffield United visiting the Emirates on Sunday and the transfer window closing 24 hours later.

Liverpool, who play in-form Aston Villa at the weekend, don’t seem that bothered either as evidenced by the fact Jurgen Klopp sent his assistant Pepijn Lijnders to do the pre-game press conference. It’s hardly surprising, remember, this is the side that sent their actual youth team to get hammered in the quarter-finals last season because their senior players were on the other side of the world preparing for the World Club Cup.

To get that far, the Reds apologetically beat us on penalties after a very entertaining-for-the-neutral 5-5 draw. That game was 11 months ago and is such a blur given everything that has happened since that I just went back and watched the highlights.

I’d totally forgotten that Gabriel Martinelli scored a brace, that Martinez probably should have done better for two of Liverpool’s goals and that Ceballos missed in the shootout. It also genuinely amused me that Unai Emery was asked in his post-game press conference about his decision to hand Mesut Ozil just his third appearance of the season.

I suspect the German will be the subject of a question in tomorrow’s post-game press conference even though he won’t travel. I don’t have any inside knowledge on team news, it’s just an educated guess.

With five players injured – Chambers, Mustafi, Mari, Smith Rowe and Martinelli – and a further five looking like they could leave before the transfer window closes – Guendouzi, Sokratis, Torreira, Kolasinac and Macey – we can rotate most of the starters but the travelling squad as a whole is likely to be pretty similar.

Based on the side we put out in the last round against Leicester and those who started on Monday, I think we might line up something like this:

If Aubameyang stays at home, that would leave seven of Leno, Saliba, Tierney, Elneny, Xhaka, Willian, Nelson and Lacazette to make up the bench. We could, of course, take a couple of Academy kids but none featured in the training photos that were shared by the club yesterday.

As for Liverpool, Thiago has tested positive for Covid-19 and is self-isolating and Jordan Henderson, Joel Matip, Alex Oxlade-Chamberlain and new boy Kostas Tsimikas are out injured. Wary of fatigue, Ljinders promised a side featuring “a combination of youth and experience”.

In the last round – a 7-2 win over Lincoln – they left out Mane, Firmino and Salah and started Minamino, Origi and youngster Elliott up top. Having scored on his debut against us, Jota is another option now at Klopp’s disposal.

If Monday’s game highlighted the gap that still exists between the sides, something Arteta spoke about openly, tonight at least gives us an opportunity to show we’ve learned a few lessons. If you’ve not yet watched Adrian Clarke’s analysis on The Breakdown, it’s worth it. As he points out, we were too slow in possession at the back, not quick enough to apply pressure when Liverpool attacked and we struggled to close the gaps between the lines.

Let’s see what happens. I can’t say I’d be overly fussed if we went out tomorrow. Then again, if we beat the best team in the country, it wouldn’t just be a feather in our caps, it opens up a real chance of more silverware. It’s amazing to think we’ve not won this competition since beating Sheffield Wednesday in 1993.

I was at Wembley that day and aside from Steve Morrow’s goal and the untimely demise of his shoulder, my residing memory is of a man behind me calling the referee a ‘sausage maker’ throughout the match. I still don’t have a clue what that means unless he did actually have a job working with processed pork products. It’s strange the things that stick in your head.

With five days left to do business, it looks as though the transfer market is starting to click into gear. Blogs mentioned yesterday that Lucas Torreira and Sead Kolasinac are closing in on moves to Atletico Madrid and Bayer Leverkusen respectively.

Later in the day, reports also surfaced of Marseille’s interest in Matteo Guendouzi. Having been linked with Barcelona, Atletico Madrid and Paris Saint-Germain, speculation over the 21-year-old’s future had died off a bit. Might we now settle for a loan deal in the short-term? Is the Stade Velodrome a suitably glamorous destination for Guendouzi? He’s apparently turned down Valencia, Villarreal and Atalanta already but he might reassess that stance if he can’t make a League Cup squad again.

As for incomings, Lyon’s president Jean-Michel Aulas has warned clubs interested in his players that all deals need to be done by Friday night. No doubt he’s posturing a bit there but he also seems concerned that the constant talk surrounding Houssem Aouar, Jeff ‘The Jeff’ Reine-Adelaide and Memphis Depay is affecting team performances. After reaching the Champions League semi-finals, Lyon have struggled to get going this season, didn’t win at all in September and are currently 11th in League 1. I feel quietly confident that Edu will secure Aouar but he’ll have to hurry up.

Finally for today, if you weren’t aware, October is shaping up to be Arsene Wenger month. The Frenchman’s much-anticipated autobiography ‘My Life in Red & White’ is launched in a couple of weeks and he’s going to be on the publicity trail. Big time.

We learnt yesterday, via Boyd Hilton, that he’s going to be a guest on The Graham Norton Show alongside the likes of Samuel L. Jackson and Dawn French and I’ve also spotted a couple of digital talks / Q&As he’s doing.

At some point, somebody had better ask him about Chu-Young Park!

Right, that’s your lot from me.

If there are any developments on the transfer front, I’ll be covering things on Arseblog News throughout the day and Blogs will be back this evening with a live blog. Catch you next time.