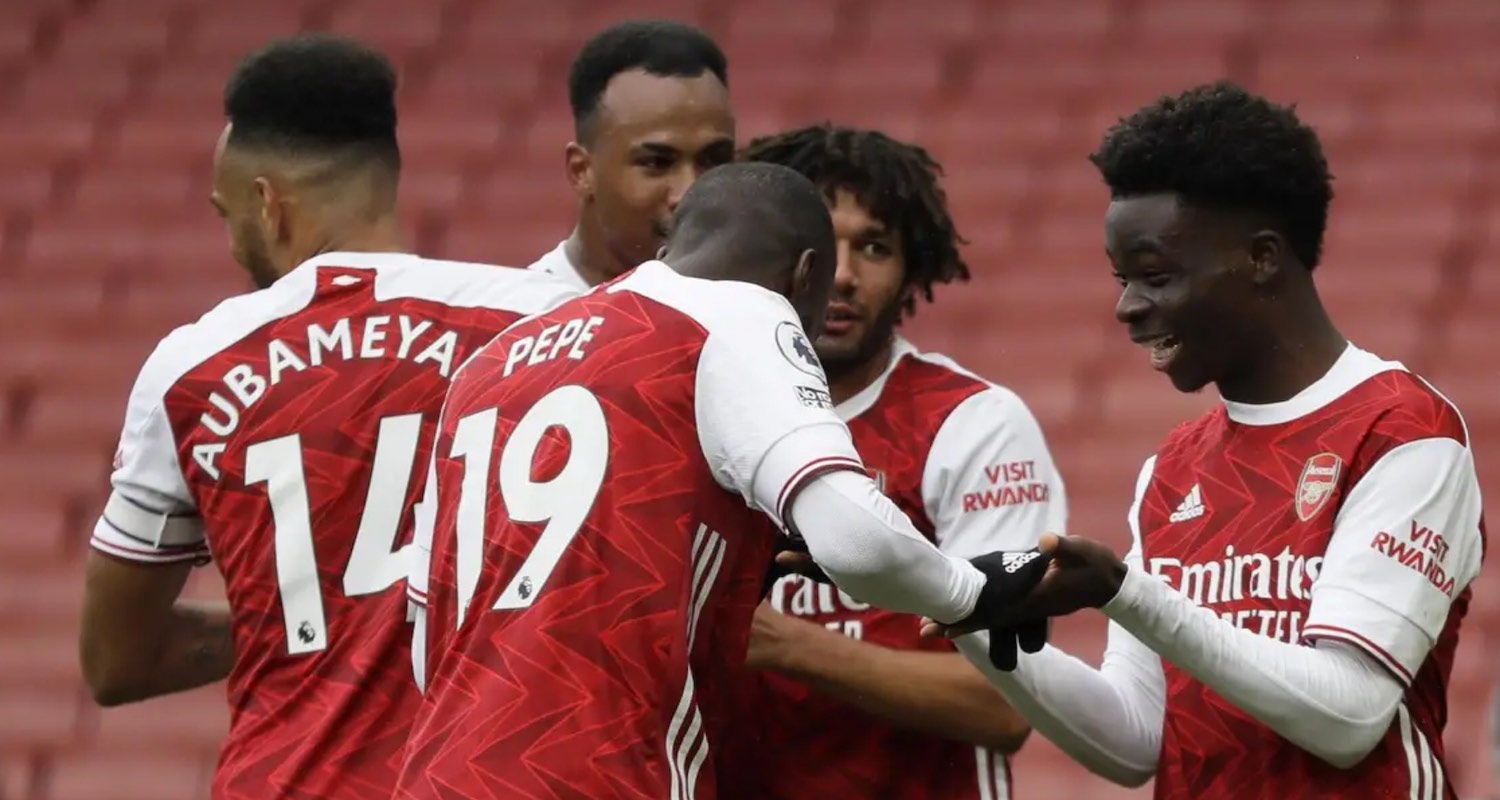 Yesterday was an extraordinary, bizarre, and at times surreal day in the Premier League, but Arsenal’s 2-1 win over Sheffield United provided a kind of anchor of normality before all the craziness began.

The first half, almost the less said the better. Arsenal had lots of the ball but did very little with it. Perhaps lost in the ordinariness of that first 45 minutes was the good early chance we had, Pierre-Emerick Aubameyang’s excellent pass to Eddie Nketiah should have been a solid opportunity to open the scoring and change the complexion of the game, but the young striker’s control let him down.

At the break, the talking points were Sky’s laser-focus on a tiny foul by David Luiz, which they insisted should have been a red card, and a genuinely reckless challenge on the Arsenal captain which was completely ignored. It’s quite funny that the same people who go on about how ludicrous handball decisions are ‘killing our beautiful game’ can sit and advocate for a sending off for something so minor, but there you go.

I thought we were better in the second half, we played with a bit more intent. Aubameyang almost connected with an excellent Dani Ceballos pass, but it didn’t take long for Mikel Arteta to change it, bringing off Nketiah and putting on Nicolas Pepe. All the same, the fact Bukayo Saka started to see more of the ball in the final third was a positive, and it was the 19 year old who put us ahead at the end of a lovely move.

I think it can be true at the same time that we lack a bit of creative spark, and that Sheffield United are difficult to break down. We know this from last season, because we struggled against them then too, so to burst into life and score two really good goals was very pleasing. It’s still very clear that we are a work in progress under Arteta, but more frequently there are flashes of the team it looks like he wants us to become.

The build up to the opener was measured, and then we burst into life with smart interplay on the edge of their box to make space behind their defence. Hector Bellerin’s cross was met by the head of Saka and thumped into the top corner to make it 1-0.

As for the second, well the 19 passes in the build-up were nice, but we had longer spells of possession at other times, so that’s not the key takeaway here. The thing I like about this – beyond the acceleration and guided finish at top speed – was the Ivorian looking to move the ball forward when it was played to him near half way. He didn’t just go backwards to start the horseshoe again. He found Bellerin, picked up the return and drove towards goal before making it 2-0. It felt very much like the kind of goal he needed having had a tricky start to the season thus far.

After that, we were in full control until the final stages. Sheffield United didn’t have their first shot on target until the 78th minute, and there was a pleasing, encouraging comfort in the way we kept possession and basically nullified any attacking threat. A late goal always causes nerves though, and defensively I think both Kieran Tierney and David Luiz will look back and acknowledge they could have done more to prevent David McGoldrick’s shot – but take nothing away from what was a fine finish.

Nevertheless, while we can always acknowledge some issues with our own performance, let’s take the positives from this one. This was a very important three points in the context of what’s still to come during this month, and while their start to the season might make it appear like a routine win against a struggling side, they are a tough nut to crack.

We had the right patience, we created the right moments in the game when a lot of space started to open up in the second half, we scored two great goals and when that happens we need to improve to score the third one and then the game is gone.

Progress can often be slow, verging on incremental. This game is one you might put in the bracket of ‘Last season we wouldn’t have won this’, and to be fair, that’s true. We drew 1-1 at the Emirates, and lost 1-0 at Bramall Lane. A big part of doing better this season was always going to be turning some of the many draws into wins, and yesterday was one of those. Not a game that will live long in the memory, but nevertheless a very solid three points.

Of course the subject of transfers came up as well, Arteta sounded cautious but confident:

Well I am confident we know exactly what we want to do, we are all trying our best to finalise the deals that we want, whether that is sending someone on loan or bringing someone in. We have a complete connection and cohesion between Edu and myself, the board and the ownership, so let’s see what happens in the next 36 hours.

Quite what’s going to happen is anybody’s guess really. I don’t know anything about incomings, but obviously I hope there’s somebody brought in to bolster midfield. Loan deals for Matteo Guendouzi (Hertha Berlin) and Lucas Torreira (Atletico Madrid) are expected to go through, and it wouldn’t surprise me at all if there was quite a bit of loan action before 11pm tonight.

One thing to remember though: there is a second window which runs until October 16th in which deals can be done between Premier League and EFL clubs (but not between PL clubs themselves). That might open up potential incoming deals for players we might have identified down the ladder a bit, using our StatDNA powers of course, and loan departures for some of the younger members of the squad.

As ever, we’re going to have a transfer deadline day live blog which you can follow for all the latest official news as and when it happens, as well as rumours and stories from the more reliable sources out there. Click here to open the live blog – and we’ll be on watch until 11pm tonight.

As for the rest of yesterday, what the absolute shit happened? Liverpool being beaten 7-2 by Villa? Sp*rs tonking United 6-1? All I can say is that I think Solskjaer is doing a fantastic job there, and long may he last. It was a truly bananas day of action, but hugely entertaining at the same. The Patrice Evra stuff on Sky was thoroughly enjoyable too, particularly when he declared himself not a violent man but called for many people to get a slap in the head. What more will this season, and this bonkers year of 2020, bring?

Right, that’s it for this morning. James and I will be recording an Arsecast Extra for you this morning. As ever if you have questions or topics for discussion, send to @gunnerblog and @arseblog on Twitter with the hashtag #arsecastextra – or if you’re on Arseblog Member on Patreon, leave your question in the #arsecast-extra-questions channel on our Discord server.

The podcast should be out mid-morning, so keep your eyes peeled in all the usual places for when it drops.

Now, let’s see what happens today, because even if some of the furore over transfers is a bit overblown, there’s good reason to want us to sign at least one midfielder who can add something to an area of the pitch which really needs it. Fingers crossed.