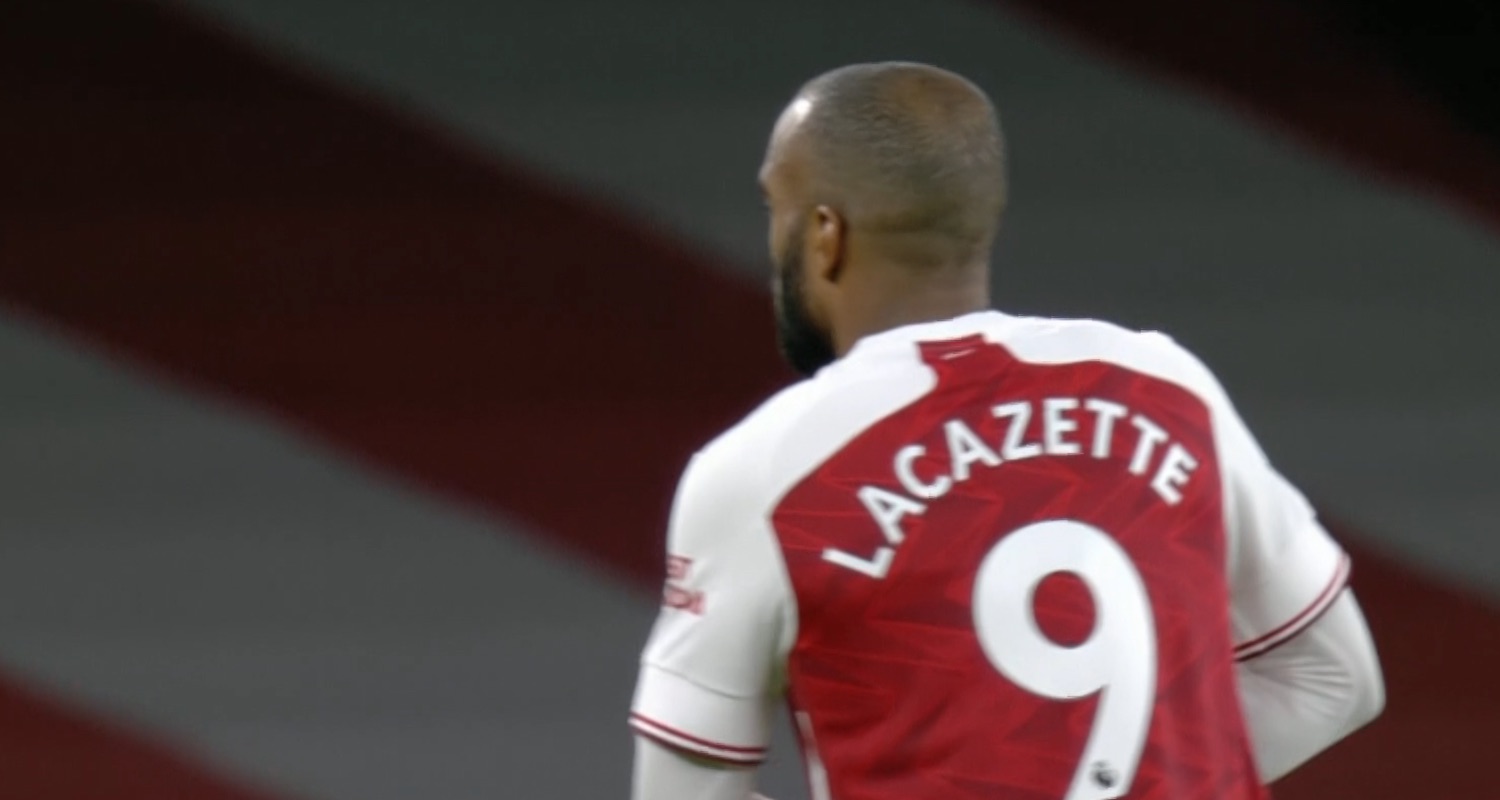 A game of two halves? A bad movie in which we could all see the end coming a mile off? A bit of both? Probably. Nevertheless, it was a frustrating result and a game from which we should have taken more.

I’ll admit I quite liked the first half. Leicester came with almost no ambition to play the game in our half, and whether you’re Brazil 1970 or Arsenal 2020, it’s tough to break down a 3-6-0 who are well drilled and organised. All the same, we had chances to score in the opening period, and were denied an early strike when Alexandre Lacazette’s header was ruled out for offside.

He wasn’t, but Granit Xhaka, standing on the line and getting out of the way of the ball, was deemed to be interfering. I think they got this one wrong. The keeper wasn’t impeded, he dived the other way, and as the midfielder didn’t get a touch on the ball, nor did Aubameyang at the back post, the goal should have stood. I think we can be aggrieved by that one. Arteta certainly was, saying:

We scored a goal and I don’t know how the hell it was disallowed.

It goes without saying that changes the complexion of the game etc etc, but it wasn’t and it was something we had to deal with. You can’t control bad decisions, so it’s down to how you play, what you do with the ball from there on etc. For me there were two great chances to make up for that one being disallowed. First, a Kieran Tierney cross from the left was headed over by Pierre-Emerick Aubameyang, and the more I watch it the more I think it was a better chance than it looked. He got the timing of his jump slightly wrong.

The second was obviously the Lacazette miss. Again, it was a Tierney delivery – perhaps a little meatier than it needed to be – but your striker has to put it away from just a couple of yards out. I don’t want to go all in on the Frenchman, but as I wrote after the Rapid Vienna game, there’s a conversation to be had about him now. The legs look heavier by the week, I’m extremely frustrated by the amount of free kicks he gives away in dangerous areas – admittedly in part because doing the work he’s being asked to do by the manager – and as a focal point to our attack he’s blunt. The ball doesn’t stick anymore, and when it does it takes an age for it to go anywhere.

On the last Arsenal Vision podcast, Paul made the excellent point that the most compelling argument for using Aubameyang as our central striker is now Lacazette. Leaving aside that’s where I’d play the captain anyway, his great mate is currently a problem, and I cannot escape the idea that a significant part of our attacking issues are because of what we’re asking our central striker to do. So this is more criticism of the system than the player, but if we currently don’t have the player who can do it effectively, why aren’t we trying to do something different?

The issue of creativity raised its familiar head again as we struggled in this area once more. I do think we have to acknowledge the difficulty of breaking down a team which sits deep, and Hector Bellerin’s sharp movement saw us find space a couple of times in the first half. However, that David Luiz was so integral to the team from an attacking point of view tells you a lot. He played for just 47 minutes, coming off early in the second half, but by that time he’d completed 13 of 17 passes into the attacking third. We know his quality on the ball, his ability to switch the play was important for us, and his withdrawal negatively impacted us.

What’s telling is that even though he barely lasted a couple of minutes of the second 45, he still finished the game with more passes into the attacking third than any other player. We seemed to play in a way which bypassed Thomas Partey more than involved him, almost like he was some kind of decoy, and having out-shot Leicester 11 to 1 in the first half, they had 5 attempts to our 1 in the second.

It’s hard to understand exactly what Mikel Arteta is trying to do to make this team more potent in attack. Is he waiting for the system to just click? Will it only click when we have better players? Or is there more we can do with the way we set our team up, both in terms of personnel and where they’re used, and how they’re instructed to play. Frustration at our inability to create chances in that second half is fully understandable, and I just wonder if the way we’re playing is a bit too rigid, without enough room for expression.

Their goal, and the goalscorer, felt practically inevitable, and the defending was poor. Xhaka is done too easily by a simple half-step from Cengiz Under, Gabriel really has no choice but to across and cover, and Mustafi is asleep – his starting position is too high, leaving him no chance of covering Vardy despite the Brazilian clearly gesturing at him to get back in as the move develops. Wham, bam, and there’s the game gone. Having been done by VAR in the early stage, we got VARdied late on. The crushing familiarity of it, as well as the involvement of two players who have been part of our ongoing problems for a long time now, was painful.

Him scoring against us is like the sun coming up in the morning and going back down at night. How much damage it does to you depends on what else you’ve done in the game, and we didn’t anywhere near enough to mitigate it. We couldn’t muster an attempt in those final few minutes, when you might reasonably expect a team chasing a goal to pile on some pressure.

Afterwards, Arteta spoke about not creating chances, and how much we missed Luiz:

David was giving us something different when we had to attack the low block with his ability to attack the line and provoke, always threatening in behind. We lacked that a little bit in the second half. Still, credit to them, they are really organised when they do that. It is really difficult to create the chances. We created a really good one with Hector again and we didn’t convert. That’s the difference at the end, in the box, what we are able to do. Certainly, it’s an aspect that we have to improve.

It certainly tells you something about a game, but also a team, when losing a centre-half essentially nullifies you as a creative force. That it’s an area we have to improve is, perhaps, the understatement of the year. I think we had players in Lacazette and Dani Ceballos who had off-nights, and for me I would have made substitutions sooner. That both played the full 90 was a frustration, even if there were a couple of injuries for Arteta to deal with (Luiz, and Saka – who was bright until then).

It now puts even more pressure on next week’s visit to Old Trafford, typically the kind of fixture we’ve struggled with in the Premier League. Everyone knows our record away from home against the so-called Big Six, but after this result and this performance, there has to be some laser-focus on getting three point there. All in all, a result and a display that should give Mikel Arteta and coaching staff some real thinking to do, because we can’t keep doing this and expecting it to just work.

Right, I’ll leave it there for now. Of course James and I will be recording an Arsecast Extra for you later.. As ever if you have questions or topics for discussion, send to @gunnerblog and @arseblog on Twitter with the hashtag #arsecastextra – or if you’re on Arseblog Member on Patreon, leave your question in the #arsecast-extra-questions channel on our Discord server.

Podcast will be out before lunchtime, until then.