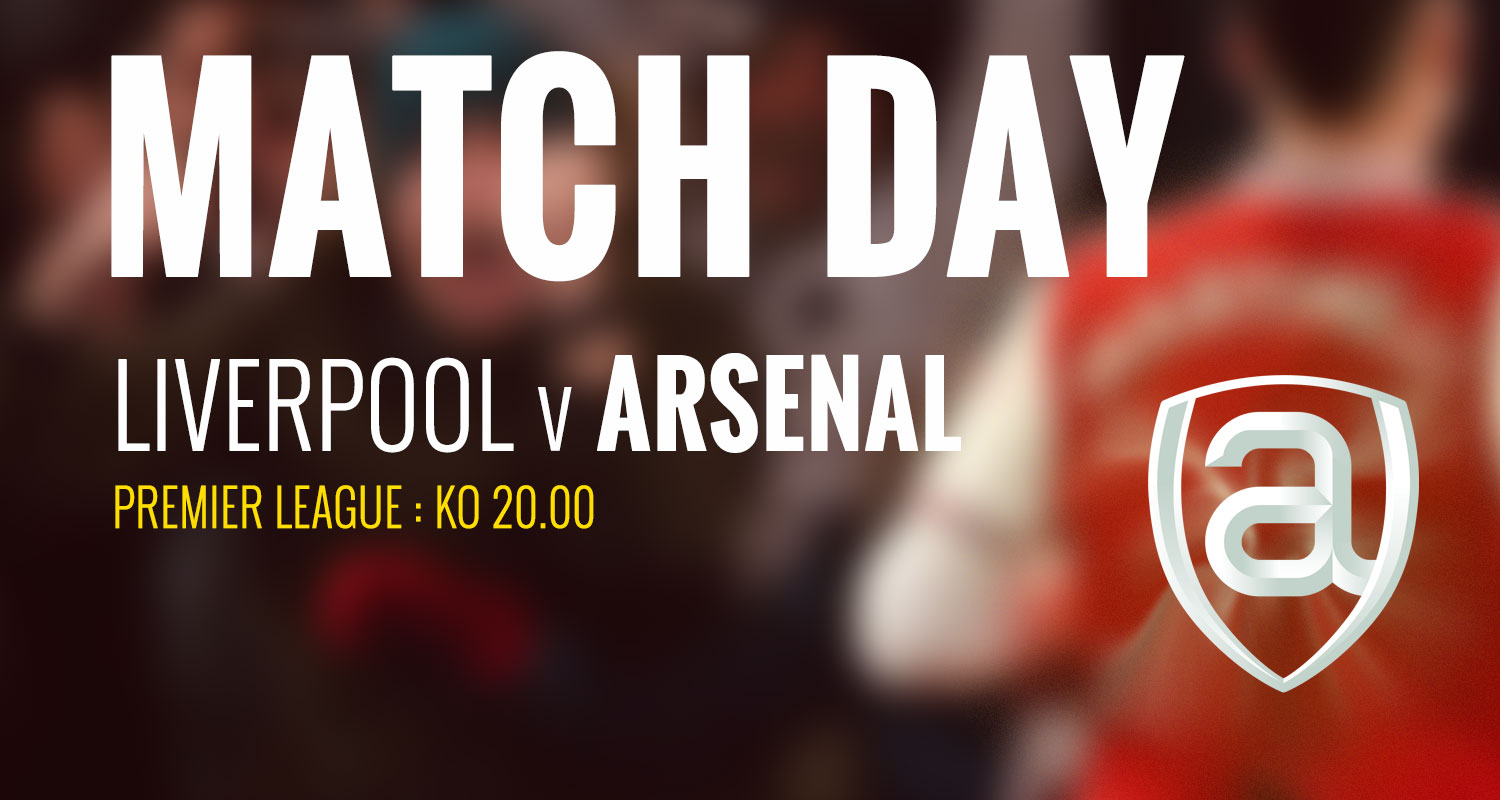 It’s Liverpool tonight as we go to Anfield for the first of two trips in a matter of days. This one, it’s fair to say, is the really important one because Premier League points are at stake.

We’ve beaten Liverpool twice recently, once in the league after lockdown, but that was more down to their mistakes and us hanging on than the quality of our own performance. Then in the Community Shield where I think we were decent value for a penalty shoot-out win. Despite that though, Liverpool at home are a very different proposition. It’s April 2017 since they last lost a game at Anfield, so that very clearly demonstrates how tough it’s going to be take three points – or even one – tonight.

Mikel Arteta was asked about this evening’s opposition, and said:

I don’t see any complacency. You can see that in the 24 or 26 players that they have in the squad, there is not one player that plays half/half on the day, that is not very interested, that they just play for moments in the game.

They just go for it every single minute of every game. And throughout the season, to do that for 10 months, that’s a massive compliment, I think for them.

It sounds very much like the kind of thing he wants from his own team and his own players, but obviously Jurgen Klopp is a lot further down the road with his work at Liverpool than Arteta is at Arsenal. It takes time to get things right, there are going to be bumps on the road as you look to build a competitive squad, but at least the destination is clear.

As for tonight’s team, the only significant piece of news is that Kieran Tierney is back in full training after missing the West Ham game because of a tight hip. Obviously he comes straight back into the team, but it’ll be quite interesting to see who else is in there. I’m assuming that we’re not going to throw any kind of curve-ball in terms of formation/system, so will it be David Luiz at the heart of the defence, or new signing Gabriel?

Tierney could play as the left wing-back ahead of Ainsley Maitland-Niles or Bukayo Saka, with Gabriel moving to the left of the back three, but that would mean a slightly different way of playing. What Tierney does in that position is different from anyone else, it has created a kind of reliance on him almost, so I’m curious to see how this one plays out over the course of the season and where he might be utilised.

For today though, I suspect Arteta will pick him where he’s been at his best, and my guess that he’ll stick with the new man in the middle despite Luiz’s experience. The more senior Brazilian has been struggling with an injury, Gabriel is fitter, bigger, stronger (and other Daft Punk stuff), and at a ground when you’re going to need everybody to be at their physical best, I think that will see him start. After that, it’s Xhaka, Ceballos, Willian ahead of Pepe, Aubameyang and Lacazette.

We held our own against Liverpool in the Community Shield – a glorified friendly I know but it was still a game both sides took pretty seriously once it kicked off. It shows we can compete with them, but we shouldn’t be under any illusions about how difficult it is going to be tonight. Points are at stake, Liverpool will be as desperate to retain the title as they were to win it last season, and they have quality players who can hurt you in the blink of an eye, as we well know.

Mikel Arteta was actually in the team the last time we won at Anfield, which tells you plenty about how things have gone for us there down the years. If you offered me a point right now, I think I’d snap your hand off, but let’s see how this one goes.

As ever we’ll have a live blog for you, plus the match report, stats, player ratings and more on Arseblog News.

Meanwhile, another Premier League weekend, more handball nonsense. Again, how can I not laugh when something bad happens to a rival team? For the old enemy to be on the receiving end of a ridiculous decision is obviously hilarious, but I hope everyone out there is preparing themselves for the inevitable. At some point this handball rule/VAR thing is going to do to us what it did to Sp*rs, to Crystal Palace on Saturday, to Man United last weekend, and it really won’t be funny then.

It always felt like there might be some teething problems with VAR, but it’s now actively making things worse – which is a bit of an issue for a technology which was supposed to make things better and to improve the standards of officiating and decision making. Do we need to change the rules? Perhaps. But for me the easiest solution is just to bin VAR, chalk it down to experience, an experiment that didn’t work and which strips so much from the game itself, and move on.

We should be able to accept that human error is part of the game and deal with that. An assistant referee getting an offside wrong because a striker’s toe is half an inch ahead of of a defender is the same as said striker mis-kicking the ball in front of an open net. Players make mistakes literally all the time, it’s the reason why goals happen, why excitement and the flow of the game enthralls us, so why do we expect officials to be absolutely flawless all the time? VAR is an attempt to make that happen, and it’s an abomination.

I genuinely think we’d all be much happier without it. Who would miss it? The interminable replays, delays, rewinds and decisions which make no sense – even to those who are on the right end of them. Take it out the back, shoot it in the head, and let football be football again. If you’re going into every game with an existential dread of some faceless technology, there’s something really very wrong with it.

Right, have a good one – catch you later for the game.