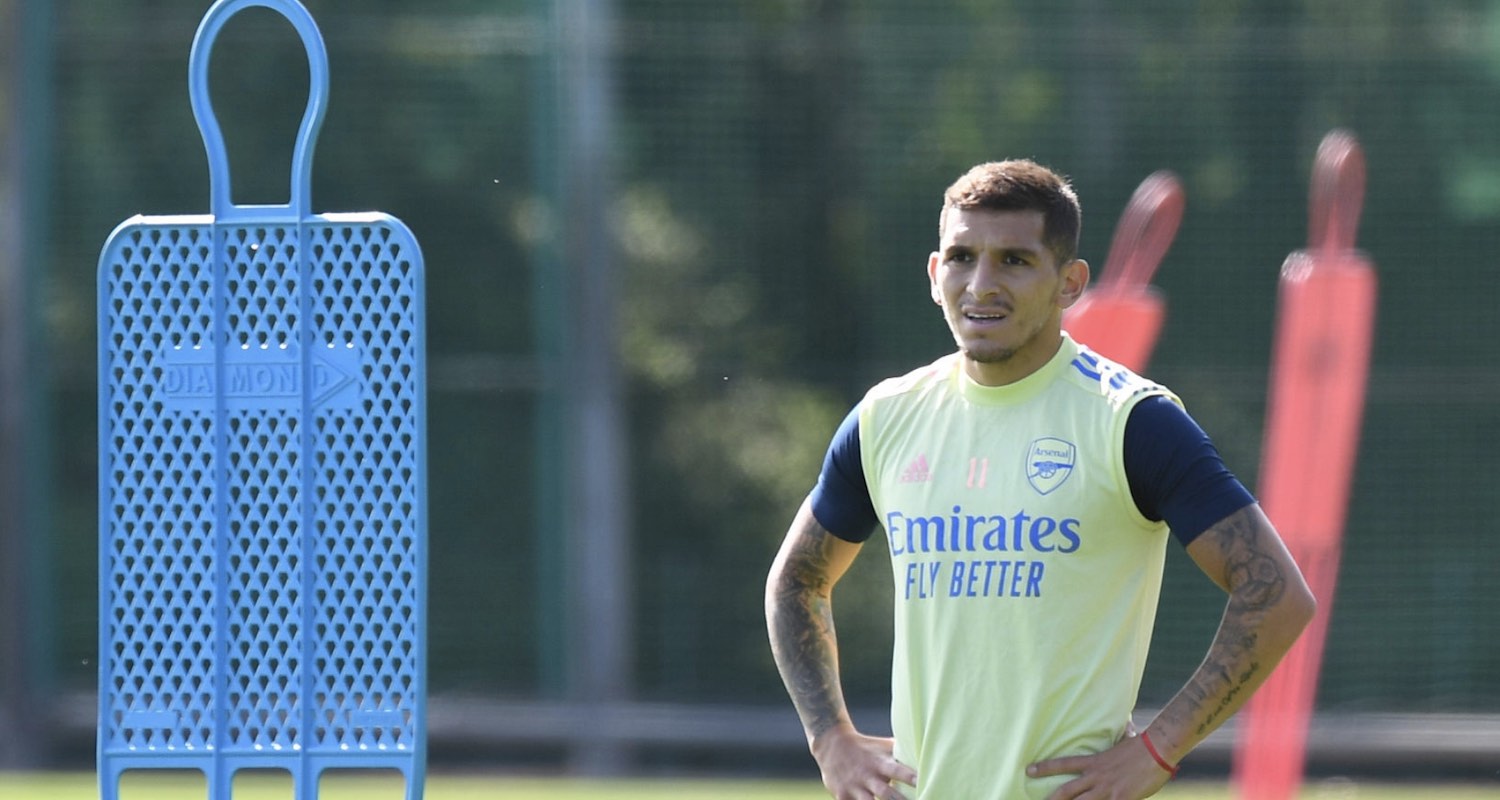 Welcome to a brand new week. Arsenal sit on 6 points in the Premier League, along with Everton, Liverpool, Crystal Palace and Leicester. We play the Foxes in midweek in the Carabao Cup, but we’ll save any thoughts and analysis for another day.

I have to say I enjoyed the Palace win over United on Saturday. I mean, who doesn’t love to see them get beaten? And how funny was it when a team which won so many penalties last season was undone by a penalty that was never a penalty which was then missed and retaken because of the goalkeeper coming off his line? The answer is both very, very funny, and not really that funny at all.

It’s like Schrodinger’s Penalty. I have no idea how the penalty was given in the first place. If that’s handball, there’s something really wrong. There was a similar incident in our game when the ball bounced off Gabriel’s arm and there was a bit of discussion about how we’re seeing the inconsistency of the handball rule. For me, and I don’t say this just because it’s Arsenal, it wasn’t a penalty. A ball bouncing off the top of someone’s arm as they’re jumping for a header should never be a penalty.

This rule which says handball is given is when ‘the ball touches a player’s hand/arm which has made their body unnaturally bigger’, is a bit mad, because players contort themselves in all kinds of positions when running, jumping, turning, defending, twisting etc. So if some lad whacks the ball at you from a couple of feet away, and you’re not going along like Johnny Robot with your arms by your side (thus probably struggling to stay on your feet because we use our arms to balance), you run the risk of being penalised.

However you want to dress that up, it’s stupid. I take as much pleasure as anyone when I see bad things happening to Man Utd – or any other team that isn’t Arsenal frankly – but shouldn’t we also be concerned about the game itself? Similarly, that VAR is now going to check if goalkeepers are millimetres off their lines when trying to save penalties is a load of bollox. If what we saw from David de Gea on Saturday is the level of interference we’re going to get from those at Stockley Park, then a lot of penalties are going to be retaken this season.

For me it weights it too heavily in favour of the attacking side. Maybe this rule is to ensure that penalties are scored more often, that football becomes more high scoring because it makes it so much harder for a keeper to make a save, but I think we’re setting a very low bar here and it’s not great for the game itself. Again, I say this from the point of view of enjoying it when it happens to someone else, but as sure as eggs are eggs, we’ll have our own experience of these issues during the season and it won’t be quite as funny then.

Meanwhile, the transfer market remains open and Arsenal still have issues to sort out. As mentioned in yesterday’s blog, adding something to midfield remains a big priority for us, and from Spain come reports of interest in Lucas Torreira from Atletico Madrid. Apparently Diego Simeone has called the player personally, and you can easily see how the two would work well together at that club.

There’s also the Thomas Partey aspect to it. If Atletico are bringing in a central midfielder and everyone knows we have our eye on their central midfielder, you could easily put two and two together and think we could get this partey started. However, here’s what appears to be the overall scenario.

All of which is to say it’s all very complicated for us, for Torreira, for Atletico, and anyone else who is interested. I think that’s also true of the market in general. Take Mikel Arteta’s quotes over the weekend about Alexandre Lacazette in which he makes it clear no new contract offer has been made. That basically screams ‘COME AND GET HIM’ to any club that might be interested, but who has got the money we might want for him? He’s 29, we don’t want to commit any more resources to him, we’d like to sell, but so far nobody’s been banging our door down.

Reports about Sokratis and Napoli have died down because they need to sell Kalidou Koulibaly before they can make it happen. Reportedly the Greek international is looking for his contract to be ‘cancelled’ i.e – paid up in full by someone – and while that might not sit right with some, why wouldn’t he think that’s perfectly reasonable when Arsenal did exactly that for Henrikh Mkhitaryan? In lieu of any kind of transfer fee, we took a million quid and Roma more than likely covered the final season of his £200,000 a week Arsenal salary, paid over the course of his contract there.

The disparity in Premier League wages is part of why we’re struggling to move players. I’m sure we’d like to to move Sead Kolasinac on, but his wages are out of reach of most potential suitors. There’s talk of Shkodran Mustafi and Lazio doing the rounds, and I suspect if that’s a deal we’re willing to do, we might have to take a bath on some of his wages too.

Having to compromise in the transfer market is not new, but we have a lot of unwanted merchandise that we’re struggling to move in a depressed market. We might have to hold our noses a bit to generate whatever we can, and free up wages, to build the squad we want. I’ve said it before, but I think a lot of this is going to go down to the wire, and the window remains open for another 15 days, so don’t hold your breath just yet.

Ok, that’s it for this morning. James and I will be recording an Arsecast Extra for you this morning. As ever if you have questions or topics for discussion, send to @gunnerblog and @arseblog on Twitter with the hashtag #arsecastextra – or if you’re on Arseblog Member on Patreon, leave your question in the #arsecast-extra-questions channel on our Discord server.

The podcast should be out around lunchtime (UK time), so keep your eyes peeled in all the usual places for when it drops. Until then, take it easy.