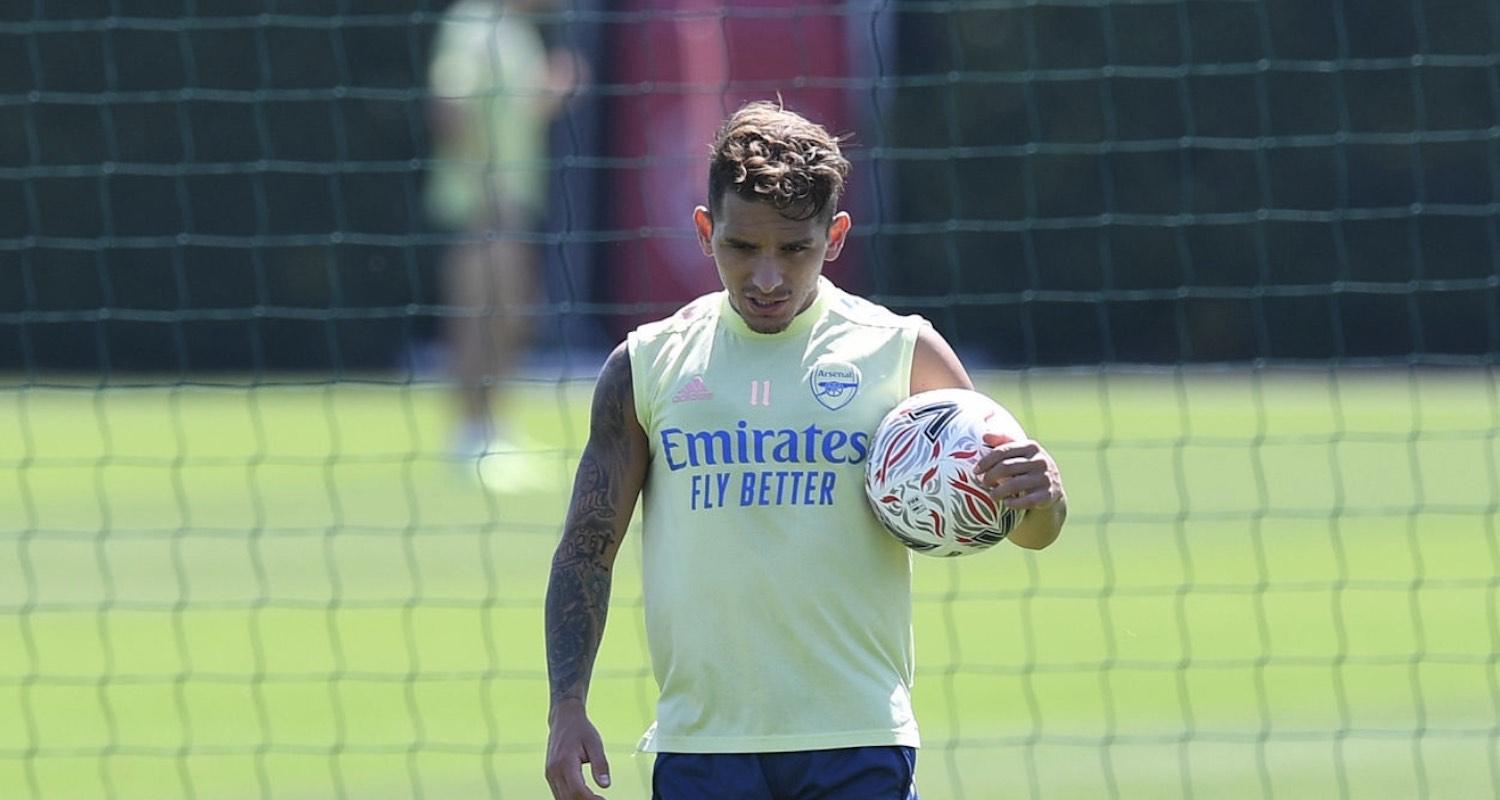 Good morning. There’s another week just gone. Despite the lunacy of this year, it seems to be flying by all the same. Anyway, let’s have some Friday bits to get us going today.

Except, Arsenal midfield issues – in that some of ours aren’t available or we don’t want them anymore – leave us a bit light and Mikel Arteta isn’t ready to give the deal the green light until such time as we do something about that. As it stands, we have Granit Xhaka (away on international duty), Mohamed Elneny, and Joe Willock available for the Fulham game.

Dani Ceballos is in London but has to follow Covid protocols and thus won’t be through those in time for the first game of the season, while Matteo Guendouzi is still out in the cold (and also possibly away with the France U21 squad). My suspicion is that we’re waiting to ensure Xhaka comes back without any kind of problem before sanctioning a deal.

As for the fee, it’s said there’s an €8m loan fee plus an obligation to buy for €16m at the end of the season – although The Times (£) report that as an option. The information in their story is almost exactly the same as the initial report in Italian, so it could just be a mistranslation. The original uses the word ‘obbligatorio’, which I’m sure we don’t need to use Google Translate to get the gist of.

In total, that would be €24m (around £21.5m) which would represent a hit of around £5m in total. Personally, I think it’s all right, all things considered. Torreira clearly wants to go, Italian clubs aren’t exactly flush, and the reality of our pressing need to get funds in and the Covid-impacted market makes this acceptable enough. Without Covid, perhaps we’d get back what we paid for him, maybe a little more, but in truth Torreira hasn’t really done a lot to enhance his reputation as a player (much as I like him), and we can’t ignore the way the pandemic is going to affect valuations.

I also think that we might need to readjust our thinking when it comes to the value of players we’re going to sell. Especially the ones we can all see are surplus to requirements, or with one foot out the door. You can’t say ‘Get rid of this lad because we need someone better’ on one hand, then demand massive prices on the other for your unwanted merch.

“We are working on signing Sokratis Papastathopoulos from Arsenal, we consider it an option,” said Napoli owner Aurelio De Laurentiis.

A fee of around €4m has been mooted, and again I’ve seen people complain it’s too low. Sokratis is 32, has played around 3 minutes of football since the restart, has less than 10 months left on his current contract, and everyone knows we have three thousand centre-halves so we’re not exactly in a position to drive a hard bargain.

Any money in is good money now, and this seems perfectly fine for me when the reality is they could get him for free in a few months.

Clubs yesterday had another vote on how many substitutes will be allowed next season. They had previously decided to go back to three from seven, but another proposal was made to allow five from nine, as it was after the restart. It did not get the 14 votes required to be ratified, so it’s back to ‘normal’ this season.

I can see why some of the ‘smaller’ clubs might have voted against it. If you have a squad like Man City or Liverpool and you can bring on five top class players, it gives you an advantage. I do think, however, that there’s been a general equalisation of talent in the Premier League and while those clubs might well have been concerned about how they fare against those teams, I do wonder if it might have been something of a benefit in the games against the rest.

This is going to be a hectic season. It’s already starting late, it has to be done by the summer ahead of ‘Euro 2020’, Premier League teams are still going to be involved in the EFL Cup, there are European competitions, and after the craziness of the last few months, I just think it would have been sensible to maintain the five subs to protect the players from a physical point of view. I feel like this upcoming campaign is going to one in which fitness plays a bigger part than ever, and with internationals on top of all the stuff I’ve already mentioned – and players already missing because they’ve contracted Covid – how far can you push them without some of them suffering serious injury?

Maybe two subs coming on late in a game doesn’t really have that much of an impact on all that, but I wouldn’t be surprised if this issue was raised again at some point during the campaign.

From an Instagram video, Alexis spoke about his move to Man Utd:

“After the first training session, I realised many things and when I got back home, I asked my agent if I could cancel the contract & go back to Arsenal.”

I loved Alexis as a player when he was in his pomp, but there’s no question we mishandled that last summer really badly. We ended up without the £60m Man City offered for him, and instead of that lovely amount of cash, we got Henrikh Mkhitaryan. Which is a bit like turning down a fortune for your second hand car, and then 6 months later swapping it for a wheelbarrow.

I mean, I don’t feel sorry for him. The half a million pounds a week he earned there will be of some small comfort to him, but it’s still very funny that the first reaction he had to be at Man Utd was ‘Oh shit, get me out of here’. Especially when you consider who the manager was at that time.

Right, that’s your lot for this morning. A brand new Arsecast for you below, talking about transfers, tickets, fans being allowed back in and lots more. All the links you need to listen/subscribe are below. Happy listening.