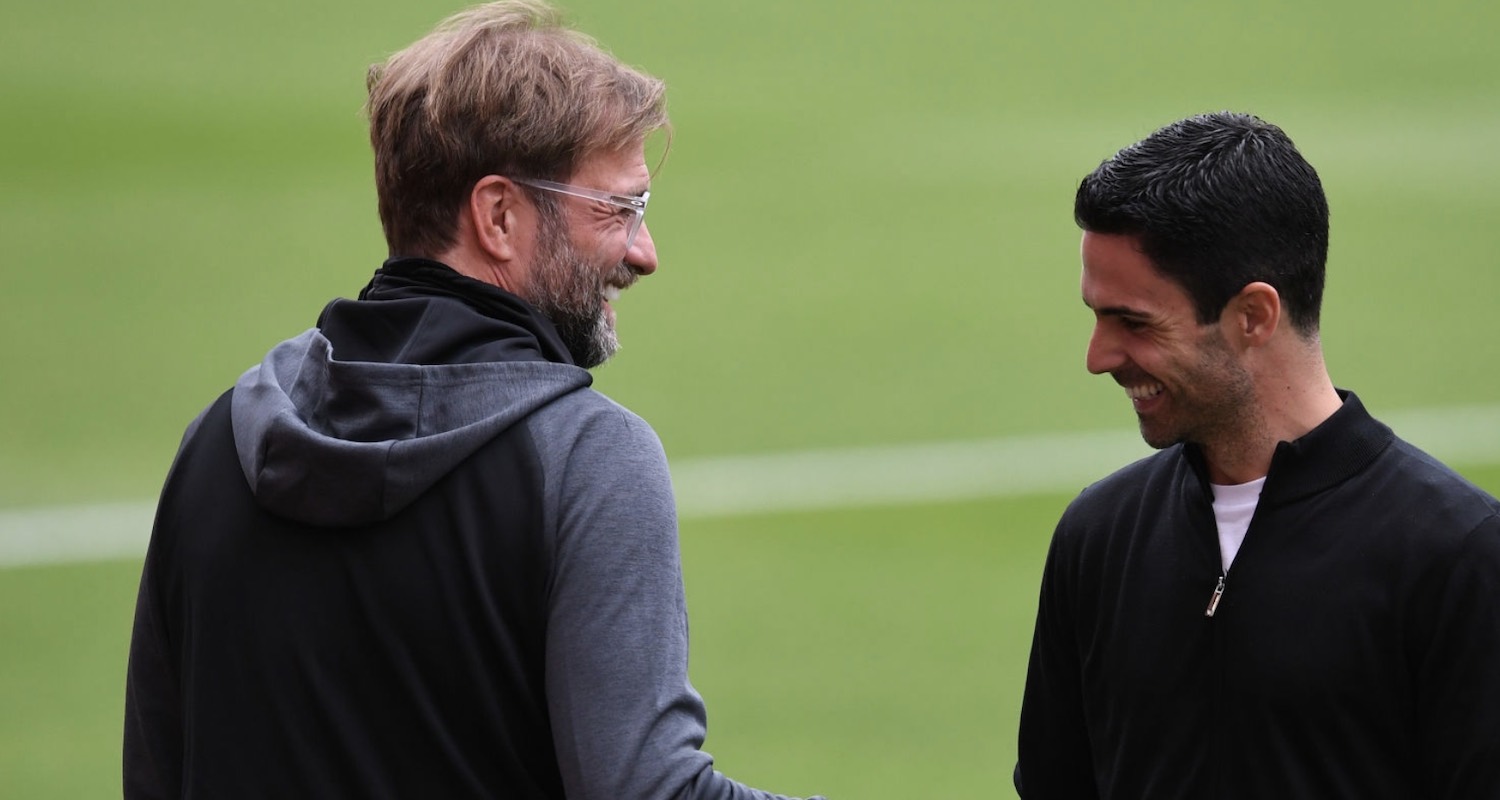 It’s Friday and later on Mikel Arteta will meet the press ahead of our trip to Anfield on Monday. That’s a very difficult game as we know, and we’ll be playing the Mugsmashers twice next week because last night they beat Lincoln City 7-2 in their third round Carabao Cup tie.

The dates of the fourth round fixtures haven’t been announced yet, but the games are scheduled to be played ‘in the week commencing September 28th’. Which is the very date we play them in the Premier League. Jurgen Klopp said last night, “Thank God we have two home games. Sorry, Mikel. You have to come to Liverpool twice!”

So, that certainly gives the manager something to think about for a fixture sandwiched between a game against the Champions and a home fixture against Sheffield United – who we know fine well are a good team after our encounters with them last season. My predicted line up for the Carabao Cup tie against Liverpool is as follows:

We did have a cracking tie against them in last season’s competition, a 5-5 draw which ended in a penalty shoot-out which we lost, so something similar again would be fun. In as much as this competition can be. I know there are financial considerations, but given the fixture list – domestic and international – taking place in a season which is starting late and which has to stop in time for Euro 2020, it does feel unnecessary. But then when did player welfare ever matter for anything?

So, a busy week next week on the pitch, and it’s going to have to be a busy week off it too. After the Sheffield United game on October 3rd, there’s an Interlull, and the transfer window closes on October 6th (bearing in mind that a secondary market between Premier League and EFL clubs remains open until October 16th). There are still things that Arsenal would like to do, it remains to be seen just how much we’ll be able to do.

So far, there’s nothing particularly concrete about any incomings or outgoings. The one around whom there’s most noise is Lucas Torreira who, according to reports, is desperate to go to Atletico Madrid. From what I can gather, the situation is as follows:

1: Torreira really wants to go to Atletico because he had a lovely phone call from Diego Simeone and now he will countenance no other solution to his situation other than moving to Madrid.

2: Atletico only want him on loan but Arsenal want to sell him.

3: Two Italian clubs made offers to loan him but with an obligation to buy but he turned those down because [see point 1].

4: Arsenal want Thomas Partey so they are using this as a kind of negotiation tool to see if they can do a deal which doesn’t include having to pay the full €50m release clause.

5: Atletico Madrid are discussing this with Arsenal.

6: They are also categorically not discussing this with Arsenal at the same time because they say he is not going to leave and they expect him to stay this season. He is Schrodinger’s Partey.

7: Atletico need to sell someone before they can do any deal with Arsenal for Torreira.

So, as you can see, there’s a lot going on. Or not going on. Or going on at the same time independently of each other, but all loosely connected. Look, if Arsenal really want Partey, and Atletico really want Torreira, and Torreira really wants Atletico, and Partey really wants Arsenal, it’s inconceivable to think that the two clubs and all involved won’t be speaking about it, and trying to find a way to make it happen that suits all concerned. Let’s see what happens.

Elsewhere, here’s the latest on other potential departures.

Everyone else: No offers.

As I’ve said though, I think stuff will happen the closer we get the close of the window and clubs are more willing – perhaps desperate – to compromise. That includes us too. We might value a player at a certain amount, but if the market tells you there’s no interest in that player at that amount, you might have to lower your price or think about swap deals and loan deals that aren’t ideal but at least get you something.

The fact that fans aren’t going to be back in stadiums any time soon will surely have an impact on the market too. A revenue stream most clubs were counting on will now not be returning, adding to the financial pressure they’ll be under. There is a solid argument to be made that those clubs who have billionaire owners could use this situation to their advantage, driving cash-strapped clubs into sales at knock-down prices to boost their squads, but that, of course, is predicated on being owned by a billionaire who is willing to help finance that kind of thing. And that ain’t us.

Right, I’ll leave it there for this morning. We’ll have all the news from Mikel Arteta’s press conference over on Arseblog News, and I’ll leave you with a brand new Arsecast with three guests, a t-shirt competition, and a new drama series you won’t want to miss. All the links to listen/subscribe are below.