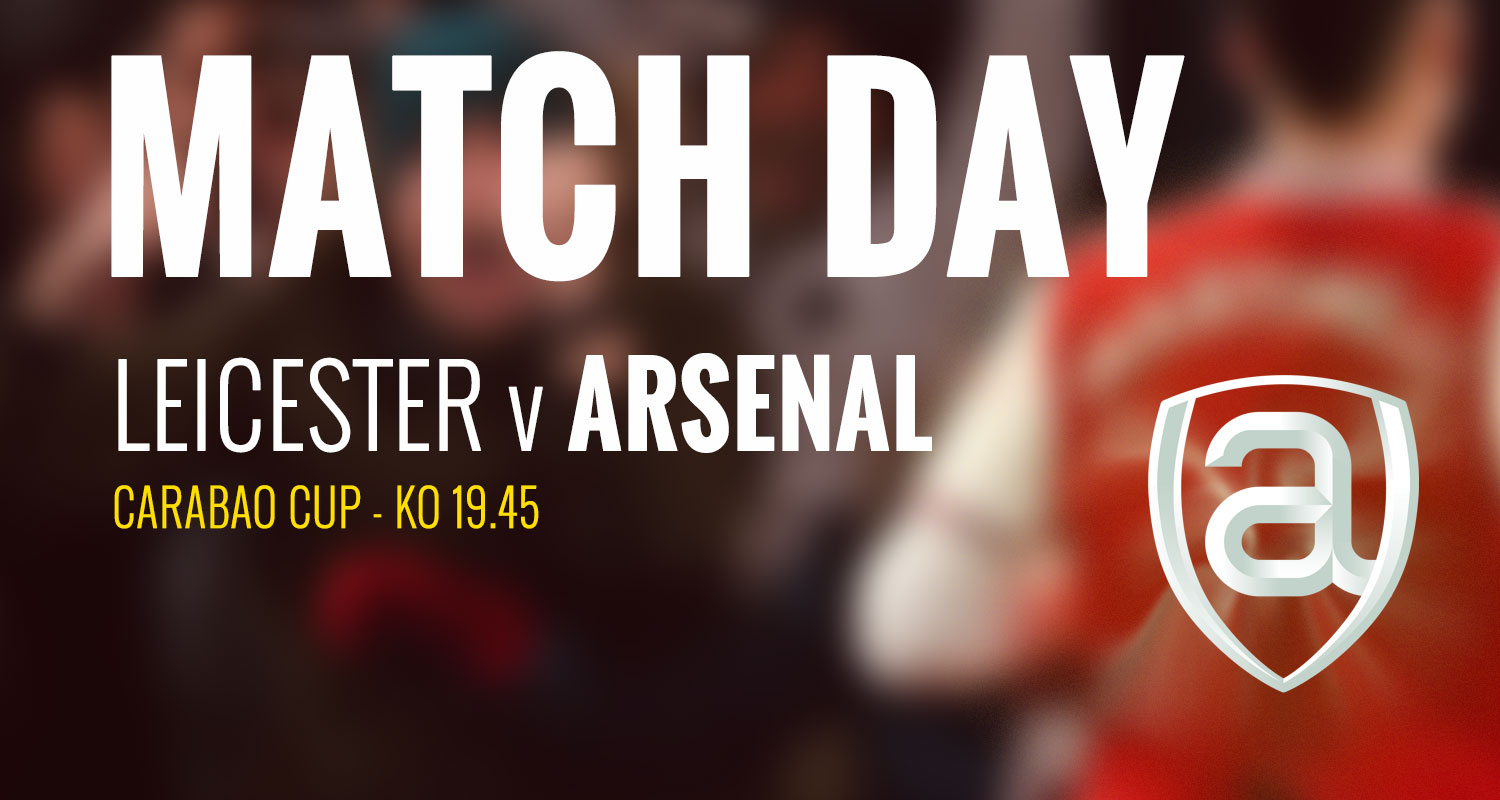 Arsenal are in Carabao Cup action tonight, as we face Leicester City at the King Power Stadium later on.

With Liverpool coming up next in the Premier League, it’s an interesting one for Mikel Arteta. If the trip to Anfield were at the weekend, I suspect we’d see a side with no risks taken whatsoever. The fact that it’s Monday night means we have a couple of extra days to recover, so we might see some players involved who normally might sit this out – even if they’re on the bench.

There are players who could use this game to get some match fitness into their legs; there are players who haven’t featured at all this season, or indeed for some time, who will be looking at this game as some kind of signal regarding their own futures. If, for example, Matteo Guendouzi and Mesut Ozil don’t feature in this one, what does it say about their chances of being selected for more important fixtures? What about someone like Nicolas Pepe who hasn’t started in the Premier League yet this season, as Willian has taken his place? A performance which gives Arteta pause for thought in that regard would be good for him and for us.

There are also young players who will champing at the bit to play and who should be involved as we look to rotate, and potentially a debut for new goalkeeper Alex Runarsson. There are some injuries to contend with. Cedric, who would surely have played otherwise, misses out with a calf injury, while Sokratis, Kieran Tierney and Emile Smith Rowe remain sidelined. It’s still too soon for defenders like Calum Chambers, Pablo Mari and Shkodran Mustafi so it could mean a debut for William Saliba.

On the young Frenchman, who featured for the U23s last Friday night, Arteta is again making it clear he’s a player for the future even if he’s been less involved than some people might have expected:

I think William is doing really well, adapting to the country, adapting to our club, and we have to bear in mind that he had a really challenging season last year with the amount of injuries that that he had. He is going to be really important in our future and things sometimes take some time. And we have to respect that.

So, we could see a team like: Runarsson, Maitland-Niles, Saliba, Luiz, Kolasinac, Saka, Elneny, Willock, Pepe, Nelson, Nketiah – but also find room for Ozil, Guendouzi or even Lucas Torreira if Arteta was so inclined. There might even be a place in the squad for one or two from the U23s to make the bench depending on who else is involved and who we’re not inclined to risk.

On the competition itself, it feels less relevant than ever given the hectic nature of the fixture schedule this season. The manager insists he’ll be sending a team out to try and win the game but suggests we’ll take it more seriously if we make progress towards the later stages. He says:

We’re going to take the Carabao Cup seriously, that’s for sure. And, obviously, with the fixtures that we have, the number of games, it is very difficult.

Maybe not the first game, but (it gets more difficult) as the competition moves a little bit more forwards, with how teams, not just ourselves, are going to treat the competition.

I can’t pretend I’m overly invested in this one. I want Arsenal to win, as I always do, but this season’s targets go beyond this competition, and might be made slightly less complicated by our involvement in the League Cup. The winner gets to play the winner of the Lincoln City v Liverpool tie tonight. We had a cracking match against the Mugsmashers in this competition last year, so let’s see what happens.

It’s not on TV but we’ll have a live blog for you later on if you want to follow the game that way.

Meanwhile, the return of fans to stadiums has been put on hold due to the rise in Covid-19 cases. Like many countries, the UK is seeing a spike, what looks like a second wave, and as such the government announced that plans to bring supporters back would have to be shelved.

It’s obviously a blow for fans who haven’t seen their team play live since March, but also for the club – and football clubs in general who were hoping to see some part of their matchday revenue streams start coming in again, even at a trickle. The wider implications of this for those lower down the football ladder are obviously a major concern, but it’s not unreasonable to think it will have an impact on us as well.

There is a desire, a clamour, to see us spend and bring in the players we all know we need to make us more competitive. Yet, the financial outlook is bleak – as per the AST’s latest updated analysis – so finding the balance between what you might call ‘capital investment’ in the team, and simply having the cash to keep things going, paying wages and everything else, becomes even more tricky.

Arsenal had earmarked the game against Sheffield United on October 3rd as the one which would see fans return in limited numbers. It’s now unclear when it might happen but it doesn’t feel like it will be anytime soon. The news comes on the same day that West Ham announced that manager David Moyes, and players Issa Diop and Josh Cullen tested positive for Covid-19. Given that we played them just a few days ago, it’s a concern, although apparently testing has taken place with no positives at our end, thankfully:

Arsenal were among the Premier League clubs who underwent routine #COVID19 testing on Monday and despite coming into contact on Saturday with West Ham (who have since returned 3 positives), all #AFC results came back today as negative @TheAthleticUK #WHUFC https://t.co/mmiH8K7C8I

Whether there’s more to come on this story from an Arsenal point of view due to the incubation period of the virus remains to be seen, but it’s a sharp reminder that football’s bubble is easily pricked by this thing. If it’s out there in wider society, it doesn’t take much for it to find its way into West Ham, Arsenal or other clubs.

In the meantime, let’s keep fingers crossed that everyone is ok, and remember to do the sensible things for yourself and others. Wash hands frequently, minimise your own potential exposure by wearing a mask where required, and let’s do our best to look after each other. This could be a long winter ahead, so we all have a responsibility – even if it’s understandable and easy to be frustrated by aspects of so-called normal life these days.