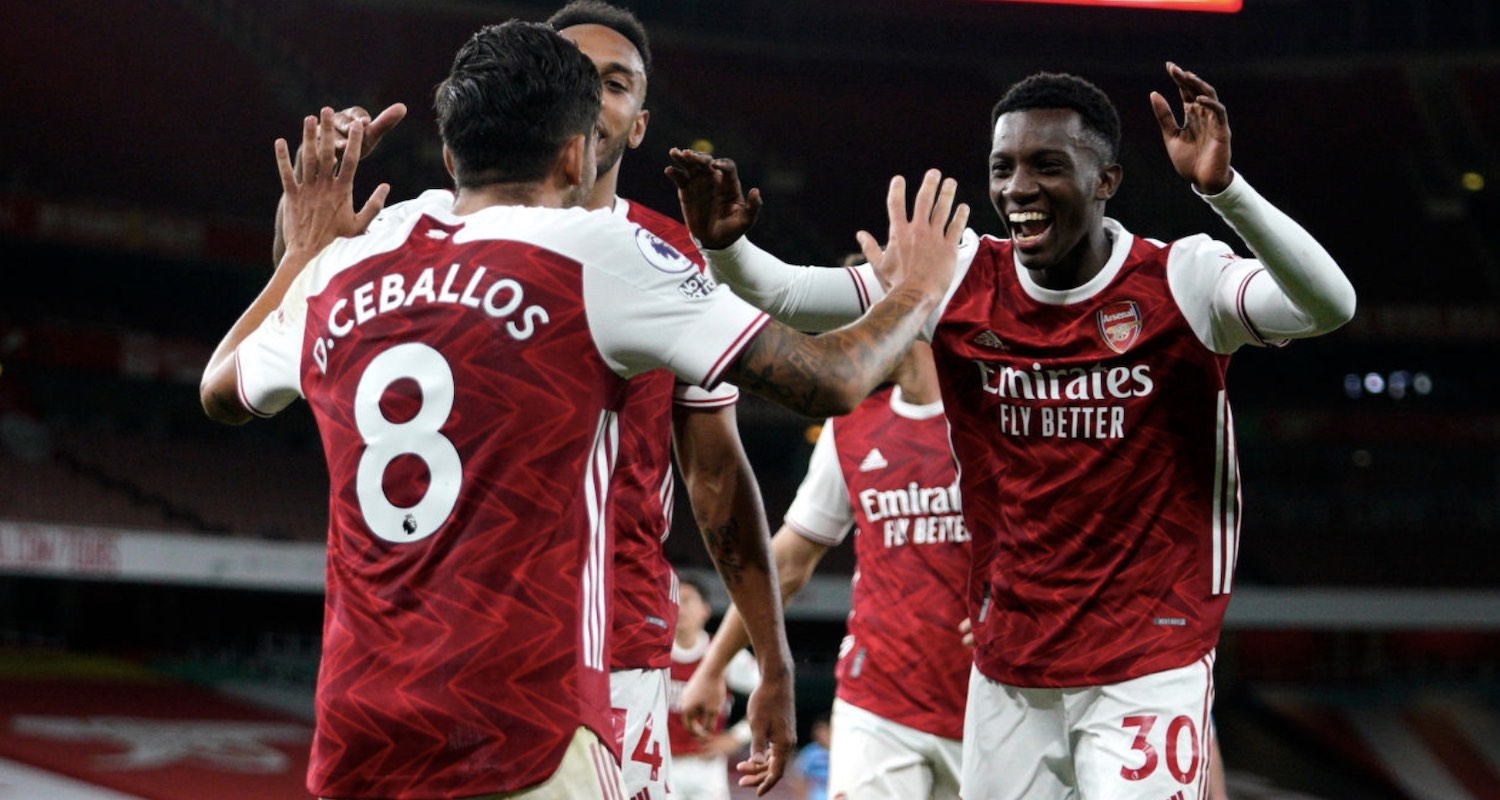 As the final whistle blew last night, Mikel Arteta celebrated with a smile on his face, fists clenched in front of him, fully aware that the three points we’d taken against a resolute West Ham side came in spite of a pretty sub-standard performance for his team. Arsenal didn’t play well, the visitors were organised, hard working, and made it very difficult for us – as well as having some good chances themselves. But sometimes you have to win ugly, and the 2-1 win was no oil painting, that’s for sure.

We weren’t helped by a late change, Kieran Tierney pulled out just before kick-off with a tight hip, replaced by Sead Kolasinac. This game didn’t really tell us anything we didn’t already know about the Bosnian international, he’s an extremely limited player and that was evident in his display. What it really highlighted though was just how particular Tierney’s skillset is in this system – we don’t have anyone who can do what he does.

I saw people ask why Arteta didn’t play Ainsley Maitland-Niles instead, and the answer is because he can’t play as a left-sided centre-half, which is nominally where Tierney starts in this set-up. The manager clearly had doubts about David Luiz’s fitness, because the obvious change would have been to bring him in, and push Gabriel into Tierney’s role, but even then you lose something because the new signing can’t do what the Scotsman does.

It’s an interesting thing for Arteta to consider. It’s not that Tierney is what makes it all work, but he plays a very important, very specialised role, and without him we find it more difficult to progress the ball from the back. Is that something we need to address in the transfer market? Kolasinac can’t do it, and while some of our difficulties came from the fact West Ham matched us in terms of formation with a three at the back system of their own, personnel played a part.

Nevertheless, we went ahead with a nicely worked goal having found the opening stages of the game a real challenge. Bukayo Saka was involved in the inside left channel, Aubameyang’s left footed cross was genuinely lovely, and Alexandre Lacazette thumped home a header from close range to make it 1-0. Saka had a chance to score himself but thumped over, and just before the break West Ham were level.

Granit Xhaka and Kolasinac backed off and backed off, we didn’t do anywhere near enough to prevent the ball coming into our box, while in the middle Rob Holding’s poor positioning, and his uncertain pause allowed Michail Antonio to poke the ball home from close range. That it all stemmed from losing possession high up the pitch and finding ourselves undone by some pretty basic stuff from West Ham won’t have passed the manager by.

Even though we didn’t play well in the second half, there had clearly been some mention of our stand-offishness at the break because we were a bit more engaged defensively, although West Ham still created danger from crosses. We ran our luck a little, they hit the bar, Leno spilled one when he landed face first and the ball squirted out from underneath him, and there wasn’t much to our game from an attacking/creative point of view.

If Tierney’s absence at the back was an illustration of how important he is, you couldn’t look at the game last night without yearning for midfield reinforcement. When Xhaka and Ceballos work well together, it’s pretty good – without ever truly being outstanding. When they don’t, we look pedestrian, one-paced and devoid of that spark you need in games like this. That Ceballos was set to be replaced by Mohamed Elneny before he sparked into life tells you everything you need to know about the options Arteta feels he has open to him in this area of the pitch. You all know the names of players we’ve been linked with, we need to make something happen, but so much depends on our ability to shift players we no longer want.

Saka was again involved for the winner, cutting inside to find Ceballos with a lovely pass inside the defender, he squared for substitute Eddie Nketiah who had a simple finish to make it 2-1. Was it somewhat against the run of play? Probably. Did we deserve it? Well, as a wise man once said ‘Deserve ain’t go nothing to do with it’, but you could understand how West Ham would have felt hard done by in terms of the result.

Afterwards, while Mikel Arteta was obviously happy with the result, he made no excuses for the way we played, saying:

It’s a game to analyse properly because we have a lot of issues that we created ourselves in many moments. There is no structure in the world that can sustain when someone has the ball completely free and gives it to the opponent. So, we have to improve in many things.

All the same, I do think he has a point here:

We need games like this as well to understand the things we need to do better. What I like is the approach in the last 25 minutes when I could see them going a little bit down, they lifted it up and probably a few months ago we would have drawn or lost that game – today we won it.

At the end you have to find a way because throughout the season you’re going to have games like this.

You can’t get away with playing like this on a regular basis, but there is something to be said for having the ability to produce something – the way we did for the Nketiah goal – to get yourselves out of jail. I also liked the fact that Arteta acknowledged our deficiencies so publicly. There’s a tendency by managers to gloss over a poor performance when the result goes your way, so it was refreshing to hear him make no bones about that aspect of it.

Ultimately though, the win was the most important thing. We can work on the rest – and boy do we need to work on some things – but you can’t go back and change a result, so making it two wins from two should be something we’re pleased about this morning. There aren’t any points for artistic merit, so let’s take the lessons we need to take from this and make sure we’re better in our next game – and just to remind you, in the Premier League that’s Liverpool away.

Right, that’s it for this morning, enjoy your Sunday, and I’ll be back tomorrow with more and an Arsecast Extra. Until then, have a good one.