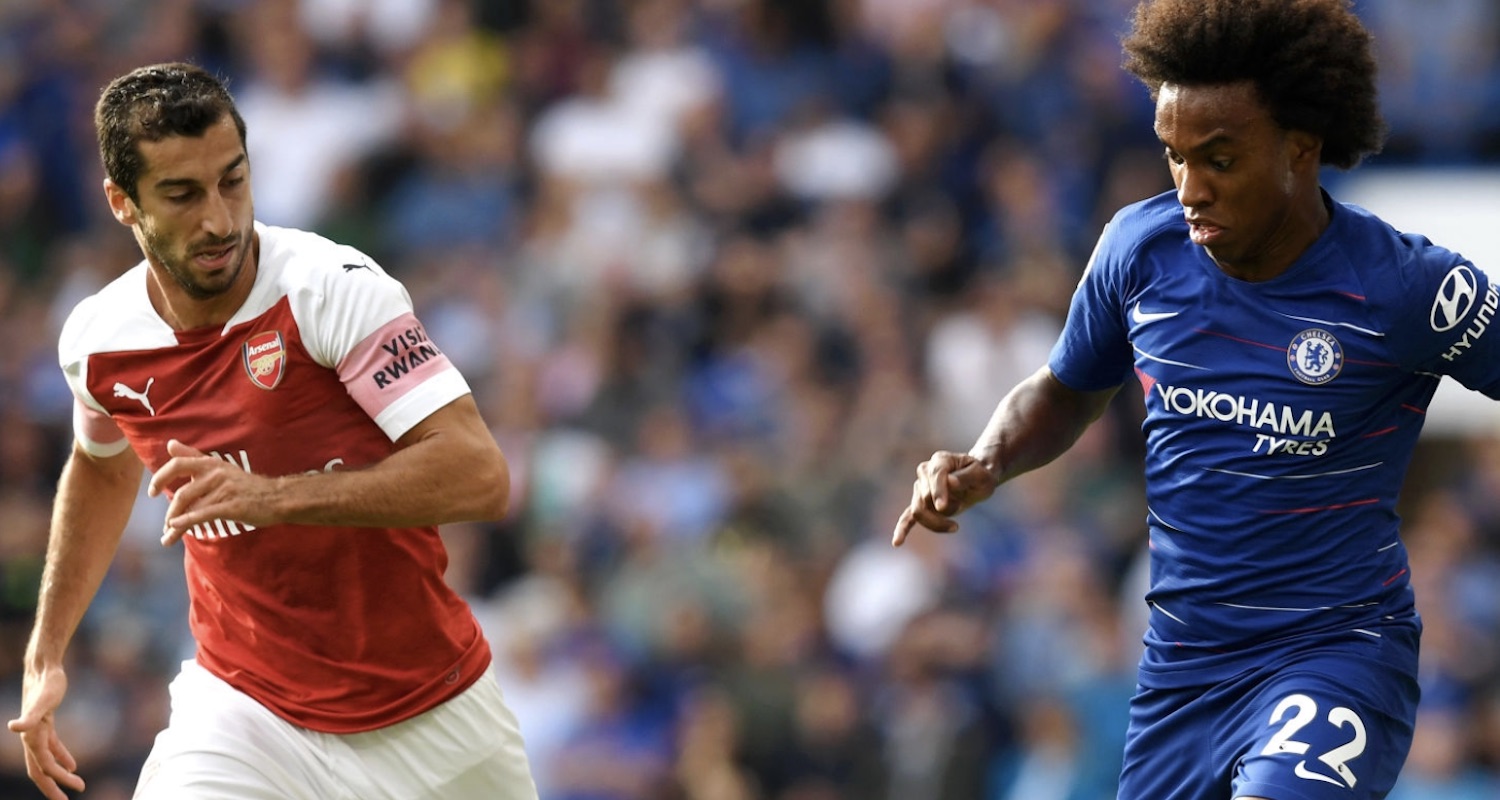 The signing of Willian from Chelsea has generated a lot of discussion. The focus of conversation has been less to do with Willian’s quality and more to do with his age. Starting your much needed rebuild with a three-year deal for a 32-year old doesn’t speak to an approach ready to ‘outsmart the market’- not to mention that it is impossible to ignore the links to Willian’s agent.

I mentioned Edu's close relationship with Kia Joorabchian at Corinthians on last week's Arsecast and suggested it would be interesting to see if it's rekindled now. https://t.co/ZDBRYOLvfy

Concurrent news that Arsenal have made swathes of their scouting staff redundant while signing another ageing Joorabchian client provide cause for concern. In isolation, using links to a favoured agent to get a deal over the line is perfectly understandable. When it appears to constitute a large part of the club’s strategy then alarm bells start to ring.

It calls to mind the old Eric Liddell quote about “having the instincts as servants and not the master of the spirit,” and that seems to hold true as an analogy for agent led-recruitment which should ideally be a servant and not a master. In isolation, Willian is an easy signing to rationalise but Arsenal are also said to be sinking significant resource into a new contract for 31-year old Pierre Emerick Aubameyang this summer.

In January 2018, Arsenal attempted a short-term strategy aimed at quickly boosting the club into the top four. They sunk significant cost into big contracts for Henrikh Mkhitaryan, Pierre Emerick Aubameyang and Mesut Özil and only one of those proved not to be a huge resource drain and a total disaster for the club. Repeating a similar strategy with the likes of Luiz, Soares, Auba again and Willian causes me some anxiety.

That said, those players are not going to represent the same outlay as Özil or Mkhitaryan. On a reported £100,000 a week, Willian is not a stratospheric salary for a Premier League ready Bosman signing [though the add-on fees typical for this type of transfer will boost that sum nicely]. The Brazilian is absolutely adamant that he wants to finish his career with his beloved Corinthians, so an advantageous sale to the MLS or Qatar if the move hasn’t worked after a year or two is unlikely.

I am confident Willian will immediately improve Arsenal; but the question is whether he will continue to improve the team to the tune of £100,000 a week [+ add ons] worth of value when he is 34 years old. Though Arteta cited his versatility, Willian has pretty much always played in the same position as Nicolas Pepe, where the club also have a sizeable amount of resource invested, Willian has played on the left-wing but he has never played particularly well there.

Willian’s ‘superpower’ is beating a full-back on the outside in a short space. He is not really an inverted winger, in fact he is something of a throwback- an old school Stanley Matthews style “drop the shoulder and shuffle on the outside” type. I think ideally a left-sided wide-forward should have been a priority for the club this summer. Willian’s arrival could, of course, mean that Aubameyang is moved into the centre with Willian and Pepe either side of him, but Arteta has not shown any inclination to play Auba centrally.

The Brazilian is certainly the ‘type’ of winger Arsenal could use. He is effective at holding the width of the pitch on the right-hand side and both of the first-choice wide forwards- Aubameyang and Pepe- want to play inside. Strangely, the team has become very adept at being a potent counter-attacking force under Mikel Arteta and having Auba and Pepe as wide-forwards has played into this.

Plan B has been set, it’s Plan A that requires attention and that means playing against deep defensive blocks. That is the challenge Arsenal will face more than any other next season. Willian is very handy in this respect because of his ability to hold width and stretch defences and his ability to by-pass full-backs in short spaces. Arteta highlighted, “His ability to play in those tight spaces, his ability to play people through, to unlock, to drive with the ball and create overloads.”

At international level, he was considered a key cog in the Brazil team because he provided a counter-balance to Neymar on the left, who has a lot of freedom to move inside. This changed a little once Tite took over the reigns of the team in 2016- Tite is a coach that prefers a ‘box-shaped’ attacking strategy, eschewing the more traditional wide player. Willian’s place on the right was given to Phillipe Coutinho because Tite preferred Coutinho’s tendency to move inside.

Willian is an outside player and if that is what Arteta wants, for the time being at least, he has secured one of the ‘purest’ examples in the Premier League. Arsenal do not have a lot of experienced depth in the forward positions. For the FA Cup semi-final and final Arteta left most of the Hale End graduates on the bench, favouring experience in their stead.

Arsenal led both of those games going into the final quarter, had the Gunners really required an increased attacking presence in either of those games, Arteta would have had Bukayo Saka, Eddie Nketiah, Reiss Nelson and Joe Willock to turn to. Next season you can probably add Emile Smith-Rowe and Gabriel Martinelli to that, which adds depth but not experience.

The Arsenal squad does have a collection of players at the ‘experienced’ end of the spectrum. Sokratis is 32, Özil is 31, Aubameyang is 31 and David Luiz is 33. Sokratis and Özil are no longer wanted and Luiz only has a one-year deal. It’s fair to question whether too much experience exited the squad last summer with the departures of Nacho Monreal and Laurent Koscielny.

Arteta spoke in glowing terms about Willian’s personality, “It is the character that I want, the kind of player that when things get difficult in the game that wants to take responsibility, wants the ball and wants to win the game for the team.” Willian has always been considered a coach’s player, the type that will follow instruction and take responsibility. He has always been a good foot soldier and a positive character.

At his best, Willian is the mould of player that Arsenal could do with but it’s difficult to see how he fits into a front line with Pepe and Aubameyang without one of those players being moved into a sub-optimal position. Squad depth is desirable; but the principle element of squad building is having a strong and balanced starting eleven. Willian would be a very expensive ‘depth’ option in salary terms.

However, at this stage it is also worth waiting to see the totality of the summer transfer business before coming to a final judgement. With a restricted budget there will be cloth-cutting required and if taking Willian on a free transfer allows money to be spent on, say, a central midfielder and a centre-half then maybe it can be viewed as an expedient decision.

The issue for fans is one of trust, the club have done precious little to demonstrate a joined-up recruitment strategy that takes tactical balance into consideration. This is Edu’s job as Technical Director, to set down a playing style and recruit according to it. If reports are true that Arteta has asked for the player, then I think that augurs well.

There is a difference, however, between asking for a player and being asked whether you would like him. My prediction would be that Willian does offer an immediate improvement to the Gunners attack but the debates about how to balance the attack will persist and whether Willian represents value for money in 2022 remains to be seen. Maybe the economic effects of covid will have smoothed by then and Arsenal feel short-termism is a worthwhile policy to pursue in the meantime- but it does feel like we’ve been down this road before.