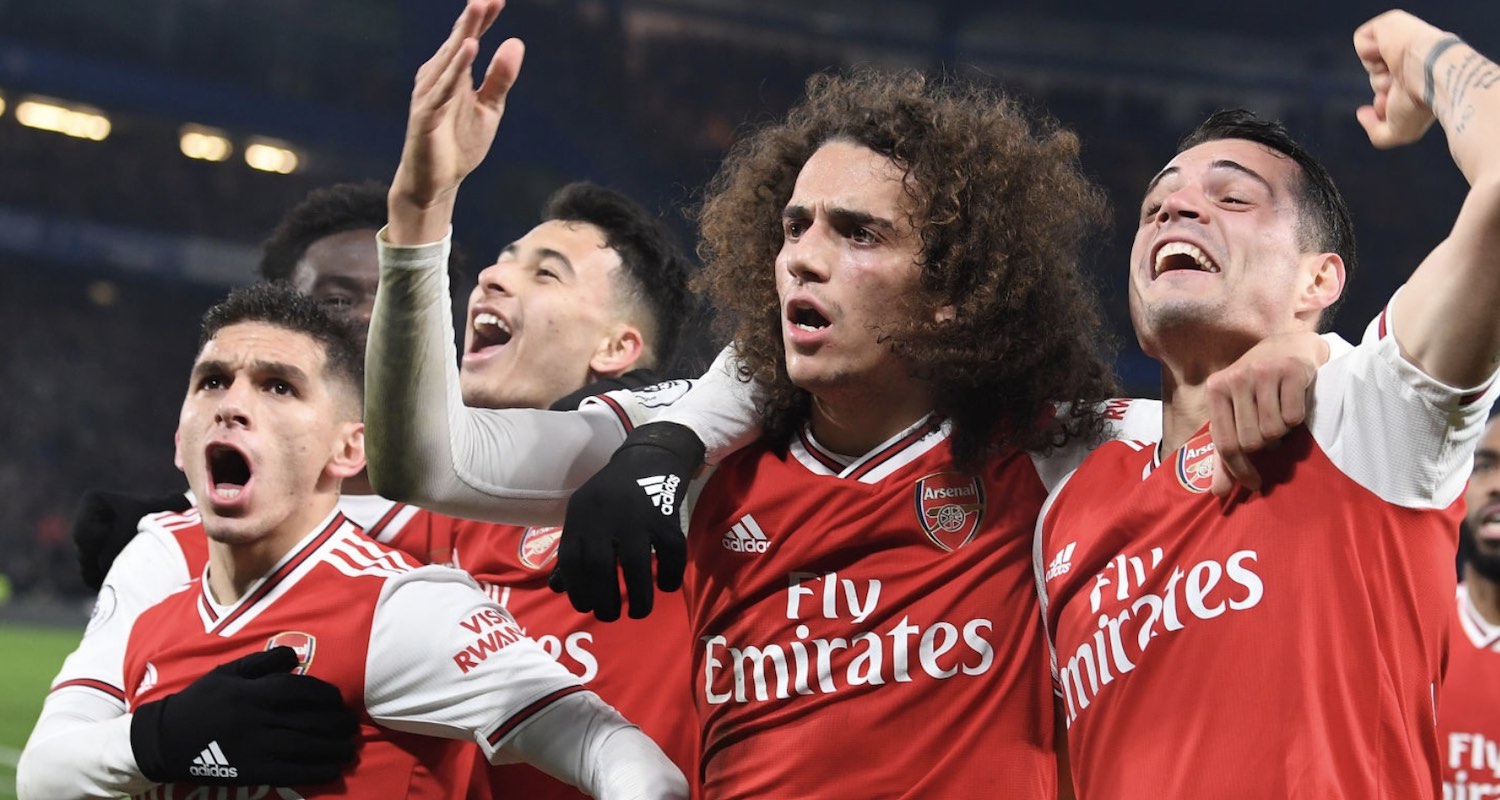 It would be fair to say Mikel Arteta has got plenty to contend with this summer. Some of his problems are not bad, in fairness.

‘Oooh, which of these two excellent goalkeepers will I play?’, for example. It might become a problem down the line when one of them decides he’s not playing enough and kicks up a bit, but that’s the kind of difficulty most managers would be quite happy to deal with.

Elsewhere though, he’s got a lot of thinking to do. Such as,’Oooh, what kind of central defence can I fashion from this motley crew of miscreants and ne’er-do-wells? Help us Obi Wan-Saliba, you’re our only hope.’

Note: I don’t think Mikel Arteta prefaces every important decision he makes with an outrageous ‘Oooh’, by the way.

We know he’s got some stuff to think about up top. Aubameyang central, Lacazette’s future, Pepe, Martinelli, Saka, the bold Willian – assuming that’s where he’s going to play him. I thought it was interesting to read some snippets about how he’s actually planning to use Willian in midfield.

‘Oooh, what an unexpected tactical knick-knack that would be!’, I thought, but then I also thought that maybe the reason he’s thinking of using him there is because at least he knows he’ll have him. Does he have that kind of assurance about the players currently in his squad? Let’s have a look.

He played no part in our final 11 games after whatever went on following the Brighton game. It wasn’t his grab at Neal Maupay’s throat, this was some internal disagreement, and despite Arteta leaving the door open, Guendouzi refused to back down and was thus left out of the squad. The manager doesn’t strike me as the kind of man to cut off his nose to spite his face, and the reality is given the schedule etc, we needed as many fit bodies as possible.

Arsenal want to move him on. He wants to move on himself, I’m sure, although I couldn’t care less what he does as long as we get some kind of decent money for him, or leverage in a swap deal for a better player.

Chances of being at Arsenal next season: I mean there’s always a chance, but it’s like 0.0000000001% at this point. Like the umpire scene in Naked Gun ‘You’re outta here!’

Has made it clear he wants to play, but doesn’t quite seem to fit into what Arteta is doing. Perhaps an extra man in midfield if we shift to a back four gives him more opportunity in that regard, but he doesn’t sound like a man who is fully settled at the club. The latest rumour, after links with AC Milan and Fiorentina, is a swap deal involving Roma’s Amadou Diawara.

His departure would be one of the least surprising of the summer if it went through.

Chances of being at Arsenal next season: I’d say 50/50 but if pushed, I’d stick a fiver on him going back to Italy.

Not our player, I know, but someone we’d like to keep after his loan spell finished well. At the moment there’s a lot going on in the Madrid press about him. He was so impressive in big games Real Madrid want to keep him, said one report. Another suggested that our lucrative offer of a £0 loan fee + paying half his wages didn’t go down particularly well.

The Spanish champions have made it clear that money is tight, as it will be for many clubs, as such they’re not going to do us or anyone else any favours. Ceballos is 24 with three years left on his contract. He is an asset they could generate funds from. I’m skeptical about their desire to keep him because he and Zinedine Zidane don’t get on, but I do think we’re pushed into making a substantial move for him, and the wider market will be alerted to his availability.

Even if it’s on loan, we’ll have to do better than the offer we reportedly made – if that’s true.

Arsenal as a club have to find a solution to this situation. It’s clear he’s not going to play. We still have to pay him even if he does nothing. If he’s not part of the plans and isn’t going to be picked, we might as well just pay him to do something somewhere else. Even if it lifts the financial burden of his wage packet by just 10% or 20% as we cover the rest of his salary, it’d be worth it.

Chances of being at Arsenal next season: 99.99% or 0%. I do think it’s up to us though. All the posturing from the player’s side is basically saying ‘Pay up’, regardless of how much he says he loves it at Arsenal. He can’t be loving it now. Sort it.

He made 44 appearances last season which is a lot for a 20 year old, and he could definitely build on that. All the same, you could make a good argument that a loan deal would be beneficial to him. I guess that will depend on how necessary his presence is in the squad based on the other issues we have to sort out.

Chances of being at Arsenal next season: 75% – and I do think being part of a midfield three would suit him a great deal more than the way he was deployed at times last season.

Going nowhere, surely. You have to maintain some measure of continuity in your squad, and while a few short months ago his situation one of the biggest problems we had, that’s no longer the case.

Chances of being at Arsenal next season: 100%, unless there’s a bid from somewhere we simply can’t refuse, but I don’t see that materialising.

I know that Arteta also has players like Ainsley Maitland-Niles and Bukayo Saka to think about, but there are question marks over the former’s future, and he’s barely ever played centrally for us. Saka is an interesting idea for a modern number 8, but at just 18 there’s still plenty of learning to do. So, the manager could face a scenario in the next few weeks where the only central midfielders available to him at Granit Xhaka, Joe Willock, and Willian who – despite his desire to feature elsewhere – played almost exclusively as a wide player at Chelsea.

The concept of an Arsenal midfield rebuild is not a strange one. It’s long been a point of discussion and debate as we’ve brought in players who have tried and not quite been the guy we’ve been looking for. The links with Thomas Partey make a lot of sense, because he’s a good, experienced player, but Arteta also needs creativity and, quite importantly, some depth. We face a long season with a lot of fixture congestion to get everything done before the Euros next summer. For that you need to be able to rotate, especially when you get into the meat of the Europa League grind.

Given his career in that area of the pitch, and his understanding of the modern game and the way he wants to play it, I’d feel confident that Mikel Arteta knows what he wants from the market before it closes in October, and the kinds of players who will fit into his plans. It’s now a question of how much we can do, with whatever resources we can muster, and how creative we can be in terms of finding solutions for these problems.

I don’t think it’s something we can sort out in one window, but I think there’s going to be a lot of midfield movement during this window.