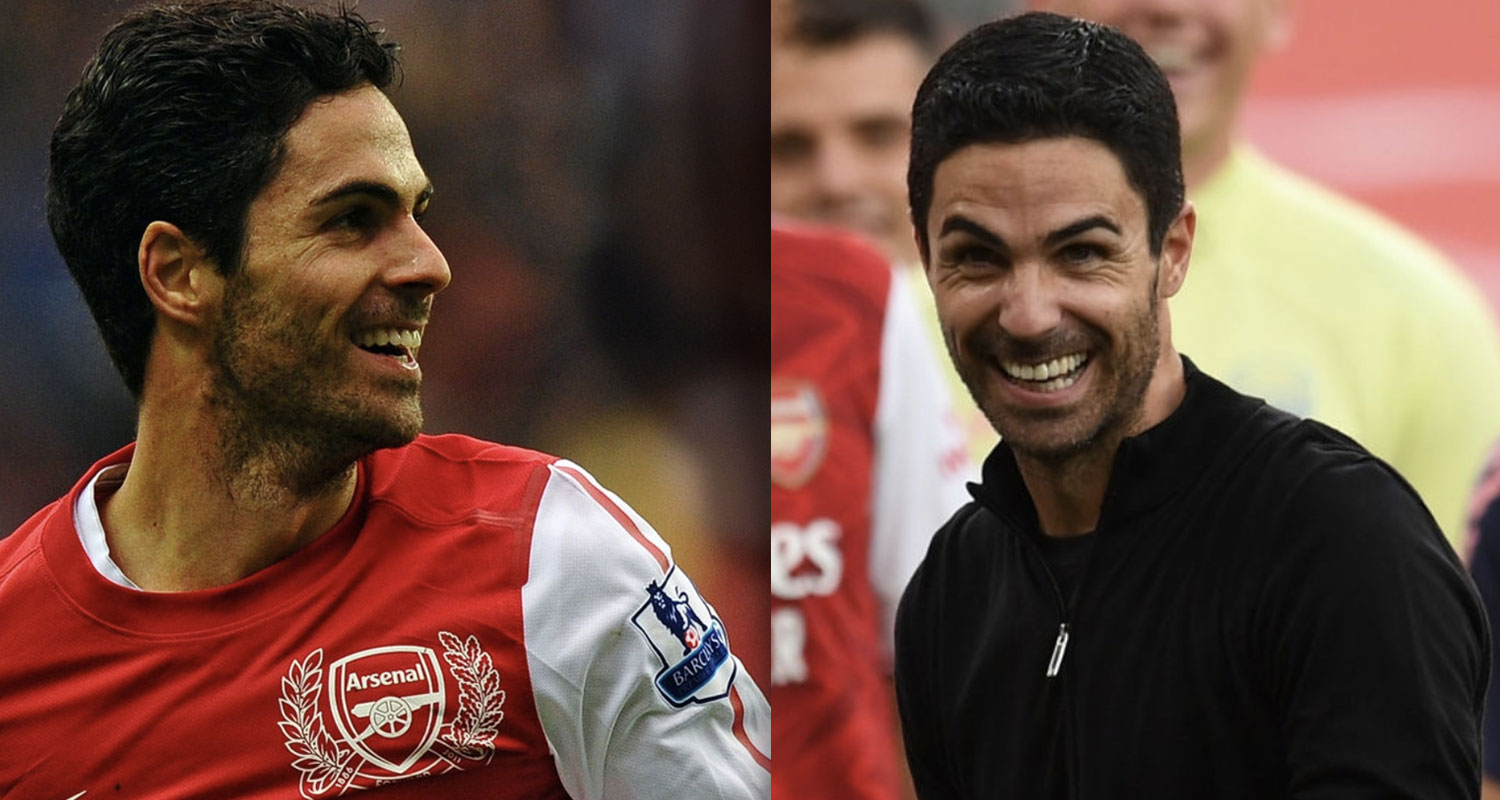 On transfer deadline day in 2011, Mikel Arteta was travelling from Liverpool to London to complete his move from Everton to Arsenal. At the last minute, there was a snag. In order to make the transfer happen, the Spaniard agreed to take a pay cut to offset concerns about his injury record and his age. His desire to join the club and play Champions League football was well known to Arsenal’s negotiating team. Whether it was penny pinching or something else, they knew he wanted to come on board, and having told David Moyes he wanted to leave Everton after six and a half years, there was no turning back.

He joined a bigger club but took a hit to his wages to do it. Later, after his value to the team became so apparent, senior members of the Arsenal squad would personally petition Arsene Wenger to make it right in terms of his salary. He did.

At that time, Arteta joined a club that had been traumatised, for want of a better word, by a summer of transfer mismanagement and the loss of two key players. Cesc Fabregas eventually completed his protracted move to Barcelona, delayed in some small part by a key Arsenal executive leaving on holidays in the middle of negotiations with the Catalan side; and after months of behind the scenes discussions/tapping up with both Manchester clubs, Samir Nasri joined City.

During the pre-season tour in Malaysia, Arsene Wenger said, “Imagine the worst situation, that we lose Fabregas and Nasri; you cannot convince people that you are ambitious after that.”

But that’s exactly what happened. Arsenal lost their first home game of the season 2-0 to Liverpool, scraped through the Champions League qualifier against Udinese over two legs, and then went to Old Trafford where one of the most damaging defeats in the club’s history was inflicted on a team bereft of depth and experience. The 8-2 was, for many, a line in the sand when it came to the manager, and Arsenal were in panic stations.

Arteta’s arrival coincided with that of Per Mertesacker; Yossi Benayoun on loan from Chelsea; Andre Santos joined from Fenerbahce; and in one of the most bizarre deals ever, we hijacked Chu Young Park’s move from Monaco to Lille, tracking him down to a hotel room, and snapping him up at the last minute.

“He will add true quality to our attacking forces and will be a valuable addition to the squad,” said Wenger. He made a total of 7 appearances, playing just 7 minutes of Premier League football, and scored 1 goal in the League Cup.

Arsenal, it’s safe to say, were a mess. The signings of Arteta and Mertesacker helped stabilise the team. Their experience and professionalism was exceptional, and badly needed in a young squad which lacked guidance and example. Both would go on to captain the club, both played key roles in ending the trophy drought, both would wear the armband and lift the FA Cup, and while we fell short of winning the Premier League, both made a huge contribution in terms of halting what felt like a precipitous slide in those dark days at the end of August 2011.

After 150 appearances in red and white, Arteta retired in 2016. His emotional goodbyes at the Emirates and in interviews afterwards spoke to a man who had genuinely connected with the club. Despite an offer to join the coaching staff, he bid farewell to join Pep Guardiola at Man City, saying:

Arsenal was my favourite club in England since I was a kid. To become the captain and share in the nice moments we’ve been through has been a spectacular experience for me. I would just like to thank you all so much for the way you have supported during my time here. It’s been a huge honour, a privilege, and I can only promise that I have done my best.

In May 2018, Arteta was fully expecting to be named Arsenal’s new head coach. The season had ended, Arsene Wenger’s final game in charge after over 20 years was a 1-0 win over Huddersfield on May 13th, and his former captain was in London house hunting, looking at the fine details of moving back from Manchester. At the last minute, the club did a U-Turn, Raul Sanllehi’s agent connections brought former Sevilla and PSG boss Unai Emery to the table, and his experience – particularly in the Europa League – won out. Arteta stayed alongside Guardiola and helped him win the Premier League with Man City, beating out Liverpool by a single point.

Fast forward to November 2019. Once more, Arsenal are in a mess. Freddie Ljungberg is in temporary charge with only Academy boss Per Mertesacker and goalkeeping coach Sal Bibbo helping him. Emery’s dismal tenure had come to an end at last, but tensions are high. Fan sentiment has been dismissed as ‘noise’ by those at executive level; cack-handed back channel briefings to sections of the media only exacerbate the friction; and on the pitch the team is a mess, in its worst run of form in decades. The direction is so stark that the world ‘relegation’ is used without it feeling hyperbolic.

At the Emirates on December 15th, Arteta sat in the City dugout to watch a listless, apathetic Arsenal lose 3-0. A few days later he was officially announced as the new head coach. Once more he’d joined a club in almost complete disarray. The form was in the toilet, there was rancour between players and fans, between fans and the club’s executive branch, he inherited toxic situations within his squad, and a team which looked sapped of any confidence and belief.

Immediately he set the tone:

“We have to build a culture that has to sustain the rest. If we don’t have the right culture…in difficult moments, the tree is going to shake, my job is to convince everybody this is how we’re going to live. If you’re going to be part of this organisation it has to be on these terms and in this way.”

He spoke about rebuilding the connection between the fans and the club. His clear, concise communication was a godsend after the muddled messages of the Emery era – not something which should solely be attributed to the former manager either. Reservations about appointing someone who had never managed a game before were entirely reasonable. For every optimistic fan, there were those who harboured concerns. Arteta not only had to convince his players, some of whom were former teammates in the not too distant past, but significant swathes of supporters.

There have, inevitably, been ups and downs in the process, yet the messaging has been consistent. His clear demands for players to ‘get on board’, and to deal with the ‘non-negotiables’ or not, have seen some casualties. He has made it clear he wants improvement, not just within the squad, but at every level of the club. He has made demands of everyone, to ‘change the culture’, and he’s ended the season with success, and with a group of players who believe in him and what he’s trying to do. Even those most skeptical of fans must acknowledge the achievement of winning something so soon – and under significant pressure too as the club faced its first season with no European competition in over 25 years. It all came down to Saturday’s final at Wembley.

It also has to be remembered that this was no ordinary season. The backdrop of the Covid-19 pandemic has been surreal, difficult, and unprecedented. It was Arteta himself contracting the virus which precipitated the shutdown of sport. Football was stopped for three months. Games have been played behind closed doors. Arsenal, within just weeks of lockdown, forced through an unpopular salary cut on the playing squad. It took Arteta’s intervention, and him once again taking a pay cut of his own to lead by example, to help convince the majority of the squad to take it. European qualification means they’ll get some of it back, but to date we are still the only club to have made those demands on its players.

Amid all that, Arteta has ended his first half season as a manager with a trophy. He can point to the FA Cup and say ‘Look what I achieved with the mess I was brought into. Think about what I can do if you back me properly’.

It’s now incumbent on the club to do just that. Arteta’s career has seen him arrive in North London to help put right so much that had gone wrong. His character and quality as a player and a coach have helped those processes, but this one remains ongoing. Those on high need to recognise the potential, and act accordingly, while those of us who watch on – sadly still from a social distances – can bask in the warm glow of the FA Cup win, and take some comfort in the knowledge that there’s someone in charge who knows exactly what he’s doing.