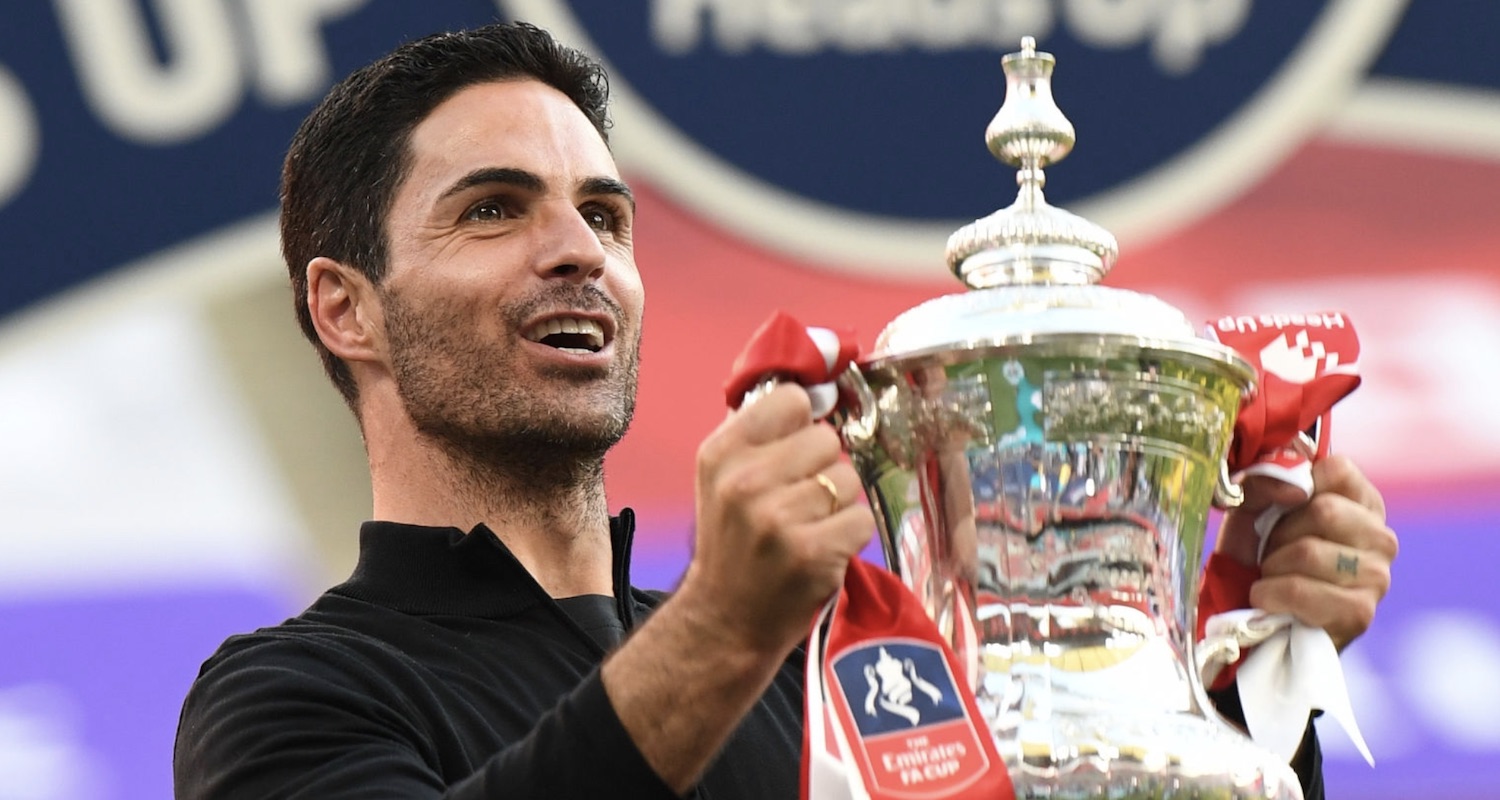 Despite what Arsenal fans may have sung or Tweeted last weekend, the club doesn’t actually own the FA Cup. Yet, given that that the Gunners have now won it 14 times, and 8 of these victories have occurred within the last 22 years, it’s no surprise that the love many fans have for the beautiful old silver pot runs deep.

Several of the club’s FA Cup wins have even been afforded their own moniker which most Arsenal fans will recognise instantly. In 1930, when Herbert Chapman’s men defeated Huddersfield 2-0 to land the club its first piece of major silverware, it quickly became dubbed the ‘Zeppelin Final,’ after the Graf Zeppelin hove into view during the second half at Wembley.

The 1979 showpiece was described as the “3 minute final” after Manchester United wiped out Arsenal’s 2-0 lead, only to see Alan Sunderland sweep home the Gunners’ winner immediately afterwards during a dramatic finale. And now, thanks to Pierre Emerick Aubameyang’s masterly finish on Saturday against Chelsea, the Gunners also prevailed in what will surely be labelled the ‘lockdown final’ in years to come.

While it’s a crying shame that Arsenal fans weren’t there to see it, the 2020 victory is – and will hopefully remain – unique. Throw in other stellar moments like Charlie George’s ‘Jesus Christ Superstar’ celebration in 1971; exquisite finishes from Ray Parlour and Freddie Ljungberg in 2002; and Aaron Ramsey ending the 9 year trophy drought in 2014; it’s clear to see that the club has an almost mystical relationship with the world’s most famous knock out competition.

Another key element is that – unlike our red top rivals Liverpool and Manchester United – our trophy cabinet does not contain any replica European Cups / Champions League trophies. Historically, Arsenal have under achieved in Europe, and in that sense, cannot quite be regarded as an elite club. Arsenal are also some way behind United and Liverpool when it comes to winning league titles. On three occasions, the Gunners have won the FA Cup to complete the domestic double, but often, winning the FA Cup is – realistically – where Arsenal are at.

It’s been our salvation, sometimes a consolation, our comfort blanket, a beautiful surprise on occasion, a reason to smirk at our trophyless neighbours down Seven Sisters Road – particularly in recent years – and it never fails to provide us with a warm glow when red and white or yellow ribbons are tied round the trophy’s ears in May (or August). It’s like Frasier and Niles always falling back on one another for company. Arsenal and the FA Cup ‘get’ each other. It’s a tradition.

More complicated however is what a raft of Arsenal managers have done following an FA Cup final victory, despite inevitable hints and promises that a Wembley triumph will inevitably act as a springboard to greater success for the club. The clearest example of a manager using it to move the club forward came in the aftermath of the ‘Zeppelin Final.’ After victory in 1930, Herbert Chapman explained: “We commence our success in the boardroom. My directors have very great ideals on our great game and on the lives of the people. There is nothing too good for the Arsenal.”

Galvanised by Wembley success, Chapman’s men won the league the following season and rarely looked back throughout the rest of the glorious ‘30s. In 1993, George Graham’s team completed a domestic cup double and, using the same tactical acumen in Europe which served them so well in 92-93, won the Cup Winners Cup a year later. Wenger’s Arsenal won consecutive FA Cups in 2002 and 2003, prior to going through the league season undefeated in 2004.

But too often, a Wembley triumph has been akin to a glass ceiling for the club. Just as a prolonged period of success appears likely – or at least possible – winning the FA Cup actually marked the end of an era, or proved to a be a false dawn. Take 1971 for instance. After Charlie George’s blistering finish saw off Bill Shankly’s Liverpool, landing Arsenal’s 3rd trophy in just over a year, he asked skipper Frank McLintock if things would be “like this every season.” The experienced McLintock was canny enough to suggest to young Charlie that he savoured the triumph, because football is unpredictable. And so it proved.

Don Howe left the club that summer, and within 4 years Arsenal were embroiled in a relegation scrap. As for the 21 year old Charlie, it was the last thing he ever won in football. At the tail end of the ‘70s, after his side’s victory in the ‘3 minute final,’ Terry Neill said: “With the addition of the right players, I believe that the club can challenge for the league title.”

Yet the investment was never forthcoming, and within two years, Gunners stars Liam Brady and Frank Stapleton had departed to Juventus and Manchester United, with Brady commenting: “You have to speculate to accumulate in football….”

After the Gunners won the 2014 final, 9 months after the signature of Mesut Ozil and despite Ivan Gazidis’s pledge: “This club is geared up to compete for major trophies,” no league challenge was forthcoming, even if Arsenal should have taken advantage of all major rivals falling by the wayside in 2016.

Mikel Arteta performed a minor miracle by steering Arsenal to silverware only 8 months after inheriting a shambolic situation in December 2019. No other Gunners boss has won a major trophy so soon after arriving in N5. After the win over Chelsea, he spoke about the “process” in N5 and “moving the club forward.”

There were clear signs during both the semi final and final that the team is far more of a cohesive unit than it was earlier in this elongated season. There is fighting spirit within the ranks. As evidenced by his cold shouldering of both Mesut Ozil and Matteo Guendouzi, Arteta is refusing to tolerate dissension and laxity within the ranks. Some might liken it to the Littlewoods Cup win over 1987, which gave George Graham the leverage required to move on some of the club’s more experienced personalities to make room for what turned out to be an outstanding crop of Academy players.

The arrival of the highly rated 19 year old defender William Saliba will hopefully further strengthen the defence over the next few years, and hopefully, during the short close season, the club will continue to address obvious shortcomings at the back and in midfield. Nevertheless, these are highly uncertain times for Arsenal.

Even before lockdown, Arteta’s summer war chest was predicted to be limited. With no matchday income for the foreseeable future, impending redundancies at the club, and rivals likely to back up their statements of intent with major signings, an upward trajectory for this Arsenal team is by no means guaranteed. Doubtless Arteta will continue to squeeze as much out of his squad next season as he can and, if Aubameyang stays and continues to score goals aplenty, winning back a Champions League berth – and perhaps a domestic cup again – certainly isn’t out of the question.

Hopefully a year from now, there will be clear signs of further progression in N5, and the FA Cup victory last weekend will be viewed as the dawning of a new era, rather than a glorious one off triumph for Mikel Arteta’s Arsenal.