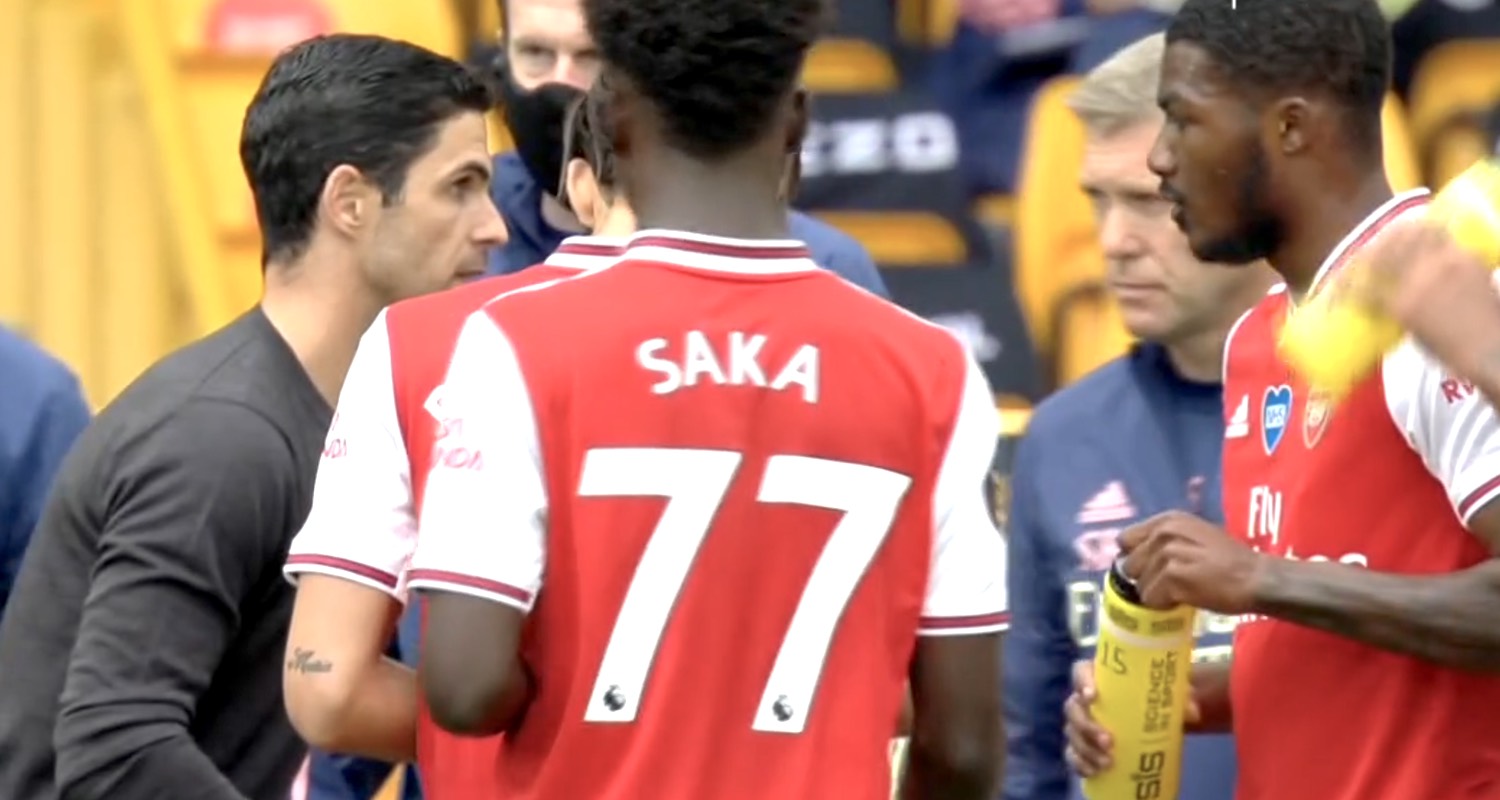 Make no mistake, that was a big win for Arsenal yesterday. Wolves had a free week in the build up to this game, and had won their three matches since the restart so came into this one full of confidence. Six points above us in the table, having had a great season so far, and with a squad full of players who have the quality to hurt most teams, Mikel Arteta should be delighted with what he got from his players at Molineux.

It wasn’t what you might traditionally think of as a great performance. They had more shots than us, they had more of the ball than we did, and made more crosses, but this was an Arsenal team that expected that, was briefed for it, and dealt with it extremely well throughout.

Arteta is realistic about his side right now. The idea that we could go to somewhere like Wolves and play them off the park is pie in the sky stuff, so he knew he had to approach this one differently. Afterwards, he said:

At the moment, we don’t have the ability to batter teams for 95 minutes. If you are not able to do that you have to be very able to compete and be a team. A team means that the 11 who started and all of the subs really make a difference in the game.

There’s no question that’s what we got yesterday. Arsenal made 35 tackles in this game. That Ainsley Maitland-Niles, who came on in the 57th minute had the same number of successful tackles as Sead Kolasinac and Granit Xhaka (4) in the shorter period he was on tells you a lot about his performance, but also how well Arteta managed this one.

For me this was one of his best games since taking over as manager. He had to do without Nicolas Pepe, whose wife went into labour before the game, and he had a decision to make there. The obvious choice was probably Reiss Nelson, a player more naturally suited to that role, but he went with Bukayo Saka. Being brutally honest, the 18 year struggled out there, completing just over 52% of his passes and making just one in the final third, but the payoff came just before half-time when he fired us into the lead.

Arsenal moved it from right to centre, got a bit of luck when Boly misjudged the pass to Aubameyang, and when Kieran Tierney crossed a small deflection provided the chance for Saka to adjust and crack the ball home. ‘It’s been a week that I will remember for my whole life,’ he said afterwards in a really nice interview on Sky, and what a lovely way it was to celebrate a new contract. The gamble for Arteta was Saka’s ability to do something above and beyond, he’s got that little bit extra in his locker, and it paid off.

At the back I thought David Luiz was very solid, and outside him both his central defensive partners competed well. It was Mustafi’s decisive header – after a couple of wishy-washy ones – that led to our second goal, and while Kolasinac’s limitations worry me (particularly on the ball, or when the opposition have the ball), he made 4 tackles, 4 ball recoveries, and 5 interceptions. A team effort, as Arteta said.

Substitutions have been an issue under the new manager but yesterday they were nigh on perfect. Each one gave us something we needed. Maitland-Niles for an understandably tired Tierney looked a bit odd at first, because I wondered if he might move Saka to the left and play Ainsley on the right, which might have had more balance, but it worked. He had the challenge of Adama Traore to deal with, and he was not found wanting one bit. Almost his first involvement was a successful tackle, it set the tone.

Then Hector Bellerin replaced Cedric and he too slotted in perfectly, making the same number of tackles in his 20 minutes or so than the man who started. Joe Willock came on with him, and gave us a player ready and willing to play the game in the opposition half, and ultimately he provided an assist for the goal that sealed the deal. Alex Lacazette finally got one away from home, a goal he needed said the manager afterwards, and that’s an understatement. It had been February 2019 since he last scored on the road, but his touch was perfect, and the ball went into off the far post – not the cleanest hit you’ll ever see but when you need one to go in, it doesn’t really matter how. Willock almost made it 3-0 after a lovely bit of Arsenal play in their half.

Lucas Torreira came on, won headers, put himself about like a busy wasp in the final stages to give the team some extra energy. It was like Arteta played a hand with five aces, or something. And while it might not have been the dominant attacking performance we traditionally associate with a good day at the office, there is more than one way to skin a football cat, and what we did yesterday was really, really pleasing.

Not least because it was a demonstration of commitment from the players. Not just because they worked hard and ran around, but because this was clearly the plan, not an easy plan to pull off either, and they all worked to it to the best of their ability. Everyone, to use an Arteta-ism, was on the boat. All rowing in the same direction, and afterwards you could tell how pleased he was about it, saying:

I think the reason we can win against any team is because at the moment we are enjoying suffering together. In difficult moments, if you can enjoy doing that then you will get rewarded because we have the ability afterwards to hurt teams.

I also loved that despite playing six games in just 18 days, five of them away from home too, he is not willing to countenance any excuses. Trifling, piffling things like fatigue and tired legs are not on his list:

I don’t want to talk about that, it’s all in our head. We have everybody ready. You can see the players on the bench, how ready they are to come and make an impact. It’s clear that we have to rotate the players if we want to get the maximum and we have to protect them as well. Whoever is available is welcome and we will use him.

So, having lost our opening two games after the restart, it’s now four wins out of four, and this was perhaps the most encouraging of them so far. This is a Wolves side that has beaten Man City twice this season, so they’re not a team to be taken lightly. Arteta did his homework, looked at where they were dangerous, and picked a side to cope with that. They did so admirably, and at key moments we found enough attacking quality to score the goals we needed.

It’s now one we have to consign to history as we prepare for the visit of Leicester on Tuesday, but if you needed evidence that the players were buying into what the manager is doing, that was it yesterday, and it was great to see. James and I will discuss it in more depth on the Arsecast Extra tomorrow, so make sure to join us for that.

In the meantime, have a great Sunday.