Morning all. Welcome to Friday.

One of the curious things about the restart of football is how Arsenal focused I have become. Obviously when you run a website about Arsenal and there is no Arsenal for three months, it’s time to fill up on all that Gunners Goodness, but bar some odd highlights here and there I don’t think I’ve watched too many of the other games live.

This is odd, because previously if there was live football on almost every day of the week, I’d have been gorging on it like Augustus Gloop drinking from Willy Wonka’s chocolate river. At the very least it’d have been on in the background while I was doing other stuff, working on my laptop, cooking etc, but it just hasn’t. I haven’t been that interested in it.

Maybe it’s just me, too focused on Arsenal – and to be fair the schedule is pretty hectic right now – but maybe I’m not alone? Perhaps I’m only willing to suspend my disbelief so far when it comes to what football is now and what it was before. That what we’re getting now just isn’t it.

People roll their eyes when they talk about football as a product, because the commercialisation of the game has become so prevalent in recent years. I bought a bag of Doritos the other day and Paul Pogba was on them <Souness> (some of the chips were quite good but I felt they were too inconsistent, they could have been better and frankly the over-colourful packaging was too much. What’s wrong with a good old fashioned bag without all the swirls and swipes?</Souness>.

But the product that sells Doritos and soft drinks and beer and cars and gives rise to interminable ad-breaks with Maroon 5 butchering great songs is football itself. The game, with fans, with atmosphere, with drama, with a sense that you can escape into this world for 90 minutes and see where it takes you. Everything else is ancillary. No crowd, no fans, no ‘product’. As I said the other day, a bacon sandwich without the bacon. Fake crowd noise? Nah. Shove it. It doesn’t work for me.

So last night I didn’t see Sp*rs lose to Sheffield United. I’m a bit sorry about that because that would have been fun if it was played with no crowds, 1 fan, 3 fans, or on an icerink, because, well, I don’t need to explain it, do I? That was probably more to do with being somewhere else, but would I have put it on if I had been around? I’m not sure I would. Anyway, if I’m alone in this phenomenon, I’ll try harder, but if not, let me know in the arses.

Also, this had to be done after our chat on the Arsecast Extra the other day: 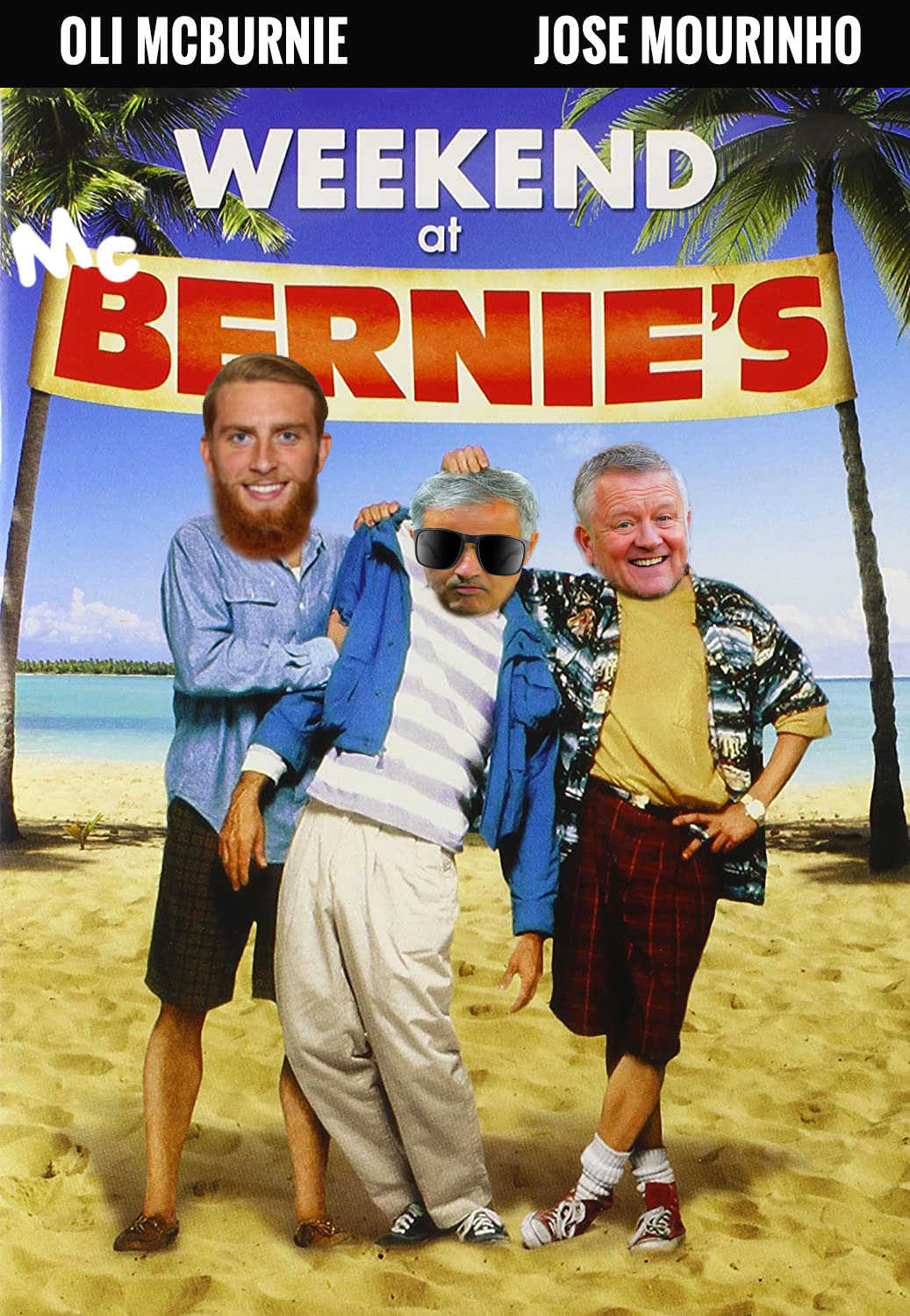 As an aside, how did that film ever get made?!

That said, I am finding Arsenal very interesting, and this weekend we face the start of what is a hell of a run of games, facing Wolves at Molineux, before we host Leicester, play a North London derby away from home, and then host the champions at the Emirates. It’s another challenge for Mikel Arteta, after probably the most challenging first 6-7 months in a job any debut manager has ever faced.

All the same, I continue to enjoy the clarity of what he says he wants to do. I think we have to accept that in these circumstances, there are going to be some bumps in the road. Pot-holes into which we are going to bollix ourselves with, and things are going to need repairing along the way. He needs time to repair them too, not a bunch of angry passengers sticking the boot in asking ‘Are we there yet? Are we there yet?’

It’s difficult, of course, and Arteta will know first and foremost how important results are to building what he needs to build, but let’s not lose sight of the fact that what he started working with was fundamentally broken. If Arsenal were a house, we had a very nice expensive roof, but the supporting walls were banjaxed, the foundations had dry rot, and although we put in a swish new/young kitchen, the staircase was full of holes and sometimes our woolly haired toilet flushed perfectly, but other times when you pressed the thing it sent jets of shit out of the bidet. Or something.

Speaking ahead of the Wolves game, and referencing the transfer market and what he wants to do in the summer, the manager said:

I have a very clear plan and the specificity of the players and squad balance that we need to compete with the rest of the top teams in the country.

But in terms of what he wants to do, and what kind of team/squad he wants to build to start closing the substantial gap between us and the top teams in the country, Arteta seems very clear. This is where he has to be backed by the club and the executive committee. I’m certainly not Unai Emery’s biggest fan, but last summer he wanted Wilfried Zaha, a right footed winger with Premier League experience who plays on the left. Arsenal bought Nicolas Pepe, a left-footed winger with no Premier League experience who plays on the right. Now, personally I much prefer Pepe to Zaha, but it’s not an illustration of a cohesive recruitment strategy between the manager and the club, is it?

The manager wants one thing, let’s give him something else which is sort of the same but not really!

Let’s hope that this summer, that changes. What the manager wants, what the manager needs is what he should get – and let’s remember that Arteta is, to use a hoary old phrase, far more of a ‘football man’ than some of them at executive level. He is the one who knows the squad, sees the gaps, and understands what is required to fill them. That’s a few weeks down the line though, for now we focus on Wolves on Saturday, and this upcoming run which is going to test our foundations (and woolly haired toilet).

The schedule has played a bit of havoc with the podcasting side of things, so there’s no regular Arsecast today (although I might try do something later today but no guarantees). If you haven’t had a chance already, yesterday’s Arsecast Extra is a lovely upbeat run through the Norwich game, Bukayo Saka’s new contract and lots more besides. Listen/subscribe below, more from me here tomorrow, and news all day on Arseblog News.