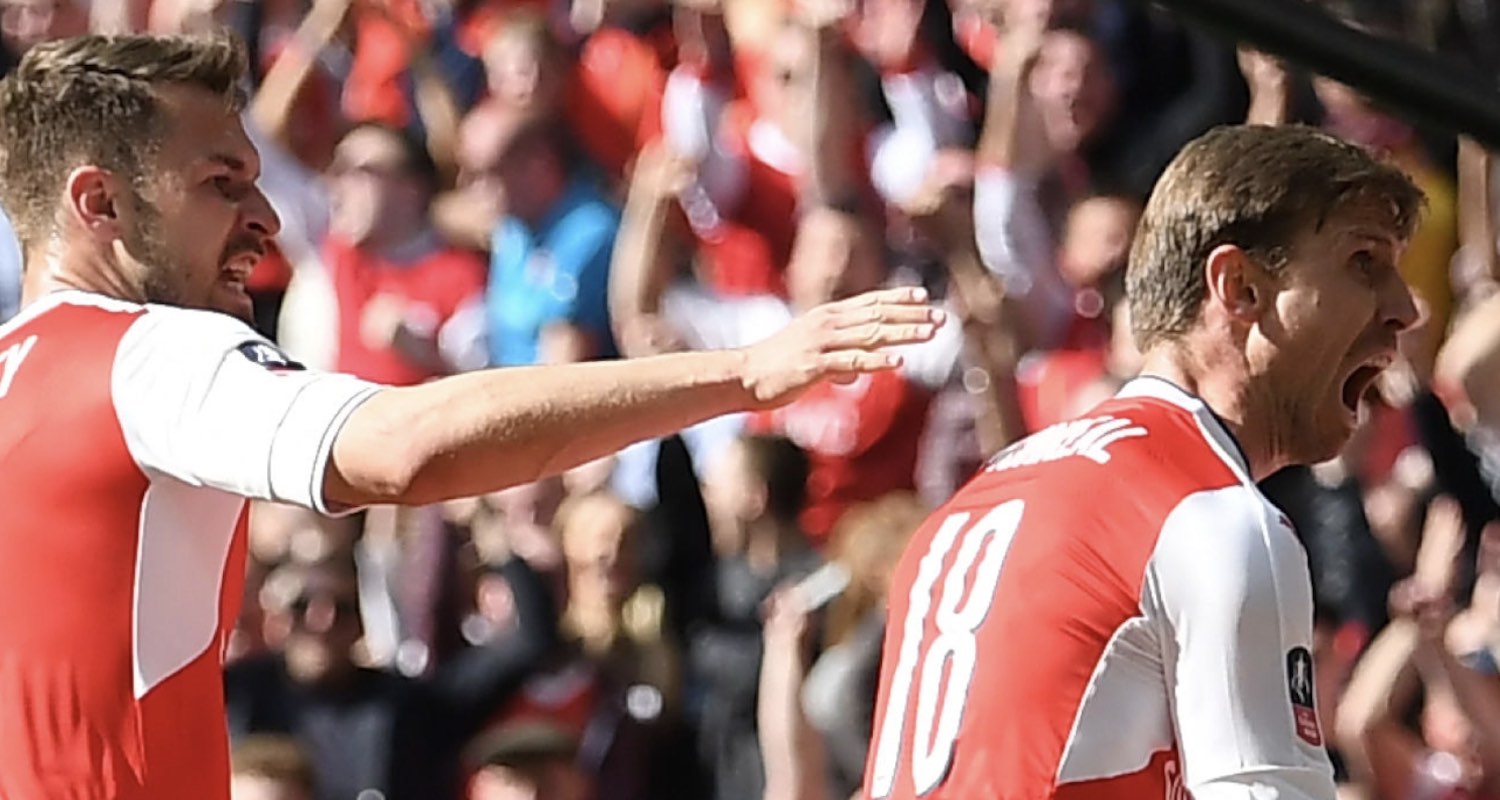 It’s always difficult to be optimistic after a painful defeat, and make no mistake, every defeat is painful. However, losing a derby to them when they’re managed by him, ugh.

I feel like this could be a pretty, pretty, pretty difficult week for us. Even if Liverpool are ‘on the beach’, having already won the title, they’re still a very good team and one who are going to provide us with a stern test on Wednesday night. After that it’s Man City at Wembley on Saturday night (what a stupid time to play an FA Cup semi-final by the way), and recent results against them wouldn’t exactly fill you with a great deal of confidence.

That 2017 semi-final was lovely, a winner from a match-winning player in Alexis Sanchez, an equaliser from Nacho Monreal, a proper defender. Imagine, somebody actually thought letting him go for £250,000 was a good idea when they could have brought in £10-15m or more for Sead Kolasinac, kept Nacho to work alongside Kieran Tierney for a season (and we’d still have had Saka). How much better would you feel with Monreal in a back three? Now Kolasinac is worth about 50p. Lovely work lads.

Maybe the cup can spring a surprise again, but in truth I’m steadying myself for a week which hurts. And it should hurt. Even if I can rationalise the situation we find ourselves in, with some players who simply aren’t good enough to do what Mikel Arteta wants to do, losing is no fun. This is a results business. I can see the bigger picture, that there’s a job of work to do which is significant and challenging, but as fans our view of that picture becomes smaller when things don’t go well.

The ruling yesterday by the Court of Arbitration for Sport, which quashed Man City’s two year ban from European football, leaves us in a very difficult situation when it comes to our own European hopes. To qualify for the Europa League we’d have to finish 7th – we’re currently 4 points behind Sheffield United with three games left to play – or win the FA Cup, already a big challenge. So, this last week in Premier League terms has been a bad one, and the derby felt like the most winnable of these three games. Suffice to say, we haven’t started this run well.

I know people will suggest that a season out of Europe might not be a bad thing, and I think you could make a reasonable footballing argument for it … to an extent. Away from the Thursday > Sunday > Thursday > Sunday grind, Mikel Arteta would have more time to work with his players on the training ground, and without all that midweek action, would – nominally at least – be sharper and fresher for Premier League fixtures. As Sunday showed though, that doesn’t always pan out the way you want. We played last Tuesday, giving us extra rest in comparison to a Sp*rs team which played on the Thursday, and look what happened.

However, the financial implications of a European absence are somewhat terrifying, especially in the current climate. No doubt you’ve all read the Swiss Ramble thread by now, but if not, take a look and you’ll realise how important that Europa League income would be:

Last week Arsenal announced that they will redeem their outstanding bonds, which had been part of the debt taken on to fund the construction of the Emirates Stadium. This will be financed by owner Stan Kroenke’s company KSE. The following thread explains what this means #AFC

Back in April, during lockdown, Arteta spoke about the task of rebuilding his squad, and said he was making various plans, depending on how the season ended:

“I’m planning two or three different scenarios that we can face. Depending on one of those three, we will be able to do more, less or nothing.”

I think the ‘nothing’ scenario is one in which Arsenal fail to qualify for Europe. I would also suggest that the slim hopes we have of hanging onto Pierre-Emerick Aubameyang would become infinitesimal without European football. Not to mention that if we need to develop the young Academy players who we need to fill out our squad, the Europa League is great way of giving then game time.

Without it, funds will be limited, and we’ll have to sell to buy (something we’ll need to do anyway but we may have to do more), and be creative in the transfer market. I’m not particularly confident about that last part when we have people in charge of football matters who think giving David Luiz £150,000 a week for another year is a good allocation of increasingly scant resources. Forgive me if I don’t buy the PR fluff about him taking a pay cut.

Which is to say, the FA Cup is now of immense importance to us. We also have to hope that somehow we can dig out a result against Liverpool, win our final games against relegation battling Watford and Aston Villa, and hope other games go our way. You wouldn’t put a lot of money on that happening though. As crazy as this season has been, it’d be a hell of a twist if something like that went down. Football is mad, but not that mad.

The other ‘out there’ scenario is that our billionaire owners – who have just seen a club owned by trillionaires completely flout FFP rules, then get away with it with a fine that’s the equivalent of about three and sixpence – decide that they might put some money into the rebuilding project, but I’m not gonna hold my breath on that one.

Right, that’s enough from me, but for some extra reading this morning, the latest tactics column from Lewis looks at Arteta’s use of a back three, and while it makes sense given the defensive personnel at his disposal, it comes at a cost to our creativity. Well worth a read.

And if you haven’t had a chance to listen to the Arsecast Extra, all the links you need to listen/subscribe are below. The manager’s press conference is taking place later on, we’ll have all the stories over on Arseblog News throughout the day.