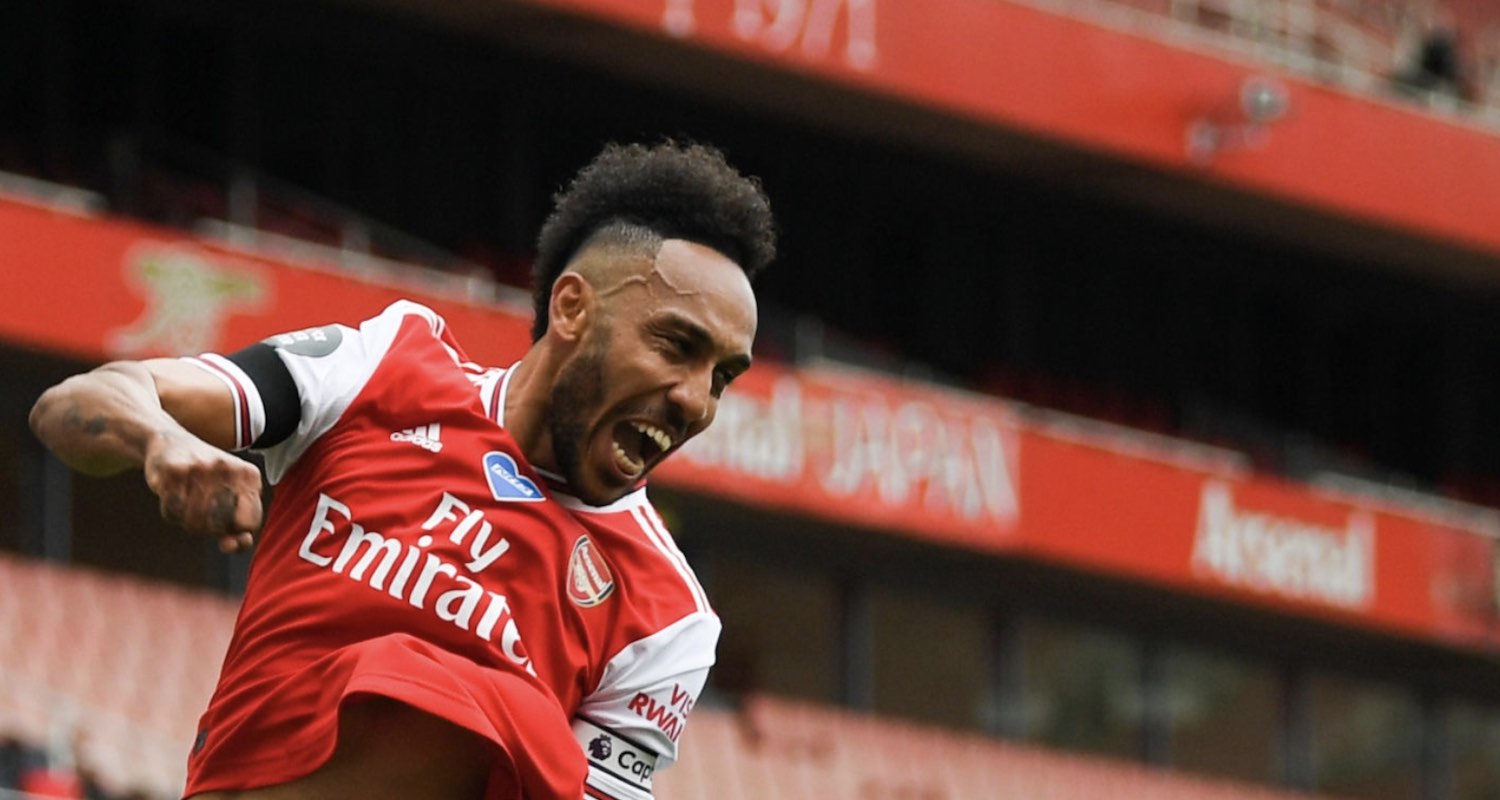 Morning all, hope you had a good weekend, wherever you are and whatever you got up to. Arsenal winning always helps. Arsenal being quite good definitely helps, even if it was good in a particular context.

We take on Leicester at the Emirates tomorrow night, so there’s no rest for the wicked. We’re straight back into it against a team above us in the table who will come into this game on the back of a 3-0 win over Crystal Palace in which Jamie Vardy scored twice. He’s 33 and still banging them in at Premier League level, putting him two goals ahead of Pierre-Emerick Aubameyang in the ‘Race for the Golden Boot’ (which sounds a bit like the title of a crap 80s TV show).

Our man is 31, and Arsenal want him to sign a new contract. Over the last week or so, the noises around this situation have become more positive on that front. There were reports that he’s seeking a £250,000 a week deal to sign a three year extension, which is ‘only’ a £50,000 a week rise from what he’s currently earning (leaving aside the many and varied bonuses also tied into the deal he signed when he joined from Borussia Dortmund in 2018).

I’ll admit that if circumstances were normal, I’d probably be more cautious about that kind of financial commitment to a player of that age. It’s impossible not to look at it through the prism of the Mesut Ozil situation – once (very badly) bitten, twice shy, and all that. While there are definitely other factors at play, the fact his output went off a cliff at almost exactly the same time as he signed his £350,000 a week deal in January 2018 (the same time we committed £200,000 a week each to Auba and Henrikh Mkhitaryan funnily enough) should leave people a bit circumspect when it comes to doing it again. Not least, Arsenal themselves.

So, my thinking is that despite concerns we might have about some of the decision making at executive level, the Ozil thing has to be a lesson they’ve learned from, surely. If we’re willing to give a 31 year old that kind of a contract, it’s not simply based on Aubameyang’s output until now, but what the data and information tells us about him on a physical level. They have the numbers, they can see if there’s a decline, how his age might impact his game, how long the legs are going to last at this level, and so on. I have to believe that the decision and desire to keep him is informed by that in a substantial way.

Then there’s the cost, which will be a factor. We’ve got rid of Mkhitaryan’s £200,000 a week, some of which will have gone to Bukayo Saka (deservedly so), but also on contracts for Cedric Soares, Pablo Mari and David Luiz. There’s another big earning striker who might be viewed as expendable if Aubameyang does sign, so a redistribution of the possible transfer fee and his salary could help too.

People worry about the expense, so let’s look at that. £250,000 a week is £13m a year, over three years that’s £39m. A healthy sum of money, but what if you decided to let Aubameyang go? You’d have to replace him in the transfer market. Then you’re having to shell out a fee, plus wages over the course of that contract which is likely to be at least what you’re going to pay Aubameyang if you’re bringing in a player of some quality (which is what would be required).

Take into account our spending ‘power’ too. Like every club, the lockdown will have had a financial impact. The Arsenal Supporter’s Trust are estimating the deficit could be well north of £100m due to the lack of revenue from tickets, TV reduction, commercial income being affected, and more – so that has to be taken into consideration too. It might be hard to convince Aubameyang Arsenal is the place to be, but it could potentially be a lot less complicated for us than finding a replacement in the market. Certainly one with the kind of goalscoring ability he has. We shouldn’t overlook this part of it though. I don’t think it’s as easy as people think, particularly if he has genuine ambitions regarding trophies because as much as I love the Arsenal, we’re a good way off being a team that can properly compete.

So, all things considered, I’d still have some worries about it – perhaps because we’re sort of conditioned to believe that all footballers over 30 are heading for the knacker’s yard – but I’d do it. But this is real life, not Association Football Logan’s Run, and Aubameyang scores goals with a frequency and consistency that is hard to find. We have some good young forwards developing at the club right now too, and if they can learn from him and make upward progress as he (hopefully) very gently declines, it will be well worth it. Let’s see what happens.

Speaking of Ozil, by the way, he looks set to miss the game tomorrow night. His absence is due to a back injury or a ‘back injury’, depending on your perspective. It’s one of those that’s always hard to be conclusive about. He’ll be joined on the sidelines, so to speak, by Matteo Guendouzi, who definitely does not have an injury, that much we know.

I wrote about him last week, and I think I was pretty fair when it came to his pros and cons. Now though, I’m revisiting my thoughts on him a bit. Mikel Arteta told his press conference that with regard to these two players ‘the situation is as it was before‘ when it came to their potential involvement in the game against Leicester. If Ozil is injured, he’s injured. Guendouzi, however, is missing because he’s been disciplined. Arteta said some things had to change for him to return, and they haven’t. The ball was in the player’s court and he’s been unwilling to do what’s required to considered for selection again.

At a time when the schedule is as hectic as it is, when every pair of fresh legs available is important, Guendouzi’s intransigence/petulance – or whatever you want to call it – is letting his teammates and manager down, and fans will make up their own minds on that kind of behaviour. He’s taken umbrage to being disciplined, and as each day passes without him doing what’s necessary to make things right, his stock is falling further and further, and with it any chance of redemption.

Right, that’s your lot for this morning. James and I will be recording the podcast later this morning. As ever if you have questions or topics for discussion, send to @gunnerblog and @arseblog on Twitter with the hashtag #arsecastextra – or if you’re on Arseblog Member on Patreon, leave your question in the #arsecast-extra-questions channel on our Discord server.

The podcast will be out for you before lunchtime, or thereabouts. Until then, take it easy.