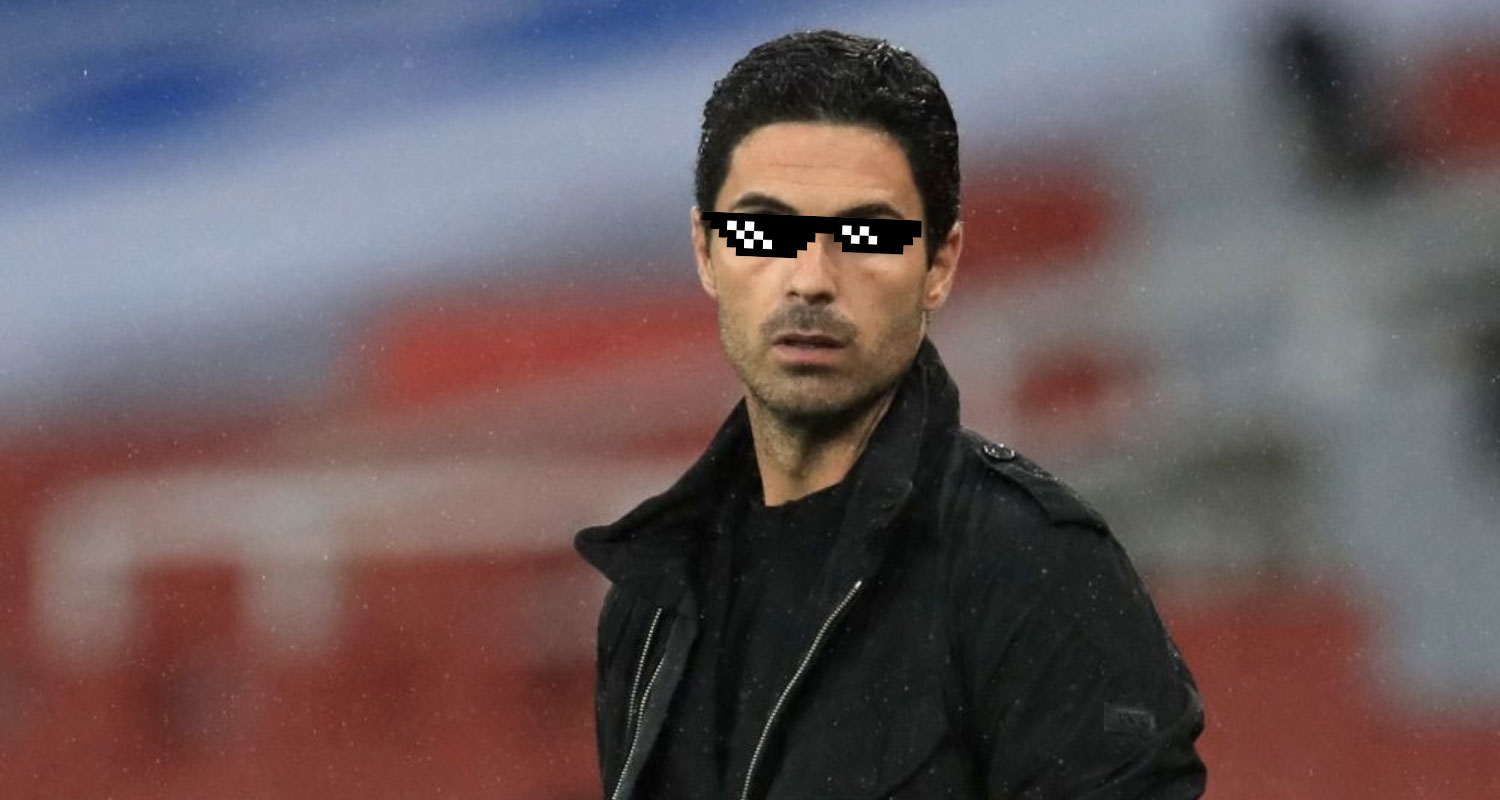 I enjoyed his performance in yesterday’s in particular. Here’s what happened. Ahead of a North London derby with a Sp*rs team managed by Jose Mourinho, there were repeated attempts by journalists to eke out some kind of negative comment about him from Arteta.

If that happened, we’d have had the scenario we’ve seen countless times before.

Manager says something which could be perceived as negative > those comments are presented to Mourinho out of context in his own press conference > he reacts to those > we get HEADLINES and CONTROVERSY.

It used to happen quite a bit when Arsene Wenger was in charge. The antipathy the former manager felt towards Mourinho was obvious. He couldn’t stand him. And even when he’d try play it down and say something like ‘I don’t want to talk about that man’, it would get back to Mourinho in a fashion.

‘Ooooh, Arsene Wenger says he doesn’t want to talk about you! What do you think of THAT, Jose?!’ – and all of a sudden the back pages are filled with more of the nonsense that nobody really needs because Jose can’t help himself. He is the scorpion in the fable about the frog who needs to cross the river.

Anyway, at least four different reporters asked questions about Mourinho yesterday, and Arteta gave them absolutely nothing that would cause controversy. He was unfailingly polite and positive about the Sp*rs manager, ensuring that the focus pre-game isn’t on some manufactured squabble playing out in the newspapers. You can read a full account of it here on Arseblog News.

I mean, I understand it to an extent. Mourinho losing his rag always makes for good copy, leading to hits and clicks and all the rest. It makes people’s jobs easier if they’re just going on about the latest Mourinho Meltdown, but it’s one thing when it’s Wenger, when there’s history, when there’s two men who dislike each other and have clashed – even physically – many times previously.

Arteta is a new manager, with no track record of beefs with anyone, so to try and cultivate something out of nothing is just a bit lame. They even tried to bring the fact Pep Guardiola and Mourinho have had rows before into it, using Mikel’s association with him to stir things up. It didn’t work.

It’s also a bit of a shame, because what Arteta is doing is so interesting right now. There are so many other questions he could be asked about how he’s setting up his team, the move to the back three playing its part in recent results, the rebuilding job he’s got, tactical intricacies, individuals whose performances merit discussion, and so on. Instead we get tedious nonsense nobody gives a fish’s tit about.

Meanwhile, after the relentless Mourinho nonsense, someone else asked a question about Shkodran Mustafi, which is, regardless of how you feel about the German, far more interesting than that other bloke. I have to say, his renaissance, if you want to call it that, under Arteta has been a huge surprise to me. The player deserves credit for his performances, and the manager does too because it was a brave decision to go with him in the first place.

It’s one that’s paid off. ‘Everyone starts with a clean slate under me’, is what Arteta said when he took over, but he must have had doubts about some of them. He was there as Man City’s assistant when Mustafi did some of his most Mustafi stuff – not least the League Cup final – so he had to have had some preconceived notions about the player. He can’t also have been blind to how far his stock had fallen among fans, and how patience with him was so low after so many mistakes and cock-ups.

When he did what he did in the Chelsea game that led to David Luiz being sent off, Arteta could easily have binned him, but he didn’t. In terms of minutes played, he’s up there with the likes of Granit Xhaka, Pierre-Emerick Aubameyang and David Luiz. He has started every game since the restart and it’s obvious that the manager feels he can count on him ahead of some other options. It’s clear that Arteta really doesn’t rate Sokratis, and the use of Sead Kolasinac on the left of the back three makes me cautious about how he feels about Rob Holding.

But there’s a question about what to do with Mustafi now, because he’s into the final 12 months of his contract, and the transfer window is opening soon. Arteta was asked about a potential new deal for him, and said:

“I’m really happy with him, but that’s something the club has to address but he knows my opinion on that.”

There are two words that spring to mind right now when I think about this situation.

The first is Opportunity: Here’s a player whose value – as a player and financially – was completely sunk, so much so that the previous manager basically told him in public to find a new club. I don’t think that helped when it came to finding a buyer for him, because you don’t put an ad in the paper to sell ‘My clapped out, knackered, busted-up car that sometimes works but you never know when it’s going to blow a tyre and go sliding off the road into a tree’.

Fast forward a bit, and he’s played really well for the most part, his redemption arc has been a surprise and he deserves credit for it. These days the Mustafi-mobile looks pretty serviceable. Will it be the best car of all time? No, but it run pretty reliably – even if in the back of your mind there’s always that anxiety about it breaking down again. Still, you could get a half-decent price for it in order to buy a new one.

That would be my ideal scenario. A nice way to end it for all parties, and on a human level how could any begrudge him that?

Here’s the second word though: Reality. Sokratis has barely played since the restart, a clear indication of his place in the pecking order. Rob Holding can’t get a game ahead of a left-wing back who has the passing range of club-footed mule. Calum Chambers is out with a cruciate knee injury, and we know how long it can take for a player to recover from that. Dinos Mavropanos’ chances of making it at Arsenal are slim. David Luiz is David Luiz and is staying one more year. We do have William Saliba coming in, but as a fanbase we have to be realistic about how good a 19 year old kid is going to be. I worry about how high expectations are over him, because the short-term nature of opinion will crucify him straight away if he’s not immediately our Virgil van Dijk.

There are likely to be players Arteta would prefer to move on first. Then there’s the transfer market itself, and we don’t know yet how tricky it might be to operate in general with Covid impacted finances, not to mention the fact we’re going to post big losses and that will affect our spending power. As I wrote yesterday, the restructuring of the stadium debt is about freeing up some cash for running costs, not splurges on new players.

Maybe the compromise with Mustafi is a new deal which might allow you to sell in a year’s time when you don’t have as many other central defensive issues to deal with. I have some sympathy for Arteta on this one, it’s definitely a difficult one, but as we’ve seen in recent weeks, what you think is a cast-iron certainty when it comes to a player can often be turned completely on its head. The Mustafi situation is certainly one of those.

Right, I’ll leave it there for now. There were two new podcasts for you to listen yesterday – an Arsecast regular, and a new episode of the Arsenal Women Arsecast, which features discussion of the new signings from down under. You can subscribe and listen in your favourite podcasting app.

Till tomorrow, when we preview the North London derby.