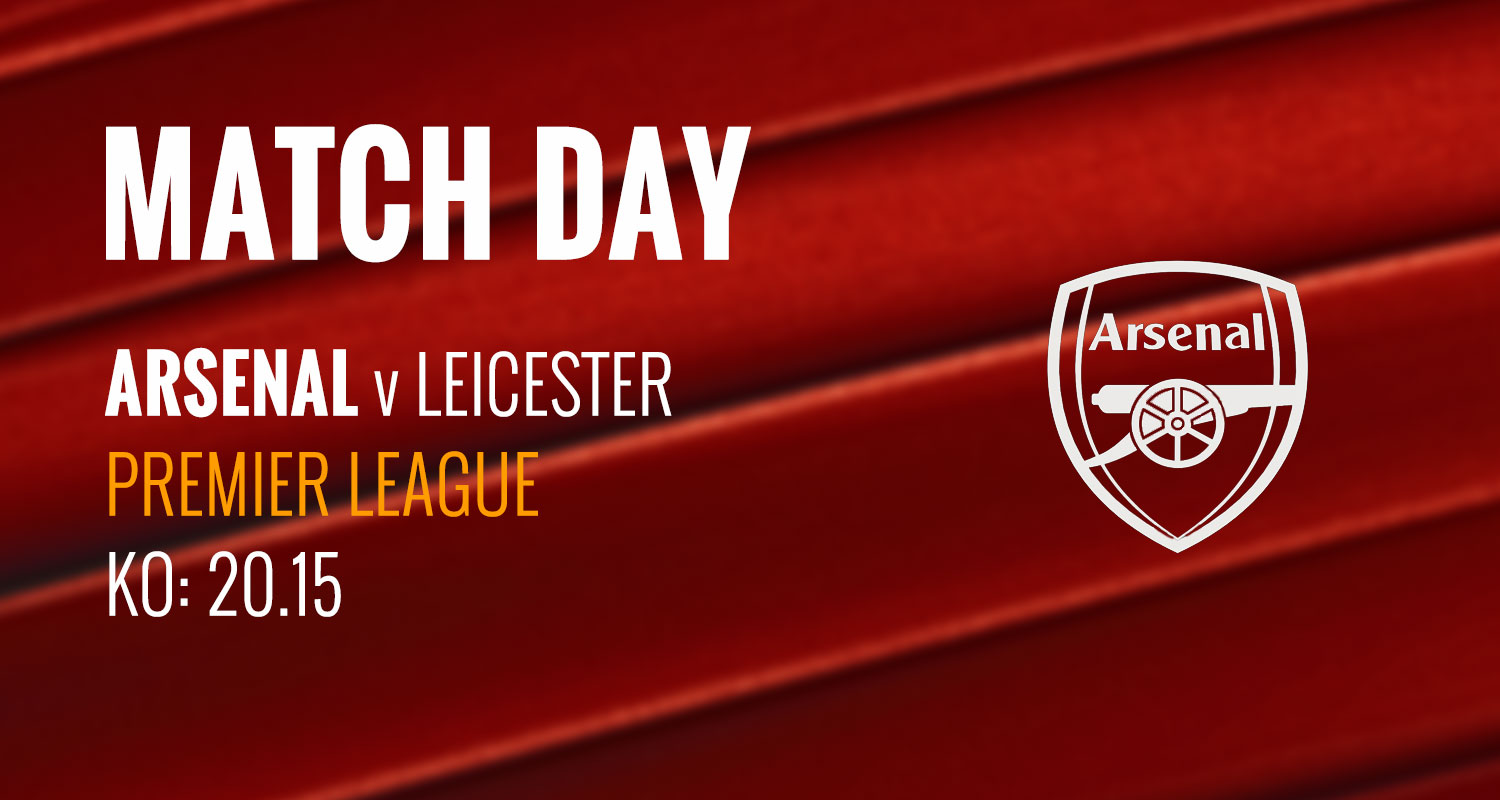 Arsenal take on Leicester City this evening at the Emirates, looking to continue a run of good results and to follow up on the 2-0 win over Wolves, another team above us in the table.

It seems reasonable to think we’ll continue with the back three this evening. Mikel Arteta did talk a bit about how it was used to match up against the likes of Sheffield United and Wolves (who also use a three), but we lined up that way against Norwich who play with a back four. Leicester play something close to a traditional 4-4-2, but with the threat of Jamie Vardy up front, and our centre-halves being much more comfortable as a trio, I can’t really see a shift away from that system.

Will he change any of the personnel? It seems like David Luiz and Shkodran Mustafi are first picks for the manager, while on the left Sead Kolasinac is currently being preferred to Rob Holding. I worry a little that says something about how the Englishman is viewed, but he would be fresher if called upon this evening. Kieran Tierney on the left hand side was ‘rested’ for the last half an hour of the Wolves game, while Hector Bellerin could come in for Cedric on the right.

Lucas Torreira’s availability could see him start, but it depends on how the last few games have impacted Dani Ceballos and Granit Xhaka. They’ve done a lot of work in midfield, and there’s been little chance to recover. The Uruguayan looked sharp when he came on against Wolves. Joe Willock is another option, but we’ll be without Matteo Guendouzi. Will Mesut Ozil’s back have recovered sufficiently for him to be considered? It seems unlikely.

We should welcome back Nicolas Pepe after he missed the Wolves game for personal reasons, Pierre-Emerick Aubameyang will obviously start, and after that it’s a straight choice between Alexandre Lacazette and Eddie Nketiah for the place up front. I have a sneaky feeling it might just be the former this evening after his goal against Wolves, despite the fact Eddie appears to be above him in the pecking order. Let’s see.

It will be difficult, Leicester are a good side having a good season, and we know all about how dangerous they can be. Nevertheless, our home record against them is good, and we should be feeling confident after the recent form and the win over Wolves. Arteta really needs to get one more big effort out of his players after a gruelling schedule, and then we have a few days more to prepare for a North London derby.

Asked how we keep this momentum, he said:

Just by pushing the players every day. They are realising that that’s the only way to try to compete with the top teams in this country. There are still a lot of things that we have to improve and we have a huge margin, but that has to be something non-negotiable, that has to be a must in every game and every training session.

Let’s hope we can keep it going tonight. As always, we’ll have live blog coverage for you, as well as all the pre and post-game stuff on Arseblog News.

Meanwhile, a little more on the Guendouzi situation from James, and David Ornstein, over at The Athletic (£). They report that the young Frenchman has been training alone for the last two weeks after Mikel Arteta encountered what are described as ‘problems with the player’s attitude and general conduct.’

It’s not the first time he’s had disciplinary issues, and even though there was a meeting between the manager, Technical Director Edu, and the player, no satisfactory resolution was found and he remains out in the cold. It’s clear from what Arteta said that the ball is very much in the player’s court. It’s up to him to make things right and thus far he hasn’t. We’ve seen other individuals like Dani Ceballos and Ainsley Maitland-Niles respond positively to situations where more has been demanded of them, so the manager is someone who is open to giving his players chances, but Guendouzi’s refusal to do so is the reason why he remains apart from the main squad.

As I said yesterday, at a crucial point of this strange end to the 2019-20 season, when we could use every pair of fresh legs available to us, it’s disappointing that the Frenchman is being so intransigent. Each day without an apology or a willingness to address the behaviour which saw him excommunicated hammers another nail in the coffin of his Arsenal career. He is letting the team down, and in time he’ll realise he’s letting himself down too.

It’s very hard to see a way back for him now. You can never say never, of course, but at a time when Arteta is making it very clear that it’s ‘my way or the highway’, Guendouzi is standing by the side of the road with his thumb out looking for a lift somewhere else. It’s a shame, he had a genuine opportunity to become a part of this rebuild under a new manager – someone that the players are publicly hugely enthused by – but it looks like he’ll be little more than a brief footnote in this club’s history. 57 Premier League appearances, no goals, and one assist (from 82 appearances in total, 1 goal against Qarabag in 2018, a couple of assists): for all the potential, you can’t really insist this is a difficult player to replace, or even a huge loss in terms of what he brings to the team.

Apparently meetings are scheduled with his representatives soon to discuss the situation, but with two years left on his current contract – and absolutely no case to be made for offering him an extension – now is the perfect time for a parting of the ways and for Arsenal to reshape midfield.

I’ll leave you with a brand new Arsecast Extra, chatting about the Wolves win, the possibility of new deals for Shkodran Mustafi and Lacazette, and lots more. Listen/subscribe below, and James and I will have another one for you tomorrow after the game this evening.

Catch you later on for that!