Home Arseblog, the arsenal blog A journey through the FA Cup finals of my lifetime 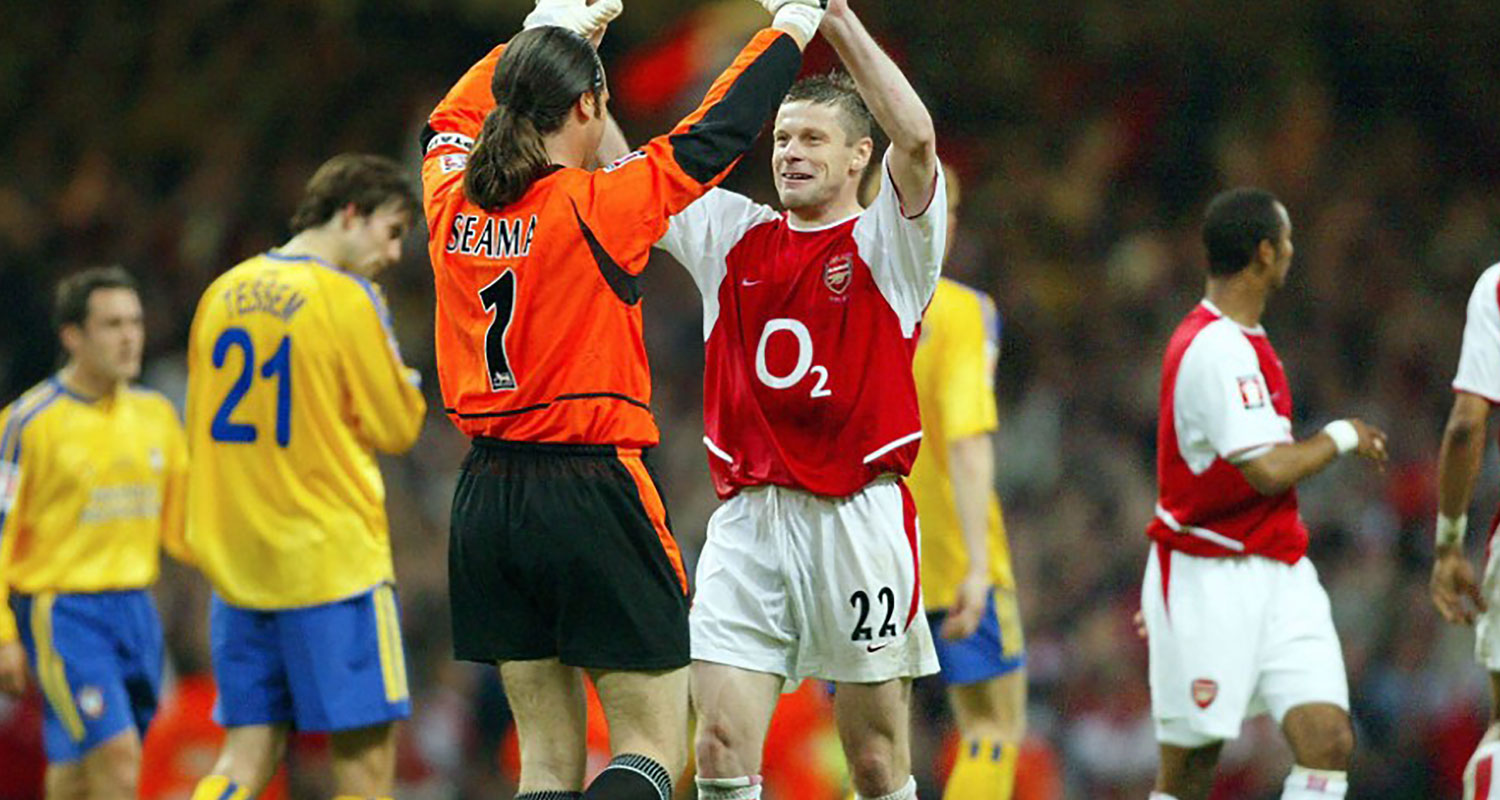 1971, an auspicious year for Arsenal Football Club. We did the double, securing the league title at White Hart Lane thanks to Ray Kennedy’s header, and then beating Liverpool 2-1 in the FA Cup final thanks to goals from Eddie Kelly and Charlie George.

Also, I was born. Since then, Arsenal have played in a literal shit-ton of FA Cup finals. Here are my recollections of the ones in my lifetime.

I was alive, but I don’t remember this one at all. Which is probably for the best.

Oh boy do I remember this one. The elation at being 2-0 up and thinking this whole football lark and winning trophies thing was quite easy. Then, Gordon McQueen scored in the 86th minute, followed by Sammy McIllroy in the 88th minute.

The thinking then changed from how great football was to ‘How come I feel so sick?’, but then we kicked off, Liam Brady fed Graham Rix, he crossed for Alan Sunderland, United goalkeeper Gary Bailey was in no-man’s land, and at the back post the Arsenal striker scored the winner.

‘Hey, I don’t feel sick anymore!’. My love affair with Arsenal in yellow and blue began that day.

West Ham were in the second division. I remember in the build-up, which lasted all day back then, they did an interview with one of the West Ham players (maybe it was Alan Devonshire), about how he’d become a professional footballer after spending 29 hours a day working down the mines, and when he’d come home at night he had drink a cup of sulphuric acid and his dad would kill him and dance on his grave and he’d have to get up the next morning and do it all over again.

Anyway, Trevor Brooking can still get stuffed, and the only good thing about this game was Willy Young’s splendid tackle on Paul Allen. Also worth remembering this ghastly experience was followed by losing the Cup Winners Cup Final a few days later to Valencia (on penalties) and then Liam Brady left for Juventus. Ugh.

Who, in their right mind, holds interviews for jobs on a Saturday afternoon? Well, the Irish Independent, that’s who. Relatively fresh out of college and with my journalism qualification I went for aptitude tests and interviews in a hotel on Middle Abbey Street – at exactly the same time as the cup final. Bastards. I remember lacking some focus as I was more interested in what was happening at Wembley, there was no way to find out back then either, so I finished up as soon as I could and legged it into a nearby pub to catch the last 20 minutes.

I’d missed Ian Wright’s opener, and David Hirst’s equaliser, but no more goals meant a replay on Thursday evening, and there was no chance I was missing that.

I did not get the job.

Wrighty did it again, putting us in front by scoring past Chris Woods, my least favourite goalkeeper in the world back then. However, pop sensation Chris Waddle equalised, and the game went into extra-time. It went all the way to the 119th minute and it looked like we were heading for a penalty shoot-out when we got a corner, Paul Merson swung it in there was Andy Linighan to head home and win the cup.

Take that Chris Woods! It was, as far as I remember, the last cup final to go to a replay.

It was Arsene Wenger’s first full season in charge. Having already wrapped up the league with that super run of results at the end of the season, and that iconic 4-0 win over Everton at Highbury, it was a chance to repeat to double heroics of 1971. With no Dennis Bergkamp due to an Achilles problem, Chris Wreh was preferred to Ian Wright in the starting XI, but goals from Marc Overmars and Nicolas Anelka – on what I recall as the archetypal sun-shining Wembley cup final day – were enough to see off Newcastle.

Freddie Ljungberg put us ahead, but thanks to the heroics of Liverpool’s goalkeepers Sander Westerveld and Stephane Henchoz the Mugsmashers stayed in the game. Then something awful happened late on and I’m not saying Michael Owen deserved the litany of injuries he sustained in the second half of his career just because he scored those two goals but that’s precisely what I’m saying.

Arsene Wenger’s second FA Cup win. The ‘It’s only Ray Parlour!’ moment from that Soccer AM gimp just before the Arsenal midfielder curled in the opening goal. Freddie Ljungberg leaving a young John Terry flat on his stupid face as he curled in the second, with Lee Dixon wheeling away in celebration behind the goal. So much fun.

Interestingly, this game was played before the end of the league season, so we had to compartmentalise celebrations before a crunch game at Old Trafford, which we won 1-0 to secure the double.

An unlikely centre-half pairing of Martin Keown –who needed injections in his injections to play – and Oleg Luzhny highlighted the defensive issues we had in this game. There was no Sol Campbell due to suspension, no Pascal Cygan due to injury, no Patrick Vieira because of a knee problem, and David Seaman captained the team on his last ever Arsenal appearance.

Having endured an extremely painful end to the Premier League season thanks to results at Bolton and at home to Leeds, we had to salvage something from the campaign. A scrappy Robert Pires goal at the Millennium Stadium in Cardiff was enough to win it, but then that was part of his brilliance. He could curl one in from distance, but if there was a ball rebounding around the opposition box, he was so often there.

To be fair, we were pretty much battered. Injuries meant Dennis Bergkamp started as a lone striker, and United’s forward line of Wayne Rooney, a youthful Cristiano Ronaldo, and Ruud van Nistelrooy were so dangerous.

Still, we lined up with Pires and Jose Antonio Reyes either side of Dennis, a midfield of Cesc, Vieira and Gilberto Silva, with a back four of Lauren, Toure, Senderos and Cole. It was hard work though. We brought on Edu in extra-time, Freddie Ljungberg and Robin van Persie were also introduced from the bench, and Reyes was sent off right before the penalty shoot-out.

It was fitting that Patrick Vieira’s last kick for Arsenal won us a trophy, but the quality of Arsenal’s spot-kicks that day was fantastic. Shall we? Yes, I think we shall …

What a glorious day it ended up, but man did we make it hard work for ourselves. 2-0 down early on, it was almost 3-0 but for Kieran Gibbs’ goal line clearance. Then Santi Cazorla scored an amazing free kick; Laurent Koscielny hooked one in during the second half; and in extra-time Aaron Ramsey nabbed his first FA Cup winner.

It was a game remembered so well because it broke that long-standing trophy drought; Arsene Wenger kissed Bacary Sagna’s head; Yaya Sanogo was an agent of chaos; and the celebrations on sticky floors across North London were genuinely epic.

A glorious cup final day, and in relation to the previous year, an easy win. Goals from Theo Walcott, Alexis Sanchez, Per Mertesacker and Olivier Giroud.

One that will live long in the memory for me, spent with mates in the stands at Wembley, one of whom is no longer with us, but Goonerholic was in fine form that day, let me tell you.

A defensive injury/absentee crisis just before a final? Sure why not, we’re Arsenal. Laurent Koscielny was suspended after a red card in our last league game of the season against Everton; Shkodran Mustafi picked up a concussion; and Gabriel had an ankle problem.

It meant a start for Per Mertesacker who had been injured most of the season, and his only appearance of the campaign came as a substitute in the Everton match. He was flanked in a back three by Nacho Monreal and a youthful Rob Holding, and as if it wasn’t enough of a challenge, we also picked David Ospina in goal.

The defensive trio were superb though, Holding getting right into Diego Costa early on, and a somewhat fortune Alexis Sanchez goal put us ahead in the 4th minute (a goal that VAR would disallow now). Costa equalised in the second half, after Chelsea had gone down to 10 men, thanks to Ospina’s chocolate wrists, but before they could even finish their celebrations, substitute Giroud crossed for Ramsey to do it again and head home the winner.

Man, I so wish we had the Welshman for Saturday. It was a superb win to finish off what had been an extremely trying season, and set a new record of 13 FA Cup wins for the club.

Here’s to making it 14 on Saturday.

Mikel Arteta’s pre-game press conference takes place this evening. We’ll have all the stories on Arseblog News, and we’ll be recording a special pre-final Arsecast Extra for you tomorrow morning, so join us for that.