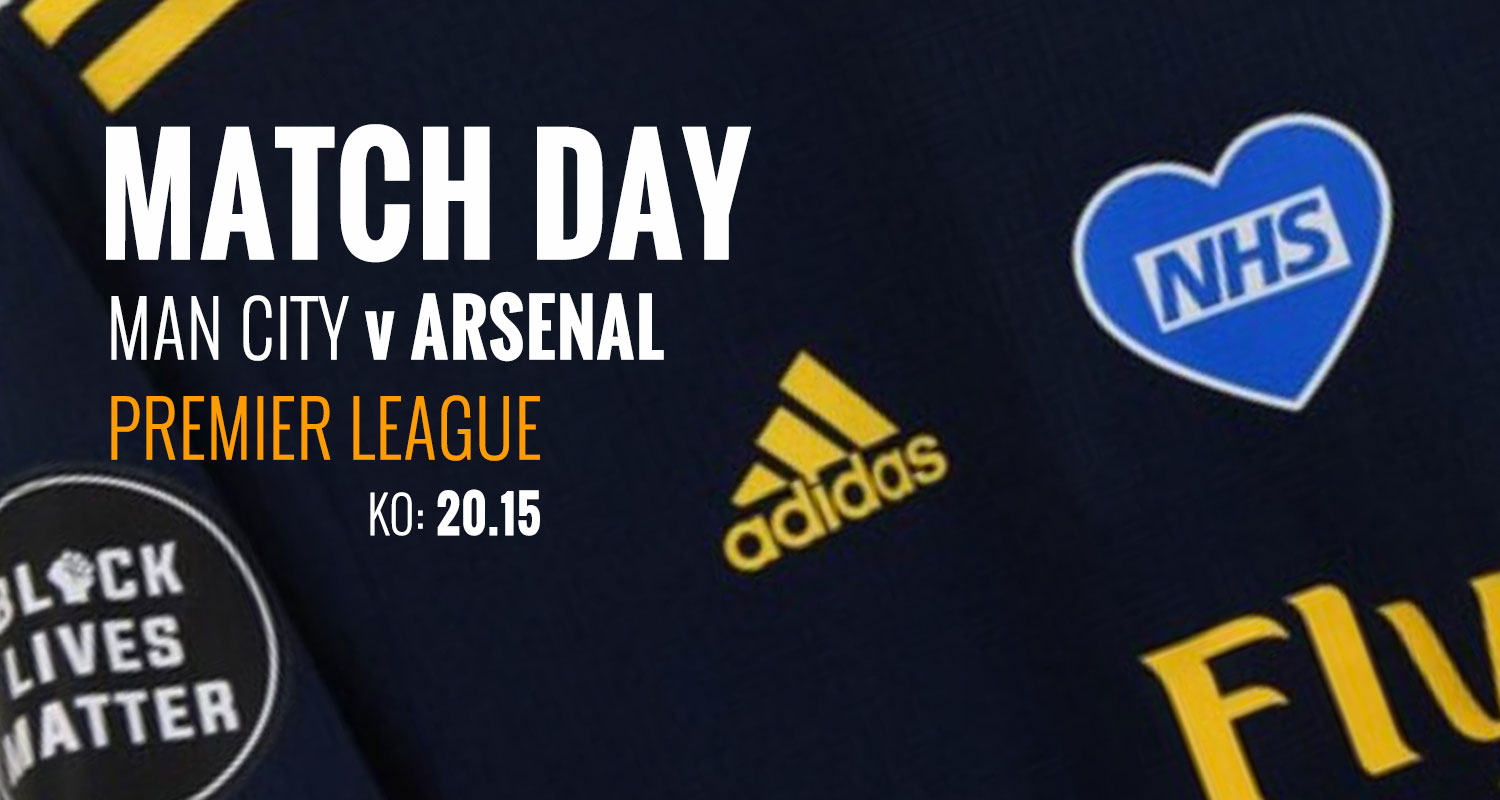 Good morning folks, and welcome back to football.

Arsenal take on Man City at the City of Manchester Stadium in an encounter which is extremely difficult to preview. Normally, we have recent games to inform us and our thoughts about team selection, tactics, formation, our chances of getting a result, and so on. The fact that our last game was over three months ago – that 1-0 win over West Ham – means we have almost nothing to go on for this one.

Not only that, there are other factors at play. Things we don’t normally have to think about. Fitness is obviously the major one, because after such a long time without playing, it’s going to take players a little while to get properly match fit. The sharpness you get from competitive football can only be gained from matches, and although we’ve played a couple of friendlies, it’s not even close to the real thing.

Then there’s the atmosphere, or lack of it. These are professional footballers, and they should be well able to deal with anything, but the fact the stands will be empty as supporters remain locked out – if not locked down anymore – will be strange for them. Will some find it liberating? The lack of pressure from 50,000 screaming people might be something they don’t miss at all, and instead prove useful. Others who like to feed off the energy from the crowd could struggle in the sterile surroundings in which they’ll be playing for the next few months. We won’t know one way or another until we see them out there.

I should point out that these are issues that both teams will have to deal with, not Arsenal uniquely. Is there ever a good time to face a team as good as Man City? You could make the argument that when they’re not at full speed is exactly it, but then neither are we, so it balances itself out. It doesn’t seem likely that any side could have gained a significant physical advantage during lockdown, but again we have no idea where our levels are versus where they would be normally, or where we want them to be.

One thing is for sure, Mikel Arteta has had plenty of time to consider his strategy for this one, how he wants to approach the game, and the players he’s going to select. In the pre-game press conference he said there were no fitness issues, that everyone was available, but we know Lucas Torreira isn’t ready yet, while Granit Xhaka didn’t feature at all in the friendlies against Charlton and Brentford which must raise a question mark over him.

I can only guess at what he’s going to do today, and my gut feeling tells me that he’s going to go with as much experience as possible to start with. These are strange times, and looking at players who have been there and done that makes some sense. So, this is my completely speculative starting XI based on what we know of Arteta’s selections/preferences before and the availability of most of his squad:

It’s one with many questions though. What if Xhaka isn’t fit? I suppose Dani Ceballos and Joe Willock are candidates. Do you play Ozil in a big game away from home (and this is a big game despite how strange it feels)? Does Pepe give you enough defensively against a team like City? Why would you pick Lacazette, a player who hasn’t scored a goal away from home since February 2019? Wouldn’t it be smarter to choose Pierre-Emerick Aubameyang as our striker, and use one of Gabriel Martinelli or Bukayo Saka on the left hand side?

Which is to say, there are all kinds of things Arteta could do, few of which would be particularly surprising. With the manager targetting European football there’s a need to achieve results now, but so too a need to start building for the future – one in which some of these players will not be a part, or prove peripheral at best. Finding that balance in the short-term is going to be really tough, but over the course of the lockdown Arteta has had the chance to get to know his players in a fairly unique way.

In the work environment, in which everyone puts on their game face and is out to impress, you build a relationship with the footballer, without always understanding the person that lies within. He’s had three months in which he’s only been dealing with the people and that may well have taught him a lot about who he feels he can rely on, who he wants to build his team with, and those whose personalities aren’t 100% compatible with what he wants. Marrying that with the need to pick up points, win games, and hopefully qualifying for Europe is going to be a challenge for him.

It’s now over five years since we won a game away at one of the so-called ‘Big Six’, and that was the 2-0 win over City in which Santi Cazorla performed heroics in central midfield. That’s a record Arteta wants to change, saying:

“A club like Arsenal can’t go that long without winning away, you need to compete with the big four, five, six players in this country. We have to change that straight away. We want to win and that should be the mentality.

“That’s the way we will travel to Manchester even though we know they are difficult and how good they are. We’ll focus on what we can do and what we can control.”

Honestly, it would be a big surprise to me if we were to correct that record tonight, but each game will give us a better idea of who is potentially up to the task as we look to the future. I like Arteta’s attitude and outlook a lot. I don’t think there’s been an interview in which I’ve had a significant issue with anything he’s said about what he wants to do, how he wants to do it, and his vision for the football club. I’m on board for that kind of long-term project, but we’ll just have to wait and see how much he can do in the short-term, especially in these current circumstances.

Right, that’s it. We play tonight at 8.15pm – please join us on the live blog for in-game text commentary, chat, and more, and we’ll have all the match related stuff like the report, player ratings, stats and all the rest over on Arseblog News afterwards.