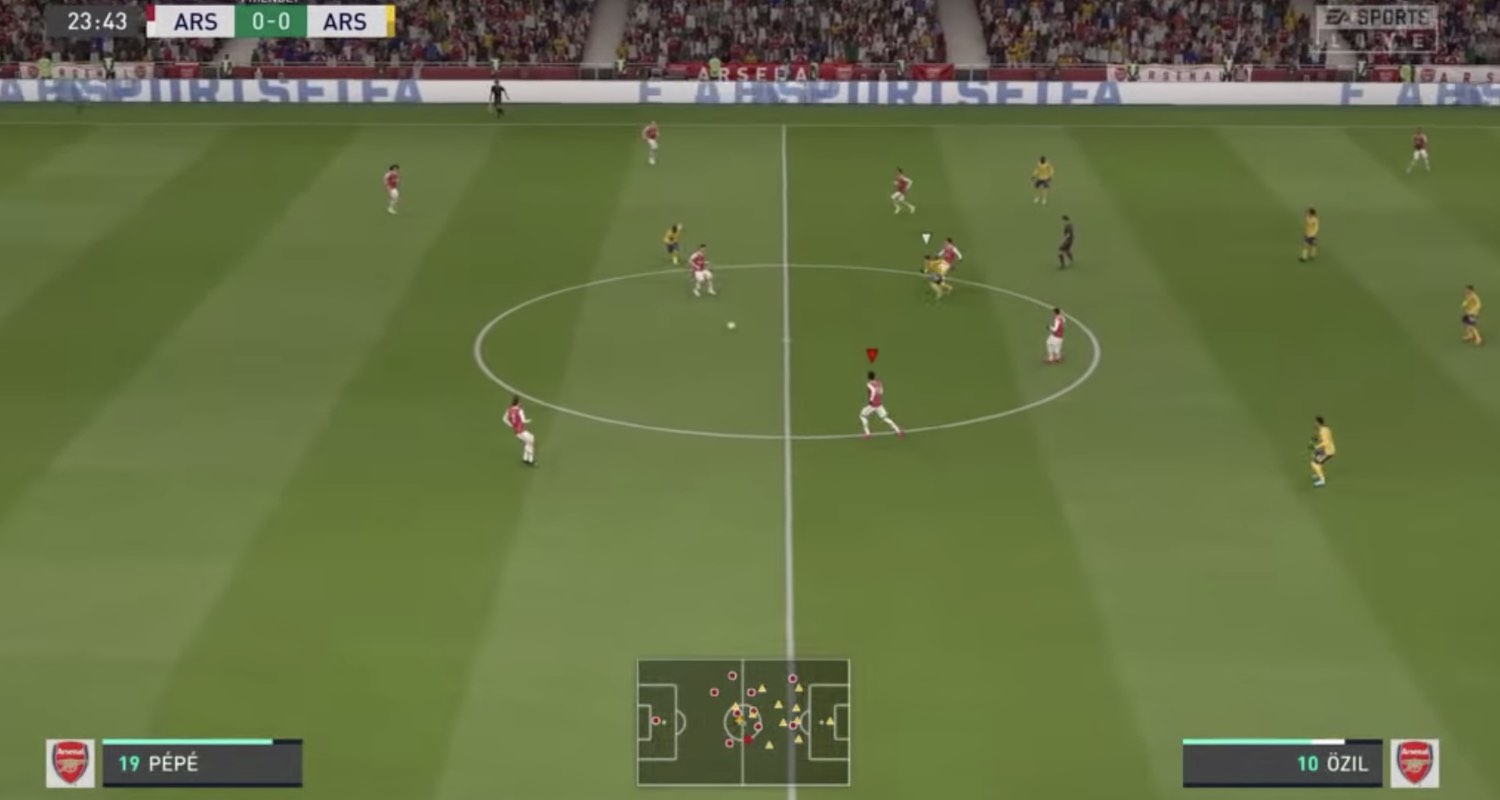 Hey, a quick Saturday round up for you. Hope you’re all ok.

Not much happening from an Arsenal point of view, but a couple of bits and pieces we can take a look at more generally. First, Sky Sports have announced a ‘range of new innovations’ for when football returns, including crowd noise, a Fanzone type thing and more.

In a story last night, they said:

In partnership with EA Sports, Sky Sports has created a range of bespoke and team-specific crowd noises and chants to bring the vibrant atmosphere of the Premier League to the restart. Viewers can select the Sky channel to watch with the added sound or with stadium noise.

So, the rumours about FIFA 20 etc were not too far wide of the mark. Thankfully, this appears to be optional rather than mandatory, and it’s probably not something I’m going to use. I’ve heard varying reports from people who have seen/heard it in action in other sports. Some people like it, some people think it’s a bit too weird to hear crowd noise when you’re looking at an empty stadium.

From a technical point of view, I guess it’s going to be a sound engineer working a mixing desk in tandem with what’s happening on the pitch. These guys are professionals and I’m sure will do a sterling job, but it would be funny if they put up the wrong fader for the wrong noise at the wrong time. Arsenal score and there’s silence or a few boos. Actually, I wonder if they will have any negative sound effects at all? Will there be a ‘You don’t know what you’re doing?’ for a referee having a nightmare? What if Granit Xhaka takes too long to be substituted, will there simply be polite applause from the ‘player getting subbed’ fader (please note this is a joke and I don’t want that to happen)?

But negative things do happen in football matches and crowds respond to that. It’s as much a part of the atmosphere as celebrating a goal, so how will they deal with that? Or will they deal with it at all? I think we can all understand that this is pure artifice, like an aural comfort blanket for those who can’t deal with the sounds of player shouts echoing back off the empty stands, and the thwack of a ball being kicked. The reality of the situation is too far removed from the comfortable viewing experience they’re used to, so this will be fine for them.

There’s also an in-game highlights option which you can activate at any time, and via their website you can ‘watch select matches with friends in a video room and interact while the action unfolds, giving them the chance to chat about the match and influence the crowd noise they hear on screen’ – which sounds pretty terrible to me, but then I’m not much on chatting while games are on anyway. For some this might be a way of replacing the lack of social interaction that football brings, whether that’s going to games or watching with friends in the pub etc, so to each their own.

I assume that if Sky are doing this, then so too will BT Sport, as well as the other broadcasters who have some games (the BBC and Amazonbooooooooooo). Sky also say they will unveil ‘further innovations to further enhance the experience for fans’. I’m not sure what else there might be, but if there were online polls to dunk your least favourite pundit in a vat of mouldy custard, I suppose I could be interested in seeing that happen. There might even be interactive games, like predicting the exact second in which Graeme Souness blames Paul Pogba’s colourful hair for his performance, or when Michael Owen says something like ‘In this day and age it’s more important than ever that players have feet’.

The other thing I thought worth talking about was the fact that Chelsea appear to be flexing their financial muscle in the transfer market, with reports they’re going to pay the £53m release clause of Timo Werner who plays for Disgustingly Sweet Energy Drink Leipzig. There are further reports they’re prepared to pay £45m for Leicester’s left-back Ben Chilwell. In the same week Sp*rs took a £175m loan from the Bank of England to keep the lights on, it’s a show of fiscal strength from Chelsea who, of course, are owned by billionaire Roman Abramovich.

It’s interesting that they’re prepared to throw £100m around to get players they want without having seen how the transfer market is properly affected by the lockdown crisis. Perhaps it’s an opportunity for clubs with deep pockets to hoover up players because there are few clubs who can now afford to turn that kind of money down. Will this set the benchmark for the market itself, or are we going to see a kind of two-tiered system where the clubs owned by oligarchs and nation states pay whatever it takes to get deals done for the best players, while everyone else scratches around doing swap deals etc for what’s left?

The potential sporting inequality this might create is certainly something we should be worried about, because our billionaire owner a) isn’t prepared to spend anything anyway and b) has greater financial considerations that someone like Abramovich because he has so many other things to deal with (his other sports ‘franchises’, the world’s most expensive stadium building project in LA etc).

It also puts me on edge when we have a young talent like Bukayo Saka with a contractual situation that sees him just 12 months away from being able to leave for free. While Chelsea can spend a fortune on a left-back, they’d also love to fill that spot in a more financially efficient way – and think about what they could offer him too. I find it staggering that during this lockdown period we haven’t moved heaven and earth to sort his future. We’ve been able to get through pay cuts, but not give this young man the security and significant pay rise his talent and performances demand? Make it happen, Raul, and quickly.

Right, that’s it for this morning. Have a good Saturday whatever you do. More from me here tomorrow.

A glimpse into our transfer futures