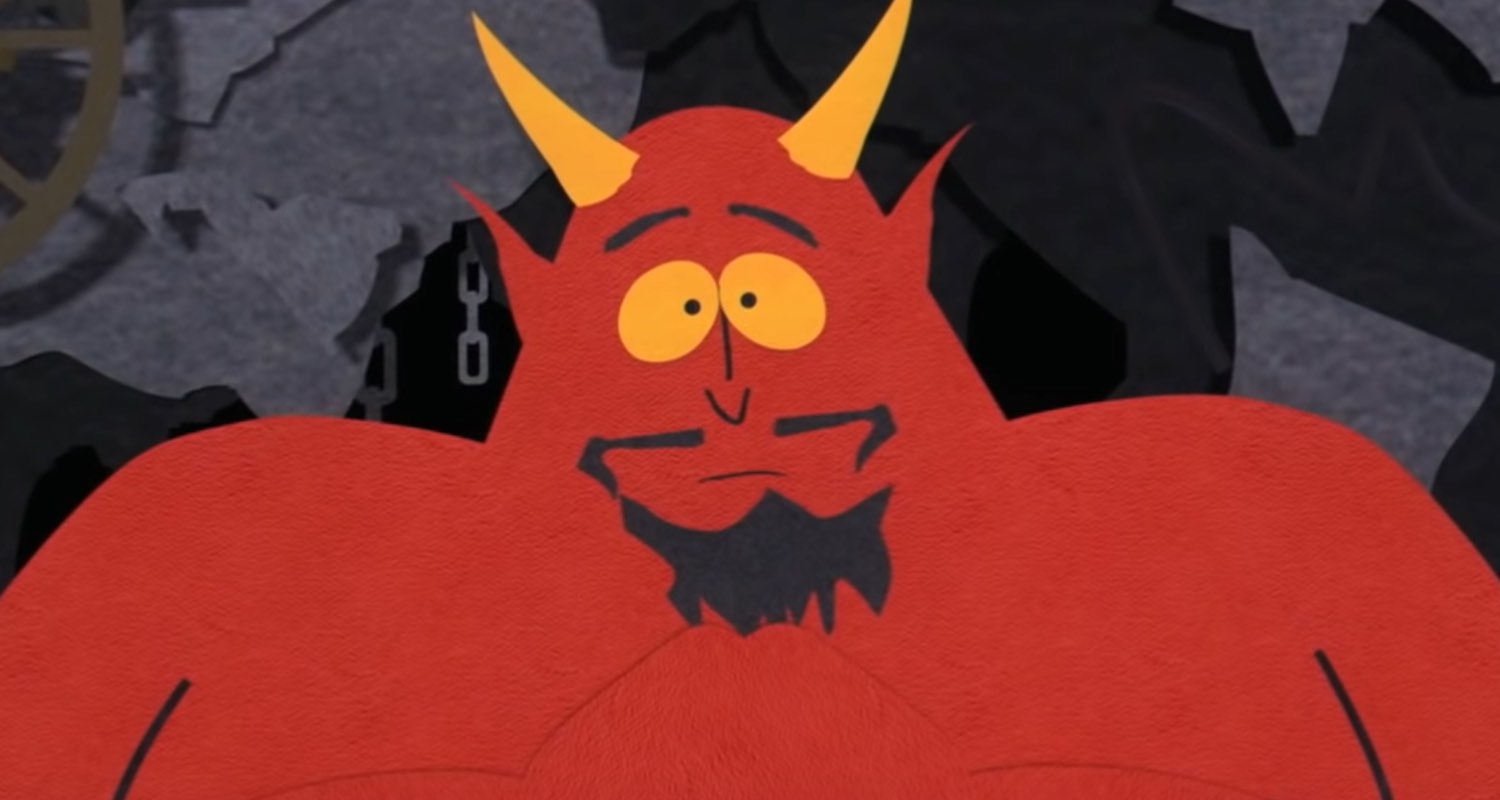 Last night I woke up at 2.22 and 4.44 (because of Lana barking at something she heard outside). Thankfully it was 6.03 when I got up and I didn’t sleep until 6.66 because that would have been a pretty devilish start to the day.

I have to admit that as a kid, demonic possession was something I worried about quite a bit. Having watched the Exorcist at the age of 10 or 11, and then spent the next two nights too afraid to even go to sleep, I had a solid grounding in my own mind about the downside of an evil being using my body as a vessel. I wasn’t mad for the head spinning, but I was probably most put off by the idea of doing all that vomit as much as anything else. I hate doing vomit.

Later, and I know I’ve written about this before, we had two films to play on our Betamax video cassette player. Both were recorded off the telly, I think. First was Jaws – which I have watched one thousand trillion and eleventy billion times in my life. And I could watch it again tomorrow. It didn’t instill in me a fear of sharks beyond the normal aversion one would naturally have of being bitten in two by a gigantic, prehistoric looking fish. As an aside, isn’t it funny how nature has provided with cute versions of animals and deadly ones?

Awww, goldfish. Look at him in his bowl with his two second memory and pathetic lifespan!

ARGH, great white shark with his taste for human flesh and sinister soundtrack.

Awww, little tabby cat pouncing around and doing purrs when it wants to be fed.

ARGH, sabre-toothed tiger looking to puncture my belly with his massive teeth.

I’m just thankful that in general the giant birds that exist aren’t really a threat to human life, mostly due to the fact the bigger they get the crapper they are. I mean, imagine being an ostrich, what an absolute shambles of a creature that is. Sure, it can run pretty fast but being one of the only birds who can’t fly ensures it is the laughing stock of the avian world.

Anyway, the other movie was Damien: Omen II in which a little twat discovers he’s got the ‘666’ on his head because he’s the son of the devil and while initially a bit vexed by this, soon embraces his inherent evil. Like father, like son, and all that. Soon, he’s killing people by making them fall through ice and using crows in an evil way and all that kind of jazz.

I should point out that I wasn’t necessarily afraid of being the son of the devil – it was pretty easy to check because if you didn’t have ‘666’ on your head chances are you weren’t. However, what if – for example – his real son was killed in some kind of playground accident, or he had a peanut allergy? At that point he might need a replacement and I worried about my ability to resist the wiles of Satan himself, because he was pretty good at the whole temptation stuff.

What if he’d come along and offered me all the games I wanted for my ZX Spectrum, and assured me that my copy of Daley Thompson’s Decathlon would both load every single time, and not destroy my joystick in a matter of a few games because of the repetitive nature of the movements required to make Britain’s number one decathlete do all his events? It would have been tough, let me tell you.

People think that childhood is carefree and simple compared to adult life, and there’s obviously something to that, but there’s still a lot to deal with. School, growing up, pubes, that bloke in a LandRover who for some reason tried to run me off the road once for no good reason as I was cycling home and what if he tried it again, the rugby lads and their zany ways directed at those in school who didn’t care for a game where you stuck your head between the bums of two other chaps, and, of course, how to do dancing at a disco without looking like a complete chump in front of girls but also your own mates (this was a very complex equation and one, I’m sorry to say, I failed with when the DJ played Animotion – My Obsession, a tune I loved a bit too much).

So, when you see that someone has the power to chop a scientist in two with a lift cable, it gives you some pause for thought (please note: clip involves mild but pretty fake looking gore but I do appreciate it’s early in the morning). The devil, or his little twat son, could be anywhere, ready to take exception at something you might have inadvertently done to annoy him and then you’d be in a world of trouble.

In time I grew out of this fear, and I felt better for it, but you have to remember this was the 70s/80s and there was one danger lurking at all times that we remained terrified of. It could be anywhere, you never knew when you were going to fall victim to it, and if you did that was the end of you because there was no escape. If you think staying alert is something you have to do now, you don’t know the half of it because our alert levels were a Spinal Tap-esque 11 at all times.

Luckily, as I came to discover, pools of quicksand were not especially frequent in the southside suburbs of Dublin, but TV and movies made us wary all the same.

For something to listen to midweek, as well as the vast archives of stuff, we have a brand new podcast for Patreon members in which James interviews me about Arseblog, the creation and development of the site, the podcasts and everything else in the 18 years it’s been going. It’s a fun chat – listen here.

Right, that’s it for this morning. More from me tomorrow, and any Arsenal/football news will be found over on Arseblog News.