It’s Sunday. There’s nothing much happening, so let’s do an ‘On this day’ post from years gone by. I always start these and hope that there’s some interesting stuff to revisit. It’s not as if I look at the stuff first and then think there’s enough to do this kind of post. I suppose it should be the other way around but hey, I like to live life on the edge.

Alan Smith reports on a game at the training ground between the coaches/staff:

“One coach, who shall remain nameless, kept on chipping away at Arsene Wenger with painful late tackles.

“The great man took it for a while before turning around angrily and shouting “Why don’t you stop ****** kicking me!”“

I mean, it was Pat Rice, wasn’t it? Nobody else would get away with that. Was Steve Bould on the coaching staff then? I think he might have just started at the Academy. I don’t think we need to look further than those two guys then.

I had forgotten all about this:

Tony Adams is now working in a scouting role for Arsenal it seems. Apparently he’s been in Holland looking at striker Dirk Kuyt who has scored 29 goals this season. However, you only need to look at Kezman to see how big the leap from goalscoring machine in Holland to half-decent Premiership player is.

That report came via Sky Sports so it must have had some nugget of truth to it. Kuyt was one of those annoying players who was always very annoying because he was so annoying. He was his own self-fulfilling prophecy. I mean, not a true evil like some, but a constant irritant.

He scored that penalty in that game against Liverpool when we scored one of our own deep into injury time but somehow, as only Arsenal Football Club could possibly do, we managed to give them an even later one thanks to Emmanuel Eboue. Kuyt is exactly the kind of guy you don’t want to take that spot kick because you know he’s going to score and, by being an efficient penalty taker, he becomes even more annoying than you thought possible despite the fact you’re mostly thinking that Eboue is the most annoying person on the planet.

We’ll wait for confirmation but if he is going I’m sure he goes with the best wishes of all Arsenal fans who will remember what a brilliant player he’s been for us. 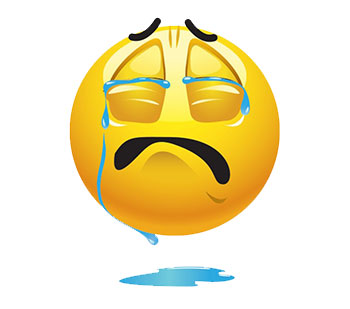 Still, it’s all good now. Robert has his own bungalow at the training ground where he lives now so he can join in training every day. At night he lights a small fire and sits with his scrappy dog waiting for passers-by so he can tell them stories.

More shattering departure news as it’s confirmed that Alex Hleb is to leave. Suffice to say I was not crying any tears the way I did about Dreamy Bob:

It’s a shame that Hleb never worked out. He was technically as good a player as I’ve seen in a long time. His close control and dribbling skills were fantastic but he flattered to deceive since his arrival. His failure to score more goals is a big negative and I don’t care what anyone says about him being a provider or the provider for the provider – when you play as a winger/support striker in this Arsenal team a return of 11 goals in all competitions in three seasons is just not good enough.

I stand by that completely, but I do feel a bit kinder towards him in general because of that technique. After a period in which we’ve struggled to find players with that ability – particularly since Santi Cazorla was robbed from us by injury – you get a bit wistful about players who can, you know, pass the ball properly and find space in midfield because they’re not leaden footed oafs. Then I wonder what kind of football cocktail you’d get if you had one part Hleb with two parts Emery, shook it over ice and served it. I don’t think I’d drink it.

What would we call that cocktail? The Dribbly Ebening? No thanks.

We’re being linked with free agent Salomon Kalou who is set to depart Chelsea. This led to something of a rant about how difficult it is when your club signs a player you’ve disliked for ages because they play for a club you hate:

Signing complete bastards is hard to take. Sylvester was the prime example. I could not bear him when he played for United. I never understood why he couldn’t close his mouth, his head was overtly large and he once loafed Freddie Ljungberg whilst playing for our biggest rivals. How are we supposed to forget that? The only way we can forget is for the player himself to be awesome and with all due respect to Sylvester, even at his peak he was about as good as finding a bump on the top of your willy then looking on in horror as some kind of evil beetle wormed its way to the surface.

And on that lovely note, I’ll leave it there for this morning. Back tomorrow with more, and we’ll have an Arsecast Extra at some point for you too.

Previous articleHair we go again – the players are back!
Next articleA dismal derby, Auba’s F1 outing, and transfer nonsense