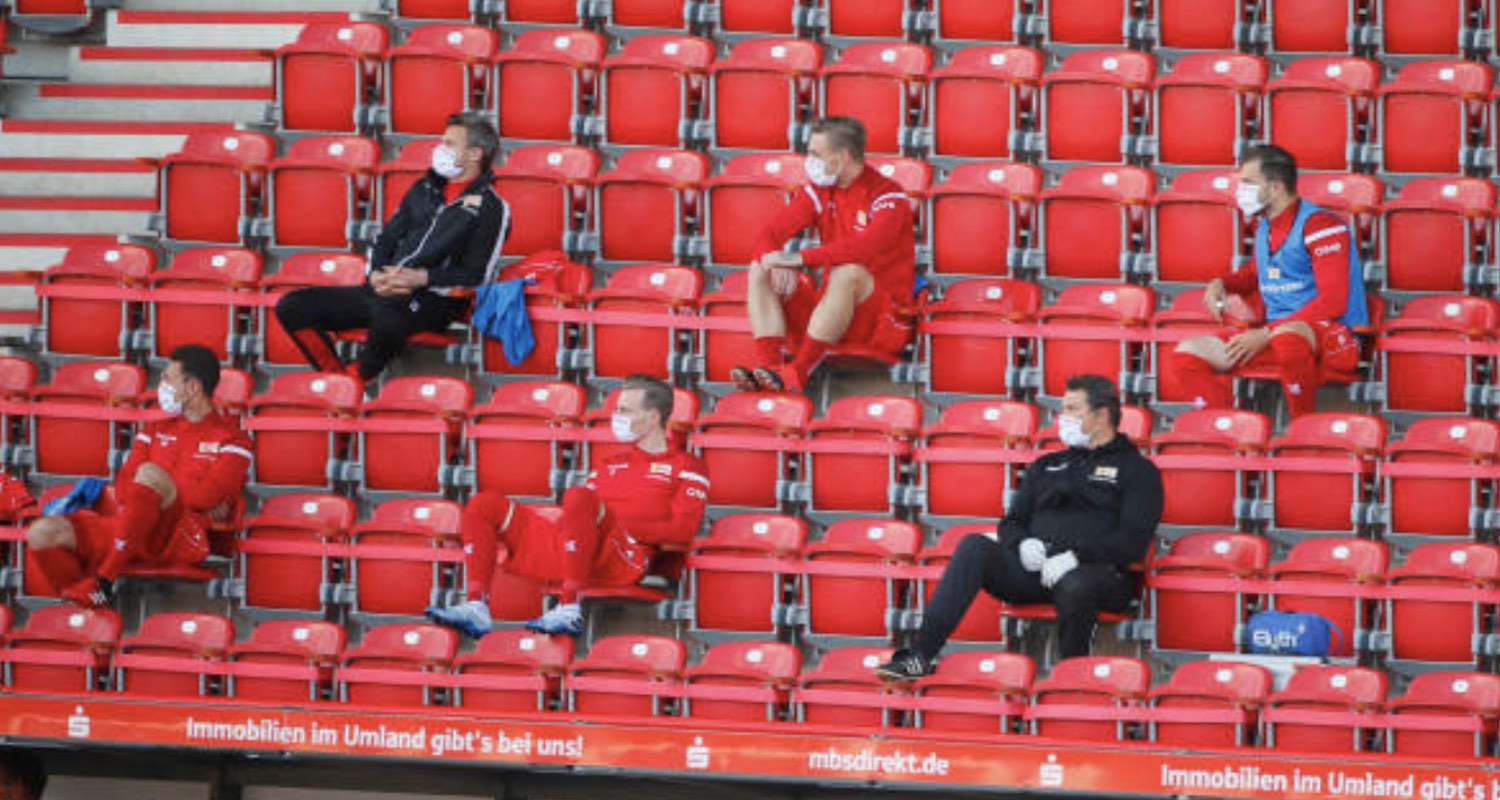 I did it! I watched 90 minutes of football. Yesterday afternoon I had the Bundesliga on the TV. I was cooking while FC Koln and Mainz played out a 2-2 draw, so that was background stuff, but then came the main event: FC Union Berlin v Bayern Munich.

‘Come on you reds,’ I thought as Bayern took to the field in white with their squad full of recognisable faces and names. Berlin’s team wasn’t that well known to me, the presence of veteran Neven Subotic – a player we were linked with strongly in the past – was the most familiar. Sadly he gave away a first half penalty which Robert Lewandowski scored (thought the keeper should have done a bit better myself).

Thomas Muller had earlier had a goal ruled out for offside when he stuck out a leg to divert a goal-bound Serge Gnabry header in. This made me happy, because while Muller is obviously a fantastic player, he’s got one of those faces that’s hard to like. Mostly because I remember what it looks like when he scores against us: a smug skeleton who has found some temporary skin to put on so as not to scare people too badly.

The game itself was ok. The lack of crowd was disconcerting at first but then you sort of get used to it. I wished that I could speak German as I would have liked to have understood some of the things they were shouting at each other, but eventually that empty, echoing sound became the soundtrack for the match.

You could also see that the players, to use a classic Wengerism, ‘lacked a little bit sharpness’. I thought that perhaps the game would be more error prone, and at times the passing was a little off from both sides, but generally the technical level was ok. Where you could see the issue was in the attacking third, particularly from Bayern who, as you might expect, dominated the game.

There were moments when a fully match-fit Gnabry would have made more of a couple of opportunities he had. You know, like when he plays against Sp*rs away from home and scores four goals and then does a Tweet about north London being red? That kinda thing. Yesterday he had chances but the 2-3% you need to really make the most of them in the final third wasn’t quite there. After such a long lay off, that’s understandable, and perhaps in the early stages of the Premier League’s return, it’ll be the team that can get their strikers firing again quickest that will thrive. Something for managers to think about anyway.

Bayern scored their second from a corner, and that was always going to be that. Union had a chance late on but hit it straight at Manuel Neuer, and I think I enjoyed it in the end. It was nice to watch some football again, and chat about the game with my Dad who came down to our house for some dinner. It’s impossible to completely lose yourself in it though, the lack of fans at key moments is just too hard to get beyond. When goals are scored, chances are made, fouls committed etc, the emptiness of the stadium becomes very obvious. Even at the end, players can’t shake hands, and seeing the subs sitting metres apart in the stands behind the benches while wearing face masks is a sight that hammers home what a strange time we’re going through.

Anyway, is it enough for me to tune in again? I guess so. I mean, I’m not really invested in the results the way I would be with Arsenal. Yesterday was more about wanting Bayern to lose, the way you’d want Man Utd or Chelsea or Man City to lose when they were playing a smaller side, rather than being desperate for Union to win. For now though, it’ll have to do.

Question: can someone with experience of this tell me if the terraces at either end of the Union ground are as much fun as I think they should be when things are ‘normal’?

Meanwhile, there’s a meeting today for Premier League clubs at which it’s expected they’ll approve protocols for a return to training. It’s the first part of a process which will see players return to work in small groups then, assuming everything goes ok, they’ll be given permission for full contact training. The next step is playing games again, and with June 12th earmarked as the date for the recommencement of the Premier League, finalising the protocols today is a key step.

In Spain, clubs are allowed to train together in groups from today. Until now they’ve been working individually, and the size of the groups vary from 10 to 14 depending which part of the country they’re in. There are also some easing of restrictions in terms of facilities, something that Premier League players are going to have to deal with when they get the green light. But slowly, steadily, football is heading towards a return, and the completion of the 2019-20 season in leagues that haven’t yet called time on the campaign.

After only one round of Bundelisga games, it’s too difficult to draw any definitive conclusions and as yet we don’t know if there have been any health related issues from the fixtures which took place. But England, Spain and Italy will all be looking closely at what happens in Germany, despite the fact that all these countries have been more heavily impacted by Covid-19. It’s not quite a like for like situation, so we’ll have to wait and see what can be gleaned from what happens there.

Ok, we’ll have the Premier League updates over on Arseblog News, and James and I will be recording an Arsecast Extra for you a bit later on. As ever if you have questions or topics for discussion, send to @gunnerblog and @arseblog on Twitter with the hashtag #arsecastextra – or if you’re on Arseblog Member on Patreon, leave your question in the #arsecast-extra-questions channel on our Discord server.

The podcast will be out for you mid-afternoon. Until then.