Home Arseblog, the arsenal blog Hair we go again – the players are back! 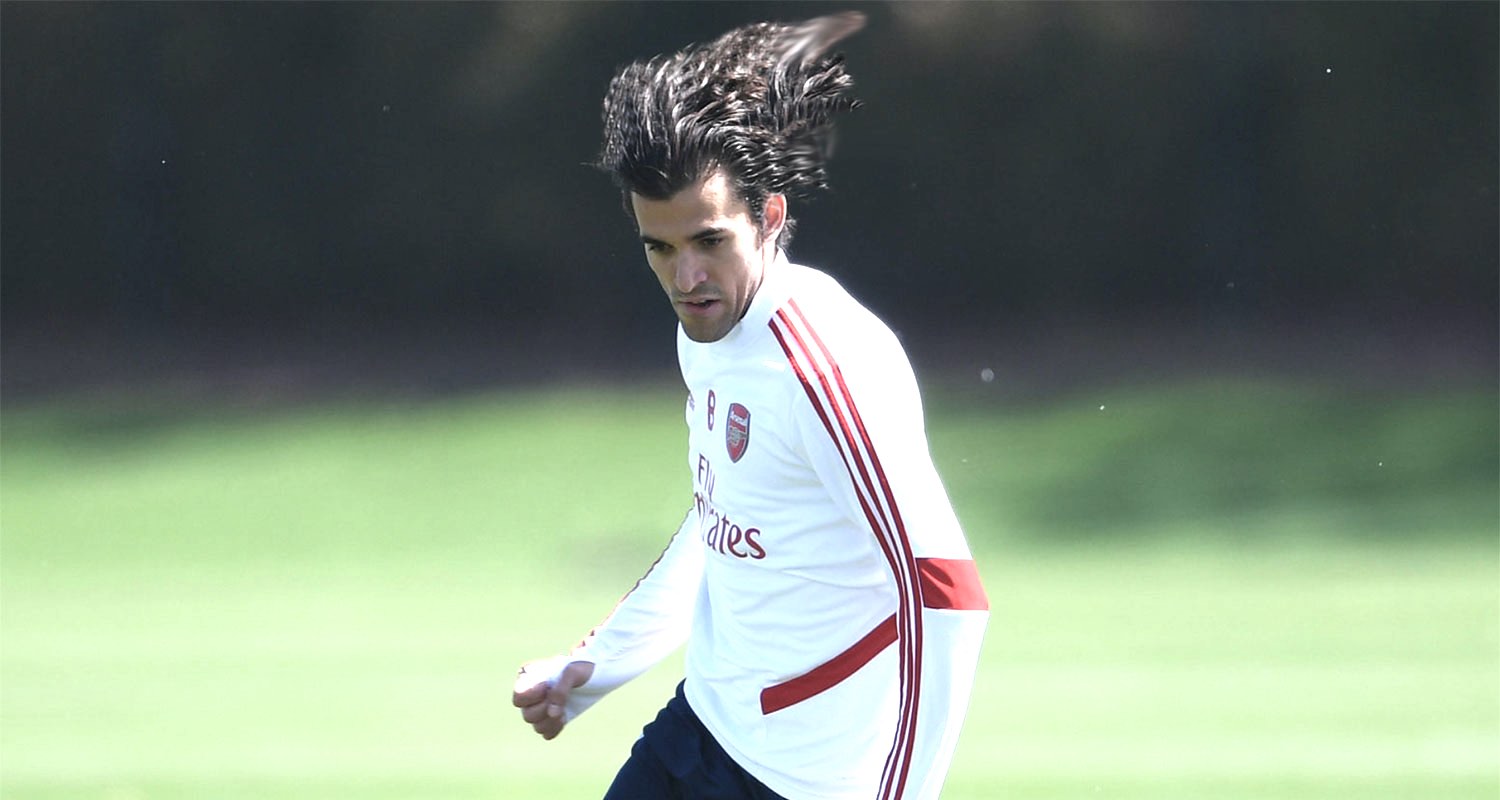 A quick Saturday round-up for you.

We got the first training pictures yesterday and it was nice to see the chaps back out on the pristine pitches of London Colney. They did their socially distant drills, did some smiling for the camera, then got in their cars and went home. It’s fair to say some of them are in desperate need of a visit to the barbers but have obviously respected the guidelines and not sneaked off to one of the underground coiffeurs rumoured to be operating around the Durham area.

Sure, Pablo Mari’s hair looks absolutely perfect, but maybe he’s very good at doing it himself, or he’s got a super talented helper monkey. I did like Dani Ceballos going full mad scientist, and if Aubameyang’s next style isn’t a picture of this current ‘style’ carefully shaved into the side of his head I will be disappointed. Still, barnets aside, the most important thing is that they’re back in training and that’s a nice helping of ‘normality’.

It’s these little things that we’ve missed, like Sokratis trying to decide how slowly he’s going to rip someone’s spine out, that will nourish and comfort us until the football starts again properly. 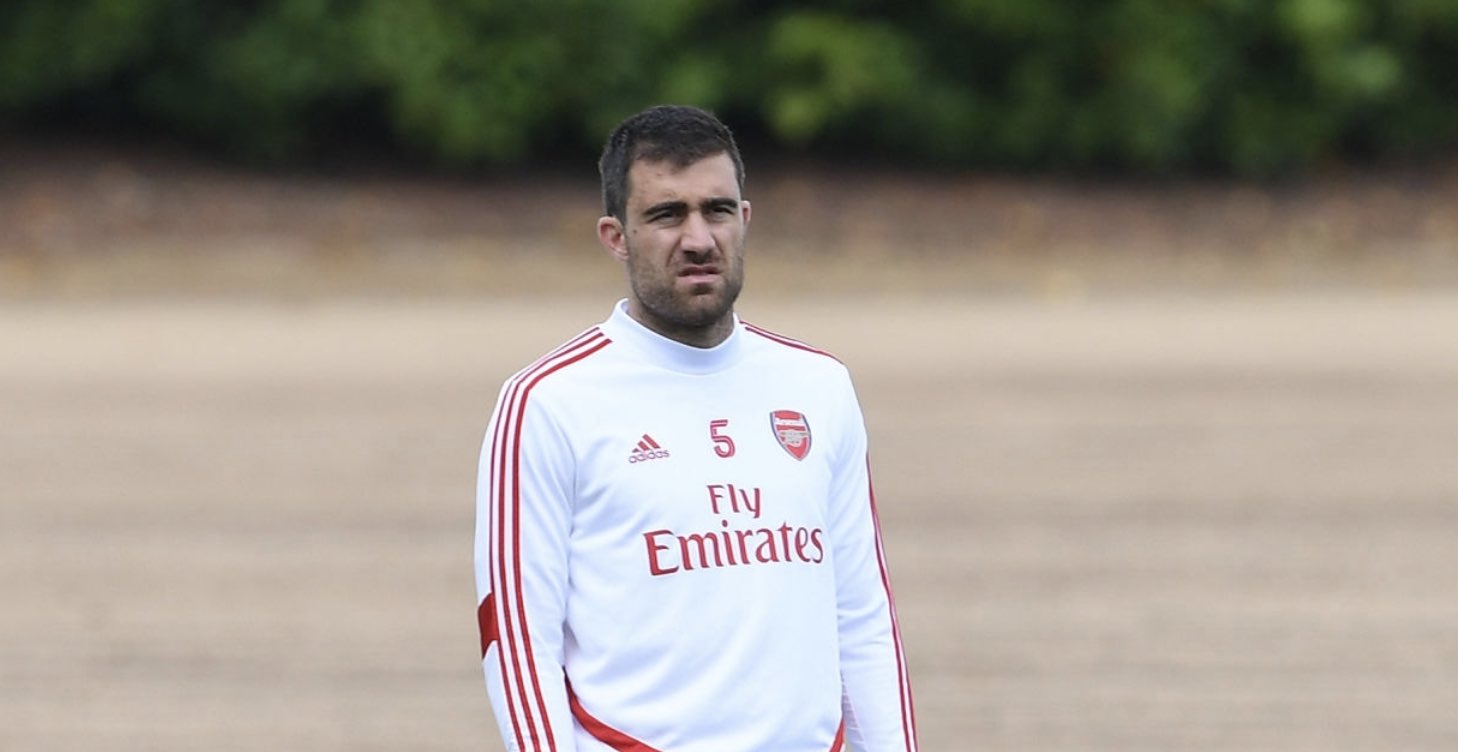 Of course it goes without saying that Mikel Arteta’s hair was perfect. As he drove into the car park, ‘Everything is awesome’ blaring from the car stereo, the people waited with baited breath to see if lockdown had had a negative effect on the Arsenal boss, but of course it hadn’t. Some things, regardless of how hard nature tries, are just meant to be the way they are.

Meanwhile, the club announced the implementation of a scheme to credit/refund tickets for the games that will be played behind closed doors. Arsenal have four Premier League left at the Emirates, plus there are two unused cup credits. The statement says:

Supporters will be entitled to a credit or refund for any match tickets or hospitality they have already purchased for future behind-closed doors matches in the 2019/20 season. Whether as part of a season ticket or for an individual match, supporters will be offered a credit for next season or a refund. This behind-closed doors credit will be in addition to the two unused cup credits already due to general admission season ticket holders.

Quite what it costs the club in terms of a payout remains to be seen. There will be many who will take the credit on their next season ticket, but perhaps the financial impact of the Covid-19 lockdown will see more than expected look for a refund. On that, there will be a process open from June 1st:

We understand that some supporters may wish to receive money rather than credits towards their Season 2020/21 membership renewal. Therefore, we will be enabling our Cashback service; this service will be available from 10am on Monday 1st June and will close at 10am on Wednesday 10th June. Once the service is available you will need to log into the Online Box Office via your Ticket Exchange account to request a withdrawal of available funds.

It will obviously take some time before the full financial impact of this crisis is known, but what’s clear is that we have some challenging months ahead. On top of refunds/credits, the broadcasters are pushing for a refund even if the games are played, and the biggest problem right now is the fact that the money the club expected to generate from renewals won’t be forthcoming. It’s estimated to be in the region of £70m, brought in around this time of year to provide working capital for the summer months.

Arsenal still have to service outgoings each month of around £28m, between wages and other costs, so without that expected influx, we’re looking at dipping into the cash reserves. On a recent Arsecast, Nigel Phillips of the AST suggested that the use of an overdraft/short-term loan facility was inevitable, and while there have been reports of financial support from KSE, it’s believed that it takes the form of guaranteeing payments rather than a kind of cash injection as was reported elsewhere.

We then have to consider the coming months, what football is like without crowds, matchday revenue, whether sponsors will look to renegotiate their deals because they’re clearly not getting what they thought they were going to get, and all the rest. Of course Arsenal won’t be alone in finding this a challenge, but when we think about the future and what we do as a football club, it has to be underpinned by this financial scenario. Particularly when it comes to the transfer market which, I realise, isn’t what people want to hear.

Suffice to say that the idea of Arsenal paying £50m for anyone is absurd beyond belief. You can fight for your right to Partey all you like, but I’d advise people not to have intergalactic expectations about a market that has been sabotaged by the crisis the world finds itself in. Check your head and get it together.

Right, enough from me for today. Have a great Saturday, more tomorrow.