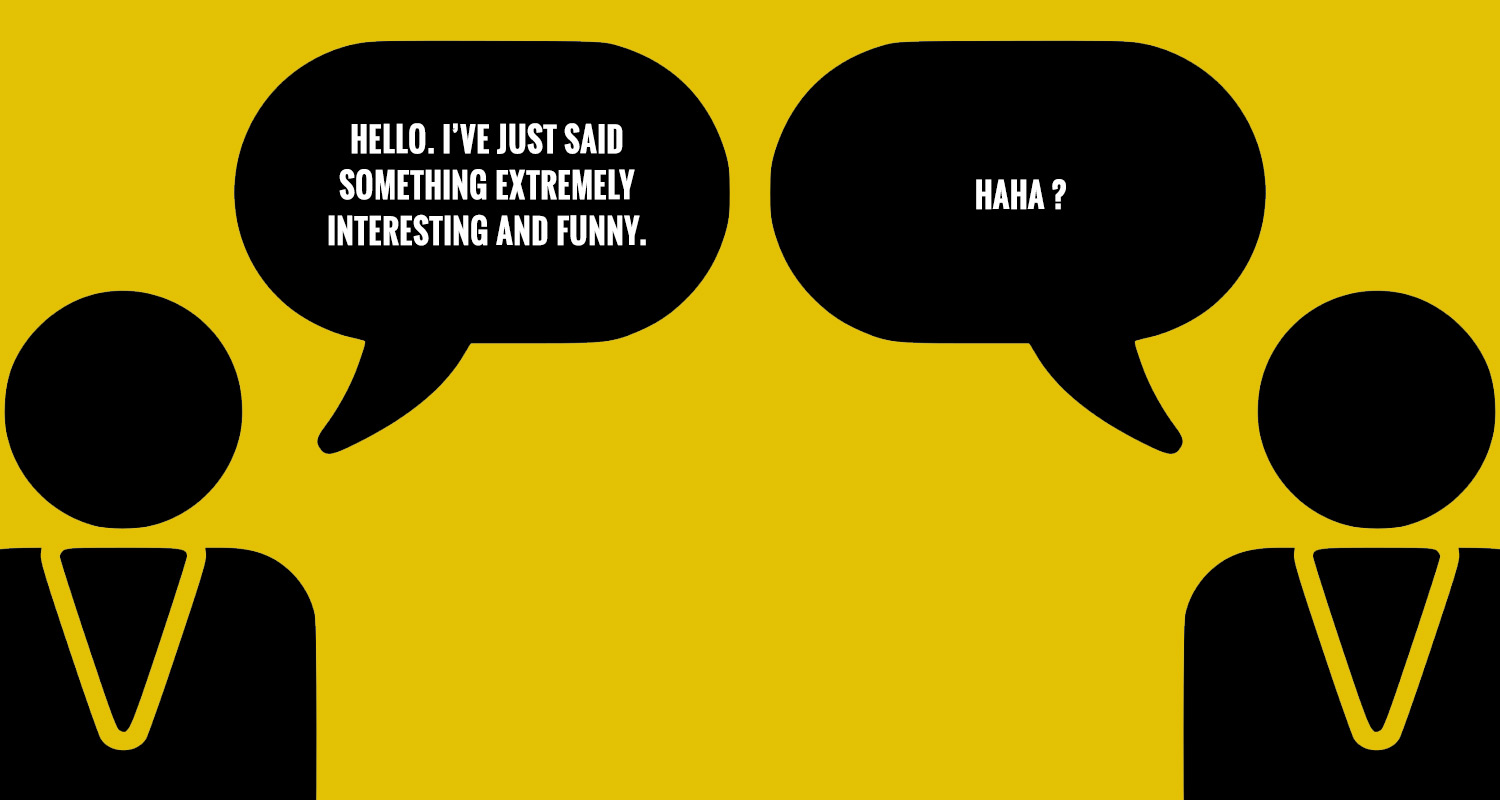 For the first few months of its existence, Arseblog did not have comments. I’m not really sure why. When I set it up it was because I was reading other blogs and thought the format was perfect, and each one of those had comments on every post.

I think the main issue was because the other sites were set up using blogging software, like Blogger or Movable Type. Those came with a comment section built in. Initially, Arseblog was an exercise in web design for me, so I used to manually code a HTML page every day with the update and publish that.

I remember getting an email at some point in 2002 to ask me if I could introduce comments on the blog posts, and after searching around for something I could use, stumbled across something called YACCS. This, if I remember, was pretty straightforward to install – it must have been if I was able to do it!

It meant that at the top or bottom of each article you could have a link which opened up a pop-up window and people could leave their thoughts on what you had written. You could modify bits of it, which is why rather than have it display ’18 COMMENTS’, I thought it would be funnier/better to called them ‘ARSES’. An article with ’18 ARSES’  seemed more appropriate.

I don’t quite recall whether Tom (@arseblog_tom) helped me with it in the first place, but I know he certainly helped when YACCS stopped working. It had been part of another website, one about music or albums if I recall correctly, but after using it for some time and it becoming a part of the first Arseblog community, they either turned it off or it just went kaput.

Update: Google tells me that the site was called ‘Rate your music’ and it’s still running. Wow.

I’m guessing this was some time in 2003 or 2004, and we needed a solution. Tom, being far more technical and, you know, good at Internet stuff than me, wrote the first iteration of the Arseblog Arses. It was the same, a simple pop-up window which displayed the comments in a yellow box on a red background. The newest one would appear at the top, to view new ones you had to manually refresh the page – F5.

This coincided with the growth of the site for a number of reasons. The regularity of the posts first thing in the morning; increased access to better Internet with ADSL; people using the site at work; and more. Pretty soon, the Arses were thriving with people, and the great thing about it was that while Arsenal and football were what brought people to the site, the chat in there often had nothing to do with either of those things. This proved confusing for new people who would drop in expecting to talk Arsenal and instead find themselves in the middle of a discussion about how watermelons would be a great weapon in battle, or something.

On any random day, the collection of regulars would gather and waffle and take advantage of issues with the functionality. Like, if you left a HTML tag open – to make a word or a sentence bold, for example – it’d affect all the Arses below it. Or above it. I can’t remember. But it was a fun community for the most part, and one which required minimal moderation because if someone came in and didn’t abide by the rules – the very simple Terms and Conditions – they’d get told off.

The glory of getting the first Arse – i.e being the first person to comment on each day’s post – became a thing very early. I don’t know why, but while nobody really cares who it is, there was a race each morning. At times when our server set-up wasn’t quite as optimal as it is today, people bashing F5 often had a detrimental effect on the site itself – often causing it to load slowly, if at all.

Tom implemented new things, like auto-refresh so you didn’t have to manually reload the page to see new comments. At the time, this was as if someone had suggested painting a moustache on the Mona Lisa, but people got used to it quickly. Because we didn’t do registration, to avoid impersonation of other people, everyone had their own ‘Arseprint’, a 5 digit code beneath their name unique to them. Today you have to register, but the Arseprints still exist.

Meanwhile, newspaper websites and so on introduced comments of their own, in a way that seems normal now: the comments exist below the article, rather than in a pop-up window. I guess it’s the ease of access that changes the dynamic somewhat. Over on Arseblog News that’s how the comments work, and down the years we’ve had to manage them very carefully. There is now a file with over 1500 phrases, usernames, IP addresses and so on that are excluded – in effect a ban list to ensure the community operates, more or less, to the standards I want.

Then social media happened, and in particular Twitter, which had a massive impact on the Arses. More and more the conversations that used to happen in there happened on Twitter, and the numbers dwindled. Now, on a match day, with all the people chatting in there, we’ll see a lot of activity, but back in the heyday of the Arses, we’d easily hit 1000+ comments on any random day, and if something big happened it’d be twice that at least. I don’t quite recall what the biggest number ever was, but in my mind it’s around 4000, and I think it was around the time of the Champions League final in 2006.

It’s just the way things go, technological developments dilute certain things. Arseblog began as simply a website. You had to go to www.arseblog.com to read it. Then we had an email list (still in operation) to send out the daily blog. Twitter. Facebook. Instagram. YouTube. Mobile apps for iOS and Android – neither of which existed when we began, because there was no such thing as a smartphone. People used to visit on their Blackberries (ask your Dad, kids), and it was like some kind of devilish miracle if you could load a website on your Nokia using WAP.

The Arses still exist, people chat in there every day. The old regulars became different regulars, and different regulars became new regulars but some of the old faces still pop in. The late 2000s, early 2010s were like its heyday though. A chat based Studio 54 or something. Great friendships were forged in that little box, highs and lows, ups and downs – on and off the pitch – shared on a daily basis. That’s still the way of it today, just not quite as many of them.

The comment section of a website says a lot about it. If you allow it to become overrun with trolls or bad behaviour, it’s a reflection on you. Debate and discussion are important, but manners cost nothing. Tempers can fray sometimes, that’s normal, but there’s a real life person behind those words so treat them accordingly.

As much as Arseblog has been part of my life for over 18 years now, so has that little pop-up window which sits near the top left of my screen and the people that spend time there. I’ll publish this article, give people the >>>>> in yesterday’s Arses to tell them there’s a new post, and then open up the new window to see who’s around.

Familiar faces, maybe some new ones, and the chat begins. Then, I’ll do it all again tomorrow, because that’s what happens.

James and I will be recording an Arsecast Extra this morning for you. As ever if you have questions or topics for discussion, send to @gunnerblog and @arseblog on Twitter with the hashtag #arsecastextra – or if you’re on Arseblog Member on Patreon, leave your question in the #arsecast-extra-questions channel on our Discord server.

Sven Mislintat arrival part of a much needed backroom restructuring + the Arses are back!

Update: Comments are back as we work on the arses