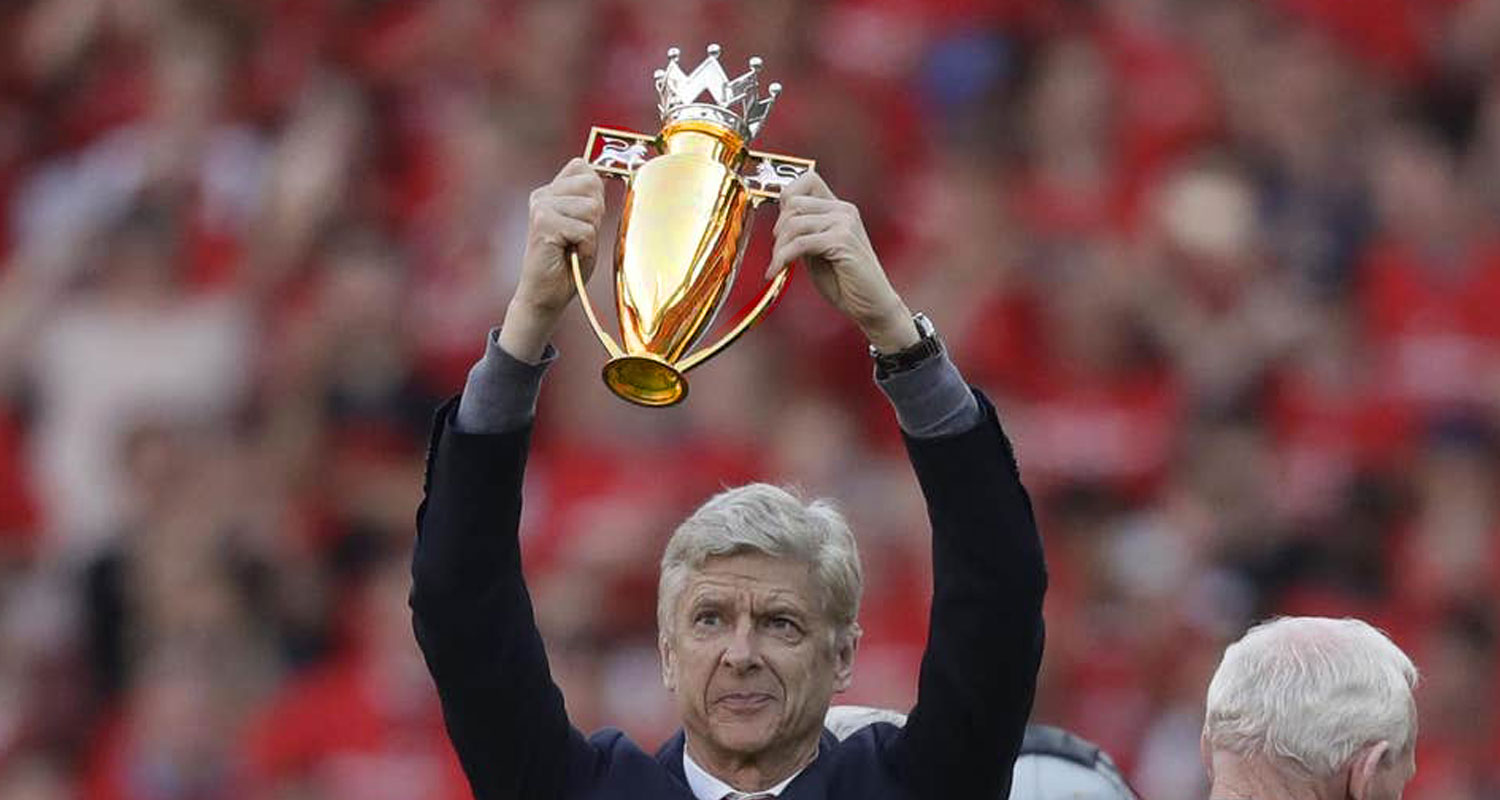 Well, it’s because Watford are a great bunch of lads altogether. I’d buy them all chips and a battered sausage at the end of a night out. Ismaila Sarr – what a chap. Troy Deeney – always loved hi – … nah, I can’t do it, but fair to play him for using his massive frame, the likes of which you rarely see outside a dohyo, to help his team to a 3-0 win over Liverpool. Who could have seen that coming? I mean, we saw evidence of what a great side Watford are when they tore us to pieces earlier in the season in a game which was always about their talent and not in anyway a showcase of how bad we were … no sir …

Anyway, it means that at long last the Mugsmashers have been beaten, Arsenals’ 49 game unbeaten run remains intact, as does the fact that we’re the only team to have gone through a Premier League season without losing a game. I will make absolutely no apologies or justifications for wanting that record to remain ours. Anyone who doesn’t understand that can’t reasonably claim to understand football or fandom.

Nor are straw-man criticisms of Arsenal during 2003-04 relevant. We didn’t win the Champions League? Tell us something we don’t know. That team underachieved in Europe? We know that better than you ever will because we lived it, you just observed it from the outside. We knew the potential and talent these players had, and the lack of European success does hurt, of course. But, if that’s your angle, with all due respect, you can stick it where the sun don’t shine because it has nothing to do with playing 38 games from August to May and not losing a single one.

Am I living the past? Am I so starved of success that I have to cling on to achievements from 16 years ago? Maybe, but frankly I could not give a fish’s tit what anyone thinks about that. By its very nature an historic event has to have happened in the past, it doesn’t mean we can’t celebrate it or remember it. You can also be acutely aware that this current Arsenal team is a long way from winning the title again, but still remember the last time we did with great fondness. I mean, not doing so would be weird.

As for poor old Liverpool, they’ll just have to content themselves with their first league title since 1990, probably winning it by a record margin, and being by far and away the best team in Europe at the same time. I’m sure they’ll be absolutely fine when it comes right down to it, and nobody can say they didn’t deserve it. The football they play is outstanding, the consistency they’ve shown this season and last has been incredible, and having lost out last season I wondered if they’d have it in them to repeat the kind of form that would have won them the league any other year but for Man City’s equally fantastic results.

Fair play to them, they have and it shows incredible fortitude. They’ve walked the league this season. Some might say there’s a lack of genuine competition, but that seems petty to me. When you win as many games as they have, you deserve all the plaudits that have come your way. As a team you can only control what you do, and what they’ve done has been remarkable.

And if this sounds a bit too friendly towards the Mugsmashers, I won’t apologise for that either. I remember well last May when they stopped The Disgusting Thing from happening. Had The Disgusting Thing occurred, I would definitely not be as well disposed towards them as I am, but in my house there’ll always be a warm bed and a cup of Horlicks for Mo Salah and Divock Origi if they’re ever stranded in a Dublin suburb on a dark and stormy night. The rest of them, I’d point them in the direction of the nearest TravelLodge – I might even give them a lift – but those two scored the goals and the prospect of The Disgusting Thing which had hung over us for weeks was vanquished.

When I think back to last season, that was the game of football I enjoyed the most. Yes, it tells you plenty about what we were doing, or not doing, but it is what it is. There will always be a soft spot in my heart for Liverpool for their service to Arsenal fans that day. So, I don’t begrudge them their imminent league title one bit. May they enjoy the absolute shite out of it. Frolicking through fields and making merry; making maternity hospitals unusually busy next spring with a census-busting number of babies called Mo, Bobby, Saido, Virgil, and Klopperina; and lifting the Premier League trophy.

There’s only one gold one though, and it’s ours.

Shameless plug time: If you want to read about the season in which we didn’t lose a game and everyone else did and every team since then for the last 15 years has, you can pick up our book ‘Together: The Story of Arsenal’s Unbeaten Season‘ on Amazon for less than £2. It’s also on Apple Books and Google Play for around the same price. If haven’t read it already, there’s your Sunday sorted.

Mikel Arteta met the press yesterday ahead of Monday’s game against Portsmouth in the FA Cup. All the stories are over on Arseblog News, and we’ll preview the game here on the blog tomorrow.

The search to fill a dreamy gap