Home Arseblog, the arsenal blog Arteta gives the players homework, as the public show thanks to health... 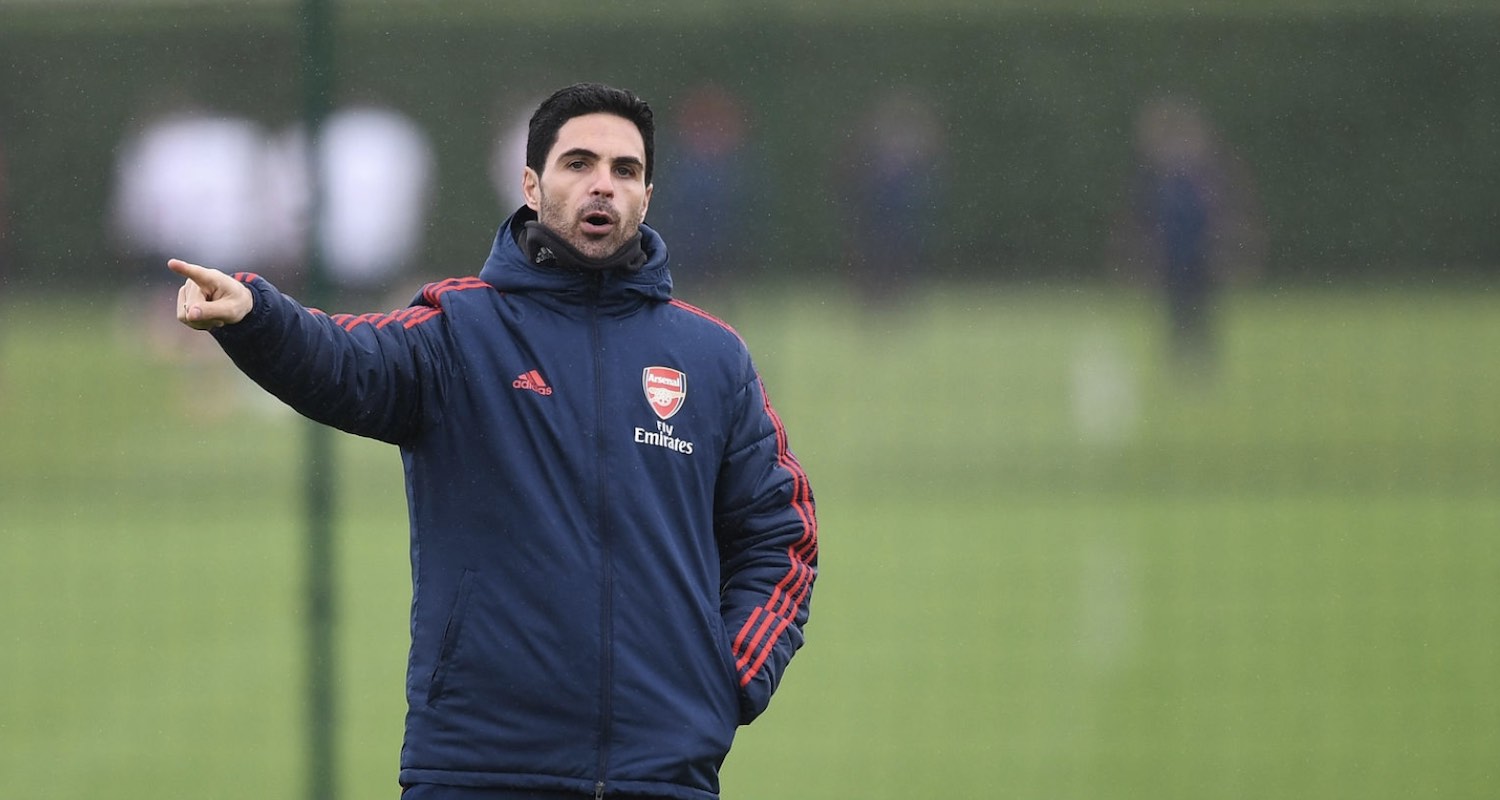 How do you work from home if you’re a footballer?

For many people out there the work environment is very specialised, and it’s hard to replicate anywhere else. I realise that football is a trivial thing at the moment, but it must be true that physical fitness is harder to maintain away from the training ground. When you consider the facilities there, and what’s available to them in terms of support staff, physios etc, a home gym and a treadmill isn’t quite the same.

It’s still very unclear as and when football will begin again. This season could end up being completed much later this year, if it’s ever completed at all, and right now it’s inherently risky for players to even train together. We talk about match fitness as an important thing, and time off during the summer has always been something they have to deal with, but I can’t think of anything in recent memory which has shut down both matches and training.

Time will tell what the impact of that will be on players in general, but at Arsenal they have a manager who is determined to keep them as close to their required level as possible, physically and mentally. In an interview with the official site, he spoke about their health and individual fitness programmes, as well as the need to keep them mentally sharp:

There is the psychological support that they need, which we are giving them, and as well I’m giving them a lot of homework to do because I’ve been reviewing everything that we’ve been doing since I joined. There are things we have to maintain doing, improve and develop, and individually they are really enjoying the challenge. We might get a few coaches after this virus, or at least a few players that are willing to go down that path because I think they are really enjoying the process.

It’s a funny idea, players sitting down to do ‘homework’ as delivered by the club, and I’m kinda curious as to what exactly that means. I’m guessing these are football related tasks, perhaps exercises from the courses to get your coaching badges, but that they have considered the psychological aspects of this ‘isolation’ is certainly interesting.

Players are very lucky in that they don’t really need to stress too much about the financial impact of what’s going on. I know their lifestyles mean they have plenty to maintain, but it’s not like someone on a zero-hour contract wondering where the money for their rent or shopping is going to come from. They are, all things considered, pretty comfortable – which doesn’t make them immune from anything medical, as Arteta showed – but does mean they can dedicate time and effort to other things.

I also like the idea of Arteta has a kind of remote headmaster, trying to teach a class via Zoom or something:

“Who threw that? Guendouzi, 100 trillion lines. I must not say ‘Lacazette-aaaah’ during class.”

You’d have to give someone that many lines because you could just copy and paste, but I suspect 100 trillion would take a fair chunk of time.

I suppose it’s an unexpected way for the manager to see aspects of his players characters that he might not have before. How useful it will be in the end remains to be seen, but there’s generally been an obvious distinction between home life and work. You can train hard, play well, be professional, but never before has there been a time when what you do at home is so important, and those insights might be useful down the line.

We can open conversations in a different way and I think that over a worldwide situation it’s affecting them and it’s making them feel more human and vulnerable as well. They can feel relaxed talking about anything that we have to do. So I’m taking that opportunity as well to share different conversations with them that in my opinion have been really useful.

Arteta also spoke about his own experience of Covid-19:

It’s true I started having some symptoms when we got the phone call from the club to let us know that we might be exposed to the virus because of the owner of Olympiacos and in that moment… I don’t know, I felt something within me, that I had it.

I had three or four days which were a little bit difficult, with a bit of a temperature and a dry cough, and some discomfort in my chest. That was it. The difficulty is that I have people at home, three kids as well and I was worried. My missus has been through it and my nanny’s been through it. Thank God, the kids never got it. We are all completely fine now.

It’s good to hear everyone in the Arteta household is feeling better. I wonder too if he hadn’t been diagnosed when he was, if football might have continued for another weekend of games. That was certainly the plan from the Premier League, and while it might seem a small thing now, imagine the crowds, the potential number of people who might have infected others … when you look at the numbers and the deaths already, it doesn’t bear thinking about really.

Here in Ireland, like in the UK, people applauded health care workers last night at 8pm. They deserve it. It might be a small gesture, one which makes no impact in the grand scheme of things, but that show of solidarity from the people is worth something. We should tell them we appreciate the work they do, especially at this trying and dangerous time for them and us.

Frankly, they deserve that round of applause every night of the week whether there’s a pandemic or not. They work in extremely challenging conditions, with issues of over-crowding, lack of equipment, lack of support, and they look after all of us at our most vulnerable when we really need it. Having had some experience of it recently, it’s hard to put into words how amazing the work they do is.

It’s just a shame that it has taken something like this to hammer home how much they do for us. And also demonstrated that if they really wanted to, governments could find the money to properly fund health services for the benefit of the people who work there which, ultimately, would benefit us all.

So, I’m on board with the man and woman on the street, out their window, from their balconies or back gardens or front steps, taking just a couple of moments to show love and support for the incredible work they’re doing right now. But spare me the mealy-mouthed tributes from politicians who have viewed them as an after-thought for so long. They and their policies are why they’re struggling to cope – and by extension it tells you what they think of you and me and our friends and families should we fall ill.

Lots of jobs people viewed as secondary, have all of a sudden been given greater perspective. The inherent snobbery of viewing people as ‘unskilled workers’ has been well and truly shown up. Oh, now you need your supermarket cashiers now, do you?

Big love to everyone working in on the front lines of this thing, from doctors to nurses, to delivery men and shelf-stackers, porters, catering staff, cleaning staff, community workers and carers … there are just too many to mention but they are keeping things as normal for the rest of us as they possibly can. They’re not getting bonuses, danger money or anything else. They’re just doing their jobs and they deserve our endless thanks for it.

When all this is over, let’s not forget that. Let’s not forget the politicians either, their policies, their cruelty, their lies and their upkeep of this facade that there’s no way for things to be different. We can all see very clearly now there’s another way, a better way, and they should be held to account for that.

Right, time for a podcast, and in this new Arsecast I’m joined by author Jon Spurling to look back at Arsenal reaching the FA Cup final in three successive seasons from 1978 – 1980. There was also a European final to contend with too. In typical Arsenal style it didn’t work out as well as we’d like, but it’s a nice trip down memory lane. Listen/subscribe below.

As Mikel Arteta tests positive for Coronavirus, it’s time for football to stop