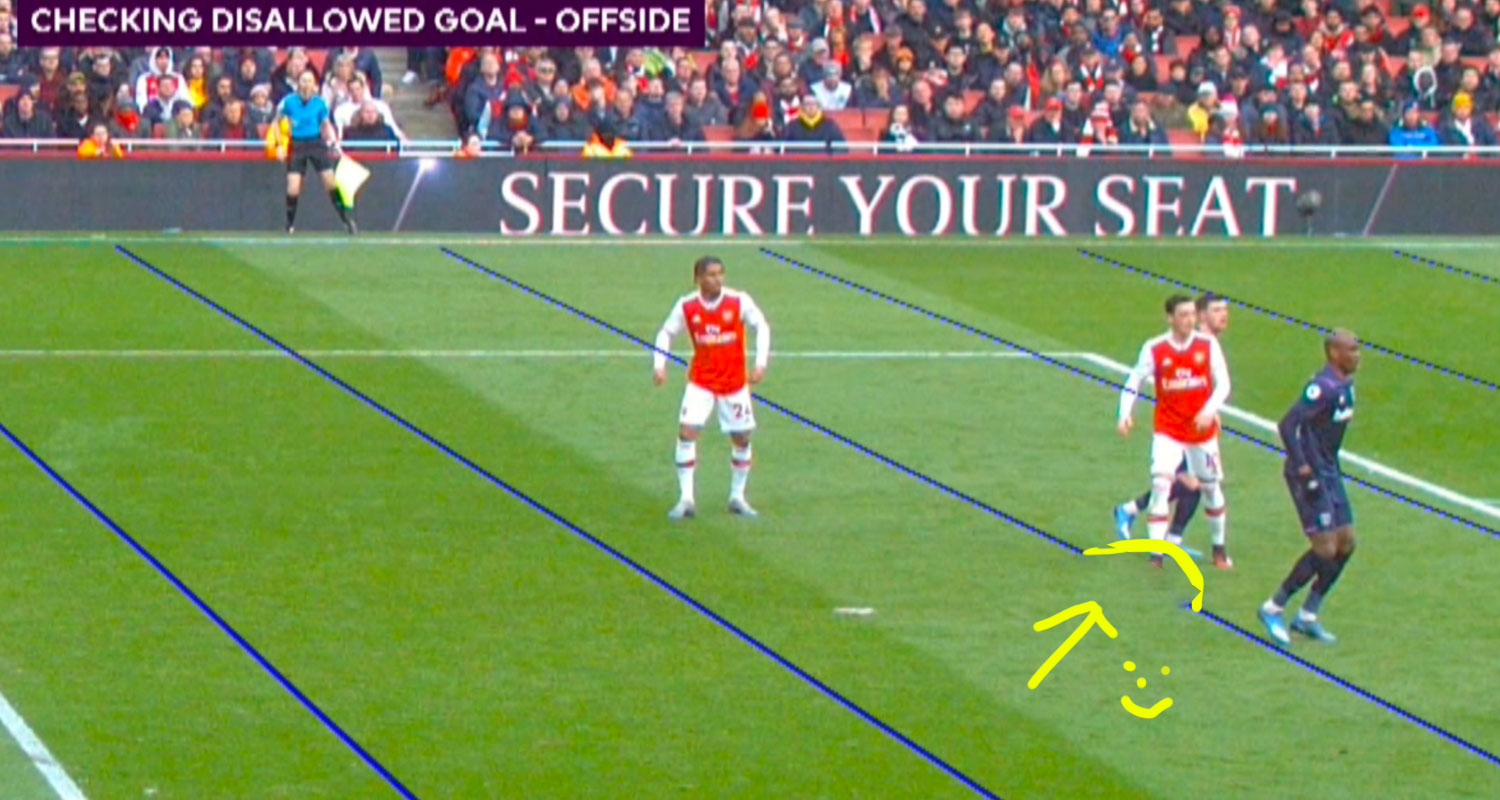 Was it pretty? No. Was it an especially good performance? No. Were we a bit lucky? Perhaps. Did we win? Yes, yes we did.

I thought it was interesting afterwards to hear Mikel Arteta talk about luck in the context of this game. He said:

I don’t believe a lot in fortune. We had the moments of luck that we needed but as well it was because we had some really good individual performances at the back. Sometimes to clear the ball, sometimes to make a save.

The idea that if your goalkeeper makes good saves you put it down to luck is kinda interesting. It demonstrates the quality of your keeper, but it also suggests there’s something missing from your defence. Yesterday, we had Bernd Leno to thank for some good saves – one as early as the second minute when they hit the post, and a superb one late in the game to deny Antonio to keep the score 0-0. He’s had a couple of iffy moments of late, but he was instrumental yesterday.

There was also that big moment in the first half when West Ham found themselves two against one, it just required an easy pass for a tap-in, but the two players involved weren’t on the same wavelength at all. Right there, we got very lucky, because our defence had been opened up in uncharacteristic fashion under Arteta, and two professionals messed up a situation most of us could manage in a hungover 5-a-side game.

We had a lot of the ball, but didn’t do a great deal with it. The thing that clicked for us in the second half against Newcastle a few weeks ago hasn’t really worked since. The team itself was pretty much as expected – the only curve ball was Sokratis at right-back ahead of Bellerin. Maybe a little niggle for Hector, I doubt he was being saved specifically for City on Wednesday when three points were so important here. The Greek came closest to scoring for us in the first half with a thumping header that had just a bit too much thump and hit the top of the bar.

It also left Pepe without much help in terms of anyone overlapping him. His natural tendency to cut inside on his left foot, with Mesut Ozil out there with him, meant we were very narrow and never really used the width on the right hand side. I know we’re a team that attacks a lot down the left, but there’s a big area of the pitch we don’t use anywhere near enough and it’s surely something that Arteta has to be thinking about.

Nketiah started again but starved of service bar one moment when Saka burst to life he was quiet, and replaced by Lacazette around the hour mark. I thought the Frenchman should have had a penalty when he was being hauled about by the neck, but despite a VAR check nothing was given. Which made it funny when VAR overturned an offside flag and gave us the goal.

Saka was involved, Aubameyang’s shot looped up into the air, Ozil was clearly onside and he nodded it to the striker who finished from close range. Joy turned to deflation as the flag went up but – 16 minutes later after VAR had done as much as humanly and technologically possible to rule it because one of Ozil was 1/1000000000th of a pube offside – that turned back to elation as the goal was given. Yes, it worked in our favour this time, but VAR still a soulless mess of a thing that should be fired into the sun.

There was a bit of final-10-minute pressure from West Ham but we stood firm enough at the back to make it three successive wins in the Premier League – the first time we’ve done that this season, and the first time we’ve done it since February 2019. It was a day in which the result was far better than the performance, and many have asked what makes this much different from when we were winning games under Unai Emery but bemoaning the underlying performances.

It’s a fair question. For me there are a couple of things. First is the context. Emery was a coach who had pre-seasons, transfer budgets, players brought in that he wanted and time to work with them. Arteta, in his first managerial job, is picking up the pieces of the mess another manager left behind having taken over at the most difficult, hectic time of the season. The other is the attitude he has to the result:

I’m really happy with the result because big teams find a way. When they don’t have the best day – which is obvious that it wasn’t our best day in terms of performance – they find a way to win it and you can build from there and learn and take the positives and the negatives in a much better way.

‘Big teams find a way’. I can’t explain fully how much I like that, but he is reinforcing a message to the players and the fans that says ‘Even though we’re not where we want to be right now, this is still The Arsenal’. For me it’s in marked contrast to the things Emery would say and do which demonstrated a kind of inferiority complex. He never fully understood the concept of Arsenal as a big club – quite how I’m not sure – but it was evident in his approach and how he talked about his team.

Clearly there’s a long, long way to go under Arteta, and there’s a lot of work still to do, but behaving and believing that we’re the kind of club he wants us to be again is important. If you create that mindset, you set the right standards. Those that live up to them can come on the journey, those that don’t will find themselves elsewhere.

A few small notes to finish.

Mesut Ozil – like most he had a difficult day, but we called on some end-product from him and he gave us a match-winning assist. Similarly, Lacazette has a winning goal under his belt, and if it helps him regain some form/confidence between now and the end of the season, that’s good.

Pablo Mari – there’s more than a touch of Mertesacker off him in the way he moves and plays. I know English football is not necessarily a whole new thing for him as he had time at Man City, but I suspect the pace of the game is something he’ll have to get used to. That early moment when he was bypassed having earlier been bumped off the ball by an opponent will hopefully teach him a bit about the physicality and speed of the Premier League. It’ll be interesting to see how he adapts.

So, overall a good day in terms of the result which, of course, is the bottom line, but to get anything from City on Wednesday we’re going to have to be more solid because they won’t spurn the opportunities we gave West Ham yesterday. All the same, we’re now just 5 points off 4th and 3 from 5th which potentially gives you Champions League football. The Olympiacos defeat last week was painful, but this season is far from over.

Have a great Sunday, back tomorrow with more and an Arsecast Extra. Until then.