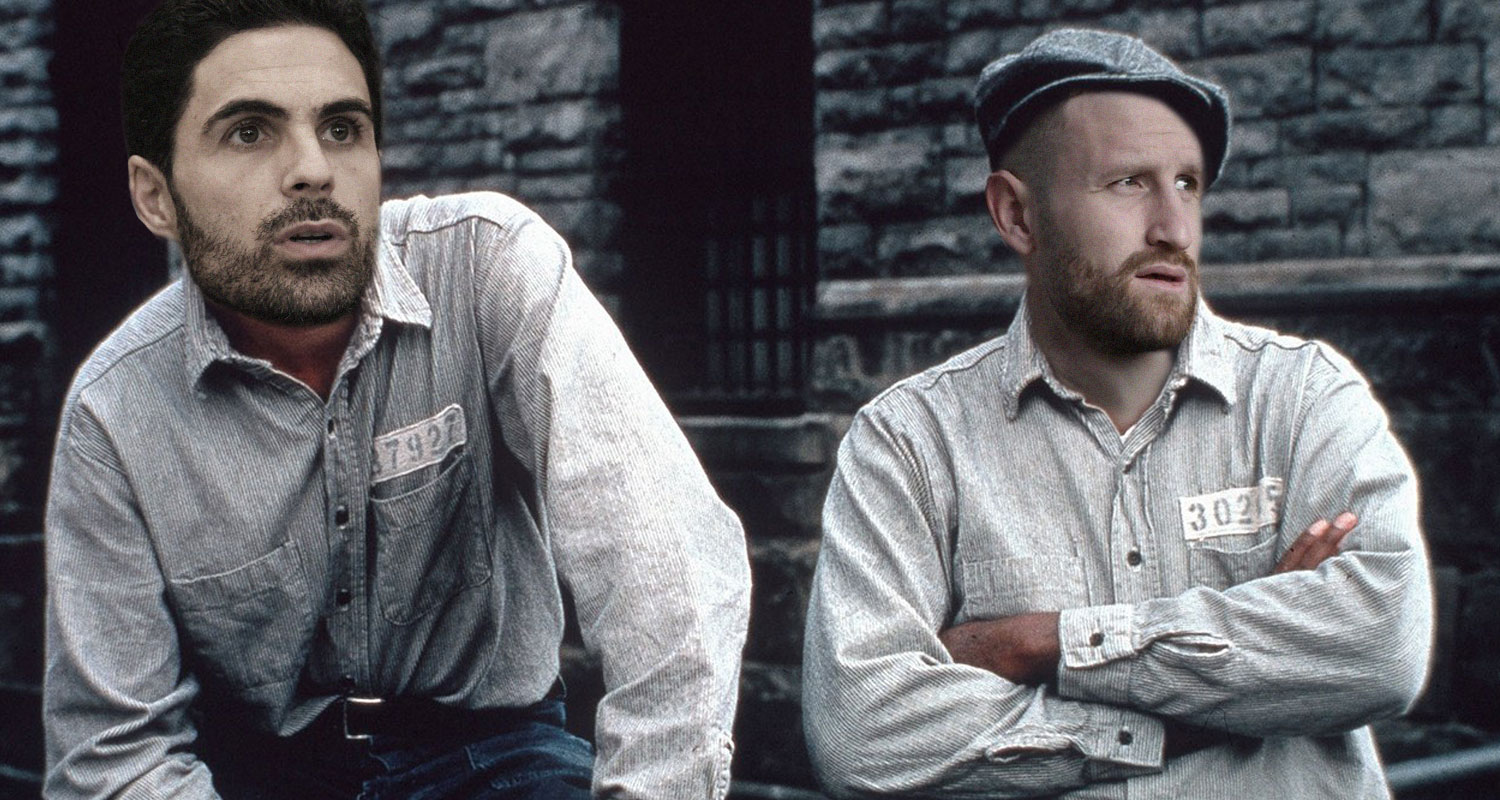 Morning all, a very quick Saturday round-up for you as I’m aching from football last night and a bit crotchety after a bad night’s sleep.

Arsenal will be preparing today to face Everton tomorrow in a game which will prove quite testing I’m sure. We played on Thursday night, they’ve had two weeks off and a lovely winter break when Carlo Ancelotti took his team to Bridlington for some freezing cold weather training to toughen them up. In truth, I don’t know where they went – if anywhere – but they will have fresher legs than us. That’s the challenge, and can chat more about that in tomorrow’s preview.

Shokdran Mustafi has been the latest to jump on board the ‘Mikel Arteta is great’ train. He says the simplicity of his instructions have been a big help to the team:

These days football is so quick and complicated because there are a lot of systems out there, a lot of stuff you have to think about, but you start to forget about the easy things. He is putting this in the team … simple things, but simple things you have to remember. I think we still need to work on it a lot as sometimes we complicate our lives too much, but I think he has had a very good impact.

I think we can all see that, and you can also understand why he’d be particularly keen to heap praise on the new boss. He’s been brought back in from the cold, and the Mustafi redemption arc is a story not too many expected. He was told in no uncertain terms last summer that he should find himself a new club. Unai Emery did it publicly more than once, in hindsight an unusual strategy for an Arsenal manager, and I’m not sure it does much to generate interest in a player when you make it so very clear you want him gone.

Now, the reasons we wanted to sell him were obvious. He’d made a succession of high profile mistakes, the bizarre moment where he let Wilfried Zaha get ahead of him to score against Crystal Palace then blamed Bernd Leno was probably the final straw for many. Those whose final straws hadn’t broken the back of the Mustafi camel before that, at least (there’s some mixed metaphors for you!).

When you look back on the way the team defended in the past, and the way Arteta has fashioned a more organised, defensively solid team with basically the same players, you do have to ask questions about the way they were coached before. Mustafi has responded really well to being given another chance, and regardless of what your opinion of him as a player is, it should be something that is seen as a positive because when players play well, the team has a better chance of winning – and that’s something we should all get behind.

Alexandre Lacazette has had plenty of criticism in recent times, but even his staunchest critics will have celebrated the goal against Olympiacos because it won us the game. On his time out in the cold, Mustafi said:

it has been difficult, but you always get the opportunities and a team has more than 20 players for a reason. The main thing for me was to be professional because as long as you stay professional, you have no fault for anything. Stay professional, wait until you get your next opportunity and then obviously you have to take it.

On that, I can only give him credit because that’s absolutely the way it should be for any professional (but isn’t always), and I can imagine that it was very difficult. As ever, I’m sure there was a more unsavoury element to his online interactions than there should be. We don’t need to open up the issue of valid criticism versus direct abuse – but there’s got to space for the former, and there’s no justification for the latter.

Here’s the thing though. It didn’t happen in a vacuum. There was criticism because he played badly. There was criticism because he didn’t seem to learn from the mistakes he made. He was told he was surplus to requirements because the team was suffering from having him in it. He wasn’t the only issue, far from it as we’ve seen with the changes of late, but he didn’t perform consistently to the level required, and the calamitous moments occurred with unsustainable frequency.

Even recently his casual back-pass led to David Luiz being sent off against Chelsea. Mikel Arteta praised his reaction to that, but there’s no question that the brilliant goal from Gabriel Martinelli and Hector Bellerin’s late equaliser were a kind of get of jail free card for Mustafi. Since then, I think he’s played really well, he looks more confident, he’s staying on his feet (hallelujah!), and contributed to some good team performances. He seems to have earned the trust of Mikel Arteta and is responding to the new manager’s desire to give everyone a clean slate.

Fair play to him, and I hope he continues to play well between now and end of the season … at which point he’d still be pretty close to the top of my list of players to sell. Maybe it sounds harsh, but I don’t think so. It’s a point of view based on three and a half years of him in an Arsenal shirt, not the last few weeks. Again, let me stress that him performing consistently for us is something I’d be delighted to see because I want to see all our players do well for the good of the team. Also, if he does, we have a more attractive asset to sell and one we might get a higher price for than if he’d been sitting rotting and not playing at all.

It’s great that Arteta is getting more out of him than previous managers did, but I’ve seen this movie before. I can’t help but remain cautious about when the next mistake might happen. I hope it doesn’t, but history suggests it will, which is why I can hold this seemingly contrary opinion of being happy that Mustafi is playing well, but still think he and we should go in different directions in the summer.

If he leaves a happier man, with a better relationship with the fans, and able to find a better club to move to on the back of good performances, and we get a bigger transfer fee because of that, it seems to me like that would be a happy ending for all concerned.

And who doesn’t love a happy ending?

Right, that’s your lot. I’ll leave you with yesterday’s Arsecast for some listening goodness this morning. Have a good one, more from me tomorrow.