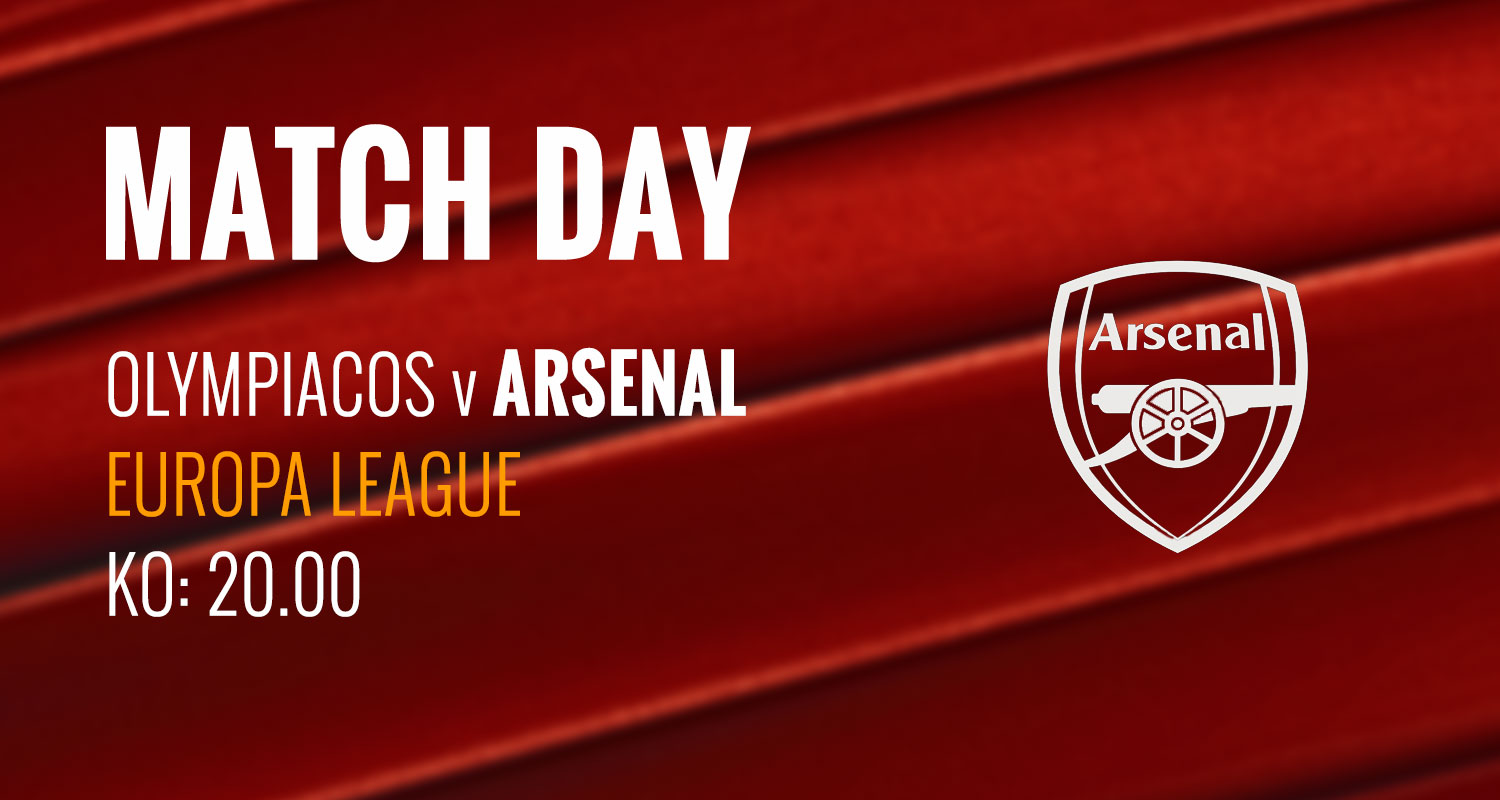 Mikel Arteta takes charge of his first European fixture this evening as Arsenal are in Greece to face Olympiacos.

It’s a tough way to kick off the knock-out stages of the Europa League. Tonight’s opposition sit top of the Greek Super League, and haven’t lost since November when they were beaten 4-2 by Sp*rs in the Champions League. Like us, they come into this one on the back of a 4-0 win, so by any reasonable standards this is going to be a tricky game this evening.

The team news for us is that Lucas Torreira misses out due to illness. They suggested that if he felt markedly better he might travel there today and join up with the squad, but I can’t imagine that’s very likely. Mesut Ozil is also absent for ‘personal reasons’, his wife is due to give birth to their first child. Matteo Guendouzi returns to the squad having been disciplined for the Newcastle game, and hopefully he’s learned the lesson that Arteta was hoping to impart upon him.

With Everton on Sunday, it does feel as if there should be some rotation, but the manager is keen to produce consistency and momentum after the weekend’s victory, so it’s a tricky one for him to find the balance. He says:

We’ve had a break of 15 days and we’ve played just one game. So tomorrow I’m going to put out a team that I think is the best to play. Then the rest of the games will take care of themselves. You cannot control that sometimes you are thinking about resting somebody and in training he gets a little issue or he gets sick. So tomorrow we are going to put out the team that we think is the best to play Olympiacos and the rest of the teams and games will follow.

I touched on the Bellerin thing yesterday, so we’ll have to wait and see what he does there. Sokratis has to be in contention, back in his homeland with something to prove, and it wouldn’t surprise me if we saw Sead Kolasinac at left-back ahead of Bukayo Saka. The youngster has been superb, no question, but for a European away game I suspect the addition of some experience might be the way to go – and it keeps the 18 year old fresh for Sunday too.

It seems obvious that he’ll start Xhaka, probably with Guendouzi and fitness permitting Ceballos could slot into something akin to the Ozil role. If not quite the classic number 10, a roaming 8 ahead playing slightly ahead of the other two. I also think Alexandre Lacazette’s goal will see him return to the starting line-up, and the obvious choices to flank him are Pierre-Emerick Aubameyang and Nicolas Pepe. However, I have a little feeling that this is the kind of game where Gabriel Martinelli might prove useful, so if he were to come in I wouldn’t be surprised.

For all his talk of picking a team for this game and then worrying about what to do against Everton, it’s clear that Sunday’s game is something the manager is already thinking about. Rather than leave Greece straight after the game, the team will stay overnight and return to London the next day. Arteta explains:

It’s a long flight, with two hours difference as well. We’re going to play at 10pm local time and after that, if we had to take a flight, we would arrive to London really, really late.

Apart from that, I believe that the first window – the first hour to hour and a half – is really important for the players to eat with the quality of nutrients that we need.

So, if that much attention to detail has gone into our travel plans, then you can be sure he’ll be thinking about the best way to get a result tonight, while keeping his squad as fresh as possible. Remember, Everton come into Sunday’s game off the back of their two week Winterlull, so we’re at something of a physical disadvantage when it comes to heavy-legs/fatigue. It seems inevitable that we’ll have to shuffle things around a bit tonight, but quite what he does remains to be seen.

I’m not sure whether playing away first is an advantage or not, but if we can produce something like the second half against Newcastle, coupled with the more secure defensive performances we’ve seen under Arteta, then we could put ourselves in a decent position for the second leg. However, this is no walk in the park, and it’s bound to be a noisy atmosphere and a difficult game. The Europa League can often be a bit underwhelming, but the knock-out rounds are a bit different. We’ve had some good nights in the last couple of seasons, getting good results against some good teams, maybe tonight can be another one of those.

Arteta has called on his players to show courage and not to hide if things don’t go as well as planned. It really does feel like he’s challenging them, which is great. He has a squad to build this summer, and he needs to know who he can count on and who he can’t. Let’s hope they respond positively this evening.

As ever, we’ll have live blog coverage of the game for you, with goal clips and chat, so check back here later for a post with all the info – or bookmark our default live blog page. Post-game fun (hopefully) on Arseblog News.