Home Arseblog, the arsenal blog Dubai: A chance to make things right from an attacking point of... 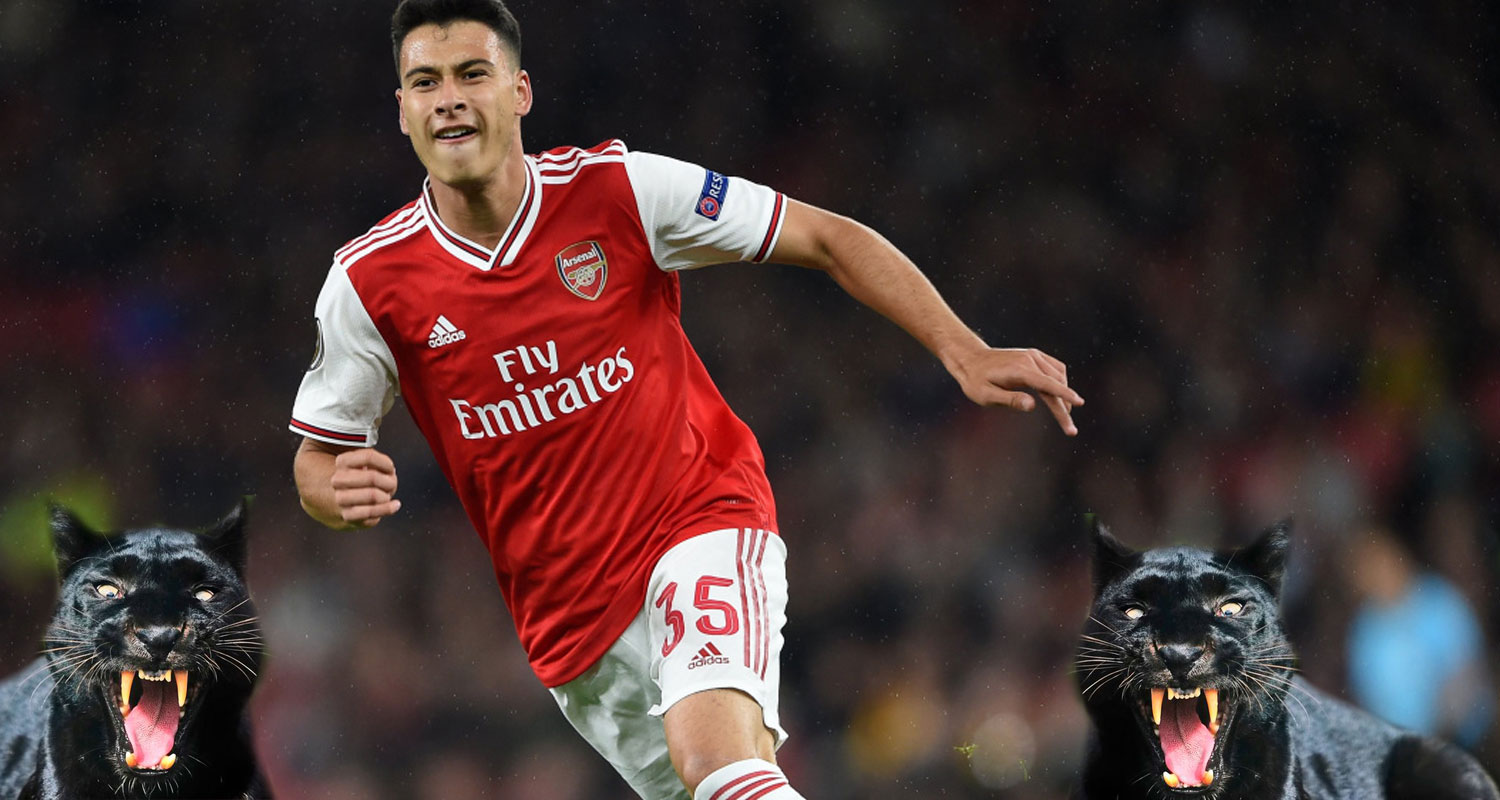 Morning all. It’s Friday, it’s the Winterlull – and the Arsenal players are getting down to some hard work in Dubai having had a couple of days off. I saw a picture of Nicolas Pepe holding a baby lion. I think this could be a very clever tactical shift from Mikel Arteta.

What a way to put the fear into opposition defenders. Not only do you have Pepe running at them from one side, but at any moment he could throw a lion cub at your face, while on the other wing Gabriel Martinelli will display his talent and potential, flanked at all times by a pair of teenage panthers. The days of the old, grizzled full-back who would kick anything are long gone, but even the likes of Julian Dicks, Stuart Pearce and Francis Benali would think twice if their attempted knee-high destruction of a flashy winger might result in a big cat eviscerating their private parts.

I don’t suppose we’ll know exactly what Arteta will be doing with the players during this period away. It does allow him to work on things he might not ordinarily be able to within the schedule of a match every three or four days. Whether those are tactical tweaks, formations he might want to shift to mid-game, how to react to certain circumstances (going down to ten men, or the opposition going down to ten men), I suspect those are things that will remain guarded, the sanctity of the training pitch respected (apart from the bits we get to see because they’re #content).

Having taken over on December 26th at the busiest and most hectic time of the season, the new manager will barely have had time to think. He came into a club in a mess, he’s stabilised things to a fair extent, and I imagine the nine games he’s been in charge for have come and gone in a flash. In that short space of time, we’ve won three, lost one and drawn five.

Now, he’s got some time to work with the players, and he’s got some time to really think about his squad, and what he can do with it over the next couple of months. Nine games isn’t a particularly long period of time, but it’s plenty for him to make some assessments about individuals and what they can bring to the team. Not final judgements, but you can get to know personalities on and off the pitch, and that has a significant impact on team selection and how a manager makes his decisions.

As Tim writes in his column this week, the next step for Arteta is to get this team scoring more goals, becoming more an attacking threat. 11 goals in 9 games isn’t quite what we expect from Arsenal in general, but from a team with the likes of Pierre-Emerick Aubameyang, Alexandre Lacazette, Nicolas Pepe, Gabriel Martinelli and Mesut Ozil nominally pulling the creative strings, it’s certainly not living up the perceived standards of these particular individuals.

If we come back from Dubai and start scoring more goals, perhaps that will be evidence that the work we did on this training camp has come to fruition. It might simply be a case that we’ve clicked at last, but it feels like there’s a bit more required than just throwing them out game after game until it comes right. There’s an issue of balance, particularly on the right hand side where we could offer more threat, and I would be very surprised if that wasn’t something Arteta was working on this week.

He has tried Reiss Nelson out there, Pepe has played there, Martinelli was played from the right against Burnley, it just hasn’t worked as well as our left-hand side. Interestingly, when you look at the goals we’ve scored, there’s a reasonable balance between goals scored from the left, centre, and right, but it does lean towards the left as our most creative area of the pitch. In itself, there’s nothing particularly wrong with that. Think of that left-hand side with Ashley Cole, Robert Pires and Thierry Henry from which we scored so often, but adding more from the opposite side would make us a little more dangerous and a bit more difficult to defend, so let’s see how we set up next weekend against Newcastle.

Beyond that, not a great deal going on, so I’ll leave you with a brand new Arsecast in which I chat to Philippe Auclair about Nicolas Pepe and his struggles to impose himself on Arsenal, Alexandre Lacazette’s poor form, Arsenal’s worrying finances, recruitment and the prospect of no European football next season. Plus, Tim Stillman speaks to Arsenal midfielder Jordan Nobbs ahead of the North London derby this weekend, as well her recovery from an ACL injury – an injury which has plagued the club in recent times as the likes of Hector Bellerin, Rob Holding, Danielle Carter and most recently Calum Chambers can testify.

All the links you need to listen/subscribe are below. Enjoy the podcast, more from me tomorrow and you’ll find any breaking stories over on Arseblog News. Have a good one.