Home Arseblog, the arsenal blog Can Arteta get more from Pepe and Guendouzi after the Winterlull? 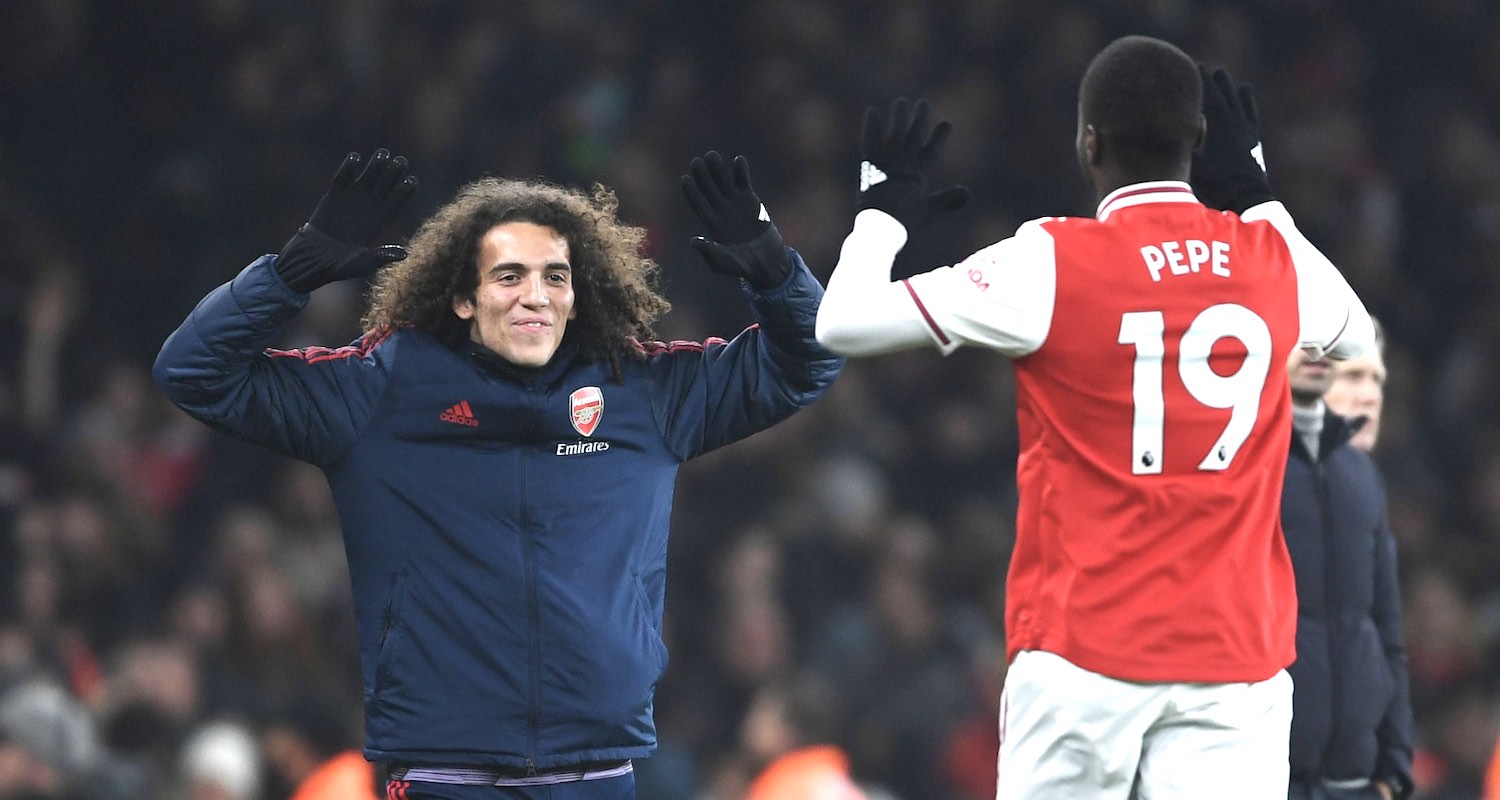 Yesterday’s post about Alexandre Lacazette sparked some interesting discussion here on site, and on social media. Thanks to everyone who engaged with it in the spirit that it was meant – analysis of a first team player who isn’t performing as well as we need him to. No more, no less.

As always though, there’s an element who believe writing about a player they like is part of some vast conspiracy, based – of course – around the ‘agenda’. Quite what this agenda is I don’t know, but the minute you write something they disagree with they’ll tell you that you’re pushing this agenda and that the agenda is at the heart of what you’re saying. I might start using a nom de plume ‘Anna Jenda’ because apparently that’s what I have.

So, in the interests of fairness, or to demonstrate that I have an agenda which involves more than one player, here are a couple of players I think Mikel Arteta will be looking to get more out of when the team return from Dubai and get back in action again.

I think there are quite a number of mitigating factors when it comes to the Ivorian. It’s his first season in English football, there’s always a period of adaptation, a new language, new country, he came into a team which was a mess and got even messier, etc etc. We’re now into the seventh month at Arsenal though, and if alarm bells aren’t ringing, they’re certainly tinkling gently in the background.

The £72m price-tag is nothing to do with him, but it’s a reality that when a club like Arsenal pays that much for a player there’s a measure of expectation that comes with it. Looking at his output, he has five goals and four assists in 27 appearances. That puts him level on goals with Lacazette, behind Martinelli (10) and Aubameyang (16). He has the same number of assists as Martinelli and Calum Chambers, and he’s two behind our most creative player this season, Bukayo Saka (6).

I think we also have to consider the fact that the attacking weight of this team is, and has been throughout the campaign, heavily weighted to the left-hand side. It doesn’t mean Pepe has been ploughing a lone furrow on the right, but it’s certainly a less productive area for us. He hasn’t had the benefit of a player like Saka outside him to combine with or to allow him to push into more central areas. What Mikel Arteta seems to want from his right-sided forward is different to that of the player on the left.

Concerns that he wasn’t used against Burnley are reasonable, I think. We’ve had three coaches this season who have, at times, been reluctant to start him or bring him on as a sub. We have a vague idea this relates to training, or positional/defensive discipline, but nothing concrete. Nevertheless, it still creates a nagging doubt when your record signing is deemed not to be dependable in key games.

So, between Pepe himself and Arteta, we need to find a way to use him that gets more from him. Perhaps the availability of Hector Bellerin might be the thing, a combination that works down that right hand side. Let’s see.

As a former central midfielder, I’m really curious to see what Mikel Arteta might do with Guendouzi. It’s easy to forget that he’s still just 20, and since he joined in the summer of 2018, he’s played 77 games for the club.

He stacks up against Granit Xhaka and Lucas Torreira when it comes to his passing accuracy across all competitions:

And in defensive duels won:

One of things that stands out to me when I watch Guendouzi though, is his heading. I think this is an area that really needs some work. It’s a fundamental part of the game as a central midfielder, and there are times when he challenges for aerial balls where you know he just closes his eyes and leaps like a hopeful salmon towards the ball. The stats bear this out to some extent:

When you consider Torreira is about three feet high (and not rising), that’s interesting, and definitely something that can be improved on. Quite how much, I don’t know. Sometimes his heading looks like a person who can’t kick a football trying to kick a football, but hopefully some.

A lack of final third output from central midfield is something I think will concern Arteta when he looks at this squad. Guendouzi has one assist this season – a really smart pass to Aubameyang to score in the North London derby at home, evidence that there’s ability there to provide a bit more. He hasn’t scored a goal for us since October 2018, the third in a 3-0 win over Qarabag in the Europa League. That seems like something we could look at too.

What I think the manager needs to do is add a measure of control to Guendouzi’s game. He loves it when it gets scrappy, and he becomes the all-action central midfield player. Sometimes it works, other times he looks like the raw 20 year old he is at the heart of it. It was a sad sight to see him under Unai Emery cantering back as we got opened up, caught too far upfield and without the pace, or perhaps determination, to get back quickly enough.

I’m curious to see what happens with him between now and the end of the season, and how he’s impacted by our summer transfer business. It feels like Xhaka and Torreira is Arteta’s favoured combination in central midfield, and I’m not sure Guendouzi’s performance against Burnley will have done much to change his mind in that regard. There were extenuating circumstances with Saka’s injury and Xhaka moving to left back, but I’m not sure it was the kind of performance that will have removed doubts.

There are raw materials there for Arteta to work with, and 20 is still really young for a central midfield player, so how he develops under the new manager is going to be fascinating to watch.

Right, that’s the ag-END-a of today’s blog. Your thoughts and comments are always welcome in the arses, and I’ll be back tomorrow with more, and a brand new Arsecast.