Home Arseblog, the arsenal blog Burnley 0-0 Arsenal: Another draw highlights the need for different personnel away... 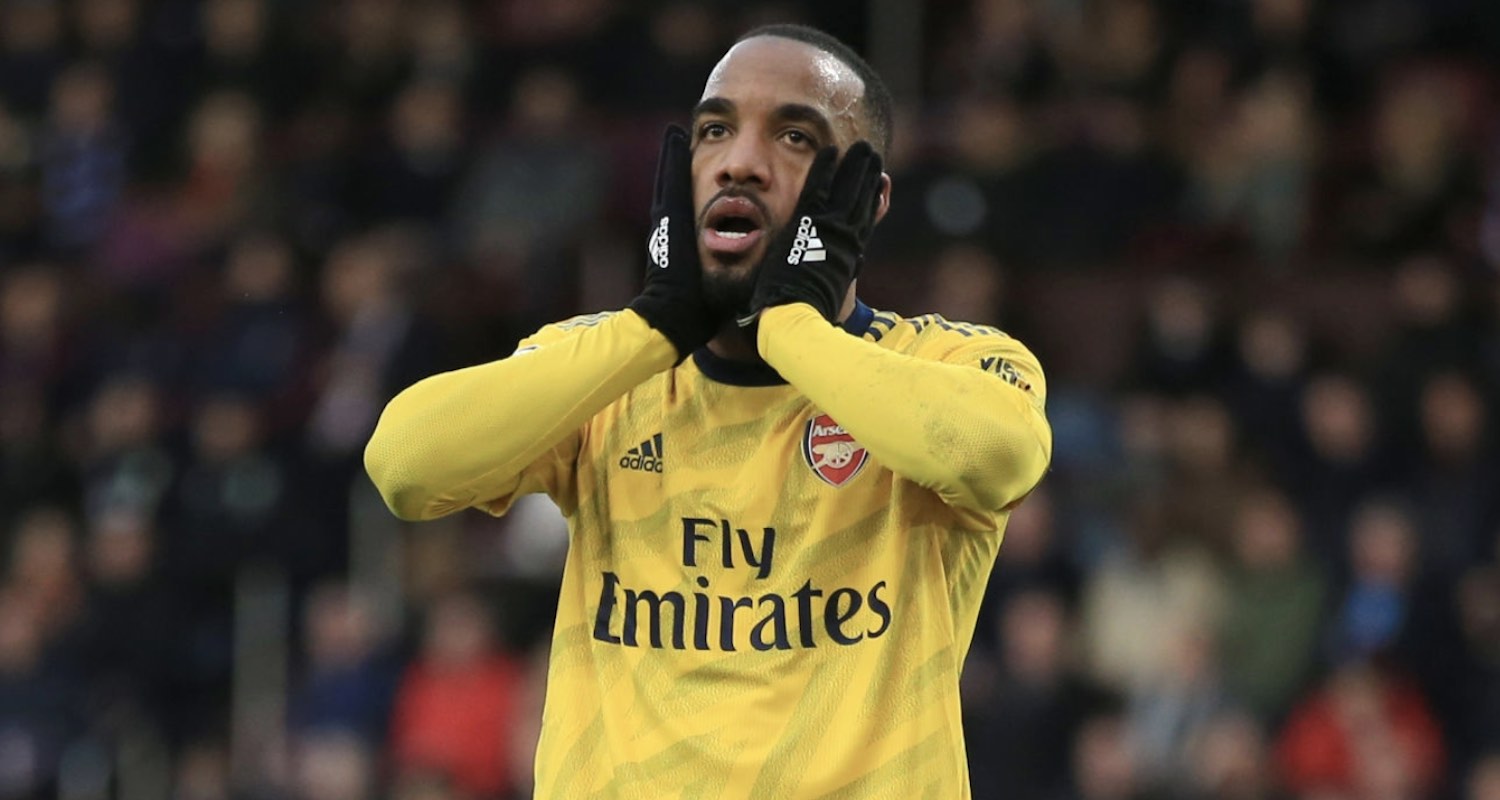 A clean sheet at Burnley might have been more than a touch fortuitous given some of the chances that the home side had, but the records will show that under Mikel Arteta there has been an improvement defensively. What’s clear now is that the new manager is struggling to get this team clicking from an attacking point of view, and yesterday his two experienced strikers let him down in front of goal.

Pierre-Emerick Aubameyang was back from suspension and started from the left, with Gabriel Martinelli to the right of Alexandre Lacazette. The captain should have had an assist to his name in the second minute when his left-footed cross provided his great mate with a free header, but the finish was that of a man who hasn’t scored since December 12th and he planted it wide.

It was Aubameyang’s turn next to spurn a good chance when put through by Luiz. For a finisher as accomplished as he is, the way he skewed the ball wide was quite astonishing. He had another chance later in the half when put through by Xhaka, but couldn’t lift the ball over the keeper, and Lacazette’s general sluggishness allowed a defender to get a tackle away in the box. The Frenchman stayed down on the ground as if he’d been poleaxed, when it was probably just shame.

So, in general it had been a bright start from Arsenal, especially down the left-hand side where Bukayo Saka threatened with some excellent deliveries into the box. He’d picked up an early knock – a knee on knee clash which is always painful – and then must have hurt himself further because in the 25th minute he did that thing when a player lets the ball go out of play and sits down. It never augurs well, but after a few minutes he was back on the pitch.

It was obvious, however, that he was not comfortable. He could barely run, let alone overlap and get into those dangerous positions, yet he was left on until half-time. I can understand trying to give a player a chance to run off a knock, so you don’t use up a substitution early, but it meant we were essentially down to 10 men and the momentum of the game completely changed from then on. Not only we did we lose that threat down the left, we found ourselves under some real pressure.

Burnley should have scored through Jeff Hendrick but he cushioned the ball wide; Tarkowski headed over; Xhaka flicked a defensive header just wide of our own post; and Rodriguez almost got a head to a close range Mee knock-down. We know Mikel Arteta is a new coach who is learning on the job, but the Saka decision was poor and it contributed quite considerably to Burnley’s dominance. Part of it might have been the lack of a genuine replacement, you wonder about the benefit of having someone with versatility of someone like Ainsley Maitland-Niles in the squad, but at the break Xhaka was moved to left-back and Lucas Torreira replaced Saka, moving into midfield.

It didn’t do a lot to change the game though, Burnley were on top and again had chances. We picked up bookings as our play became sloppy and ragged, and the home side failed to make the most of their dominance. Headers went wide when they should have hit the target, we struggled to keep possession and lacked any threat of our own. Joe Willock replaced Mesut Ozil, it made us slightly more progressive, but not much.

As the game headed towards its final stages, Aubameyang headed wide from a Lacazette cross, and almost straight away Burnley missed the best chance of the game. The ball came to an unmarked Rodriguez at the back post but somehow he put the ball off the underside of the crossbar and down onto the line rather than into the back of the net. It was a shocker of a miss, thankfully for us, because I don’t think it was the kind of goal we’d have had the ability to respond to in the context of the game.

It’s fair to say that when you consider the chances they had, we got lucky yesterday. It was something Arteta admitted himself afterwards, and having prepared his team specifically for the kind of threats Burnley would offer, I suspect that’s worrisome for the manager. So too will be the fact that we can’t win games at the moment, it’s like it’s just a step too far in the Premier League, and that was our 13th draw of the season. I suppose the positive is that we’re not losing, and under Arteta we haven’t been beaten since Chelsea in December, but we have to start taking that next step, and soon.

There’s a two week break now during which the team will go to a training camp in Dubai. The manager wants to use the time for some tactical training, and he has the ability to work on things in more depth away from the hectic schedule of match > recovery > preparation > match > recovery etc. Hopefully it will be useful, because as he says himself there is a lot to work on and a lot to improve.

He has plenty to consider himself also. I think he got the Saka thing wrong yesterday, very much to our detriment, so that’s an incident I’m sure he’ll learn from. He also has to consider some of his team selections and what he can expect from certain individuals. I wrote about Mesut Ozil and Alexandre Lacazette in the preview, and I think we saw yesterday that some very serious consideration needs to made to them when it comes to away games.

Lacazette hasn’t scored away from home in the Premier League for almost a year. It was February 9th 2019 when he netted against Huddersfield, since then he’s drawn a blank. For a £50m striker, that’s bad. There’s no excusing that record. He might work hard, but that’s the least you expect from any player. His role in the team isn’t simply about scoring goals, but it’s got to be a big part of it, and he’s not doing it enough. He has just six goals in 22 appearances this season, and the other parts of his game – the hold up play, the linking with others – are also a long way from where they should be. He’s very badly out of form right now.

As for Ozil, he wasn’t particularly bad yesterday, but it was yet another away game which passed him by without any tangible contribution. You have to go all the way back to January 30th 2018 to find the last time he provided a Premier League assist away from home, which is a remarkable stat for a player of his stature. He has played in every league game since Arteta took over and failed to score or assist. The accusation you see leveled at him is that he’s lazy, but I don’t think that’s true at all. I bet if you look at the sprints etc, he’ll match up with almost any player. He is working hard, but based on what he is producing, it’s hard to escape the feeling that he is basically a spent force, and away from home that’s even more obvious.

At some point when attacking players fail to give you the things they are supposed to, you have to give someone else a chance. I realise it’s difficult, and that the squad isn’t necessarily replete with options, but when you pick two players who haven’t done anything away from the Emirates for as long as they have, you can’t expect to play as well as you would like, and also win games. You’re handicapped by their consistent lack of contribution.

The other big question for me yesterday is why Nicolas Pepe wasn’t brought on. I think it’s ok to start to worry a bit about him now. Maybe he had a knock, maybe Arteta didn’t think he’d be up to the defensive challenges posed by Burnley, but when you’re trying to win a game and you don’t use your £72m record signing, it’s not unreasonable to have questions about that. Not simply about the decision not to use him, by the way, but the reasons behind that decision. Arteta, like Freddie and Emery before him, has specifically referenced the need for the player to do more to earn his place in the team, so if it’s that again, it’s concerning.

Similarly, Nketiah for Lacazette in the 89th minute was odd. It gave the sub no time to make an impact, and that was a change that could and should have come well before that stage of the game because of how poor Lacazette was throughout. All in all, a disappointing day against a difficult opponent, and hopefully one Arteta can learn lessons from. This is a team which has a lot to do still, and with a manager who is learning on the job in a big way. There were always going to be ups and downs, yesterday was a bit more the latter than the former, but he’s barely been a month in the job and we can all understand how trying to circumstances were when he took over.

Let’s hope now that he understands his players a bit better, and with the benefit of the two week break upcoming, he can make the right decisions and get us winning games again.

James and I will be recording the Arsecast Extra early this morning. As ever if you have questions or topics for discussion, send to @gunnerblog and @arseblog on Twitter with the hashtag #arsecastextra – or if you’re on Arseblog Member on Patreon, leave your question in the #arsecast-extra-questions channel on our Discord server.

The podcast will be out for you mid-morning. Until then.